'They Go to Work, Come Back, and Starve.' Why Immigrant Families Are Avoiding Food Assistance | Civil Eats

‘They Go to Work, Come Back, and Starve.’ Why Immigrant Families Are Avoiding Food Assistance

Even though the ‘Public Charge’ rule has been blocked, fewer immigrants nationwide are accessing SNAP and other programs. But food assistance groups aren't giving up. 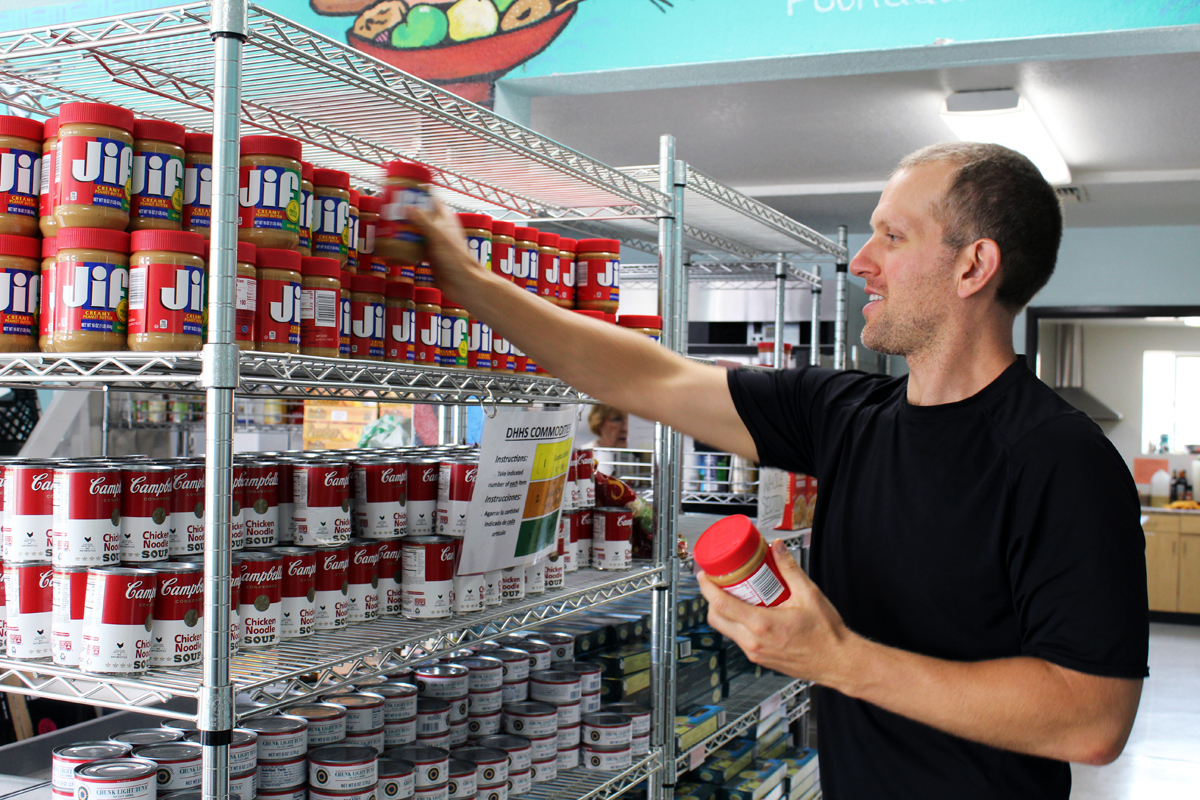 November 2, 2020 update: The U.S. District Court of Northern Illinois today blocked implementation of the Trump administration’s public charge rule, although that decision will likely be appealed to a higher court.

A man recently came into the office of the Arab Community Center for Economic and Social Services (ACCESS) in Dearborn, Michigan, insisting that he be disenrolled from nutrition assistance and health care benefits. Though he has a job, the programs are an important source of support for his family.

Rima Meroueh, the community engagement manager at ACCESS, said her client was fearful of jeopardizing his permanent resident status. And he’s not the only one: Every day, five or six people come in asking the same question, Meroueh said, even if they will not be affected by the rule change.

Late last week, a federal judge imposed a preliminary injunction on sweeping changes to the “public charge” rule proposed by the Trump administration. The changes, which were expected to go into effect on October 15, aimed to broaden the categories of public assistance that could be taken into consideration in applications for permanent resident status. Immigrants who receive food assistance through the SNAP program, health care through Medicaid, or federal housing assistance for certain lengths of time, would have been be ruled “public charges,” and as a result would have had their green card applications rejected.

Despite the injunction, the impacts of the proposed rule have already been seen across the country. Since a draft executive order was leaked in 2017, more families have retreated from all sorts of public assistance. An Urban Institute survey found that one out of seven adults reported that they or a family member had avoided a benefit program last year out of fear that it would hinder their ability to get a green card.

All over the country, organizations that enroll people in SNAP are noticing the impact. “We’ve had a harder time getting people to sign up over the past two years,” said Suzanne Willis of central California’s Santa Cruz County Food Bank. “And now we have a lot of people saying they’re just not going to sign up because of this public charge rule.”

But groups like Willis’s aren’t giving up. Through outreach, innovative food delivery programs, and changes in recordkeeping, organizations in large cities and rural counties alike are trying to find ways to keep immigrant families connected with food assistance programs as fear spreads that accepting benefits could hinder their citizenship status. Many say the biggest challenge is combatting confusion.

Until now, only certain cash benefits programs, such as the Temporary Assistance for Needy Families program, have been taken into account by immigration officers. Now, they’re also looking closely at applicants’ use of programs such as SNAP, Medicaid, Section 8 housing vouchers, and federally subsidized housing.

According to the Migration Policy Institute, only 3 percent of noncitizens nationwide used the type of benefits that would be considered under the old public charge rules. The new rule would increase that number to 46 percent.

The change only impacts future green card applicants; refugees, people seeking citizenship, and current green card holders would not be directly impacted. But, according to Paul Fleming, a University of Michigan researcher who has been studying immigrants’ access to public services, the rule has had a chilling effect on a broad range of people.

“The threat … has spilled over onto immigrants with all different types of legal statuses, everywhere from citizens to undocumented folks,” Fleming said. 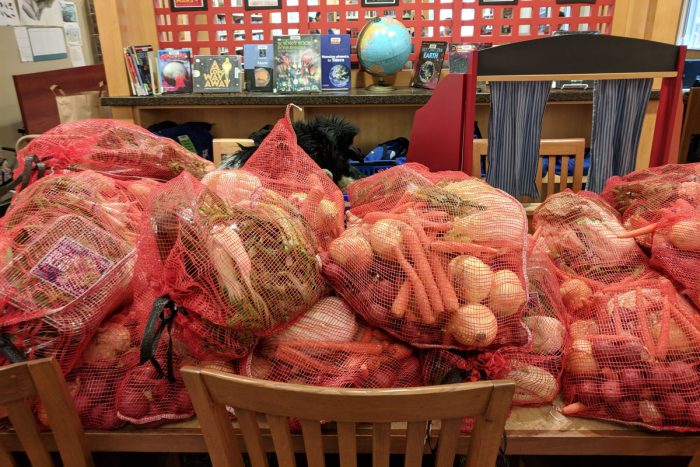 The rule change comes in the context of a larger crackdown on immigration that has impacted families’ access to food, according to Fleming.

“We heard stories of families who are limiting trips to the grocery store, or not being able to access food because of fear of leaving the house,” he said. “There’s a way in which the broader environment connects to an amplified food insecurity for immigrants.”

When people hear on the news and from neighbors that using programs like SNAP could endanger their immigration status, it can have a powerful ripple effect.

Many families have been through “hell” to get to the U.S., said ACCESS’s Rima Meroueh. “They’re not thinking about health care or about food on the table. They’re thinking about their children’s future.”

In Dearborn, Meroueh said that many noncitizens have been resolute in their decision to stop accepting benefits, even after hour-long conversations.

“Every single person I have spoken to who has asked to be removed from some kind of public benefit is a green card holder, and is not impacted by public charge,” she said.

To help their case, ACCESS recently hosted a clinic to allow people to meet with immigration attorneys for free to discuss their situations. In some ways, Meroueh said, the event worked. One woman told her she had been prepared to take her whole family off of Medicaid before she spoke with a lawyer.

But, the organization is aware that many people didn’t attend the event because they were afraid it was being monitored. Also, Meroueh said, it’s impossible to accommodate everyone. Next, ACCESS plans to try to reach people at churches, mosques, and community centers.

In Santa Cruz, nighttime Immigration and Customs Enforcement (ICE) raids has heightened the feeling of insecurity, says the food bank’s Willis. She has seen a steady flow of people coming in to hand in their cards for CalFresh, California’s SNAP program. Many are from families with mixed immigration status, she said. Even if the recipient won’t be impacted by the new public charge rule, they’re fearful of what it could mean for other family members, especially if someone is undocumented.

But, as people withdraw from SNAP, Willis said there are concerns that other resources will be stretched thin. “The food bank really couldn’t cover everything that SNAP benefits cover.”

The organization has been trying new ways to reach food-insecure immigrant communities in ways that make them more comfortable. Approached by a group that works with local migrant farmworkers, it started running a covert mobile pantry that sets up in alleyways. The location is spread only by word of mouth. 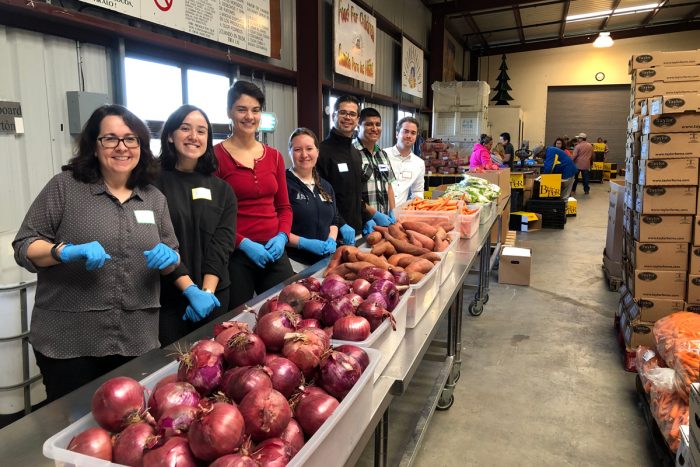 “They were even afraid to going to grocery stores,” Willis said. “They’d go to work, come back, and starve.”

Food For People, which serves the rural region of Humboldt County in far Northern California, has also observed a decline in the number of Latino families picking up food as immigration enforcement has ramped up, says executive director Anne Holcombe.

After years of working to get families to participate in benefits such as free or reduced school meal programs, it has been frustrating to see the sudden shift, Holcombe said.

They’ve tried to stem the flow by distributing food through a partner group, Centro Del Pueblo, which represents the immigrant community. The organization has also made an effort to make the experience of accessing assistance more comfortable for immigrants, Holcombe said. For example, they no longer take down names at the mobile produce pantry they send to the region’s most remote areas. And when people come into the food bank, where they can browse shelves and select the goods they need, they are also told they don’t have to give their real names.

Bertha de la Cruz, a Food for People outreach specialist, says the changes seem to be making a difference. Last week in Fortuna, California, for instance, she noticed there were more Spanish speakers at the mobile pantry.

Anti-hunger groups in New York City started noting a decline in enrollment among immigrant families after the rule change leaked, according to Jerome Nathaniel of food rescue organization City Harvest. The New York City Department of Social Services in June reported that 25,000 non-citizens who are eligible for SNAP left the program between 2017 and 2019, which officials link to the fear of facing immigration consequences.

Although City Harvest never asks people about their immigration status, Nathaniel said that the organization has anecdotally seen a decline in attendance at mobile food distribution markets, which take place at community centers. So far, the organization hasn’t made changes to its operations, but, he said, they’re monitoring the situation.

“Regardless of whether the rule impacts the family technically, it already impacts them because of that chilling effect,” Nathaniel said.