The Food System Needs Whistleblowers, Too

After the USDA recently handed over responsibility for food safety in pork production to the industry itself, a government accountability advocate urges greater protection for whistleblowers. 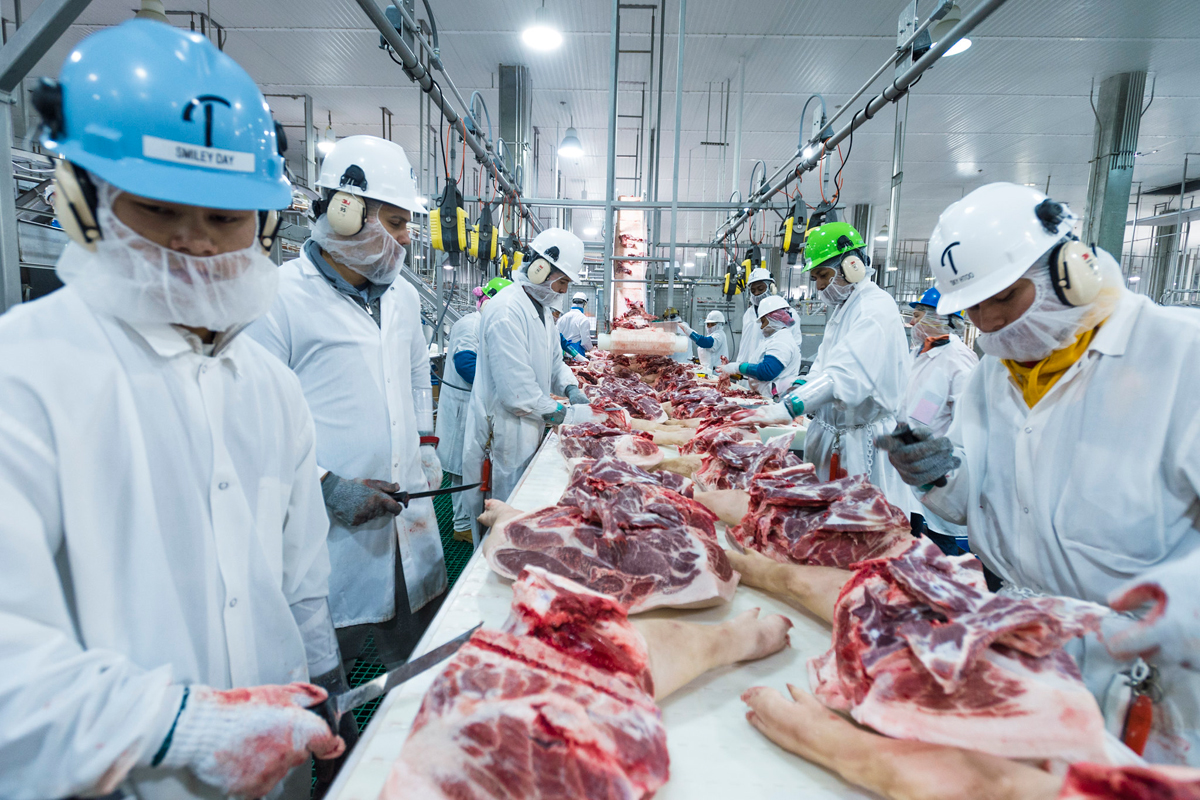 Whistleblowing is making headlines. But the Trump administration’s willingness to retaliate against whistleblowers isn’t limited to the intelligence community. Only a few weeks before the call with Ukraine president Volodymyr Zelensky went public, the U.S. Department of Agriculture (USDA) implemented a new rule that will to do away with some of the most important whistleblowers in the food system.

With little fanfare, the USDA’s new rule changed meat inspection standards for pork. Not only will this allow meat processing facilities to speed up their lines, it also quietly allocated food safety responsibilities that were once performed by federal meat inspectors to plant workers who have no ability to safely speak out against their employer’s wrongdoing.

While USDA meat inspectors are federal employees who have robust whistleblower rights, many of the newly charged plant workers are immigrants who historically face structural barriers to speaking out and are offered little incentive to do so—or protections if they do speak out. Under the current administration, which has no reservations about fomenting anti-immigrant sentiment, the sense of fear about telling the truth has become even greater.

Whistleblowers play a crucial role in society, and in the food system. They have been warning us that how we eat affects the welfare of animals, the safety of workers, and even the changing climate. Activist farmer Craig Watts bucked his contract with Perdue and allowed cameras into his poultry barns to witness the deplorable conditions of the company’s chicken houses. Phyllis McKelvey, a former meat inspector, spoke up on behalf of vulnerable workers at her plant. She gathered over 100,000 signatures to stop a poultry rule that would harm workers, animals, and the environment. And as recently as this summer, Centers for Disease Control public health and climate expert George Luber was politically persecuted and reassigned for challenging the White House on climate issues and refusing to be censored.

I’ve been working on behalf of whistleblowers like these for over a decade, and Government Accountability Project has been working with whistleblowers of all stripes for over 40 years. Through the years, I have learned that, although food safety doesn’t grab the public’s attention to the same extent as national security does, it is every bit as critical.

No matter the sector, whistleblowers are internal watchdogs deputized to be on the lookout for waste, fraud, and abuses of power on the job. The knowledge one attains from that type of proximity is irreplaceable. Whistleblowers actually know wrongdoing when they see it. Only a stockbroker would have access and the capacity to understand a misrepresentation on a Securities and Exchange Commission filing. Only a swine inspector would know the risk of a sick pig making it to market, and understand that a test was compromised.

Whistleblowing is a powerful tool. It can safeguard the sanctity of both the U.S. presidency and your dinner. What this means for anyone who eats (i.e., everyone) is that the only way to ensure our food system is safe is by protecting people on the ground—the whistleblowers who must be able to speak out without fear of retaliation. Food safety is inextricably bound to commonly held notions of worker rights. The recent pork rule undermines that basic understanding, and the USDA should include worker issues as a critical control point for food safety.

Have we finally lost our taste for corruption? If the answer is yes, we must continue to stand for whistleblowers, no matter how unsavory their truth.

Amanda Hitt is the Director of Government Accountability Project’s Food Integrity Campaign (FIC). Amanda oversees FIC operations and is responsible for ensuring that FIC fulfills its mission of enhancing food integrity by facilitating truth-telling. To do this, Amanda works closely with partner organizations, clients, legislators, and the media to alter the balance of power between the food industry and consumers. She acts to protect the rights of those who speak out against the practices that compromise food integrity, and empower whistleblowers and food activists. Amanda has a background in both law and public health. She graduated cum laude from the University of Baltimore School of Law and received her Master of Public Health from Johns Hopkins. She has clerked for the Equal Employment Opportunity Commission, worked in private practice, and taught as an Adjunct Professor of Law. Read more >