Is Compost the Secret to Making Ag Climate Friendly?

A new study finds that adding compost to farmland can offer deep benefits for storing carbon and building healthy soils. 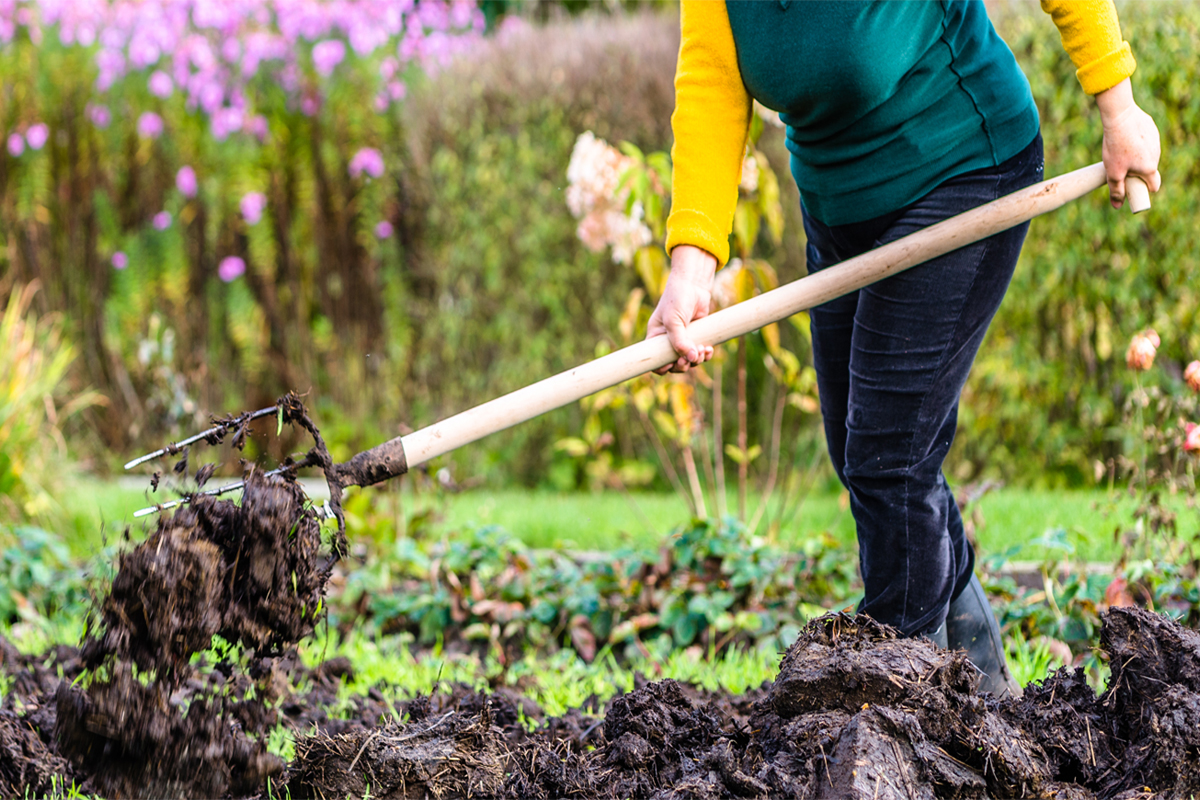 It’s no secret that organic farmers believe in compost, but just what role compost plays in soil’s ability to store carbon—and keep it out of the atmosphere, where it contributes to climate change—has been less clear. A recent study out of the University of California, Davis suggests that compost plays a larger role than once thought in building soil carbon. It also found that carbon levels fluctuate more in deeper soil than most evaluation methodologies tend to account for. In practical terms, the findings could mean compost has been undervalued by agricultural incentive programs, and that we’ve been measuring carbon levels in soil all wrong.

Nicole Tautges, co-author of the study, says it wasn’t a surprise to find that compost is good at helping soil store carbon—it’s where exactly it does this that was revealing. “The surprising piece was that it raised soil carbon between one and two meters deep. Because the big question is, ‘How does the carbon get down there when we’re only applying it in the top foot?’” adds Tautges, the chief cropping systems scientist at the U.C. Davis Agricultural Sustainability Institute.

Her team has hypothesized that it has to do with how water moves through soil, and they plan to continue studying its movement. But just demonstrating the importance of soil depth could be significant, both for increasing the value that farmers and policymakers place on compost application and also, eventually, for how soil carbon measurements are taken. “When you only measure the top foot, there’s potential to both over- and underestimate carbon storage in our agricultural soils,” says Tautges.

In the study, which was published this summer in the journal Global Change Biology and conducted at a long-term research site the university initiated in 1993, the researchers measured soil organic carbon at five different depths down to two meters over a period of 19 years. They compared the carbon levels across a number of different cropping systems—conventional, conventional with cover crops, and one that included the application of compost alongside cover crops.

Researchers found that systems using cover crops alone not only failed to store more carbon, they actually lost significant amounts of carbon in the soil below about a foot deep. The system that used both cover crops and compost, however, had significantly increased soil carbon content over the length of the study—about .7 percent annually. That may sound like a small number, but it’s enormous in the context of soil, where change is slow and gradual. The “4 per 1,000” initiative has called for a 0.4 percent increase in soil carbon annually around the globe as a way to combat climate change.

The U.C. Davis researchers didn’t study the effect of compost alone, without cover crops. That may be a focus of future research, but Calla Rose Ostrander, director of the Carbon Project at the People, Food & Land Foundation, who has worked with the Marin Carbon Project for the last six years, likes that they didn’t separate it out. She sees compost as crucial, but only if it’s used as part of an approach to farming that’s sustainable in a holistic way.

“I think we have this desire to say, ‘What’s the quick fix?’” says Ostrander. She doesn’t want people to see compost as a silver bullet — spreading it on their farm without doing anything else to improve the soil. “You still need to manage for the whole ecosystem,” she adds.

As interest in regenerative agriculture and carbon farming picks up, this kind of research will be vital to ensuring it’s done right. “When you have these very degraded systems, adding the carbon, and the nutrients and the biology that comes with compost,” says Ostrander, “helps heal the soil and get the system back up to the point where it can be regenerative.”

Tautges hopes that the study will be part of a growing body of evidence that will lead to compost being included more often in the list of practices that farmers are being paid to adopt. California already does this, through its Healthy Soils Incentives Program, and a handful of other states have put similar efforts in place. While several of the Democratic presidential candidates have expressed interest in increasing funding to existing conservation efforts and focusing them more clearly on carbon capture, there is currently very little effort at the federal level.

“If we’re going to take taxpayer dollars and give them to growers to add carbon to their soils, as sort of this climate change-offsetting effort, I think it’s really important that we identify where we can get the most bang for our buck,” Tautges says.

The U.S. Department of Agriculture’s Natural Resources Conservation Service (NRCS) is the main agency charged with encouraging practices that build soil health—and it currently recognizes cover cropping, but doesn’t place much value on compost. Karen Leibowitz, executive director of the Perennial Farming Initiative and its Restore California effort, says that’s an outdated policy, as compost has been shown over the last several years—not just in this study—to be more effective in helping soil sequester carbon than it has been recognized for to date.

“The NRCS is working with a very established set of practices that does not include compost application,” she says. “It doesn’t make the same estimates of compost application that the new science does.” NRCS did not respond to multiple requests for comment.

And, Leibowitz points out, the importance of good soil management cannot be overstated. The U.N. Food and Agriculture Organization has estimated that if current trends continue, the world has less than 60 years’ worth left of topsoil.

“For human beings to survive, we really need to have the capacity to grow food in soil,” says Leibowitz. “These issues are really urgent.”