Corner store conversion projects not only aim to combat food insecurity, but also recognize the tremendous influence these stores have on neighborhoods. 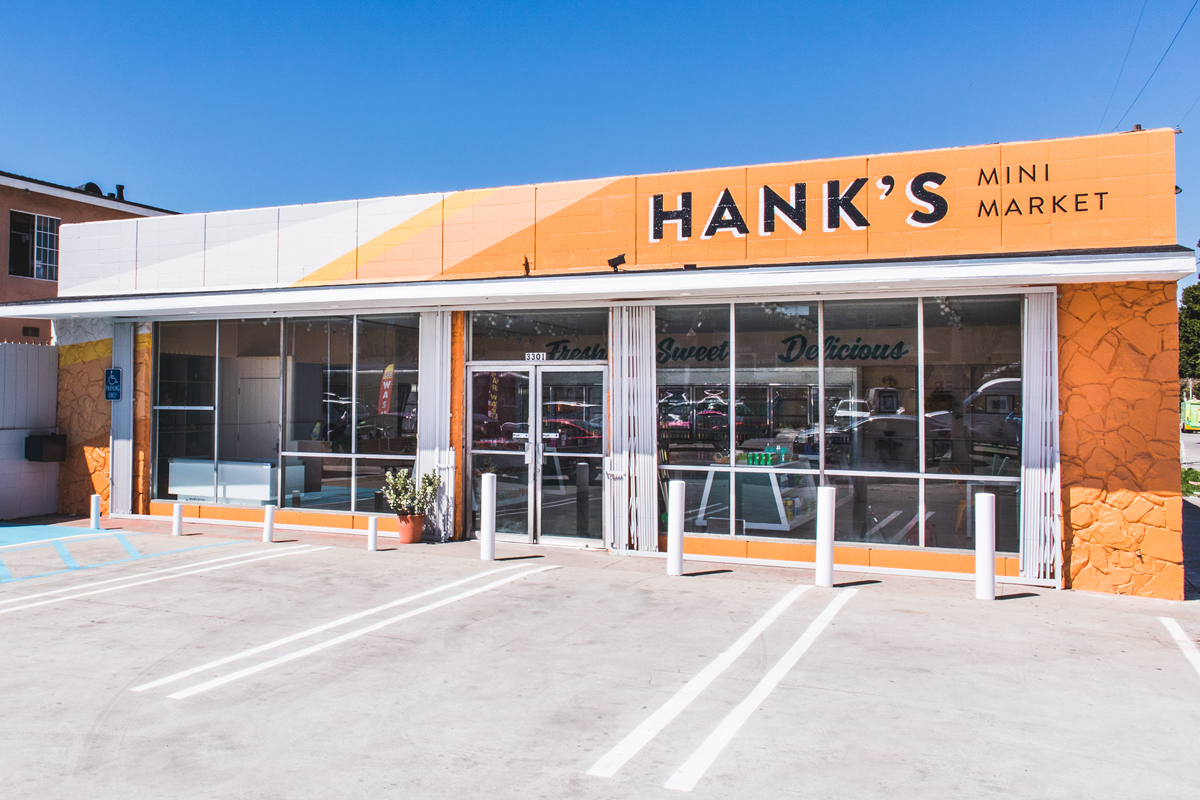 Twenty-seven years ago, Maria Guadalupe Olague was a single mother struggling to raise twins. She’d come to Los Angeles from Mexico and opened a business to provide for her family and fulfill the American Dream.

“She became a woman entrepreneur as a necessity,” her daughter, Luz Arango, told Civil Eats. “She poured all of her money into starting a market.”

Just a few miles from Downtown Los Angeles, Olague opened Lupita’s Corner Market in the city’s Westlake neighborhood. Nearly three decades later, the store still exists, standing out as one of few in an area with a dearth of grocery stores. For years, it has sold the typical corner store fare—soda, chips, and candy. But now that’s changing as a result of Lupita’s involvement in the Healthy Neighborhood Market Network. A project of the LA Food Policy Council (LAFPC), the Network equips small business owners in economically disadvantaged communities with the support they need to sell the kinds of food that are hard to come by in many neighborhoods.

“While many economic development plans focus on the attraction of big box stores, LAFPC recognizes that we should first invest in existing neighborhood assets like local convenience stores,” said Rudy Espinoza, executive director of Inclusive Action for the City, a Los Angeles-based community development organization. “By investing in these stores and the micro-entrepreneurs that run them, the LAFPC is supporting local jobs and increasing healthy food access.”

Each year since 2014, the Network has chosen a group of corner stores to transform with structural and cosmetic upgrades, and increase the stores’ capacities to carry a wide range of foods. It’s a shift the LAFPC asserts is key to making people healthier in low-income communities like Westlake. 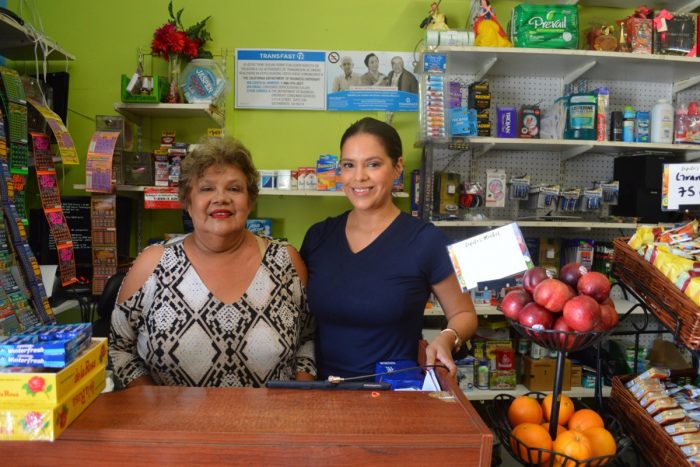 “It’s really important to have places where you can access foods beyond chips and sports drinks,” said Sarah Portnoy, a professor at the University of Southern California and the author of Food, Health, and Culture in Latino Los Angeles. “There may be some produce in some corner stores, but if it costs a dollar for an apple and a dollar for a banana, how could you feed a family of five on that?”

Renovating neighborhood markets has become something of a national trend. Since 2004, the Philadelphia-based Food Trust has led a healthy corner store initiative that operates similarly to the Healthy Neighborhood Market Network initiative, and the Lexington, Massachusetts-based reality show the Bodega Makeover Project even transforms these markets for an online audience.

But with roughly 1,300 small markets concentrated in low-income communities of color, Los Angeles has a gaping need for corner store conversions. The projects not only aim to combat food inequality, but also to recognize the tremendous influence corner stores have on neighborhoods. In these relatively small spaces, storeowners get to know their patrons’ names and life stories; the stores also serve as gathering spaces for communities during times of crisis. Given this, transforming these institutions has the potential to change entire neighborhoods.

“With this whole remodeling process, it’s not only about interior and exterior fixes,” said Arango, who now owns and runs Lupita’s, although her mother remains a presence there. “We’ve known many of our customers since elementary school, and we have a great relationship with them, so we can really do good by changing the environment … and the products we sell.”

The Need for Corner Store Conversions

Low-income neighborhoods are three times as likely as affluent ones to have small neighborhood markets, and typically have only half as many full-service grocery stores, according to the LAFPC. Collectively, these conditions can result in unbalanced diets, at best, and serious medical conditions such as Type 2 diabetes, at worst.

Aarti Ivanic, a professor of marketing in the University of San Diego School of Business, has researched the role that race and class play in food marketing. She said the lack of healthful foods in corner stores poses a serious problem for low-income people without the means to drive significant distance to buy fresh fruit and vegetables. 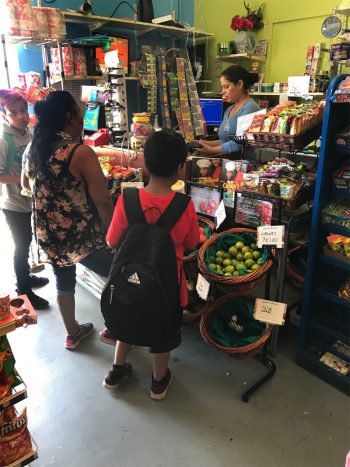 “The default response is, ‘I’m not going to buy produce anymore,’” she said. “And if you have $2, and you need something to fill you up, you’re going to spend it on a Snickers bar, not on produce.”

Complicating the problem is that fruits and vegetables may actually be less fresh and more expensive in low-income communities.

Situated near four small public high schools, Lupita’s is a go-to source of food for students and families in Westlake. Awareness that so many children and parents patronize the corner store had long made Arango and her mother conscious about the foods sold there.

Operating a deli on the premises for the past four years has helped. “I see kids and how they eat, so my mother would make tortas and sell them for low prices,” Arango explained.

But she didn’t want to stop there, so when she was approached about taking part in the Healthy Neighborhood Market Network about two years ago, she didn’t hesitate to get involved. The LAFPC helped the store become a WIC vendor, in addition to the SNAP benefits that Lupita’s also accepts. Accepting both programs will allow Lupita’s to serve families who would not otherwise be able to afford multiple servings of produce. With the council’s help, Arango also began to educate herself about food access and inequality, leading her to begin displaying fruit more prominently and work with healthy snack distributors to sell more alternatives to junk food.

Now, she has closed the store temporarily as it undergoes a redesign, conceived of by Gensler Los Angeles and executed by Build Group Construction Company, Inc. After the overhaul, Lupita’s will contain more open space and more seating for customers, Arango said. The makeover will also allow the corner store to offer a wide range of produce and hot dishes to patrons. The chips and soda won’t disappear; customers will simply have the choice to buy more nutritious foods should they prefer. Lupita’s is expected to reopen on August 26, with a grand reopening event scheduled for mid-September.

“We have basically created a new environment,” Arango said. 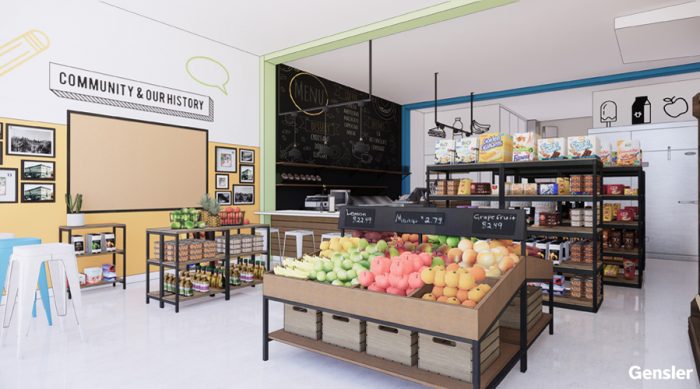 A rendering of the remodeled interior of Lupita’s Market by Gensler, the project’s designer.

“Every store is different, and every success is different,” she said. “We come across so many different types of corner stores that we make this a really organic process.”

Budgets vary for each project as well. While it will cost about $65,000 to redesign Lupita’s, it cost more than $100,000 to remodel Hank’s Mini Market, a store that was upgraded last year.

In addition to giving each store the tools to help communities access healthful foods, Velasquez said, “We also want to make sure the business is sustainable and making money.”

The Impact of Healthy Neighborhood Markets

At liquor stores in particular, alcohol can be a business’s most profitable product. Before Hank’s Mini Market received a makeover last year, it “looked like a typical liquor store, with a high concentration of alcohol, chips, and sugary foods,” Velasquez said. 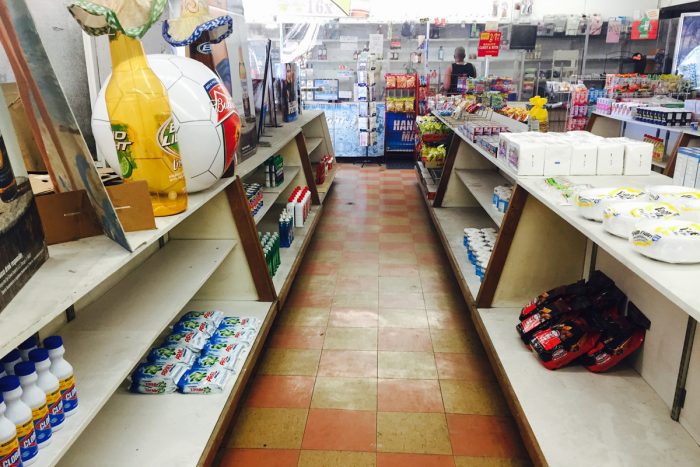 But the Network never suggested that Hank’s stop carrying alcohol. They just wanted the corner store to increase its stock of produce and display fruits and vegetables as prominently as it had marketed alcoholic beverages and junk food. Hank’s transformation has succeeded largely because it was careful not to alienate customers during the store’s transition and subsequent rebranding, Jackson said. Before its transformation, the store didn’t carry any fruits or vegetables; today it carries a variety of produce, including tomatoes, lettuce, bell peppers, onions, watermelons, peaches, mangoes, and citrus.

Corner stores often have large ads for harmful products such as liquor and cigarettes, and “young people get drawn to that,” Ivanic said. She calls the removal of such ads a great first step. Changing the layout and marketing of corner stores is also huge, she added.

One challenge is ensuring that healthier items are sold at affordable prices. Portnoy recalled visiting bodegas that experimented with selling more produce, only to remove fruits and vegetables from their inventory six months later. Customers weren’t buying them, perhaps because they couldn’t afford them, she said.

The corner stores that have succeeded in these efforts “are able to offer healthy and culturally appropriate food at a healthy price point,” Portnoy said. 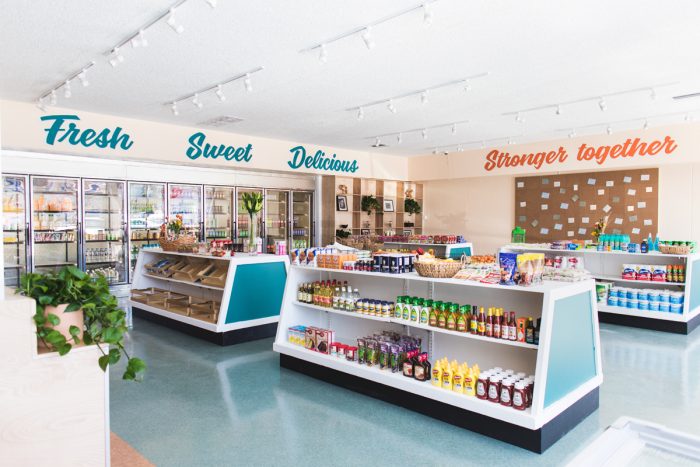 That’s where getting approval to accept WIC and SNAP come into it. And for Hank’s, selling produce has been a winning strategy. Since its redesign last year, revenues have jumped by 300 percent and continues to increase.

“That is an incredible story,” said Kirby Bumpus, the head of social impact and inclusion for Sweetgreen, the restaurant chain that funded many of the upgrades to Hank’s Mini Mart. In 2017, Sweetgreen representatives went on a Los Angeles corner store tour hosted by the LAFPC and decided to do their part. They met Hank’s owner, Kelli Jackson, and were “blown away by her drive, passion, and commitment to community,” Bumpus said.

Since Lupita’s has yet to complete its redesign, Arango does not know exactly how the change will affect customers’ eating habits, but she said the idea that young people only crave junk food is inaccurate. Lupita’s staff has already seen neighborhood youth respond to the early changes it made. “A lot of them play sports and haven’t had access to healthy foods, so when you give it to them, they take it with open arms,” she said.

Arango is working with a chef to expand the menu items in the deli. But, she says, the market will continue to consider the culture of the community. Westlake is comprised of a high number of immigrants, with two-thirds of residents born in Mexico and Central American countries including El Salvador and Guatemala.

In South LA’s Hyde Park neighborhood, Hank’s serves Latinx and African American customers. It has introduced alternatives to chips, such as rice cakes and chickpea puffs, and low-calorie cookies from the Maxine’s Heavenly brand.

“We’re not pushing people to eat healthy,” Jackson said. “We’re meeting people where they are and creating more options.” 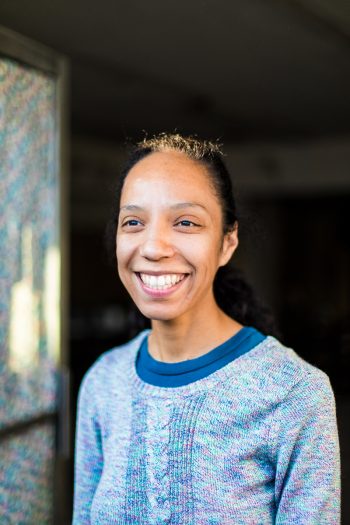 Espinoza, of Inclusive Action for the City, said that the work the Network has drawn more attention to underserved communities and the entrepreneurs doing business in them.

“I’ve seen firsthand how a corner store ‘conversion’ not only increase the capacity of the store to sell more healthy food, but also shines a bright light on the … communit[ies] and the entrepreneurs that don’t get nearly enough of the praise they deserve,” he said.

Jackson’s family has owned Hank’s for 22 years, and she’s taken part in community discussions and panels. The makeover opened up enough space in the store to allow for a community room for nutrition and art workshops as well as discussions about social justice issues.

Bumpus applauds Hank’s for serving as a “safe space in the neighborhood.”

“They have had everything from a book club to birthday party to nutrition education classes. It’s really great,” she added.

In March, when rapper Nipsey Hussle was gunned down in front of his Hyde Park clothing store a little over a mile from Hank’s Mini Market, Jackson allowed community members to create a chalk memorial for the musician in her parking lot.

And in the Westlake neighborhood, Lupita’s has an ongoing relationship with nearby schools. When teachers in the Los Angeles Unified School District went on strike in January, the store provided food for the educators and allowed them to store their picket signs and other strike materials inside.

Arango takes pride in making Lupita’s a place the community can count on in times of need.

“In a lot of the conversations I’ve had with people, they always say they remember that corner store or market in their neighborhood when they were growing up,” she said. “So, we’re really working hard. We’re giving 110 percent to make a difference.”

All photos courtesy of the LA Food Policy Council.