It was once thought Black farming communities would vanish by 2000. But families who run these farms are continuing this important work. 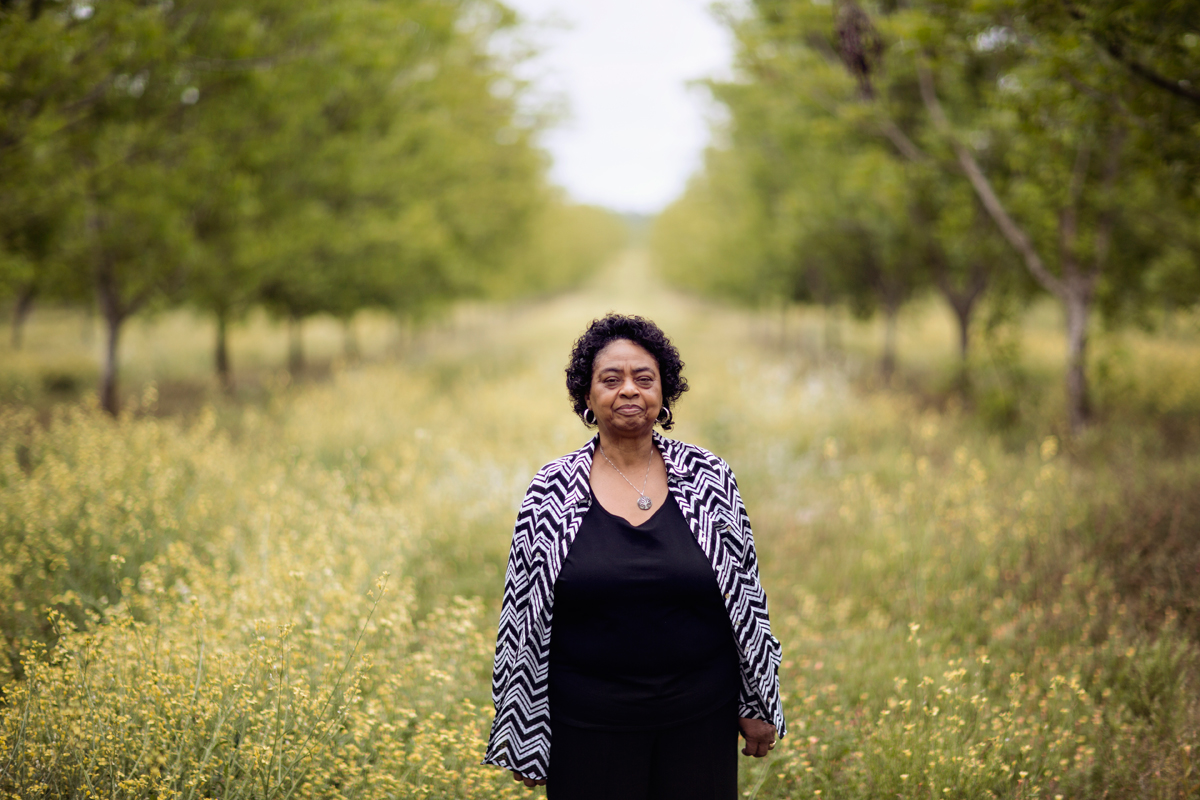 Shirley Sherrod co-founded New Communities, a Black farming community in rural Georgia. But there was a time when she wanted to leave farming far behind.

As a teenager, Sherrod dreamed of leaving the South. Her mind traveled north—away from the white sheriff, known as “The Gator,” who ruthlessly and violently patrolled the area’s Black residents. Away from her family’s farm and the back-breaking days spent picking cotton. Away from the segregated schools.

But in March 1965, her senior year of high school, Sherrod’s father was shot by a white farmer during a disagreement over wandering cows. He lingered in the hospital for 10 days before he died. On the night of his passing, she prayed.

“I was trying to find an answer, and the thought just came to me,” she says. “You can give up your dream of living in the North to stay in the South—and devote your life to working for change.”

A pruner walks between rows of Satsuma mandarins on the New Communities farm in Dougherty County, Georgia in May 2019. Photo by Mike Kane for Marguerite Casey Foundation’s Equal Voice News

And so, she stayed. After graduating, Sherrod became deeply involved in civil rights organizing. A few years later, her mother became the first Black elected official in the county. Her younger sisters, along with 15 other Black students, integrated the schools.

And one day in 1965, Rev. Charles Sherrod, an organizer with the Student Nonviolent Coordinating Committee (SNCC), knocked on Shirley’s door during a canvassing route.

A Farm Marred by Injustice

In the 1960s, a group of Georgia organizers that included Shirley and Charles Sherrod began to talk about creating a community. Black families were increasingly being evicted by white landlords for participating in civil rights organizing or registering to vote.

In 1969, the organizers purchased 5,735 acres in Lee County, Georgia and established New Communities, Inc., an intentional community with a goal of full self-sufficiency. The concept was based on the traditional Israeli kibbutz, a communal settlement often centered around a farm operation.

At the time, New Communities was the largest tract of Black-owned land in the United States and the country’s first community land trust, described by the organizers as “a nonprofit organization to hold land in perpetual trust for the permanent use of rural communities.”

With assistance from consultants and a planning grant from the Office of Economic Opportunity, the group planned to build 500 family homes, a railroad track, health and educational systems and a farm operation.

But white farmers soon began to protest and approached officials to complain about their new Black neighbors. They shot their guns at buildings where New Communities members were working or meeting. Eventually, the governor vetoed all federal money for the project.

Though New Communities was without the necessary funding for much of the planned infrastructure, they successfully built a day care center, grocery store and office buildings. But they primarily turned their attention to the farm. 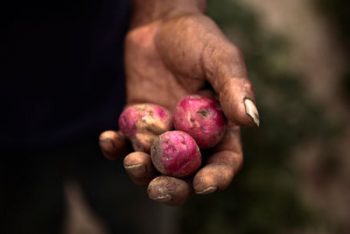 “Farming was what we knew we could do,” says Shirley. “We made the decision to try to farm and hold onto what we had.”

The farm thrived. New Communities cultivated over 1,800 acres and operated a greenhouse and farmers’ market.

They raised livestock and built their own slaughterhouse, becoming known for their cured meat.

But in 1976, drought hit. After two years of drought, the group approached the local Farmers Home Administration (FHA) office for an emergency loan.

A white county supervisor told them: “You will get a loan here over my dead body,” Shirley recalled.

New Communities requested intervention from Washington, D.C. next. It took three years for the emergency loan to be approved, and by then multiple years of drought had decimated the operation.

Cypress trees line the shores of a small lake on the property of New Communities in Dougherty County, Georgia in May 2019. Photo by Mike Kane for Marguerite Casey Foundation’s Equal Voice News

Fifteen years after its inception, New Communities was lost to foreclosure.

“They would never let us borrow what we needed for the operation,” says Shirley. “And then once they got a lien on everything, they could engineer the foreclosure.” 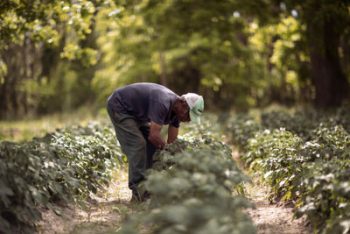 At the auction in 1985, a wealthy white buyer paid $1 million for the land, $950,000 of which he borrowed from the FHA, the same U.S. Department of Agriculture (USDA) office that had refused to loan money to New Communities, according to Sherrod.

“The new owner dug holes and pushed our buildings over in them,” remembers Sherrod. “And we were gone.”

A Long-Overdue Settlement from Pigford

Ironically, at the height of the civil rights movement, discrimination within the USDA was thriving “silently in the offices of biased employees,” writes Pete Daniel in “Dispossession: Discrimination Against African American Farmers in the Age of Civil Rights.”

He writes: “Phone calls and conversations at segregated meetings and conventions left no racist fingerprints, but the accretion of prejudice festered and ultimately grew into a plan to eliminate minority, women, and small farmers by preventing their sharing equally in federal programs.” 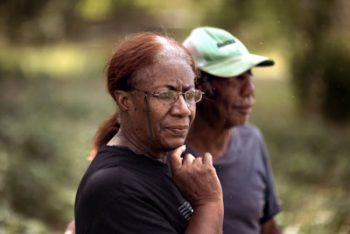 Between 1940 and 1974, the number of Black farmers in the United States decreased by 93 percent. By 1982—three years before New Communities was extinguished—it was predicted by the U.S. Commission on Civil Rights that Black farmers would cease to exist at all by the year 2000.

Black farmers filed a class-action lawsuit (Pigford v. Glickman) against the USDA in 1997, alleging racial discrimination in the allocation of federal farm loans and assistance between 1981 and 1996.

In 1999, a federal judge ruled against the USDA, allowing thousands of additional Black farmers to file claims for potential settlements. Southwest Georgia Project organizers drove from state to state, assisting farmers with their complaints.

It was during one of these drives that Sherrod suddenly realized that New Communities qualified as a plaintiff, too.

“I was driving from Alabama late one night and the light bulb went off,” she says.

“Oh my gosh, we were farming in 1981! We can file a claim in Pigford!” she laughs. “We were so busy working on other folks’ problems and completely forgot about ourselves.” 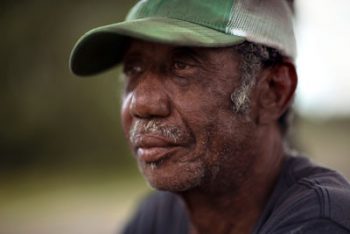 Lawton Wilburn takes a moment to rest in May 2019, on land he farms near Warwick, Georgia. Photo by Mike Kane for Marguerite Casey Foundation’s Equal Voice News

A flood in 1994 had ruined the New Communities file boxes, so Charles spent days in the county courthouse, scouring documents. As a claimant, New Communities had to prove that they were denied farm loans or programs provided to “similarly situated” white farmers.

“We had to be compared to the plantations in the area because of the amount of land we had,” says Shirley.

There in the courthouse, Shirley says Charles uncovered “the truth of what happened to us…Those plantations and their rich owners were getting the loans denied to us.”

In 2002, they traveled to a Washington, D.C. courthouse to plead their case. In 2009, a full decade after they filed their complaint, New Communities, Inc. was awarded $12 million in damages.

New Communities was re-established in 2011 on 1,600 acres of former plantation land, once home to the largest slaveholder in the state.

Today, New Communities is a farm and center for the continuation of what Sherrod calls “the long movement” to address issues of Black land loss and food-related disparities while also working toward environmental and economic justice and racial healing.

It’s also the sister organization of what is now the Southwest Georgia Project for Community Education.

When Sherrod visits the New Communities property and the 13,000-square-foot antebellum house, she feels history is ever-present.

“I’ve been sitting on that porch at first dusk, and I just feel them,” she says, and then her voice gets quiet. “I feel the presence of slaves.”

Even for Sherrod, who has been at its epicenter for decades, the full circle of the New Communities story is stunning. It’s taught her about remaining hopeful, about continuing to fight and about finally witnessing the arc of time bend toward justice.

“We were supposed to end up here,” she says.

This article originally appeared in the Marguerite Casey Foundation‘s Equal Voice News, and is reprinted with permission.

All photos are by Mike Kane, a Seattle-based freelance photographer and videographer. His photojournalism and video work from 2018 won awards from the National Federation of Press Women, Society for Features Journalism and Society of Professional Journalists. On Instagram, he is @kaneinane.