Despite a surge in food forests, including the nation's largest in Atlanta, little data exists about their potential to improve food access. 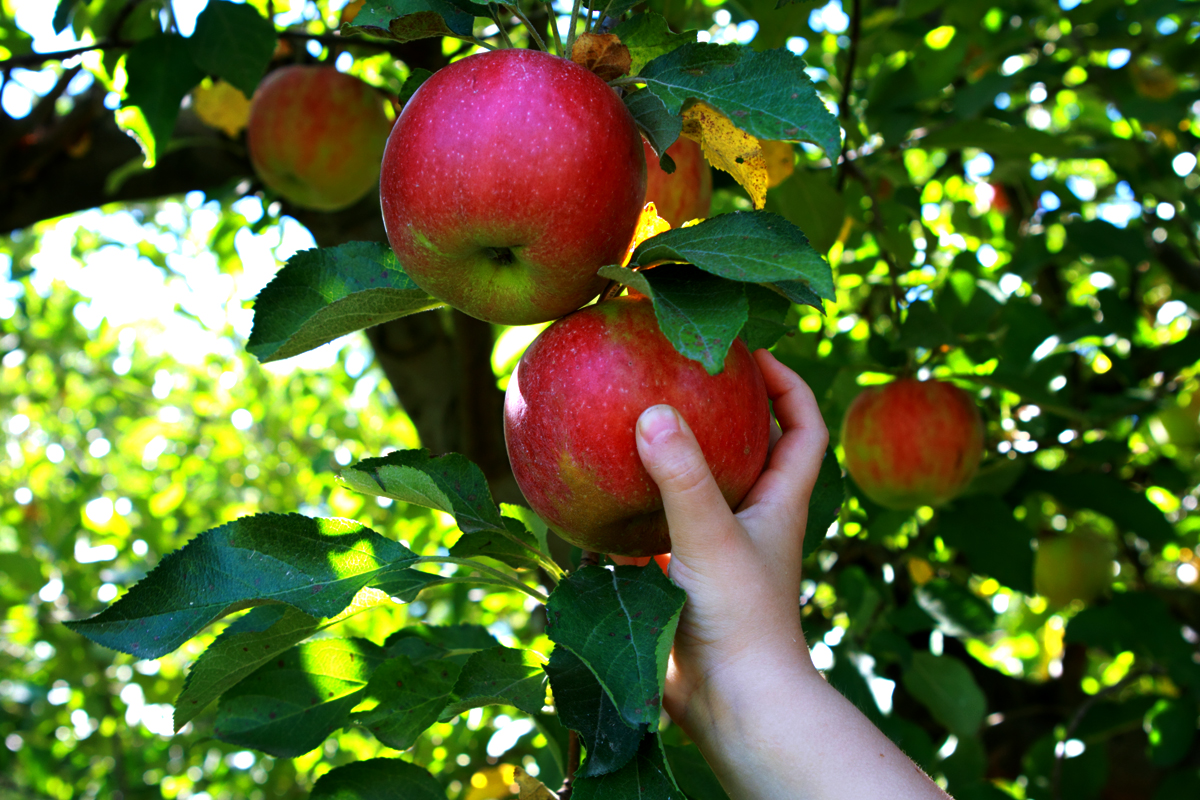 For residents of the Lakewood-Browns Mill neighborhood in East Atlanta, it’s not easy to stock up on healthy food. The closest grocery store requires a 30-minute bus ride, and with more than one-third of residents living below the poverty line, even those who make the trek might not be able to afford to fill their carts with fresh produce.

The City of Atlanta wants to change that; in 2016, it purchased a 7.1-acre former farm in the underserved neighborhood and turned the land into the nation’s largest food forest. Dozens of walnut, pecan, mulberry, and serviceberry trees were already established on the site, and the project plan calls for the addition of raised beds planted with berries, herbs, root vegetables, and more to transform the edible landscape into a powerful community resource. 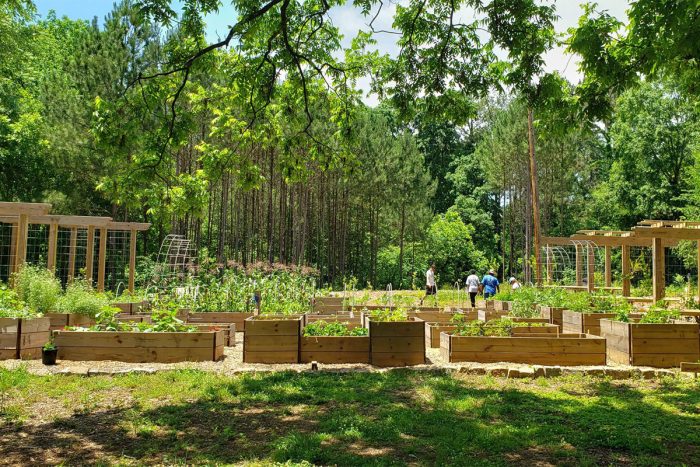 A wide view of the Atlanta Food Forest at Browns Mill. (Photo courtesy of AgLanta)

The Urban Food Forest at Browns Mill is the latest example of cities incorporating food forests—or managed edible orchards and gardens open to the public to harvest free of charge—into their landscapes. Although there’s no solid national data on the number of food forests in the U.S., they’ve been popping up in cities ranging from Seattle and San Francisco to Portland, Maine, and Raleigh, North Carolina in recent years. While food forests help preserve green space, provide homes for wildlife, enhance biodiversity, and encourage community gatherings, fighting hunger is the reason most cited by their founders.

“Any time there is another strategy for collaboratively growing food and using underutilized spaces to do it, people get excited,” says Sari Albornoz, the Grow Local program director for the Sustainable Food Center, an Austin, Texas-based nonprofit organization working to improve access to nutritious, affordable food. “Food forests are one more idea people are embracing [in addition to programs like SNAP and WIC, encouraging farmers’ markets in food deserts, and increasing minimum wage], because it has the potential to address food insecurity.”

But while the idea of a food forest may sound good, it’s still unclear whether they are effective—and what little research exists on the model suggests that they face a number of challenges. Research shows that harvests might be fairly small, for example, and that people might not take advantage of the food even when it is available. 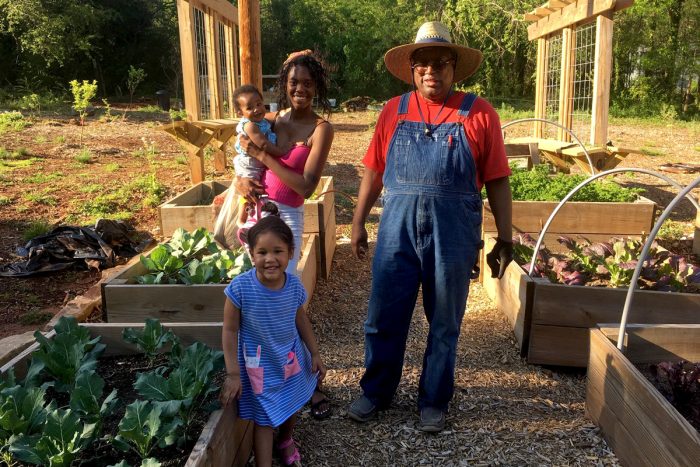 In Atlanta, the Urban Food Forest at Browns Mill is part of an ambitious goal to bring 85 percent of the city’s residents within a half-mile of fresh food before 2022. The city launched the project with the support of $164,000 in grant funding from the U.S. Department of Agriculture’s Forest Service Community Forest and Open Space Conservation programs and local nonprofits, including Trees Atlanta and The Georgia Conservation Fund. The Atlanta Department of Parks and Recreation will manage the property, and volunteers will help maintain it.

Organizers encourage neighbors to see the food forest as their own outdoor produce aisle and Mario Cambardella, the urban agriculture director for the City of Atlanta, also hopes to start a farmers’ market to help boost the odds that people will take the produce home.

And yet, Cambardella is unsure about whether the food forest will ultimately reduce food insecurity among residents. “The food forest is one piece of the overall strategy of bringing fresh fruits and vegetables to residents,” he says, “but I am not saying we’re going to solve hunger or food insecurity.” The group also hopes to use vacant properties around the city and give low-income communities the opportunity to “take license of property to grow food,” he adds.

With the right management, food forests can produce significant quantities of food. In one study, researchers found that a 222-acre plot filled with apple trees could yield enough fruit to meet 108 percent of the daily recommended minimum intake of fruit for the entire population of Burlington, Vermont, for instance. The findings led researchers to conclude that food forests offer “substantial untapped potential” to improve food security.

Albornoz of the Sustainable Food Center appreciates that food forests often do more than just provide food, however. Organizations hire workers to maintain the fruitful landscapes or host markets to sell produce at a profit. The living-wage jobs allow workers to buy fresh, nutrient-dense foods at the supermarket, and revenue from market sales can be used to support nonprofits that are focused on improving food access. Food forests also provide a sense of community as well as a vehicle to start conversations about food insecurity.

Touring the garden beds at the Food Forest at Browns Mill. (Photo courtesy of AgLanta)

“There are an array of benefits that come from giving people opportunities to grow their own food or harvest and eat fresh food other than just the food and the nourishment itself,” Albornoz says. “Food forests are about building community, social cohesion, and social capital and beautifying neighborhoods. Though that can sometimes make people say that they only make a marginal difference in improving food security, I think it can serve both needs.”

A Model with Limitations

Still, depending on food forests to provide adequate quantities of fresh produce to feed food-insecure residents is a risk. At the Beacon Food Forest in Seattle, one of the most well-established food forests in the nation, neighbors harvested 4,250 pounds of produce from the 1.75-acre site in 2017. But issues like weather and pests make yields unpredictable, and the 2018 harvest dropped 40 percent, to 2,821 pounds of produce. For residents who counted on fruits, vegetables, nuts, and herbs from the plot to supplement their diets, the shrinking harvest presented a major challenge. 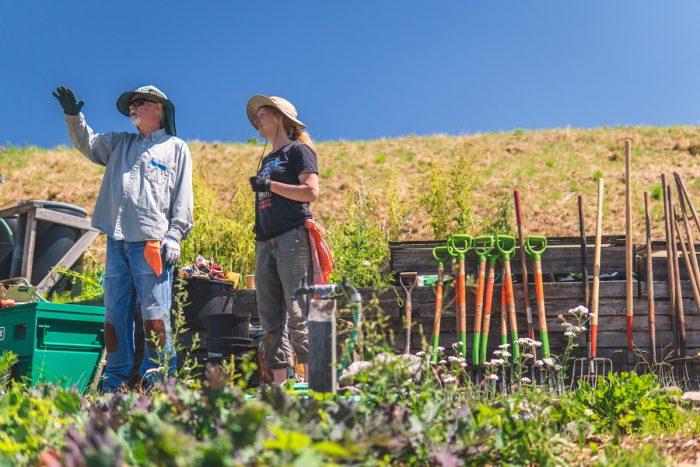 A 2018 study published in the journal Sustainability noted that legalizing food production in urban areas is not enough to promote food equity and food justice, and expanding urban agriculture doesn’t guarantee that food insecure residents will access the food. A lack of knowledge that food forests exist—or a lack of understanding about their purpose—as well as struggles with transportation to the sites and too little time to harvest the food could deter some people from taking advantage of the resource.

In Atlanta, Cambardella worries that the overwhelming amount of press the food forest has received will turn it into a local attraction that may not serve people in need. He also worries that the attention will draw people who may abuse the access. “The other day we walked on the site and someone had harvested half the mint—and it was a big stand—which left us [thinking], ‘One person does not need that much mint.’”

Outside of food forests, research published in the Journal of Urban Ecology in 2019 found that even foragers who had access to an abundance of wild edibles could not access sufficient quantities to meet their nutritional needs. The study found that lower-income neighborhoods have fewer edible trees and less foraging potential than higher-income neighborhoods; most foragers have to travel far from home to access free edible foods. 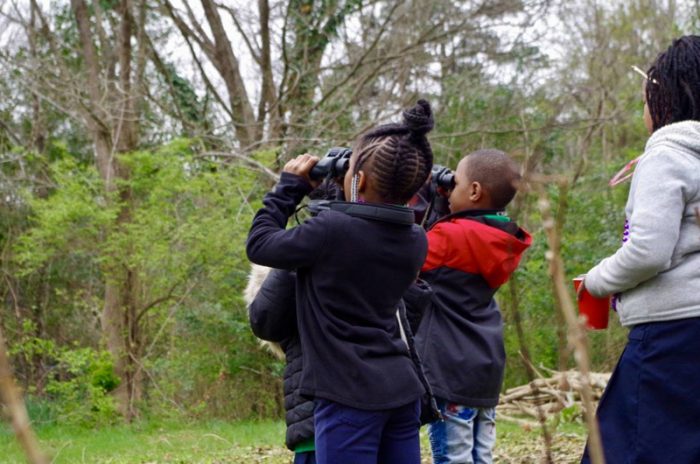 Birdwatching at the Atlanta Food Forest. (Photo courtesy of AgLanta)

“Does foraging address food sovereignty? The right of people to find their own culturally appropriate food system? Absolutely,” says Avalon Bunge, lead researcher of the Journal of Urban Ecology study. “But food insecurity? That’s a problem.”

A participatory research project in California’s East Bay, where almost one-third of the population is food insecure, is examining the agronomic problems facing urban agriculture projects in the area (including pests, soil contaminants, and more) in hopes of finding ways to improve growing practices, increase yields, and contribute to food security.

Organizers of the Festival Beach Food Forest in Austin, Texas, are also grappling with how to provide enough produce to make a dent in the local need. In a county where 16 percent of residents lack access to affordable, nutritious food, Austin Parks and Recreation Department set aside just two-thirds of an acre to create a food forest. The first plants went into the ground in 2015. Neighbors harvest produce, and volunteers pick what’s left  donates it to local food pantries.

No data is being collected on the amount of produce harvested or what percentage of the yield gets into the hands of those in need (though the project does donate a portion of its harvest to the local food bank), but co-founder Jodi Lane often sees people harvesting food, which gives her hope that the effort is having an impact.

It’s too soon to know how the urban food forest in Atlanta will benefit residents of the Lakewood-Browns Mill neighborhood, but Cambardella is hopeful that it will have an impact on underserved residents.

“We’re building a local food economy, and we’re working toward abundance,” he says. “These communities have been resilient in this neighborhood for a long time, and this will just be another part of the infrastructure to battle food insecurity.”