The Climate Stewardship Act, which Booker plans to propose in September, aims to 'dramatically scale up' voluntary conservation incentives for farmers and ranchers. 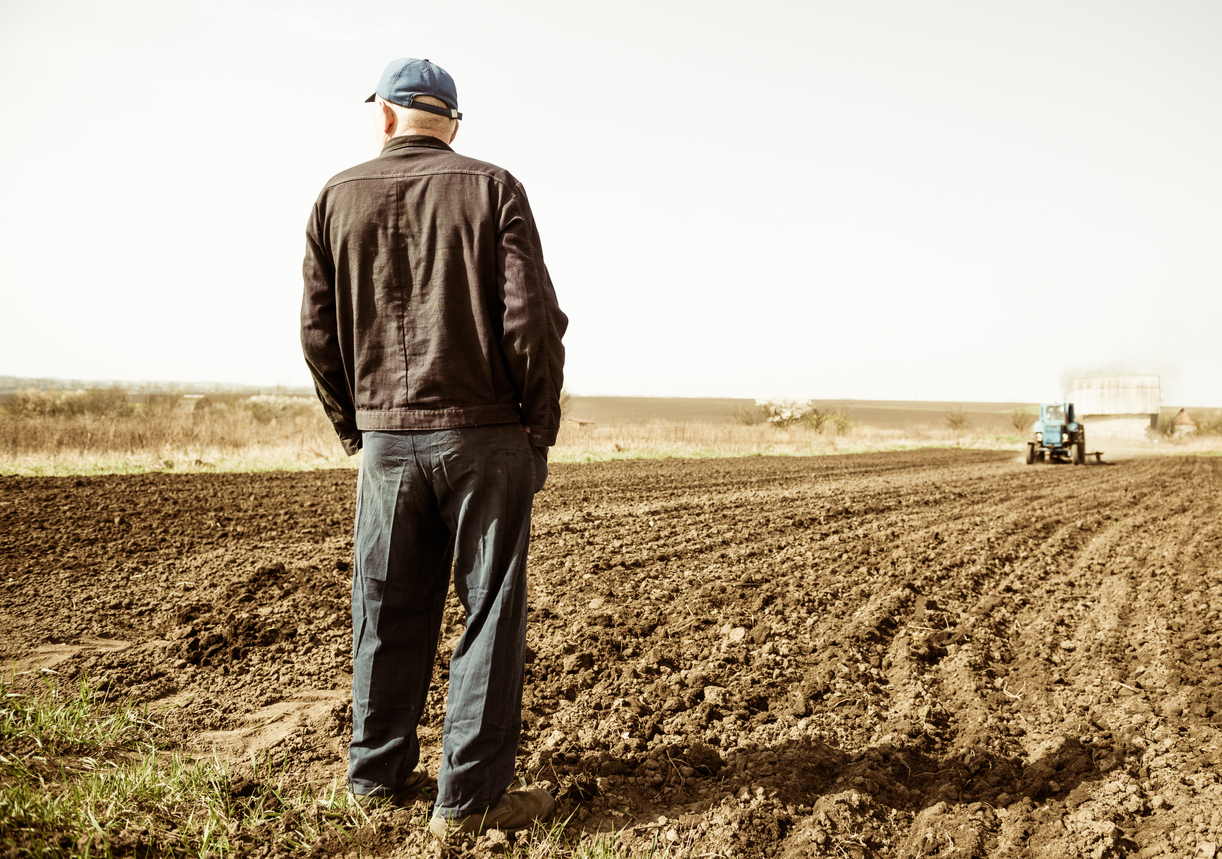 Today, U.S. Senator Cory Booker revealed the most significant piece of federal legislation to date aimed at harnessing nature’s power to remove carbon from the atmosphere in forests and wetlands—and on farms.

The Climate Stewardship Act, which Booker plans to introduce in the Senate in September, is an attempt to engage farmers in climate change mitigation at an unprecedented scale. The act would increase incentives for conservation practices such as cover crops and rotational grazing, fund grants to expand renewable energy production on farms, invest in programs that bolster local food systems, and fund urban farms and community gardens in low-income communities.

It would also give farmers tools to make their farms more resilient in the face of extreme weather events and other effects of a changing climate. In the past year, record flooding has caused many farmers across the Midwest to delay or skip planting crops altogether, wildfires have burned tens of thousands of acres of rangeland in California, and Hurricane Michael caused more than a billion dollars worth of agricultural damage in the South.

Rep. Deb Haaland (D-NM) will lead companion legislation in the House of Representatives.

While states across the country—from California to Nebraska to Maryland—have been passing laws that invest in helping farmers build soil health to sequester carbon, there haven’t been major efforts at the federal level to boost funding for farm practices shown to address climate change. In fact, a recent Politico investigation found the United States Department of Agriculture (USDA) under President Trump has been suppressing the release of its own climate research, and at least one USDA scientist has resigned in protest.

Among the crowded field of 2020 Democratic presidential candidates, however, the intersection of agriculture and environmental impact has been a topic of growing interest. Pete Buttigieg and Beto O’ Rourke both brought up farming in the context of climate during the recent debates, Joe Biden laid out a plan he says will get American agriculture to net-zero emissions (it overlaps significantly with Booker’s bill on the topic of conservation incentives), and Senator Bernie Sanders’ platform includes supporting “sustainable agricultural practices” and compensating farmers for “improving ecosystems.”

Meanwhile, Senator Elizabeth Warren has taken a strong stance on helping small family farmers by tackling consolidation in agriculture, an issue Senator Booker has also introduced legislation to address, via the Food and Agribusiness Merger Moratorium and Antitrust Review Act. According to his policy staff, that legislation and this new bill both come from listening closely to farmers’ concerns. 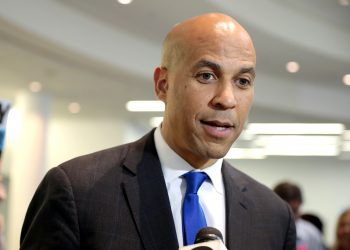 “Farmers and ranchers are on the front lines of the dramatic changes in the climate that we’re already seeing, and they have an important role to play as we move forward. I’ve met with farmers and ranchers in New Jersey and across the country and in our conversations, they’ve consistently told me they want a seat at the table—to be part of the solution to this pressing challenge,” Booker told Civil Eats over email. “As we move to quickly transition off of fossil fuels, we also need to show our independent family farmers and ranchers that they have a big role to play in a greener economy.”

What’s in the Climate Stewardship Act?

Booker is a co-sponsor of the Green New Deal, and his policy staff said that this bill is not a replacement. While that non-binding resolution serves as a broad vision that covers all industries, the Climate Stewardship Act is focused on creating a path to begin implementing a piece of that vision.

The act is divided into three titles. “Forests” mostly focuses on a sweeping effort to plant trees; it requires the U.S. Forest Service and the Department of the Interior to plant 9.5 billion trees on federal land by 2050 and provides cost share grants for states and other organizations to plant another 6.5 billion trees. It also establishes a new “Civilian Conservation Corps” to train and employ youth from low-income communities, especially indigenous and communities of color, to take part in conservation efforts around the country.

The “Wetlands” section provides grants to restore 1.5 million acres of wetlands, which also sequester carbon, over 10 years, and directs the National Oceanic and Atmospheric Administration to collect data and provide technical assistance on wetland restoration.

The “Agriculture” section is the most expansive. Booker’s policy staff said that while visiting farmers in states like New Jersey, Kansas, Nebraska, and Illinois during the drafting of the 2018 Farm Bill, they heard over and over how extreme weather was impacting farmers and ranchers and about the potential for agriculture to be part of the solution.

Rather than creating new initiatives to work on those issues, the bill essentially adds funding to multiple existing programs that already encourage farmers to engage in practices with environmental benefits but that are underfunded and overshadowed by commodity programs, crop insurance, and nutrition assistance in the Farm Bill.

“To his credit, [Booker] is using the existing farm bill authorities that exist and trying to figure out a path forward,” said National Sustainable Agriculture Coalition (NSAC) strategic advisor Ferd Hoefner. “That strikes me as a very practical approach. You don’t have to invent something brand new, you can use what’s already on the table.”

The bill would increase enrollment of land in the Conservation Reserve Program—which pays farmers to take environmentally sensitive land out of production and plant species that will improve air, water, and soil quality—by 40 million acres by 2030 and double funding for the Agricultural Conservation Easement Program from $450 million to $900 million per year.

In terms of incentivizing farmers, the bill would increase mandatory funding tenfold for the Conservation Stewardship Program (CSP) from $700 million in 2019 to $7 billion per year by 2024 and make a set of “climate stewardship practices” eligible for supplemental funding under the program. Those practices, identified by the USDA’s Natural Resources Conservation Service (NRCS) as “being highly effective at reducing greenhouse gas emissions and enhancing carbon sequestration” include crop rotation, planting cover crops, no- and reduced-till farming, grassed waterways, prescribed grazing for livestock, and more. The same practices would be incorporated into an expanded version of the Environmental Quality Incentives Program (EQIP), with funding increasing from $1.75 billion in 2019 to $7 billion per year by 2024.

Finally, the bill would increase funding for the Local Agriculture Markets Program (LAMP), which supports regional foodshed development, by a factor of 10 and would invest $25 million per year in urban farms and community gardens in low-income areas.

So far, the Climate Stewardship Act has been endorsed by several state farmers’ unions, including Indiana, Missouri, and Wisconsin, and by more than 50 environmental and agricultural organizations, such as the Natural Resources Defense Council (NRDC) and Family Farm Action.

“One of the things most exciting about this legislation is that it meets farmers and ranchers to start where they are. They’re already familiar with these programs,” said Jake Davis, the national policy director for Family Farm Action.

Davis said that’s important because the applications for government incentive programs can be onerous. If farmers are already familiar with an existing conservation program, they are more likely to apply, especially since the bill also funds an increased number of field staff on the ground to enroll farmers and help them in implementing the practices.

Plus, Davis said there is evidence that more farmers want to take advantage of programs like EQIP and LAMP than the programs have capacity to fund.

“We know farmers are often getting turned away. If you found out your neighbor went to apply for EQIP or CSP and got turned away, you’re not likely going to go waste your time,” he said. “When they know these are available, we’re going to see a significant uptake.”

In fact, Hoefner said, over the last decade, about twice as many farmers have applied for CSP and EQIP than the programs could accommodate. “There is more demand than there are dollars,” he said.

But where the dollars will come from to grow conservation programs by such a significant magnitude is a big question, since the bill does not include a funding mechanism on its own.

“Our assumption is he’s seeing this as part of a comprehensive climate bill, so there will either be carbon tax money or cap and trade or some combination that will then get divvied out,” Hoefner said, explaining that bills like this one generally don’t move forward until they’re attached to another legislative vehicle. In this case, it would likely be a larger climate bill or the next Farm Bill, which should take shape in the next three to four years.

Whatever the vehicle, the bill’s future will depend on garnering support in the Senate and the House and eventually on the sitting president signing it, a scenario that will likely depend greatly on who is in office.

“The 2018 Farm Bill passed the Senate with overwhelming bipartisan support and contained important provisions to begin to address climate change,” Booker said. “Our bill dramatically scales up these voluntary conservation incentives for farmers and ranchers. I think this is a common-sense step that members of both parties can support.” His office is working on getting co-sponsors for the bill now, and will then work on moving it forward in September.

“I think it’s a strong aspirational statement of the critical importance of agriculture’s role in solving climate change issues and really pinpointing the importance of soil health,” Hoefner said, noting that several presidential candidates have started the conversation about working with farmers on climate change. “Putting it into legislation and actually introducing it is the second mile,” he added.