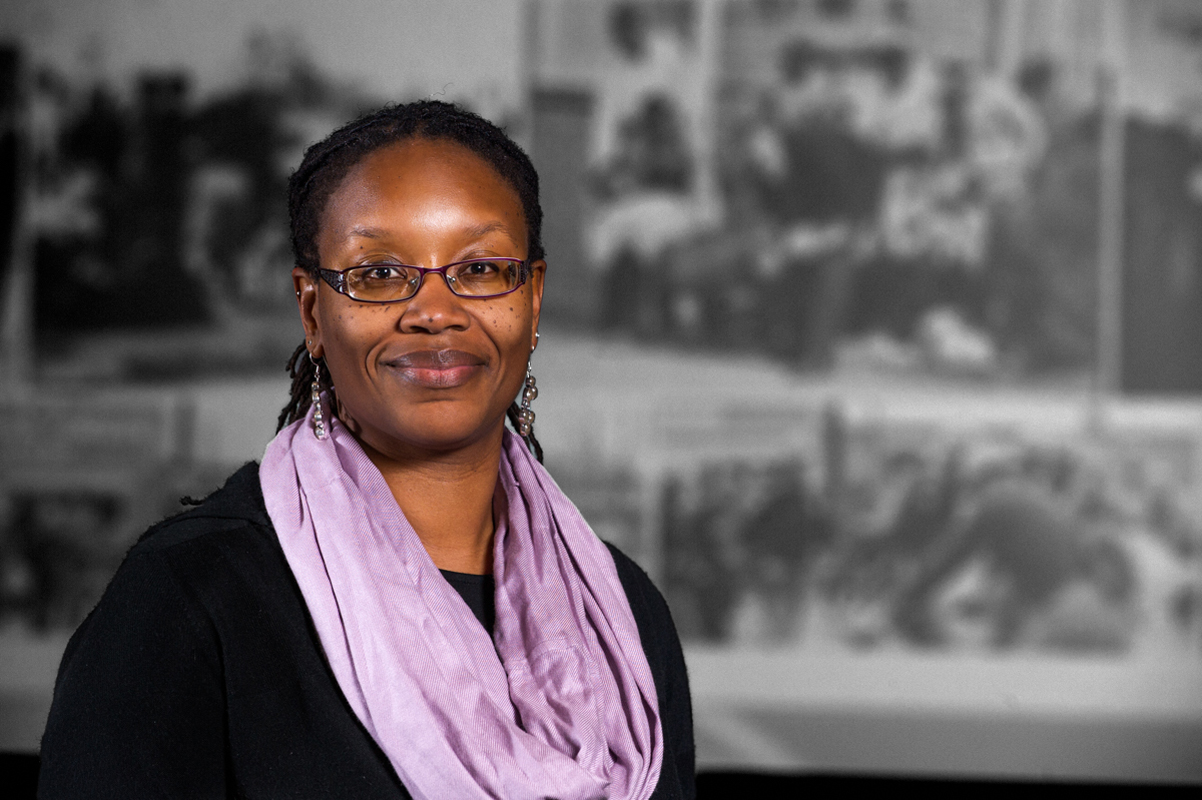 Jones-Branch’s accidental specialty originated with a paper she wrote about Black women in rural Arkansas who worked as home demonstration agents for the United States Department of Agriculture’s (USDA) Cooperative Extension Service in the early to mid-20th century.

The women taught rural families, most often other women and girls, how to keep and modernize their households by managing income, preserving food, and keeping healthy at a time when people were migrating out of rural communities in droves. The first home demonstration club in Arkansas started in 1912, and the program received federal funding nationwide in 1914.

The clubs and the agents running them were racially segregated until 1966, as most of the USDA’s work in the South was at the time; Black women were sent to work with Black families. (The USDA has a checkered history marred by significant discrimination against Black farmers and Black landowners, a legacy that persists even into the present day.) As Jones-Branch dug deeper into her research, she became convinced that these Black women served not just as educators, but as political activists.

In her forthcoming book, she explores the ways educated Black women in rural Arkansas navigated and changed the political landscape of the state in the early- and mid-20th century through professional opportunities like the Home Demonstration Service and the Jeanes Industrial Supervising Teachers and clubs like the Arkansas Association of Colored Women. Drawing on research and interviews with Black women who were members of these organizations, Jones-Branch’s research uncovered Black women’s political activism, agency, and a deep attachment to place that is often left out of the rural narrative.

For instance, Annie Zachary Pike, one of the Black farmers she spoke with who worked extensively with USDA, was a mainstay of the Arkansas Republican Party throughout the 1960s and 1970s, and still owns and lives on farmland in the Arkansas Delta. Her activism for the party, which at the time was at the forefront of Black political integration in Arkansas, led her to earn several state and federal appointments, including a seats on the Arkansas Farmers Home Administration Advisory Committee and the USDA Citizens Advisory Committee on Civil Rights.

In 1972, Pike became the first Black person in 20th-century Arkansas to run for elected office. With a grant from Delta Utilities, she and her husband also built and opened a rural subdivision that made homeownership for low-income families in the Delta accessible. Pike’s work, like the work of many of her peers, paved the way for a more diverse slate of political candidates, and greater access to land and natural resources for rural Black families.

Civil Eats spoke with Jones-Branch about her research, the surprising history of the Arkansas Delta, and the effects agribusiness has had on the region. This interview has been edited for length and clarity.

Can you start by talking a bit about your research?

What I found [in my work] was that there’s way more to this [history] than women sitting around canning tomatoes. They were doing it in this very racist and sexist context, which means what was going on around them filtered into their conversations while they were canning tomatoes.

Then I realized that we’re not just talking about home demonstration clubs—we’re talking about Black women who labored in the rural South in a number of different capacities. So you have people who were sharecroppers, tenants, but also educated Black women from rural backgrounds who returned to their homes or a similar community [after completing their education] to really foment change and improve conditions. It really challenges this narrative about Black people quitting the South, going away, and never coming back.

The other part of the story is the people who made a conscious decision to stay. It wasn’t about the fact that they couldn’t get out. They chose to stay, and I think it had a lot to do with family, organizational, institutional connections, and this very real attachment to place.

Talk a bit more about the networks that women created that were not on their face political or activist in nature, but became activist.

My best example is the home demonstration clubs. Someone had written about them in Arkansas, and they said, “Oh, there was no political activism.” I just couldn’t accept that, because I believe that everybody is a political being.

Black women’s organizations were having those kinds of conversations. You’re seeing people who are in oppressed circumstances, who first and foremost see themselves as Americans. 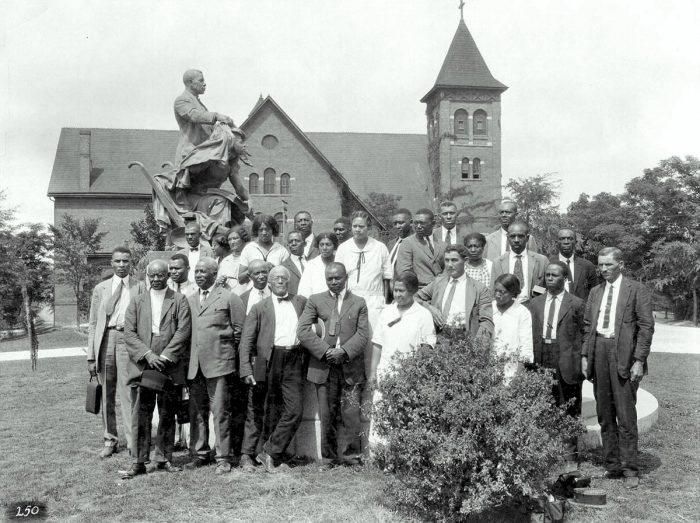 You wouldn’t say the USDA is a particularly friendly institution to Black people, would you?

No. These programs were being administered at the local level, so local mores applied. What’s really interesting about this kind of activism is the ways that people seek out and, when necessary, create windows of opportunity. In these meetings, in the dark of night on some rural plantation where they know people aren’t going to be bothering them or listening in, they can have different kinds of conversations.

And people are smart: Don’t equate rurality with ignorance. They understood the moments at which they needed to appear like they were teaching people to can tomatoes. But when you are out of certain kinds of gazes, then you can engage in different kinds of things. We miss that because we assume that if you are in a rural environment, if you don’t speak English in a certain way, if you don’t have a certain level of education, then you must be by definition unintelligent. But that’s a bunch of hogwash.

It occurs to me, too, that there’s a subversion of the power dynamic of plantation culture that comes through in your work.

Always. The people in power may have most of the power, but they do not have it all. And when you are among the powerless, you have to be particularly attuned to the ways that you can manipulate the power structure, because you can’t take it for granted in the way that the people with power can.

How does the rural context change this kind of activism? You see a similar thing happening in urban contexts later in the 20th century, but spatially, it’s so different.

It’s very different. Race relations don’t look the same in every space. In the absence of a crisis, Black and white folks were working together all the time in a rural space, and feeding each other, and delivering each other’s babies. There’s a sort of communalism there that you see very clearly, as long as everybody stayed in their place, in a way that you wouldn’t necessarily see it in an urban area.

Could you talk about Annie Zachary Pike and her background?

Annie Zachary Pike, who was an independent landowner, she had a bit more flexibility and freedom than somebody who was laboring on some white person’s land. She was born in rural Phillips County, Arkansas, and then in 1952 married a significant African-American landowner. You don’t have to worry about anybody firing you and kicking you off the land if you own it. That allowed [Annie] a certain level of freedom to do and say things that people around her might not, because she wasn’t worried about losing her home. There are other dangers just by virtue of being Black and a woman and challenging the race and gender status quo, but losing your home ain’t one of them.

You always have somewhere to go back to.

Right, ’cause you own it. They still own it to this day.

Does she still live on that property?

Yes, yes. She lives right in Marvell, Arkansas. Now, she doesn’t farm anymore, but that land is still in the family. People don’t know that the Arkansas Delta is one of the places that African Americans from other parts of the South migrated to for just that reason [the opportunity for landownership]. Two hundred thousand African Americans migrated from various parts of the South to the Arkansas Delta.

There was a lot of Black political power in that area for a long time—is that partially why?

Yes. There’s a lot of Black political power down there, there’s a lot of Black land ownership, African American institution-building. Some of the dynamics that I write about, that people have forgotten about or perhaps never even knew, are not unusual if you understand the background from which it all sprung.

Again, people are smart. They see opportunity, and they create opportunity, and the land is always important. For a great many Black people whose ancestors emerged from slavery, land ownership was the key to independence. For you to give up everything you know in South Carolina, Georgia, Mississippi, to come to this unknown place, gives you a sense of how serious it is.

All Southern states are not the same. For a lot of African Americans, Arkansas wasn’t necessarily the Promised Land, but it was much better than what was going on in Mississippi. Everything is relative.

That’s interesting, because we don’t think of Arkansas as a less repressive state. Especially in the national imagination, we think about Little Rock and its 1957 integration crisis.

Right, and people get fixated on that particular moment in history. That was its own special thing, but that is not the entirety of Arkansas. [Little Rock] is not a rural space.

So what is the effect of these women in the Delta—what do you see now? Are there still a lot of Black landowners in the Delta?

Unfortunately, because of agribusiness, a lot of the opportunity has left. You don’t need 60 families to farm the land when you’ve got a combine that only requires one person. If there are no other job opportunities [and] very poor educational opportunities, if there’s really nothing other than family and maybe the land, there’s not much reason to stay. If you can get out, people of a certain age are getting out.

I don’t know how many [Black landowners] there are. I know there’s Ms. Annie [Zachary Pike], and I don’t think she’s the only one.

Nobody has written a study of how many landowners remain in some of these spaces, because the assumption is that farmers and landowners in Arkansas are white. That’s not true. If you don’t imagine that these people exist, it will never occur to you to look for them. If you think you know, ask about the stuff you don’t see. Assume that any and everything is possible until you determine that it’s not.

Olivia Paschal is a freelance writer based in Durham, North Carolina. Read more >