Bringing Mushroom Cultivation to the People 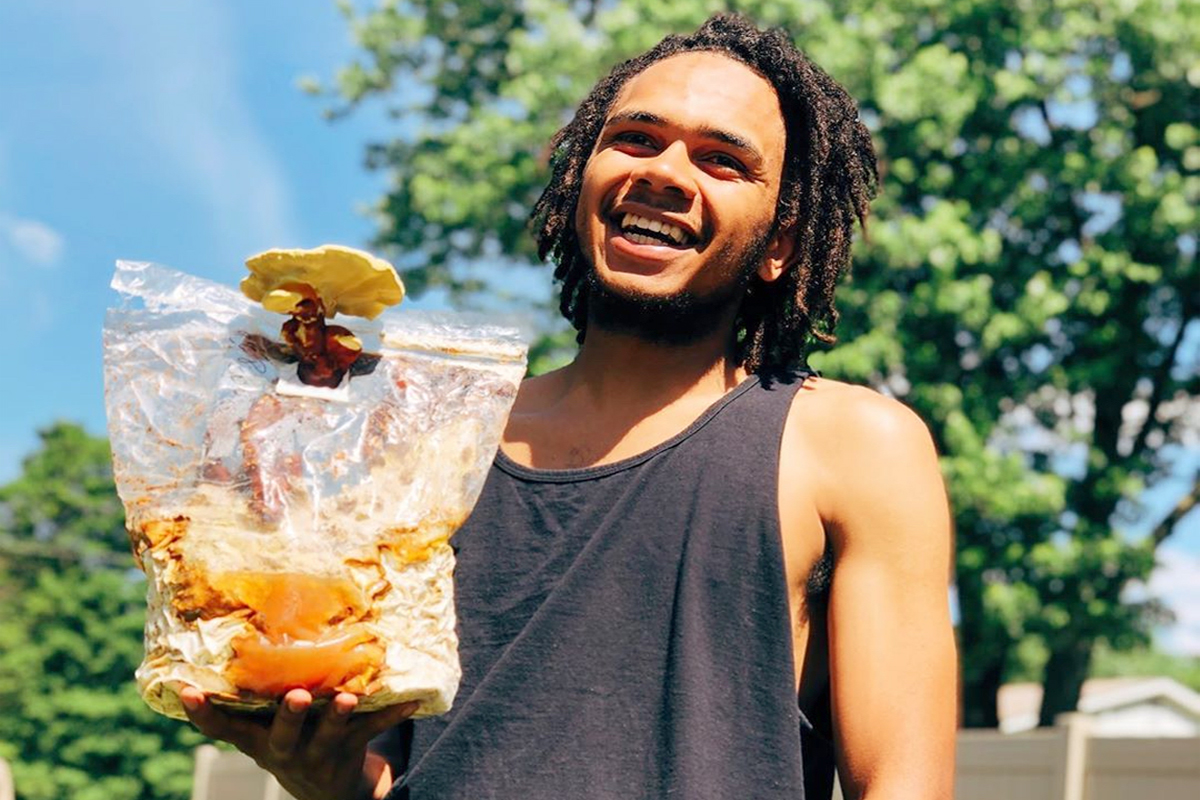 Mushrooms are having a moment. They’re now in a dizzying array of foods and beverages, including lattes, chocolate, and even doughnuts and ice cream sandwiches. Grocery stores across the country now carry mushroom supplements—some of the more well-known are produced by renowned mycologist Paul Stamets’ company, Fungi Perfecti—as well as Back to the Roots’ oyster mushroom growing kits.

And it’s not just gourmet and medicinal mushrooms; psychedelic mushrooms are entering the mainstream, too. Author and journalist Michael Pollan’s most recent book, How to Change Your Mind: What the New Science of Psychedelics Teaches Us About Consciousness, Dying, Addiction, Depression, and Transcendence—in which the author forages for magic mushrooms with Stamets—is a New York Times bestseller. Denver and Oakland recently became the first two U.S. cities to decriminalize psychedelic mushrooms, and California, Oregon and Iowa are also trying to make psilocybin easier to access.

Across the country, individuals and entrepreneurs have been working in their communities to bring mushroom culture to an even larger audience. One such leader is self-taught mushroom grower William Padilla-Brown, who wants to enable everyone, mycology background or not, to profit from the fungi frenzy in an ecologically sustainable way. Over the last few years, the 25-year-old living in Mechanicsburg, Pennsylvania, has emerged as a leader—and somewhat of a celebrity—in the mushroom community.

He leads largely by example. Shortly after dropping out of high school, Padilla-Brown became fascinated with mushrooms and began watching YouTube videos on cultivation techniques a few nights a week when he came home from his restaurant server job. He practiced what he learned using lab equipment he bought from university auctions or built himself. To create the moist environment mushrooms require, he constructed a humidifier out of a bucket, fans, and a pond fogger. 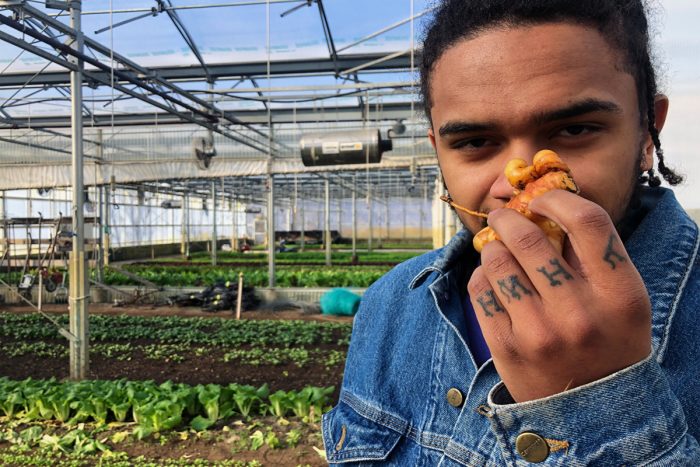 Since starting, Padilla-Brown has not only launched a mushroom cultivation company, MycoSymbiotics, but he is also the author of Cordyceps Cultivation Handbook, Volume 1, the first book describing how to grow the rare Cordyceps militaris, a mushroom with potential immune and other health benefits. He also organizes an annual mushroom festival in Pennsylvania and leads foraging expeditions, workshops, and presentations around the country. His fun, engaging personality has drawn a large audience, including more than 13,000 Instagram followers.

While other companies like Aloha Medicinals and Om sell medicinal mushroom products, unlike Padilla-Brown, “they’re not interested in people growing it themselves,” says Cornelia Cho, president of the Mushroom Club of Georgia. They don’t share their cultures—the delicate tendrils that grow from mushrooms used to propagate them—and making their products would require expensive, industrial-grade equipment, she explains. Before Padilla-Brown published his handbook, she adds, the only information available on mushroom cultivation existed in the form of YouTube tutorials, mostly from Asia in languages other than English. 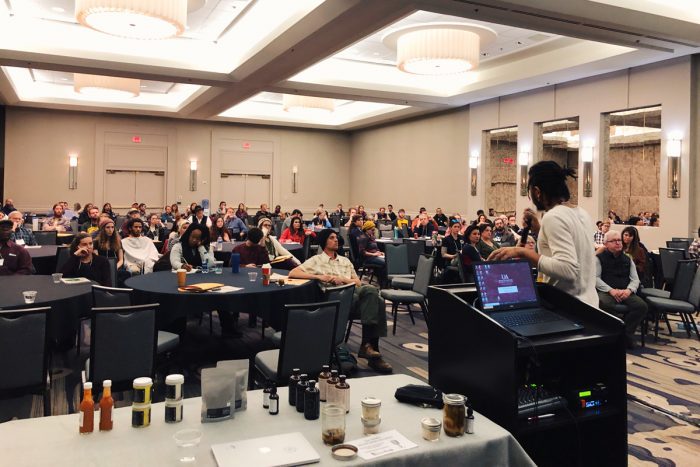 Although Padilla-Brown seeks to make mushroom cultivation accessible to everyone, Cho and others say he’s making it more accessible to people of color in particular, who remain largely underrepresented in the largely white mushroom community.

Many people who attend Padilla-Brown’s talks and workshops say they see him as an inspiration, Padilla-Brown says, especially as a person of color and someone who didn’t finish high school. “I’m showing young kids you can do things that won’t get you in trouble and earn you a fair amount of money,” he says.

Raised by parents who served in the Army and the U.S. Department of Agriculture Foreign Agricultural Service, Padilla-Brown had a peripatetic childhood. His family lived in London, Mexico City, and Taipei before finally settling in Lemoyne, Pennsylvania. Frustrated with the lack of a consistent curriculum due to his constant traveling, Padilla-Brown left high school at age 16 so he could focus on the subject that most fascinated him: biology.

After learning about psychoactive plants, he tried psychedelic mushrooms, which awakened a desire for a deeper connection to his food and how he felt better or worse depending on what he ate.

He started cultivating his own tomatoes, kale, corn, and various fruits and noticed how mushrooms constantly cropped up in his garden but were never discussed in the permaculture classes he was taking. Curious, he began doing his own research on mushrooms online, where he discovered their vast potential—as food, medicine, fabric, and even building materials. “There’s a lot of space for innovation,” he says. “There was a lot of room for me to be the first at something in that field.”

When he was 18, Padilla-Brown grew his first gourmet mushroom, an oyster mushroom, on cardboard and coffee grounds in buckets and plastic sandwich bags. Two years later, he began posting videos on social media that covered a wide swath of farming-related topics, including mushroom, algae, and insect cultivation. He noticed people viewing and liking only the mushroom videos.

The birth of his son in 2014 gave him the nudge he needed to start his own mushroom cultivation company; he launched MycoSymbiotics a year later. “I needed to provide an ethical life for him,” he says—one that would provide him with not only financial security, but also nutritious, organic food. 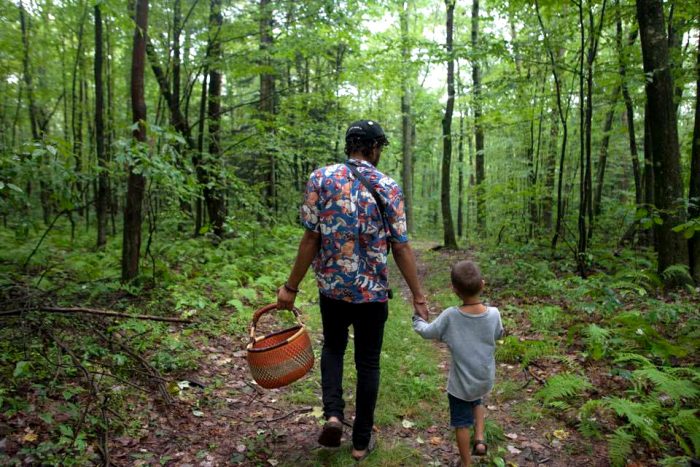 MycoSymbiotics—which Padilla-Brown runs with his business partner and girlfriend, Cassandra Posey, on their homestead with help from one employee—is small but growing. The company grows gourmet mushrooms in a shed, as well as in a few outdoor gardens, and sells several types of edible and medicinal mushrooms at farmers’ markets in Harrisburg and Lancaster, as well as a few restaurants. MycoSymbiotics is in the process of expanding from one to three grow-rooms to meet the rising demand from the larger restaurants recently added to its client roster.

At around the same time Padilla-Brown started MycoSymbiotics, a friend stumbled on wild Cordyceps militaris—a species with deep roots in Chinese medicine, thought to have healing powers—in a mossy, mostly oak forest in Duncannon, Pennsylvania. Padilla-Brown and his friend wanted to cultivate the bright-orange, finger-shaped mushrooms. But while C. militaris has been cultivated in East and Southeast Asia, cultivators in the U.S. weren’t public about their operations, and information on how to grow it wasn’t available in English.

Undeterred, Padilla-Brown mimicked what he learned from YouTube videos from across Asia; after successfully growing the rare mushroom, he shared what he learned in his own YouTube tutorials, and further refined his technique based on comments posted by users in Asia. In January 2016, he published the first volume of his handbook. (He hopes to finish Volume 2 by the end of this year.) Since then, he has had more than 20 growers, most of whom have read his book, attend his classes, join his Cordyceps cultivation Facebook group, or consult with him privately. “The work that I did with releasing information about cultivation really kicked off Cordyceps,” he says. 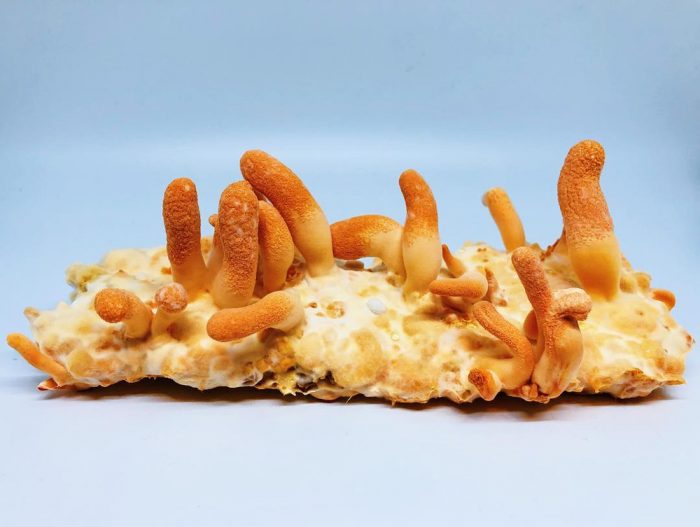 Although Padilla-Brown sells fresh oyster and lion’s mane mushrooms, his C. militaris culture now ranks as his most popular product. He sells the culture in the form of mycelium, or tendrils, for $30, mostly to customers in Colorado, Washington, Oregon, and New York.

Although purported to boost immunity and vitality, as well as a method to treat kidney disease and cancer, the health benefits of C. militaris are still under investigation. A recent small human study suggests it may improve immunity, while another suggests it could protect against chronic kidney disease. Meanwhile, cordycepin, a compound abundant in C. militaris, is believed to kill lab-grown liver, breast, and prostate cancer cells.

While C. militaris’ health effects remain murky, Cho still believes MycoSymbiotics has “enormous potential.” Amid a rise in chronic conditions and a worsening healthcare crisis, “a lot of people are looking for answers outside of mainstream medicine,” she says.

Indeed, a 2019 Transparency Market Research report predicts that the global mushroom market will exceed $69 billion by 2024, while another recent report from Technavio forecasts an increase of $13.88 billion in the global medicinal mushroom market from 2018 to 2022. Cho and many others in the mushroom community also point to growing interest in medicinal mushrooms, citing increased attendance at their events in recent years.

Ultimately, Padilla-Brown wants to democratize mushroom cultivation. It’s why he sells his book for just $10 and posts free-to-view instructional videos on social media. Cho says Padilla-Brown was the first person she had ever heard use the term “social permaculture” in reference to facilitating the well-being of everyone in the surrounding environment. “Most people are talking about the plants and the land,” she says. “They’re not talking about the people—how do I make the entire thing a living, sustainable place?”

His DIY career path, paired with his casual, unapologetically nerdy style, inspires people to grow mushrooms, too, Cho says. (He often opens his YouTube videos with a chill, “Hey everybody, William Padilla-Brown coming at you,” and posts Instagram stories set to rap music.)

Organizations often reach out to him to host classes and workshops because they’re seeking a person of color in science, and students of color can often relate to him. 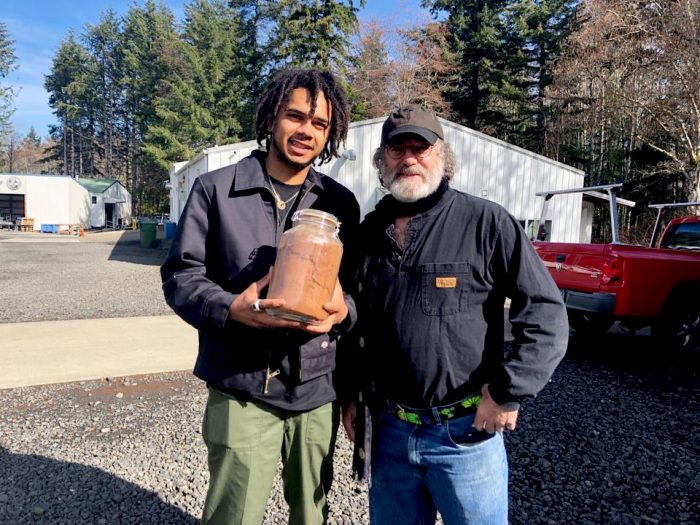 “A lot of it comes from the way I present myself,” he explains. “I’m not your typical scientist who dresses up all proper all the time. I change the way I talk depending on the community.” He recalls how a talk he gave in Atlanta left students thinking, “You’re weird, but you’re cool.” Then he performed his rap music for them. “They’re like, ‘I’m going to listen to him and follow him on Instagram,’” he says.

Steve Gabriel, a specialty mushroom production and agroforestry specialist at the Cornell Small Farms Program, says Padilla-Brown portrays the potential for fungi in fun and creative ways and invites people to enter it from where they are. “It allows people to walk away feeling empowered and excited,” he says.

Padilla-Brown also focuses on low-tech techniques using common household materials and organic waste, making mushroom cultivation accessible to students in low-income communities—but without talking down to them. “I’ve seen a lot of negative impact of people coming in and saying, ‘Oh, you live in a food desert. I’ll fix this for you,’” he says. He also encourages students of color to protect their intellectual property, based on his own experience with more privileged white entrepreneurs profiting from his knowledge of mushrooms without crediting or compensating him.

Connor Vaughn, the program coordinator of Farm School NYC, an organization that offers urban agriculture training, calls Padilla-Brown a “role model” whose success in making a livelihood growing mushrooms could inspire others to start similar ventures.

Vaughn says that seeing someone who looks like them in the largely white mushroom growing community is especially important for the many Black and brown students at Farm School NYC, and people of color in general, making it easier for them to envision doing the same. Beyond financial independence, Padilla-Brown’s work could encourage food sovereignty as well as a closer connection to the land, and in turn, land stewardship, Vaughn adds.

Indeed, the social aspect of sustainability lies at the heart of Padilla-Brown’s work. “I want to expose people to new realities,” he says. “I want to help as many people as I can create a life they want to live, eat the foods they want to eat, and be with the community they want to be around.”

All photos courtesy of William Padilla-Brown.