A Maryland Grain Grower Takes Regenerative Agriculture to the Next Step 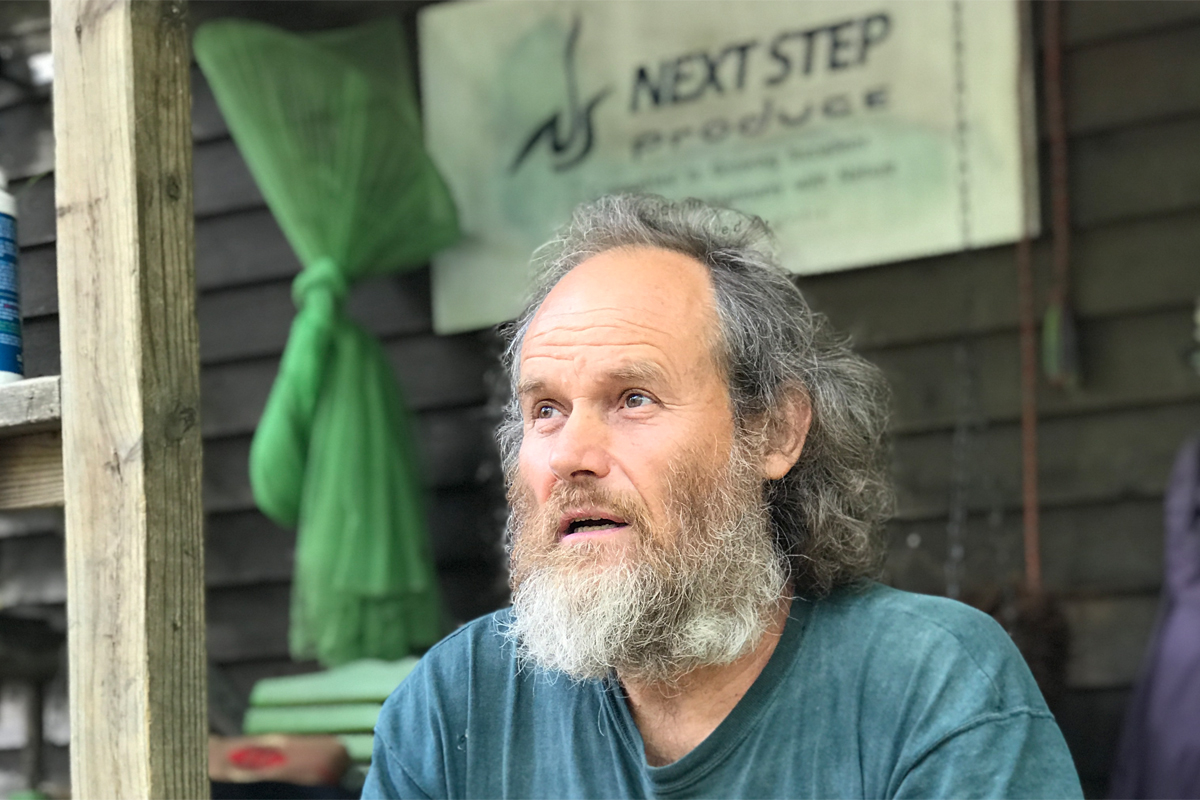 In his 20s, farmer Heinz Thomet recalls asking himself: “What do you want to do with your life? Are you going to purchase some mountain valley and live a hermit life… or do you want to be in the world and be part of change?”

Luckily for eaters in the Washington, D.C. area, he chose the latter. Thomet is driven to farm by what he sees as a world in crisis—unbridled consumerism, environmental disasters, mass shootings—all of it related to the same combative approach to existence. Disconnected from nature, humans attempt to solve problems with heavy artillery instead of seeking to understand the root causes of disharmony, he says. Blinded by the pursuit of wealth, they lose sight of their ability to do good.

Observe his work and evidence of that dysfunction disappears. In its place are endless rows of immaculate lettuces, kale, and scallions; lush fields of grain, overwintered onions ready to be harvested, caraway, dill, and peppermint plants sprouting up; and an orchard of kiwi and fig trees. 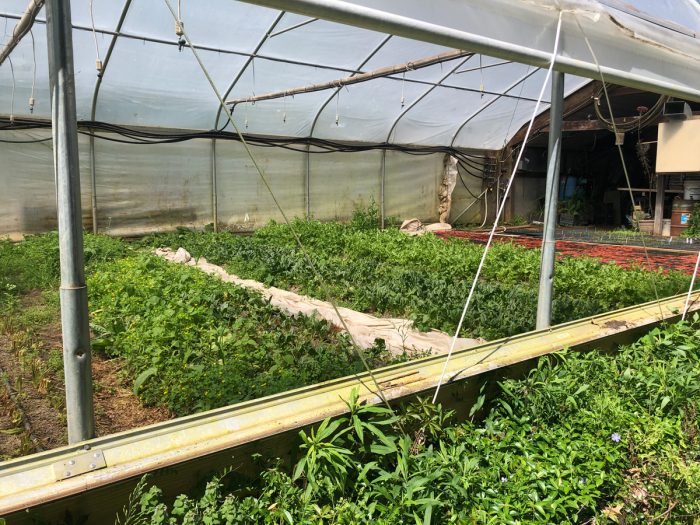 “I am a person who functions in a pioneer situation,” Thomet says, and his daily response to an era of bleak climate change predictions is simple: Get to work. “What is my place in it all? I will always have a piece of land, and I obviously know how to drive a tractor,” he says. “You need to have models that we can look towards to say, ‘Hey, that can work.’”

Next Step Produce, which Thomet runs with his wife, Gabrielle Lajoie, is a compelling model. For close to 20 years, the couple has been at the forefront of sustainable farming in southern Maryland, growing staples including grains to diversify the local food economy and building soil health with regenerative practices.

Thomet grew up on a farm in Switzerland and arrived in the U.S. as a young man, by way of New York City. “My first thought was to get the hell out of there,” he says, and he hit the Appalachian Trail. Later, he worked at Caretaker Farm in Massachusetts and then at the famed biodynamic Hawthorne Valley Farm in upstate New York.

In 2000, he started farming on an 86-acre parcel of land about 50 miles south of Washington, D.C, in Newburg, Maryland. After he married Lajoie, she became a crucial partner on the farm, and they laid out what would be Next Step Produce’s enduring philosophy: commitment to growing nourishing food in harmony with nature.

Over the years, Thomet became a well-known player in D.C.’s local food movement. Many know his wild salt-and-pepper beard, Swiss accent, and intensity from the many years he was a fixture at the Dupont farmers’ market.

Next Step now has a small direct-to-consumer business but primarily sells to restaurants and small-batch food brands. In Baltimore, the farm’s vegetables and grains are featured on the menus at Woodberry Kitchen and Artifact Coffee. Keepwell, based in Pennsylvania, uses Thomet’s bitter lemons to make vinegar. And his grains are baked into plentiful loaves at Seylou, often referred to as D.C.’s best bakery.

“We both love what we do. He loves farming; I love baking with local whole grains,” said Seylou co-owner and head baker Jonathan Bethony. “I’m just trying to use the beautiful products that he has grown and to keep that chain of integrity alive.”

A Spiritual-Scientific Approach to Farming

Next Step is a certified organic farm, but that’s not where it ends. Thomet is a prolific reader and has tapped various agricultural and spiritual philosophies to hone his approach. The farm isn’t certified biodynamic, but he uses some biodynamic practices and believes in many principles of anthroposophy, the spiritual philosophy developed by the founder of biodynamic farming, Rudolf Steiner.

At the base of all of Thomet’s thinking is a central tenet: If something goes wrong on the farm, it’s because some element is out of balance. For example, he uses some of the protocols sold by farm consultant company Advancing Eco Agriculture, which promotes the idea that pest problems are caused by trace element deficiencies in soil. In other words, if minerals and other nutrients in the soil are balanced properly, plants are resilient and insects and diseases don’t go after them.

“The first question should be: ‘How do you create a healthy plant?’” he says, as opposed to simply attacking whatever is causing the problem. 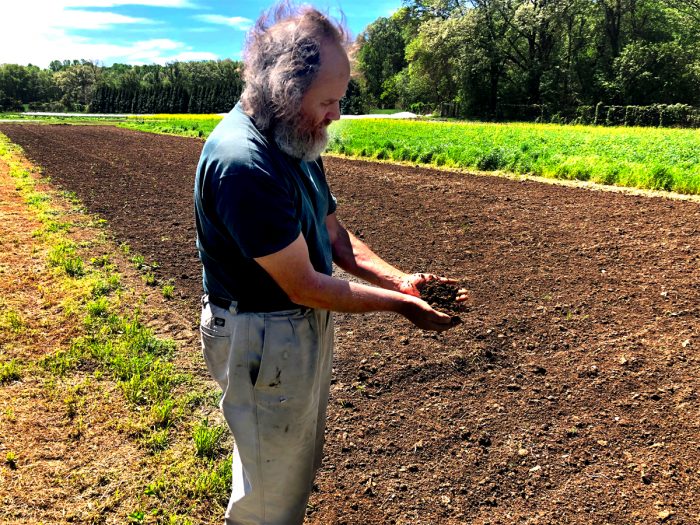 Of course, nature is unpredictable, and that doesn’t always work perfectly. Two years ago, Thomet had a heavy infestation of aphids on his sorghum. Still, he approached the issue with the intent to save the plants, not kill the pest. “We sprayed potassium silicate to strengthen the cell wall,” he recalls. Doing so “strengthened the plant and pushed the aphids back.”

Russell Trimmer, a farmer-turned-baker, worked at Next Step alongside Thomet and Lajoie for about three years. “He pulls from a really broad base of knowledge, and that open-mindedness and willingness to experiment and decide for himself in a very scientific way has been huge,” Trimmer says. “Of course, that only gets you so far, unless you have a really crazy work ethic to follow through.”

Trimmer says that Next Step’s operations were notably efficient, so that work that would have taken an entire season to complete at another farm could be completed in a week. But he was initially drawn to the job by a simpler promise: communal vegan farm lunches. While other farms feed their workers PB&J on the go, Lajoie cooks farm fresh vegan meals and workers sit down with the family (which now includes three teenage daughters—Mikayla, Raphaelle, and Hazel), offer thanks for the food, and eat together.

The vegan ethic also extends beyond the table. The only domesticated animals on the farm are three happy dogs and a few chickens. (“They’re pets!” Thomet says, matter-of-factly.) Instead of manure, plentiful compost is made from hay, straw, and leaves and amended with minerals and trace elements. Through a system of compost application, crop rotations, cover crops, and mineral balancing, Thomet has slowly regenerated the soil on the farm, which was once depleted by years of extractive, conventional tobacco farming. 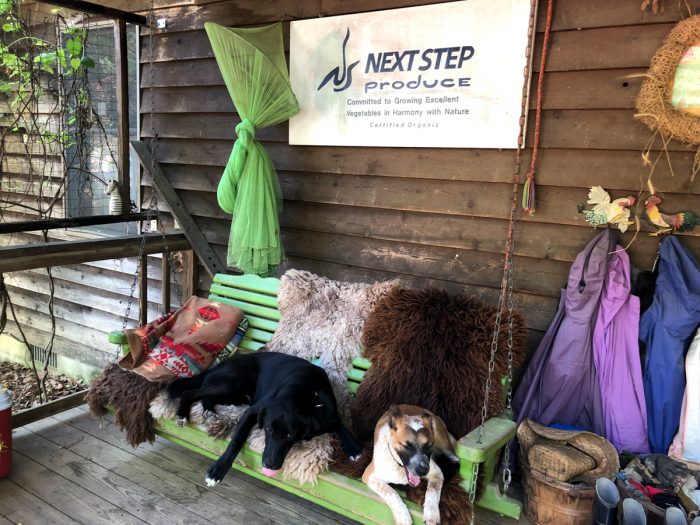 So far, he says he’s increased organic matter in the soil by about 1 percent, an accomplishment that can take decades. In addition to growing nourishing food, he sees building healthy soil that can sequester carbon as one of the essential tasks of the modern farmer.

Building a Local Food System to Feed a Region

Thomet also thinks deeply about his role in the regional food system in relation to what other farms are producing—or not producing. For instance, in his area, there are many small farms growing vegetables but very few producing grains or sweeteners.

Noting rising demand for local grains, he started planting them in 2010 and attracted the most attention for growing rice, a crop that hasn’t been commercially grown in the Chesapeake region for more than a century. If others are currently growing it in Maryland and Virginia, it’s not enough to even register on the most recent USDA Agricultural Census. Thomet is also using a system called System of Rice Intensification (SRI). Instead of using flooded paddies, SRI involves keeping soil moist and amending it with compost and other nutrients. This requires less seed and water and reduces methane emissions, which result from bacteria that thrive in flooded fields. 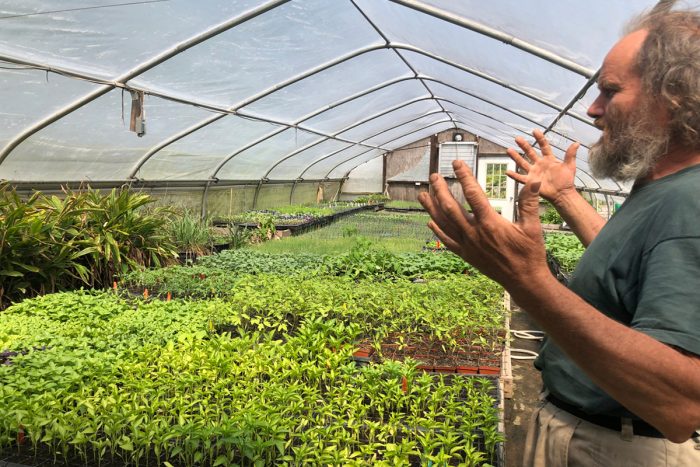 “The grains that we were growing and milling… it was pretty special,” he said, “and I saw that even Heinz really had to hustle in order to sell these things … that no one at the market knew what to do with it, how to bake with the whole grains.”

Trimmer went on to bake with local grains at Sub Rosa Bakery in Richmond, Virginia. He then ran the bread baking program at Woodberry Kitchen, where he used Next Step’s grains. Now, he’s buying grains from Thomet for his own bakery, Motzi Bread, also in Baltimore, which is currently operating on a membership model and will open a brick-and-mortar shop later this year.

Putting Hope in the Ground

D.C.’s Seylou also owes part of its origin story to Thomet. Co-owner Bethony says that when he was trying to decide on a location for his bakery, he considered New York, Colorado, and Washington State, but decided to set up in D.C. out of a desire to work with Thomet, who he considers a kindred spirit. “He cares about healing the land and healing bodies with nutritious foods. That’s his first priority,” Bethony says.

Today, the two have a close, working relationship. After realizing that a healthy farm system requires multiple crop rotations, Bethony adjusted his baking to work with less common grains such as millet, buckwheat, and rye. He now bases his recipes on whatever Thomet grows at a given time, and Thomet experiments with growing new grains on his behalf, too. The result is a Seylou menu that includes options like gluten-free bread made with pearl millet or German-style bread made with whole wheat, rye, and buckwheat.

“We do our best to make it delicious and accessible, but it’s something much deeper than just business or showing off,” Bethony says. “It’s about keeping the money here in the region and helping farmers like Heinz to survive. If more bakers and restaurateurs don’t start thinking like this, these guys will go away.” 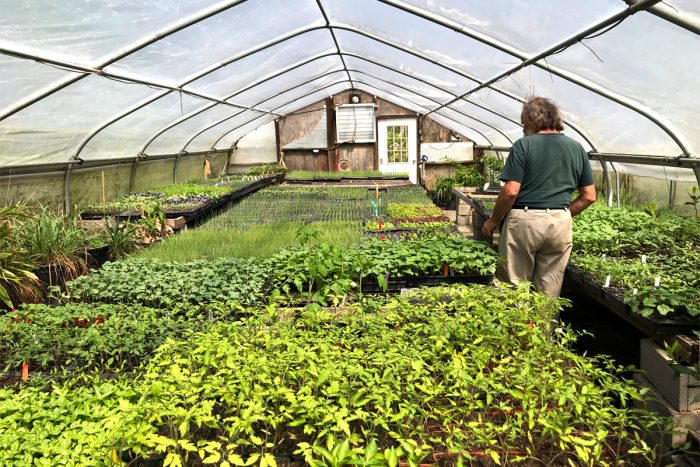 In fact, while Thomet is the farmer, he comes back over and over to the impact that buyers and eaters have on the food system. Unlike at a factory, “We take something very little, put a bunch of hope in it by putting it in the ground… and we are able to produce genuine wealth with sunlight, air, and soil,” he says. “But we farmers are about 1 percent of the U.S. population, and out of that, about 1 percent is organic.”

In order for farms like his to survive and for other farmers to follow in his footsteps, he says, consumers need to show up at farmers’ markets, ask questions about carbon sequestration and regenerative practices, and use their resources to support food that supports healthy bodies and a healthier planet.