Environmental groups say a new rule from the agency eliminates one of the only tools providing communities near CAFOs with information about toxic substances in the air. 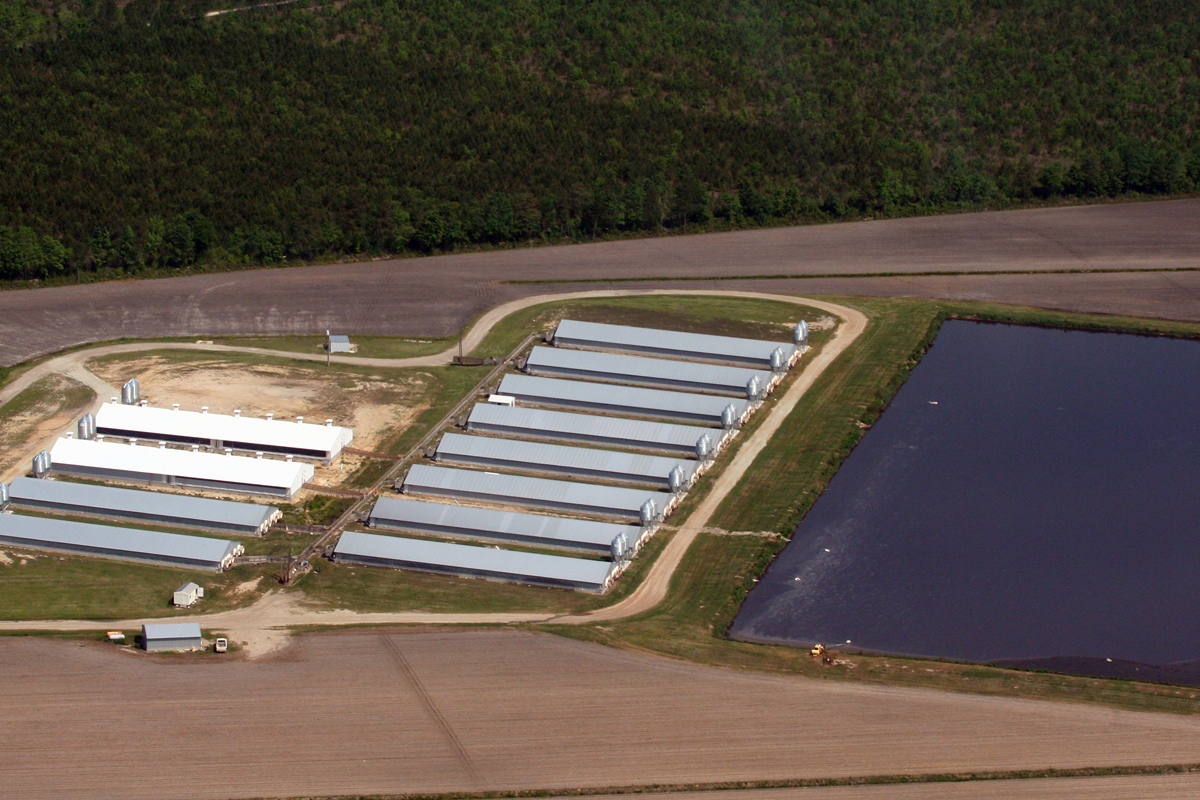 The Emergency Planning and Community Right-to-Know Act (EPCRA) requires facilities like factories to report emissions of hazardous substances to local officials, but on June 4, EPA administrator Andrew R. Wheeler signed an amendment that exempts farms from reporting air emissions from animal waste. Previously, farms had been required to report ammonia and hydrogen sulfide emissions over a certain threshold to local agencies. The same farms haven’t had to report emissions to federal authorities since 2018, when Congress passed the Fair Agricultural Reporting Method (FARM) Act.

Groups that represent industrial agriculture interests, such as the National Pork Producers Council (NPPC) and the National Cattlemen’s Beef Association, see the ruling as a win for farmers, who they said were required to submit to time-consuming reporting of “routine” emissions. But environmental groups say it’s another example of the agency and policymakers siding with corporate polluters over the interests of people living near factory farms.

Concentrated animal feeding operations (CAFOs), which confine thousands of animals into large barns without outdoor access, accumulate animal waste that does not break down naturally and therefore results in emissions. Poultry houses, for example, run large fans to blow ammonia out of the barns, while hog CAFOs accumulate waste in open-air lagoons that emit hydrogen sulfide.

Communities across the country are affected by the compromised air quality, including experiencing awful smells and waste particles in the air that fall like rain. Living near CAFOs is also associated with elevated blood pressure levels and a greater risk of respiratory issues. Without data, however, individuals and communities are ill equipped to protect themselves from one of the most potentially harmful impacts of factory farms.

“The factory farm industry has been let off the hook for almost all of our important environmental regulations,” said Tarah Heinzen, a staff attorney at advocacy group Food & Water Watch. “It’s really important to be able to identify what’s coming out of these facilities if we ever want to be able to … reduce the pollution that’s currently harming rural communities.”

The Emergency Planning and Community Right-To Know Act (EPCRA) works in conjunction with an interrelated law called the Comprehensive Environmental Response, Compensation, and Liability Act (CERCLA). Both lay out requirements for facilities across industries to report releases of hazardous substances to emergency responders and include options for reporting “continuous releases” if emissions occur on a more regular basis.

According to the environmental group Earthjustice, a combination of studies and calculations provided by the EPA, but which are no longer on the EPA’s website, show that large CAFOs would be expected to produce emissions above the thresholds specified by CERCLA and EPCRA.

“Ammonia and hydrogen sulfide are two of the most harmful pollutants being emitted by factory farms, and they have a huge impact on communities,” Heinzen said. Both substances are associated with a variety of respiratory issues at certain levels, and studies have found consistent correlations between communities’ proximity to CAFOs and asthma, chronic obstructive pulmonary disease, and other serious health issues.

Still, the EPA has made various changes that have allowed for reduced reporting over the past decade. In 2008, the agency issued guidance on its website exempting all farms from federal (CERCLA) and some from local (EPCRA) requirements. The D.C. Circuit Court struck down that rule in 2017, but shortly after, the agency again issued new guidance exempting all farms under both laws, using new reasoning. Then, in 2018, Congress passed the FARM Act, which officially exempts farms from CERCLA through a new statue.

Shortly after, the EPA posted a draft of this new rule for public comment, arguing that farms would no longer be required to report air emissions under EPCRA, based on their interpretation of how the laws relate to each other. The agency received 87,473 comments on the proposed rule; 99 percent were in opposition.

Environmental groups, in particular, say the new rule is illegal based on a misinterpretation of the language in the statutes. “We just disagree fundamentally with how they’re interpreting this,” said Carrie Apfel, a staff attorney at Earthjustice. “We don’t think the statute says what EPA says it does.”

Apfel also argues that it cannot be a correct interpretation of the FARM Act because of clarifications made by policymakers when the law passed. “Several members of Congress made statements saying that…this does not affect EPCRA reporting at all,” she said.

Earthjustice is currently representing 11 organizations to challenge the rule in court. On July 1, the organization filed a supplement to a complaint previously filed in September 2018 (in response to the EPA’s previous attempts to change the rule).

It’s worth noting that other kinds of emissions on farms—particularly those related to climate change, including carbon dioxide, methane, and nitrous oxide—are recorded and reported to the EPA’s Greenhouse Gas Reporting Program using United Nations Framework Convention on Climate Change (UNFCCC) requirements. Rates of all three gases went up between 1990 and 2017, according to the latest data from the agency.

Potential Effects of the Rule

In a press release, the NPPC said the rule was a win for farmers because it was “unnecessary and impractical for farmers to waste time and resources alerting government agencies that there are livestock on farms.” (The American Farm Bureau did not respond to Civil Eats’ requests for comment.)

The burden on farmers is an often-cited argument against requiring emissions reporting. But Apfel said the vast majority of farms were not subject to the rule because they would never meet the threshold—100 pounds or more of ammonia or hydrogen sulfide per day—at which reporting was required. Only the largest CAFOs, which make up a very small number of farms in the U.S., would ever meet that threshold, and pastured/grazing operations wouldn’t qualify to begin with because they are not “facilities.”

While research on the health implications of living near CAFOs has progressed, access to information on the levels and kinds of hazardous substances CAFOs are emitting into the air has decreased. Community efforts to gather data on CAFO emissions at the state level have been unsuccessful (and states have also been strengthening right-to-farm laws that prevent individuals who claim to be affected by these emissions from taking legal action).

Heinzen, of Food & Water Watch, said EPCRA’s reporting requirements were one of the last sources of information on animal agriculture emissions. “There are efforts at the state level to try to fill the information gap that EPA has left at the federal level, but to my knowledge, nothing has really succeeded,” she said. When it comes to community health, she adds, “Just getting that information is a critical first step.”