The plant-based burger company called regenerative grazing the “clean coal of meat” in a recent report. That hasn’t gone over well amongst carbon ranchers. 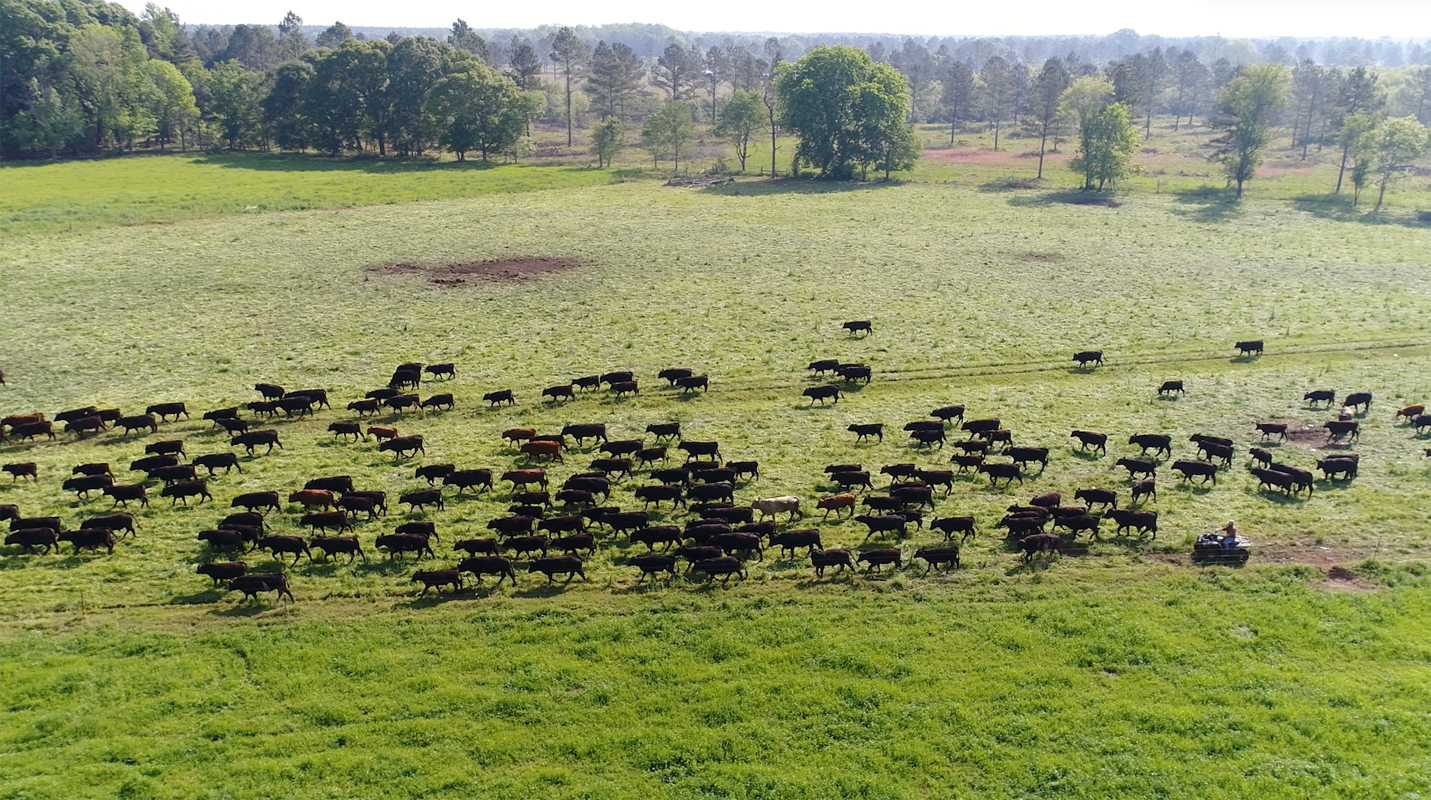 Rancher Will Harris says he was “stunned” when he got wind last week that Impossible Foods, the makers of the plant-based Impossible Burger, called regenerative grazing “the ‘clean coal’ of meat” in their 2019 Impact Report.

Speaking by phone from White Oak Pastures, his 153-year-old farm in Bluffton, Georgia, Harris said, “I think there were many mistruths in that attack.”

The feud is the latest in an ongoing discussion about whether regenerative meat production and high-tech plant-based alternatives can co-exist. And for holistically managed animal operations like Harris’s, the suggestion that all meat production should be seen as having the same impact on the environment constitutes a battle cry.

“We emulate nature,” Harris says in defense of the 2,500-acre farm where he raises 10 species of livestock in a vertically integrated cycle. At White Oak Pastures, Harris’s “100,000 beating hearts” are born on the farm, reared in its plentiful pastures, and slaughtered on site. The property’s vegetation soaks up sunlight, water and—importantly—carbon dioxide in nature’s perfect process of photosynthesis. The cattle graze on this plant life, given the protein, energy, and fat they need to thrive. 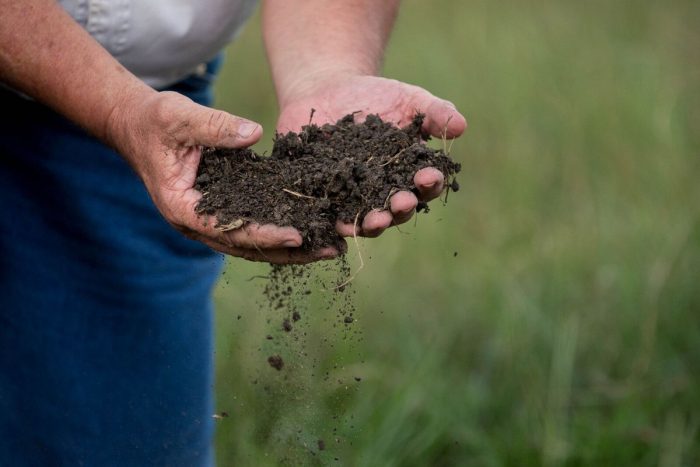 “I find it surprising that they are spending energy attempting to discredit regenerative agriculture,” Nicolette Hahn Niman, an attorney, author, and expert on sustainable food and farming, says about Impossible Foods. “It is still, at this point in time, a really small portion of agriculture,” Niman, who is also a California livestock rancher who farms regeneratively at BN Ranch, says in reference to the regenerative grazing community. In the U.S., around 97 percent of beef consumed is from cattle finished on grain in feedlots, otherwise known as conventionally, or industrially, produced—the antithesis of regenerative grazing.

According to Regeneration International, a nonprofit that engages more than 250 international partners to advance regenerative agriculture and land management techniques globally, the methodology is rooted in stewardship of the land. The organization defines the management method as “farming and grazing practices that, among other benefits, reverse climate change by rebuilding soil organic matter, and restoring degraded soil biodiversity.”

Though Regeneration International calls the field as a whole an “evolving science,” the organization states that a core component of their philosophy is the managed grazing of livestock. In plain English, this means mimicking the natural activity of migratory herds, by rotating them between a series of fenced-off paddocks. This allows for periods of intense mob grazing, where the soil is disturbed and the animals’ manure is naturally deposited and incorporated. Between grazing periods, the land is given time to rest and regenerate.

At Impossible Foods’ headquarters in Redwood City, California, the company is using a lab to isolate engineered soy and other proteins and nutrients in plant matter to create meat and dairy alternatives that mimic the real thing. 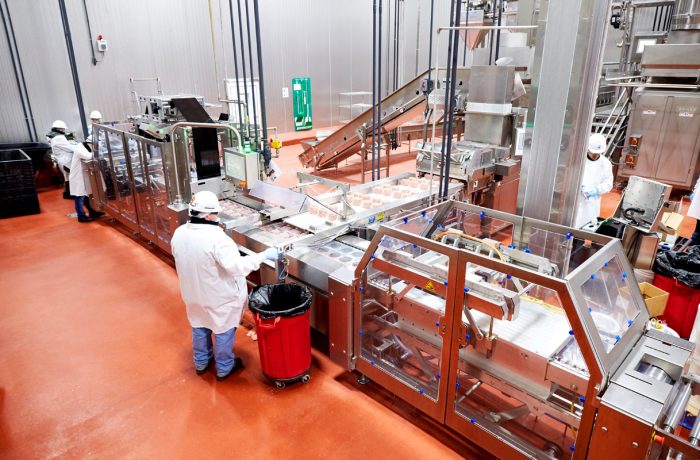 Business is booming for the Silicon Valley startup, which has raised hundreds of millions of dollars in financial backing and is currently valued at $2 billion. The Impossible Burger, the company’s flagship product now in its second iteration and made primarily from soybeans, is available at more than 8,000 restaurants nationwide as well as in parts of Asia. There is reportedly so much demand that Red Robin and White Castle are seeing shortages.

This comes after the company unveiled a plant-based Impossible Whopper at select Burger King locations in April. And later this year, the company plans to outfit all 7,200 U.S. Burger King restaurants, the world’s second largest burger chain, with the plant-based Whopper while also launching their product for sale at grocers across the country.

Founder and CEO Patrick Brown started the company with a focus on environmentalism and a mission rooted in eliminating animal agriculture, which the company calls a “destructive and unnecessary technology.” Impossible Foods’ branding appeals to the growing base of American consumers increasingly interested in how their food is produced. 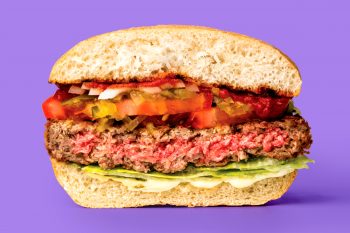 The plant-based food revolution is also extending beyond start-ups like Impossible Foods. Tyson Foods, the nation’s largest meat producer, recently announced that will also enter the plant-based alternatives and blended proteins market this summer with a new brand called Raised and Rooted. This follows on the heels of similar announcements from companies including Perdue and Nestlé. A recent report suggests that by 2040, 60 percent of “meat” consumed will come from lab-grown products or plant-based alternatives.

A Look at the Data

Both sides of the debate point to data that supports their argument. Last month, White Oak Pastures and General Mills (which buys the company’s meat for its EPIC provisions brand) released the results of a life-cycle assessment (LCA)—a critical review of the environmental impacts of the various stages in the life of a product—of the beef operation. The study, which was conducted by the global environmental consulting firm Quantis (but has yet to be peer-reviewed), determined that the beef operation produces net total emissions of -3.5 kilograms of carbon for every kilogram of beef produced, essentially reinforcing Harris’ belief that his farm serves as a carbon sink. 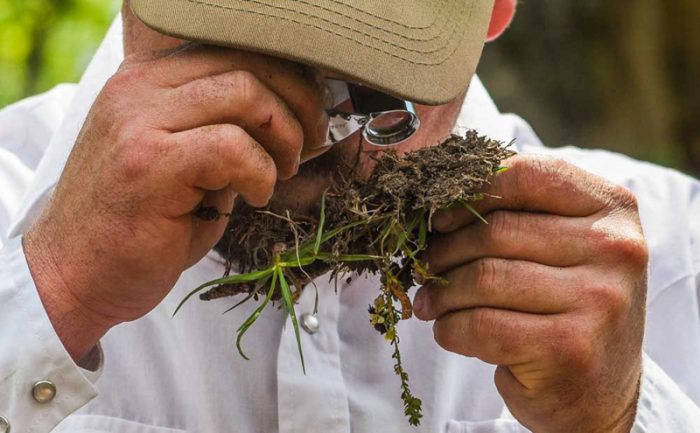 However, a strict look at the data has left some in the regenerative grazing community scratching their heads. The Impossible Burger 2.0 is formulated partly from genetically modified soybeans sourced from farms in Iowa, Minnesota, and Illinois. In the White Oak Pastures LCA, Quantis notes that soybeans have a footprint of 2 kilograms of carbon for every kilogram of food produced, based on the product’s listing in the World Food LCA Database.

Additionally, the White Oak Pastures LCA compared beef produced by the farm to a Beyond Burger patty, made by Impossible Foods’ prime competitor, Beyond Meat. As noted in the Quantis report, based on their own LCA, the Beyond Burger produces 4 kilograms of carbon for every kilogram of food it produces. The Beyond Burger is made from pea protein rather than soy.

When asked to comment on the findings from the White Oak Pastures LCA, an Impossible Foods spokesperson told Civil Eats, “First, we applaud any rancher or animal agriculture farmer for prioritizing climate and ecosystems in their operations. The issue is bigger than the management practices of one farm or ranch, and we are trying to raise awareness that grass-fed, extensive production is simply not scalable.”

The Savory Institute, a nonprofit advocating for regeneration of the world’s grasslands through holistic management practices, takes issue with this argument.

“Claims that our work has been ‘debunked’ disregard not just the millions of acres that have been regenerated globally and the tens of thousands of farmers, ranchers, and pastoralist communities who have stewarded this land transformation and witnessed it firsthand,” the Savory Institute wrote in response. “But they also overlook the growing body of peer-reviewed evidence documenting that properly-managed livestock can be a net positive for grassland ecosystems, carbon drawdown, wildlife habitat, and rural communities.” 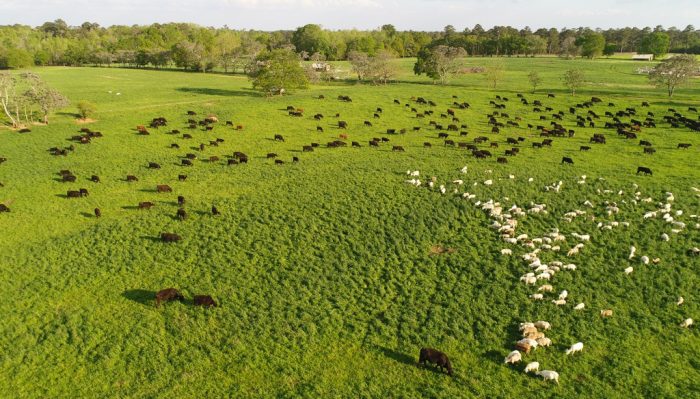 Harris claims that he’s not waxing nostalgic. He’d like to see a reversal of what he calls the “unintended consequences” of America’s post-World War II “centralized, industrialized, and commoditized” agricultural model. Though cheap and abundant food were provided by the prototype, it has resulted in disastrous consequences to animal welfare, rural communities, and the environment, he says.

As reported by the Food and Agriculture Organization of the United Nations, livestock production is the greatest user of land globally. When combined, the land needed to grow feed for animal agriculture and the land on which animals graze accounts for 80 percent of all agricultural land use on Earth. As meat consumption continues to climb with a growing world population, more forests are expected to be cut down, alongside the ongoing compromise of land, air, and waterways.

In its impact report, Impossible Foods says that though they do not support any form of animal agriculture, they see regenerative grazers as one of the worst environmental options. They note that “in most cases, industrial feedlot beef actually requires less natural resources and generates less greenhouse gas than does grass-fed beef,” citing research from Judith Capper at Washington State University.

Impossible Foods’ spokesperson pointed to research showing that if grazing production models were adopted in the U.S. at a scale necessary to meet the billions of dollars in sales from annual cattle production in the country, “the agricultural footprint of the U.S. would have to explode at the expense of public lands and national ecosystem integrity.”

Richard Waite, a lead researcher with the World Resource Institute’s (WRI) food program, says that his group has reached the same conclusion. “It actually takes more land, and leads to more greenhouse gas emissions per pound of beef, if you’re finishing on grass than if you’re finishing on grain because the animals grow more slowly and they are slaughtered at a lower weight,” he says.

This presumes that consumers will want to eat—or be able to afford—as much regeneratively grazed beef as they do conventional. As WRI has reported, if ruminant meat consumption in high-consuming countries like the U.S. declined to levels half of its current rate, the need for additional agricultural land would be eliminated, which in turn would mean no new deforestation for agricultural expansion.

“It’s interesting that there is this tension,” Waite says about Impossible Foods’ take on regenerative grazing in its impact report. “The world is a big place and I think there’s room for both,” says Waite.

In May, Impossible Foods announced that it would soon start sourcing genetically modified soy for the Impossible Burger. Previously, the patty was crafted using non-GMO beans (and version 1.0 relied on wheat) but the company has faced supply challenges as demand for the burgers skyrocketed.

From White Oak Pastures, Harris says that he’s certain that a genetically engineered and highly processed product reliant on a monoculture crop is not a step in the right direction in the name of environmentalism. He says that “nature abhors monoculture” and notes that the production needs of the Impossible Burger mimic some of the most troublesome patterns found in industrial agriculture.

Nicolette Niman also calls the company’s reliance on a genetically modified monocrop “problematic,” noting that the company is “fostering, supporting, and reinforcing” agricultural models that contrast to working in harmony with nature.

“We are in favor of both making agriculture, including animal agriculture, more sustainable and more productive, and we are in favor of shifting to more plant-rich diets,” Waite says about WRI’s take on the matter. “We are fans of Impossible Foods and other plant-based meat alternatives—and we’re also fans of farmers who are using improved practices,” he says, recognizing the diversity of climate change adaptation strategies needed. “There is no silver bullet that’s going to allow us to feed lots of people sustainably. It’s going to require lots of changes from farm to fork.”

Back at White Oak Pastures, Harris says that he’d like to meet with Impossible Foods to show the company’s executives first-hand that regenerative grazers are not the enemy. “Dr. Brown, please come see me,” he pleads. “It’ll be an opportunity for both of us to adjust our worldviews.”