Eating as a group—whether it's a family dinner or a community potluck—brings many benefits. Here's how to get started. 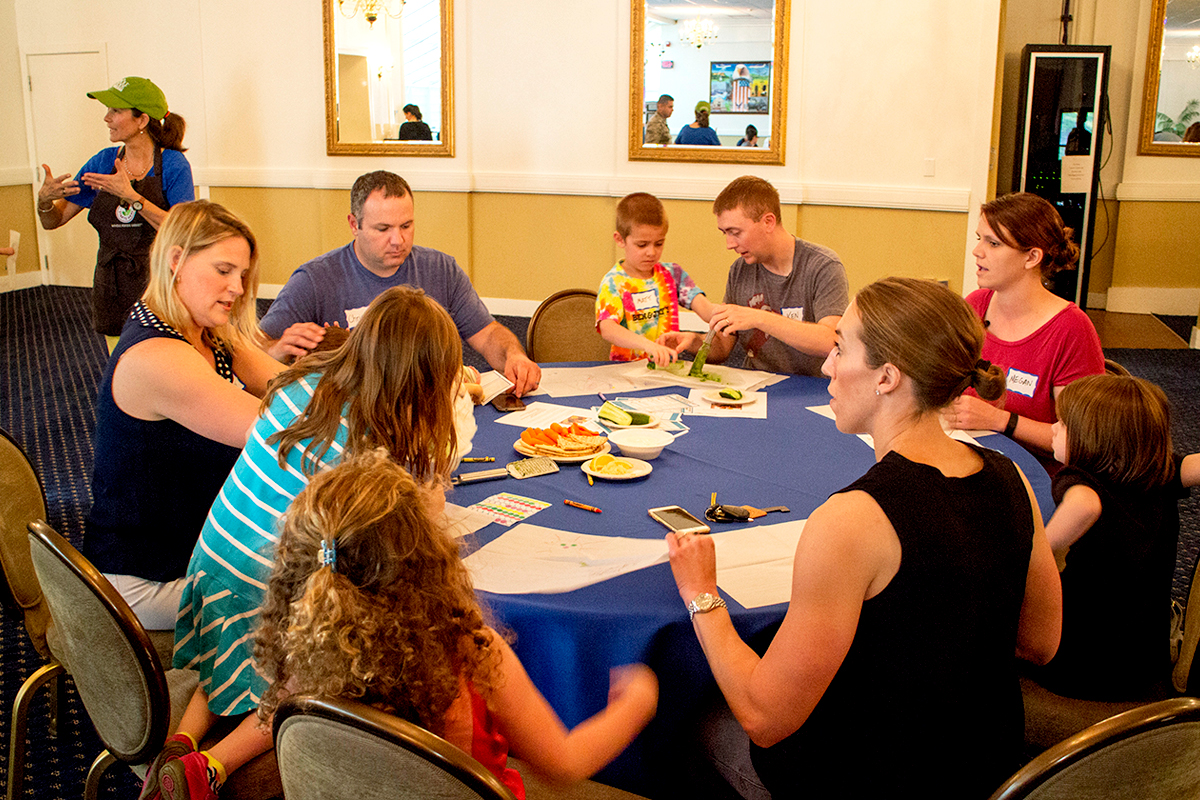 Busy schedules, rifts in the family, and long commutes can all be factors that prevent families from sharing a meal together. But research shows a shared meal can be beneficial in many ways to both mental and physical health.

Fishel said she grew up in a household where family dinners were the most reliable family tradition. That was part of the reason she wanted to help others maintain a similar practice.

“It was a formative time,” she said.

Over the past three decades, family meals at the dinner table have declined by more than 30 percent. Families with children under age 18 share dinners three to four times per week, while one-third of families with 11- to 18-year-olds share one or two meals per week at most. Only one-fourth eat seven or more family meals per week.

On The Family Dinner Project’s website, families can find games to play at the table, conversation starters, and tips to prevent conflict. The site also offers a free toolkit for anyone interested in hosting a family or community dinner. The number of families attending any single community dinner varies, but some components are constant: participants cook, play games, have conversations, and, of course, eat together, Fishel said. Conversations are facilitated through story cards, which can prompt conversations about favorite family recipes, migration history, or how their parents met, to name a few.

“When kids know their family’s stories, it increases their resilience and self-esteem,” she said. 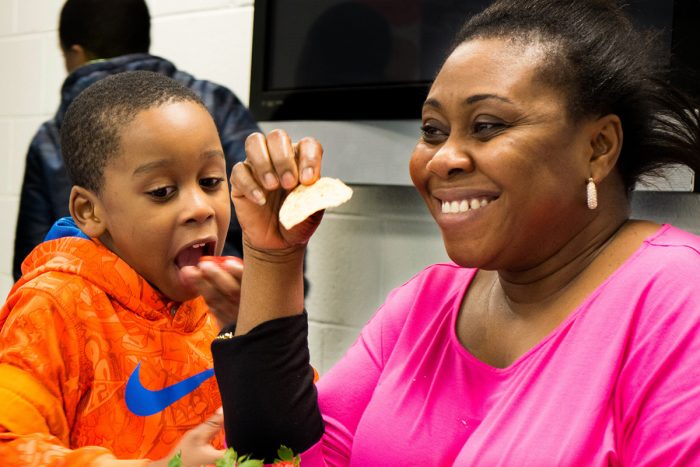 Participants at a community dinner at the Boys and Girls Club of Newark, New Jersey. (Photo by Spencer Ponte)

The Family Dinner Project’s goal is to help families that don’t often share dinners jump-start the practice. Fishel said dozens of community meals have been held, and each served as a place to reinvigorate, inspire, and create a sense of relating to others. Community meals have been held at the Boys and Girls Club in Newark, New Jersey; the Boston Children’s Museum; and at Hanscom Air Force Base outside of Boston, to name a few.

Heather Nelson, a mother of four from Virginia, and her family participated in a community dinner in May 2016 at Hanscom Air Force Base. They were in the middle of moving, and were living in a hotel. A free dinner and something different seemed like a good idea, Nelson said.

Although Nelson’s family has dinner together often, she said attending a community dinner helped them improve their shared mealtimes and gave them ideas on how to make them more meaningful.

“We loved the experience” because it led to discussions rather than one-word responses, she said. “I felt like we learned a lot.” Her family has used resources like recipes and conversation starters from the site.

Simply eating together is an important first step, but that alone will not give families the benefits of a shared meal, said Barbara Fiese, a professor and director of the Family Resiliency Center at the University of Illinois. Television, screens, and other distractions during dinnertime take away from the “power” of what could happen during the meal. 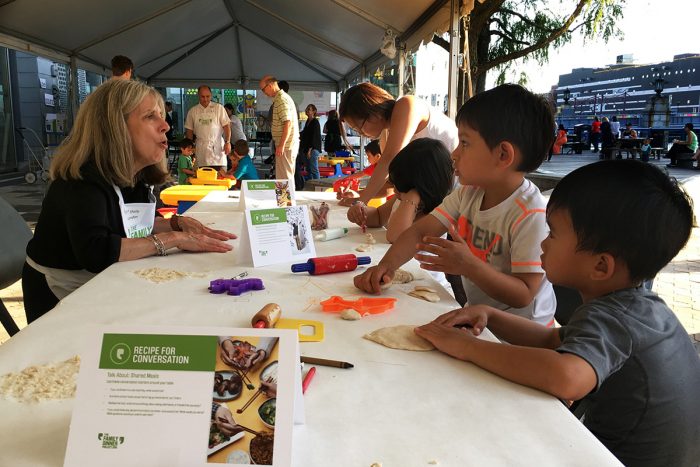 “You got to get together first,” she said, adding that when there is a routine in place, families may find it easier to talk about bullying or other difficult topics because they know the dinner table is a safe environment.

Making an effort to have a shared meal is not just for nuclear families, either; the benefits logically extend to any household wanting to reconnect. Additionally, people living in low-income households don’t need to worry about the meal being extravagant or expensive. The shared meal can be a snack; it does not necessarily need to be “perfect or formal or fancy food,” Fiese said.

“While the food is just what brings the family to the table,” Fishel said, “what keeps them there and what makes the benefits actually happen is there being a warm, inviting, welcoming environment at the table.”

Top photo: A community dinner at Hanscom Air Force Base produced in collaboration with Blue Star Families, a military family support organization. The families worked together to make tzatziki for a shared appetizer course. (Photo courtesy of The Family Dinner Project)