Bismallah Kabob has become a gathering hotspot for Detroit's Bangladeshi community—and is building bridges between immigrants and longtime residents. 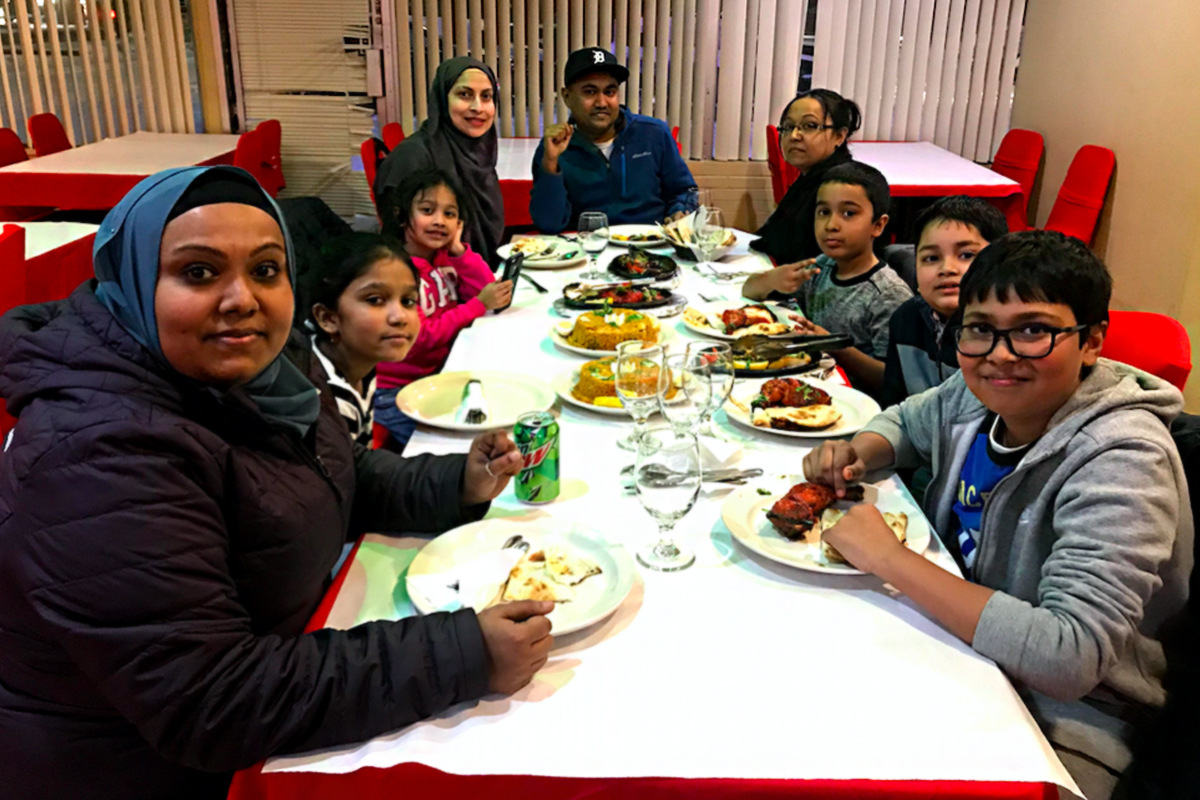 On some days, Afzal Choudhury wears a red apron over his button-down shirt and khakis. Other days, the owner of Bismillah Kabob dresses in clothes he wears to the mosque, a thobe that goes down to his ankles and a prayer hat called a tufi. Choudhury greets customers at his restaurant in a mixture of English and Bangla, his native language.

Choudhury began his journey to open the restaurant with one question: “What’s for lunch?”

At the time he was teaching children in the City of Warren how to read the Quran. There weren’t many options for halal food, which is prepared according to Muslim dietary laws.

“A lot of people told me they eat at McDonalds or Burger King because there was no halal food,” Choudhury says. “I shared this with my friends. Then we decided to make a halal restaurant in Warren.”

Choudhury and his partners started Bismillah Kabob in a half-empty strip mall. Initially, the restaurant struggled in a mostly white neighborhood. Today it’s a hub of the region’s growing Bangladeshi community. The strip mall is now home to other Bangladeshi-owned businesses including an accounting firm, an insurance agency and a grocery store. Across the street there is a pharmacy and a mosque. 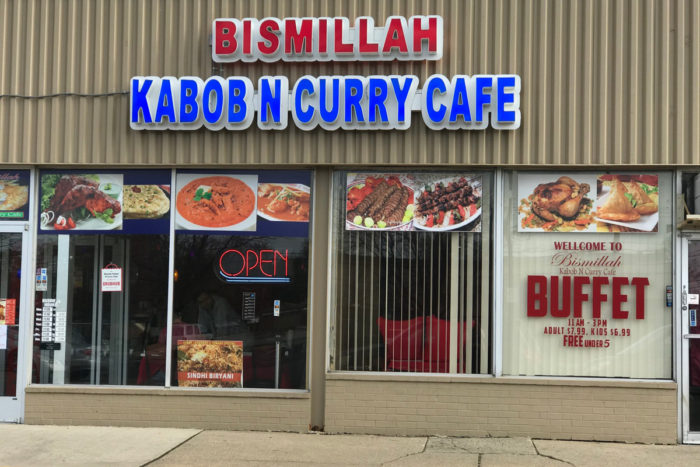 “It’s something that we see with other ethnic communities,” says Saeed Khan.

Khan is a Lecturer of Near Eastern and Asian Studies at Wayne State University. He says the migration of Bangladeshis from Hamtramck and Detroit to the city’s northern suburbs is similar to that of Polish Americans decades earlier.

“For example, Hamtramck at one time being the epicenter of Polish American life, both in the Metro Detroit area and even nationally, they essentially began the trend of moving northward from Hamtramck into Macomb County, and into places like Warren, and into Sterling Heights, moving not just as communities but also businesses,” he says.

The restaurant’s front door opens and Tanvir Choudhury walks in. He is one of Bismillah’s oldest customers. He takes in the aroma of curries and butter chicken. Afzal Choudhury serves him a cup of steaming hot cup of Bangladeshi milk tea called dood saa.

“We come here like since its opening and the before they remodeled this place they used to have a small place,” Tanvir Choudhury says. “And the demand is growing up because we don’t have lot of Bengali restaurants around here.” 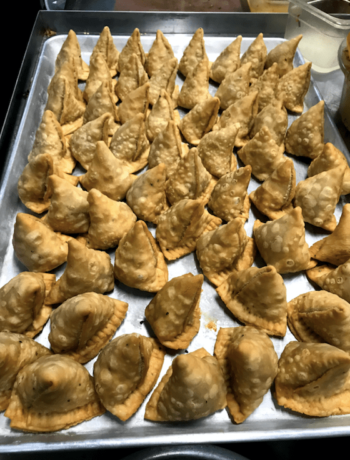 The menu still includes some American favorites. Aisha Zeben of Dearborn came to eat with a friend.

“Today we had the, oddly enough we had the chicken wings, which I know is not the like most desi thing to order at a restaurant but they were actually really good. I was pleased,” Zeben says.

Bismillah Kabob takes its name from a prayer said by Muslims before eating or doing any good deed. “Bismillah” literally means, “In the name of God.” For Muslims it’s an easy way to spot a halal restaurant. It’s a reference lost on most non-Muslims.

Nick Buza is a teacher in Warren who discovered the restaurant last summer.

“Most people driving by do they know what Bismillah is? No. Do they know what it means? Absolutely not. Have they ever tried the food? Probably have no idea what’s inside of here,” Buza says.

The City of Warren has a history of resisting the arrival of Muslim immigrants. Warren and surrounding Macomb County is known as the home of the “Reagan Democrats”—white, working class people, often union members, who are politically conservative.

In 2006 local officials blocked a plan to open Warren’s first mosque. The Islamic Organization of North America was eventually allowed to proceed after the U.S. Department of Justice stepped in to monitor the case. Now there are six mosques in the city.

Warren’s mayor, Jim Fouts, says the city is still dominated by the descendants of earlier waves of immigration.

“Well, the traditional makeup of Macomb County predominantly is by religion Roman Catholic, and by ethnicity has been Polish and Italian,” says Fouts. “And that if you see who gets elected to high positions, it’s usually a person with an Italian or Polish name… that’s just the way it’s been for years.”

“It is an evolutionary thing, and I think it’s somewhat reflective of the United States,” Fouts says. “So Warren is becoming a more diverse city today than it might have been 25-30 years ago.” 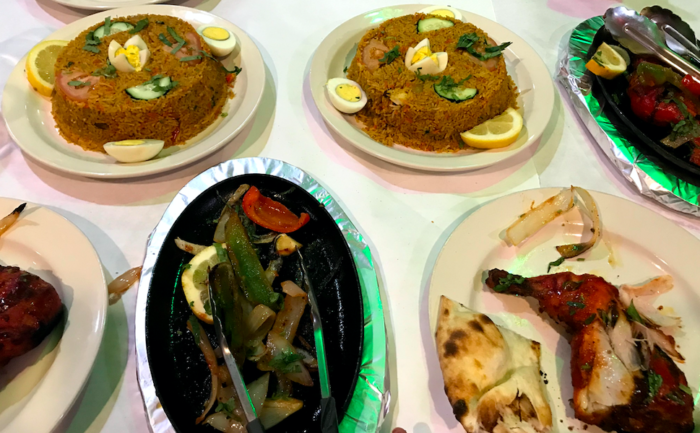 One sign of that growing diversity was on display last year, when community organizers chose Bismillah Kabob as a spot for the Embassy of Bangladesh to set up mobile services such as expedited visa processing. Nearly a thousand people came through over two days.

Afzal Choudhury says after five years the restaurant is no longer struggling. Bismillah’s customer base is now a 50-50 mix of Bangladeshi and non-Bangladeshi diners.

“I feel happy because I am able to provide a community service and provide halal food, so kids can take halal food to school,” Choudhury says. “And people who work at the factories and companies, can also have halal food during lunch. I am happy can sell halal food… tikka masala, butter chicken, tikka biryani, chicken tikka, tikka kabob.”

For Choudhury, what started with a simple question, what was he going to have for lunch, has helped to answer a bigger one. Can the Bangladeshi community create new opportunities and connect in a new place, one that has at times been openly hostile to them? Bismillah Kabob seems to show there is indeed a way to get from here to there, from burgers to biryani.