The ‘Nativore’ Chef Working to Improve Nutrition in Indigenous Communities 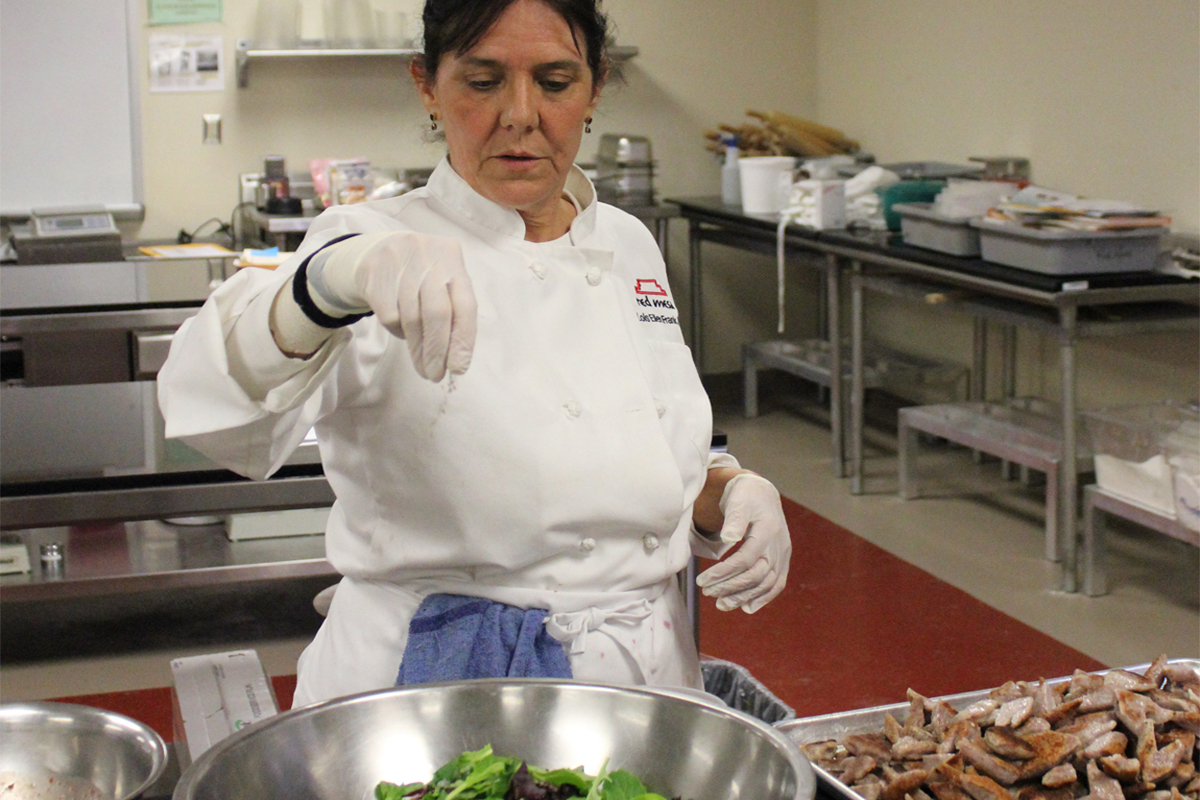 Chef Lois Ellen Frank, a member of the Kiowa Nation, presents a commanding figure in her chef whites. Standing in the middle of the sacred hogan structure, offering a cooking demonstration at the recent Rocky Mountain Seed Alliance summit in Santa Fe, Frank spoke to a crowd of about 100 people about the history and continued relevance of Native American cuisine. She also offered the audience the opportunity to sample her cooking—which on that February day included a three sisters (corn, beans, and squash) stew and agave-sweetened blue corn cakes.

Frank, 58, is a chef, writer, and photographer who has dedicated her life to teaching people about Native American food. After dropping out of culinary school on the East Coast, she received a BA from the Brooks Institute of Photography in 1985 and transitioned into a career as a food photographer. After several years of working in the advertising industry, however, she had a crisis of ethics about the harmful, unhealthy food she was working to sell. 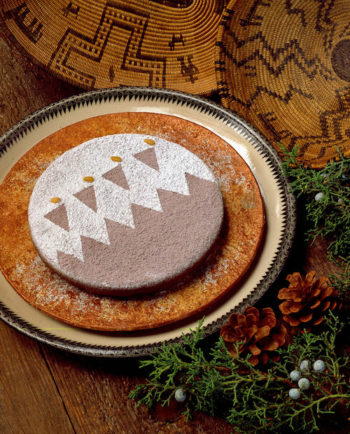 Frank began noticing the lack of representation of Native American food in the media and the food world, and learned all she could about the traditional foods of the Southwestern Nations. She moved to New Mexico in 1991 and began working as a private chef. Now, she operates her own catering company, Red Mesa Cuisine, and teaches at both the Santa Fe Community College and the Institute of American Indian Arts in Santa Fe.

In addition to writing two books, Taco Table and Foods of the Southwest Indian Nations, and a number of academic texts on diet and nutrition in Native American communities, Frank has contributed photography to countless books, articles, and posters over the past three decades.

Now, she’s focused on resolving the pervasive health problems in Native communities through diet, with a focus on diabetes, which Native Americans are more than twice as likely to develop than non-Hispanic white Americans. Civil Eats recently spoke with Frank to find out more about her career and the work she’s done in and outside of kitchens to address the health crises facing her community.

Could you tell us a little bit about your culinary background?

In culinary school I was told that, as a woman, I should go into pastry because [otherwise] I would always work under a man. And that didn’t sit well with me. So [that’s why] my undergraduate degree is from Brooks Institute in Santa Barbara. After that, I moved to L.A. I worked in the food advertising industry. One day, [the famous photographer] Ernst Haas came into the studio when we were photographing reconstituted fast food—because the only people who have money to pay a food photographer are the large corporations, which I also didn’t know at the time.

He asked me if what I was doing was “the poetry from within and the legacy that I wanted to leave behind.” And it raised ethical questions for me, to be promoting foods I didn’t eat. So I left the industry, and I came here, not exactly sure what I was going to do. My life has always been about food. So it was about leaving early enough in my career to reinvent myself.

Were you interested Native American food from the start, or did that come later?

While I was in L.A., I got involved in the Native community and I started driving out to different reservations and learning about traditional foods. I met a home economist who did a book called Hopi Cookery—Juanita Tiger Kavena. And she was trying to revitalize, reinvigorate, and teach about her [husband’s] tribe’s food. She taught me a lot about Hopi cooking and her perspective on Native foods. She was really one of the first Native American cooks to publish a cookbook. I started to realize that Native American foods were not only underrepresented but misunderstood.

When I moved back [to Santa Fe], I started to get asked to do private chef events, and they slowly became more and more frequent. I like to follow rules, and whenever you deal with food or the public or feeding people, there are always things that [go wrong], so I formed an LLC called Red Mesa Cuisine in 2005-2006, when I felt that the line between doing this casually and doing this seriously as a business started to change.

As a chef, writer, and photographer, you travel all over the world to give cooking lessons and to talk to people about Native American cuisine. How do your audiences differ in the U.S. versus in other countries?

I think people all over the world, but especially in the U.S., are generally concerned about quality of food: how it’s grown and where it comes from and its sustainability. In my [Indigenous Concepts of Traditional Food and Wellness] class at Institute of American Indian Arts today, we were talking about that. The food systems are broken; they’re unsustainable, they’re inhumane, and they’re toxic.

We have a right, not only as Native people, but all people, all over the world—a right to good, clean food, where we get to choose and determine how that food is grown and processed. That is our food sovereignty. My student from Taos Pueblo said, “We have the right to clean water and to grow the foods that are culturally appropriate to who we are.” My Korean student said the same thing! What are her foods? Rice and kimchi. Her people have the right to have access to those culturally appropriate foods. 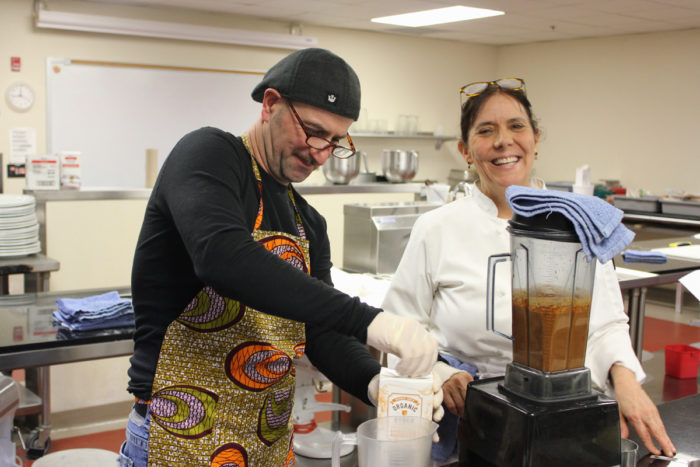 There’s a movement, one that everybody can be a part of, toward eating culturally appropriate food; food that’s safe, clean, sustainable, nurturing, and healthy. People all over the world are waking up to the ideas of environmental justice and food sovereignty. Because when you self-govern, corporations aren’t governing you. [And corporations] are packing animals in trucks and they’re all dying; they’re giving them antibiotics and chemicals, and it’s completely inhumane.

Brown University American Studies professor Elizabeth Hoover who spoke at [a School of Advanced Research event] used the word “gastro-diplomacy” and equated it with Native chefs and Native cuisine. It’s not only about growing great food—people need to eat that food and use that food and cook that food and teach [others]. And all of that is as vitally important. Because you can save seeds until you’re blue in the face, but if nobody plants them, then how successful are you?

Foods that are culturally—and ecologically—appropriate are so important. Here in New Mexico, you’ll sometimes see gardeners planting broccoli or something equally water-intensive that doesn’t belong in the desert. That’s the kind of food they’re used to seeing in the supermarket, but they have no context about what belongs here.

Right! I got asked recently if I was a locavore. And I thought long and hard about that, and my answer is no. I do buy local, and support local, and I eat seasonally, and I think planting local and culturally and environmentally appropriate foods is really important. But I’m a nativore. I am going to buy foods not from this bioregion—coffee, chocolate, wild rice, the tepary bean—but I’m going to buy those from sustainable, small mom-and-pop or Native-owned enterprises to support a sustainable process for foods not from this region. So while I am eating local first and I go to farmers’ markets every week, I’m not solely a locavore. And I feel really good about that.

In your books and lectures, you often talk about the eight ingredients that originated in the Americas before they were found anywhere else in the world. Could you talk more about those? 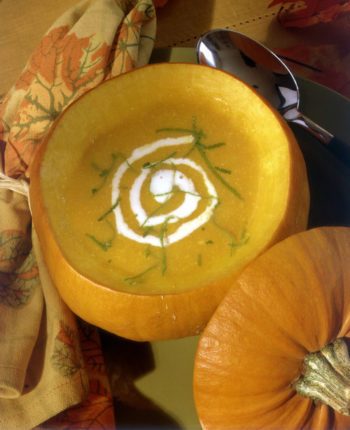 The magic eight: corn, beans, squash, chili, tomatoes, potatoes, vanilla, cacao. Those ingredients did not exist outside of the Americas in 1491, meaning that Columbus brought these foods to what was called the Old World. Foods went there, changing that world forever, and foods from over there came here, changing this world forever. The history that most of us know is from a Eurocentric perspective. That’s why this is the New World—because it was new to Europeans. We don’t undo history, we just delineate and try to accurately define history.

Native people have their four historic periods: the pre-contact period, the first contact period, the government issue period, and the New Native period, which is where we are now. This is probably the most exciting, because for the first time in history, Native chefs are defining what their foods are and doing it individually.

Can you tell us a bit more about the work that you’ve done recently around diabetes—in the Navajo Nation specifically and in Native populations generally?

When you go back to the ancestral foods that are indigenous to who you are as a Native person, we can use those foods for health and wellness. So we made a medicine wheel and on it are fruits, vegetables, legumes, and grains. And if you eat 90 percent those and 10 percent sustainable wild game or sustainably raised meat, you’re going to be healthy, and you’re going to be able to reverse Type 2 diabetes.

When we think about the government’s MyPlate [the USDA-created “nutrition guidelines” visual that replaced the My Pyramid visual in 2011]—truthfully, I look at that and I think, “That’s not my plate.” We’re asking Native communities to say “What is your plate?” If you’re from Taos Pueblo, your plate is different than if you’re Ojibwe from Minnesota, which is different than Tanana on the coastal region north of Seattle. Your plate is going to be different based on your bioregion, the traditional ecological knowledge that surrounds your region, and who your people are. Those are the foods that should be on your plate; those are the foods that we should be planting and harvesting. Having a universal “plate” for all people is similar to what you mentioned: “Let’s plant a water-intensive crop here in the desert,” which doesn’t really work.

Melissa Nelson is a colleague of mine; she’s a Native professor at San Francisco State. She defines something called “eco-cultural health:” the idea that the health of the land and the people are inextricably linked. I think that goes for people all over. You can’t have one without the other.

Robin is a writer and editor living in Albuquerque, New Mexico. She currently serves as the Food and Drink Editor at Weekly Alibi, where she has worked for three years. She regularly contributes to edible New Mexico, THE Magazine, and kaurspace.com. Read more >