American Cider in Black and White

A cider expert says it’s time to take a hard look at the history of racism associated with cidermaking. 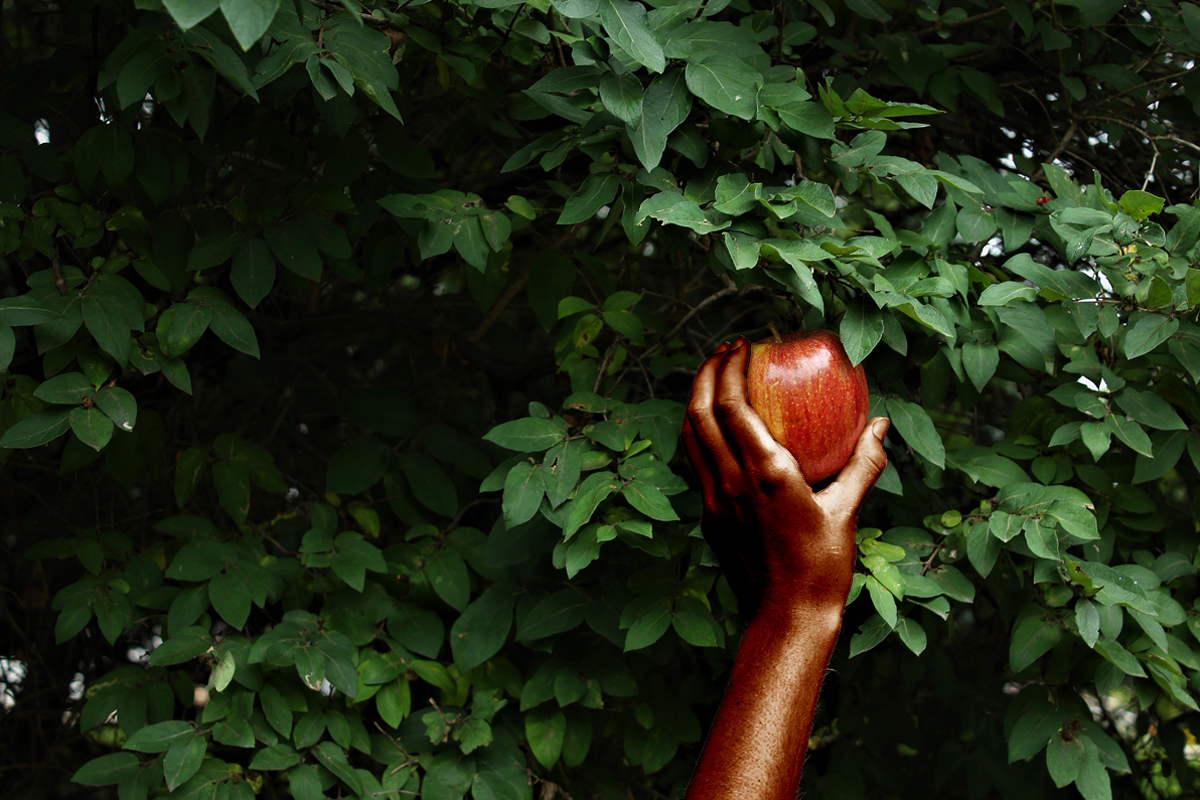 Jupiter Evans was born in 1743 on a Virginia plantation. We don’t know too much about his life and it is only speculated that his last name was Evans—as with so many stories of slaves, whose lives were minimally documented. Evans was born the same year and on the same plantation as Thomas Jefferson, whose father owned Evans and his family. Jefferson and Evans grew up together and played together as children. When Jefferson turned 21, he received Evans as a gift from his father. Evans traveled with and worked closely alongside Jefferson his entire life.

We know quite a bit about Jefferson, the third president of the United States and the primary author of the Declaration of Independence. He was a prolific writer whose life was steadily documented by scholars and written about in textbooks. But it has been less known, or perhaps less discussed, that Jefferson’s entire life was made possible by slavery. His wealth, status, and political career were founded on the work of others. He fathered at least six children with one of his slaves, Sally Hemings, who was only 13 or 14 when their relationship—if we can call it that—began. Jefferson was 43. Throughout his lifetime, Jefferson owned 607 enslaved men, women, and children. Despite publicly stating that slavery was an “abomination,” he only freed seven people in his lifetime.

Jefferson also loved to drink wine, beer, and cider. Evans was Jefferson’s personal butler and was involved in the cidermaking process at Jefferson’s plantation, Monticello. Making cider was a task that was reserved for those with great skill. When Evans died in 1800, Jefferson said his loss “caused a real gap in his household management.”

There is a trend in cider to romanticize the history of cidermaking in America, to cite the Founding Fathers as avid cider drinkers, and to talk about the heritage of American cidermaking and American cider apples. Media coverage and consumer-facing marketing campaigns encourage this tired dialogue along with tales of Johnny Appleseed. Following their cue, many cidermakers and national organizations continue the colonial nostalgia and by using the terms Old World, New World, and heritage to differentiate styles of cidermaking.

For example, the Greater Lakes International Cider and Perry Competition (GLINTCAP) landed on the term “heritage” in 2015 to denote ciders made with “fine craftsmanship” and “thoughtful and deliberate choices with regard to varieties, blending, fermentation, maturation, and packaging,” GLINTCAP Competition Director Eric West explained by email to Civil Eats. “The terms ‘heritage’ and ‘heirloom’ have similar connotations, and a heritage cider often contains [apple] varieties that would typically be thought of as ‘heirloom.’”

In their recently issued style guide, the United States Association of Cider Makers (USACM), listed “heritage” as one of their four standard styles for producers, retailers, journalists, and consumers to use when talking about cider. The USACM defines “heritage cider” as “made primarily from the fresh juice of multi-use or cider-specific bittersweet/bittersharp apples and heirloom varieties.” According to USACM Executive Director Michelle McGrath, the group was influenced by GLINTCAP’s adoption of the term and cited the agricultural industry’s embrace of “heritage” as a marketing term.

The word “heritage” has weight to it. It suggests history and inheritance. One the one hand, it has been used by groups like Slow Food and the Livestock Conservancy to help preserve traditional, often endangered livestock breeds. But in a more abstract sense, it can also be lumped together with efforts to harken back to old social structures and cultural norms, as in the case of today’s white nationalists.

At a time in which more and more white supremacy groups are using the word “heritage” to talk about their birthright over disenfranchised groups, to use the term lightly is to ignore the real and painful connotations that come with it. And in the case of cider, the term fails to recognize the reality that, for generations, enslaved Black men, women, and children were often the ones growing the crops and making cider, beer, and wine on the plantations owned by the Founding Fathers. What’s more, many of those slaves brought fermentation techniques and styles with them from their respective countries in Africa.

As someone working in the cider industry—a predominantly white industry—I find myself wondering: How can we support people of color to grow apples, ferment juice, start small businesses and buy cider when the term “heritage” is used so frequently? When our Founding Fathers are referenced so often?

“People in cider who romanticize [colonial times] automatically don’t see people of color as their clientele because they are glorifying people who owned other people,” says Ashtin Berry, founder of the Radical Xchange collective in Louisiana. Berry, who is Black, recently hosted an event called Resistance Served that brought together people in the hospitality industry to talk about the ways of Black people have contributed to today’s foods and beverages. Berry explains, “Our Founding Fathers were rapists and slave owners at the extreme and at the least they were capitalists who acknowledged the atrocities and human rights violation of slavery but willingly supported its continuation for a select few who happen to look just like them, white and male.”

As is often the case in marketing, Berry believes those using “heritage” are being selective about the narrative that they put forth. “When you speak of the Founding Fathers and you want to talk about how that’s your heritage, cool—it is your heritage. Just make sure that you mention slavery and all of the other things that go along with that heritage. You don’t get to piece and parcel it for the parts that make you feel proud and leave out the parts that make you feel ugly,” she adds.

Krista Scruggs, the Black owner and wine- and cidermaker behind Zafa Wines in Vermont, agrees. “Our history is rooted in that plantation. And when try to trivialize that or take it away, you’re taking away my history, too.”

Two Virginia cideries, Blue Bee Cider and Albemarle Ciderworks, have each tried to bring light to the history of slavery in cider. Albemarle Ciderworks even has a cider named “Jupiter’s Legacy” in honor of Evans’s role the cidermaking process at the Monticello plantation.

Courtney Mailey, the owner of Blue Bee, hosts educational events highlighting Black history in cidermaking, but she says doing so comes with its own set of challenges. “I’ve tried to do programming for Black History Month twice, but the information was just not [available],” Mailey explains. She even encouraged people to bring any stories that they had because the written history is not that strong—but to no end. There’s just not enough historical record to tell the story of slaves’ lives—let alone their role in making cider. Mailey adds that she avoids the term “heritage cider” when speaking with customers.

While some have shrugged off the fact that “heritage” whitewashed the story of cider, Berry argues that the offensiveness of the term is not going away. “The biggest issue is how dismissive white people are when they’re told something is racist,” she says. “You don’t get to decide how people of color feel about historical references.” She’s all for agreeing on shared terminology, she adds, but why not use a term without so much baggage? “Words matter,” she adds.

A version of this article originally appeared in the Spring 2019 issue of Malus Zine.