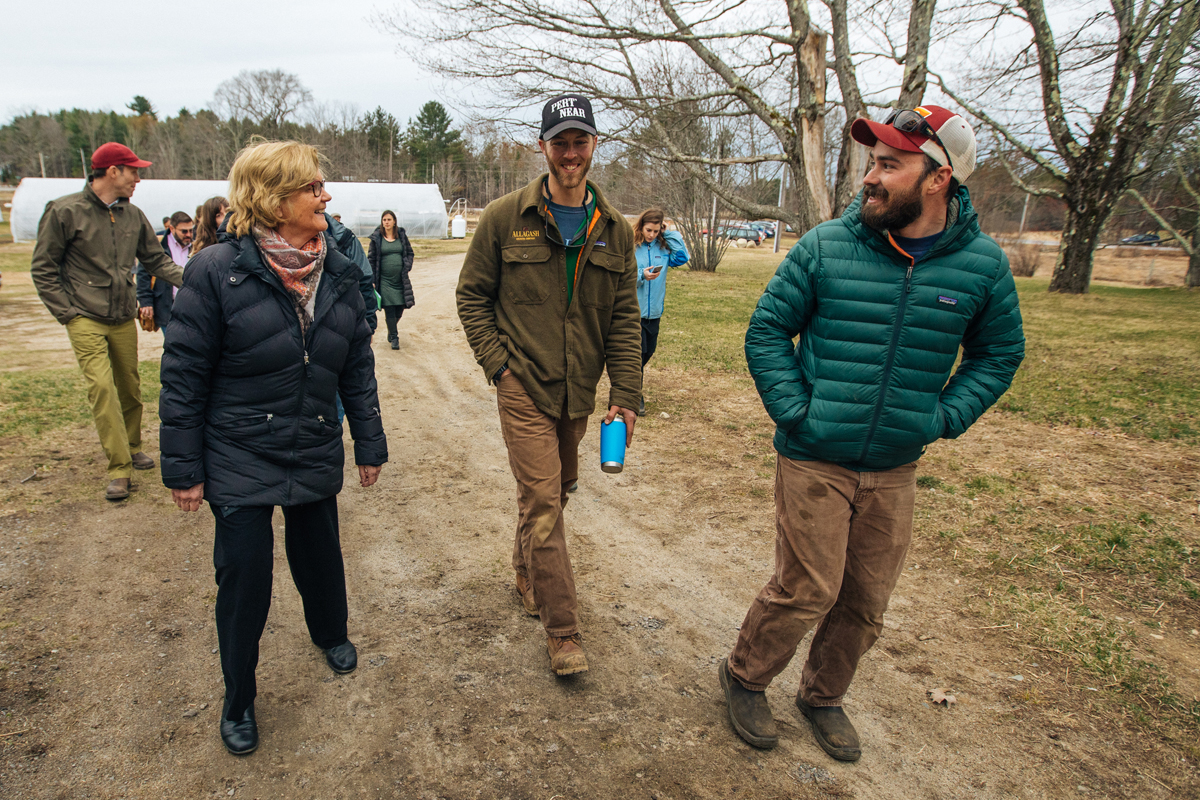 In the summer of 1971, armed with a copy of Living the Good Life by Helen and Scott Nearing, I stepped off a ferry and onto North Haven Island in Maine. I was a back-to-the-lander, determined to live a more sustainable life. Years later, after graduating from one of the College of the Atlantic’s first classes, I established an organic farm complete with cows, chickens, sheep, and vegetables. Many years later—while raising a family and farming on and off—I stumbled into politics and was elected to the state legislature and eventually to Congress. 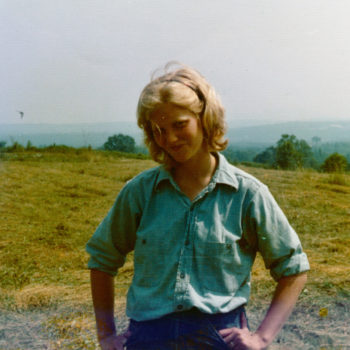 Chellie Pingree as a young farmer.

I still run an organic farm, and when I return home from Washington on the weekends, I come back to the island where I’ve lived for more than 40 years. In that time, I’ve watched our land in Maine become more vulnerable to rising tides, to late spring frosts, and other harsh effects of climate change.

These are tough times for farmers. They’re operating on thin margins to begin with. Trade wars are jeopardizing export markets. There is a serious mental health and substance abuse crisis ravaging our rural communities. And extreme weather events are becoming more unpredictable and catastrophic.

Farmers see the effects of climate change every day. Our growing seasons have changed. We’re experiencing more frequent and serious rain and flooding, yet also more prolonged droughts. It is become increasingly difficult to stay on farmland and actually turn a profit.

Despite this worsening problem, Congress neglected to take action on climate change for eight years. Republicans did not hold a single a hearing about the issue during their entire time in the majority, let alone pass a bill to push for mitigation and solutions. The 116th Congress is different. We’ve already held more than 30 hearings on climate change, and recently voted on legislation reenter the United States in the landmark Paris Climate Agreement. But we are long past the time to start taking dramatic action, as shown by this week’s alarming mass-extinction report from the United Nations, as well as last year’s U.N. climate emergency report.

However, in our new push for climate solutions—from the ambitious Green New Deal to our recommitment to the Paris Agreement—farmers and ranchers need to have a seat at the table. We can’t let the conversation about agriculture and climate change turn into an oversimplified debate about whether we all have to stop eating meat or not.

It’s true that our food system contributes about a quarter of the planet-warming greenhouse gases each year, but those who produce our food also hold the potential to reverse that statistic. But farmers need incentives and tools from policymakers to do that. In order to move this conversation along, I’m shining a spotlight on five ways we can support farmers who are on the ground fighting climate change every day. 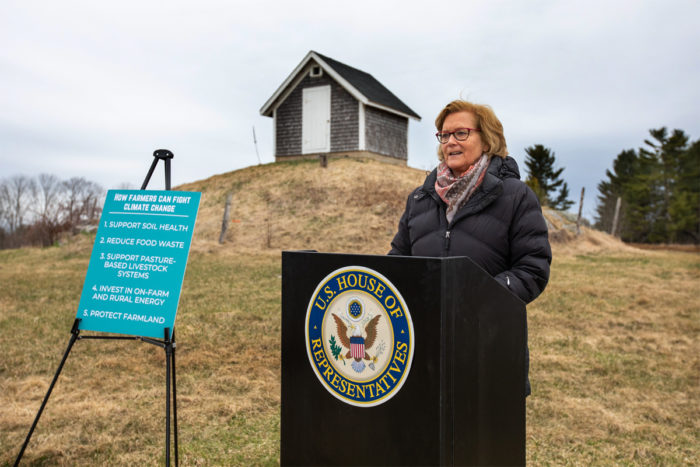 First, we must make soil health a top priority. Soils store more carbon than the atmosphere and vegetation combined. If we have healthy soils, we can also improve climate resiliency by improving water quality and increasing farm productivity. We need to explore ways to further incentivize farmers to sequester carbon in the soil, such as carbon markets for agriculture, and ways to strengthen conservation practices and verify their outcomes.

Second, we must protect existing farmland. The U.S. is losing 1.5 million acres of farm and ranchland per year. We have to keep farmers on the land: for food production capacity and to capture more carbon in the soil. When farmland is developed into parking lots, roads, and other uses it increases the quantity of greenhouse gases to the atmosphere.

Third, we must support pasture-based livestock systems. Livestock can play an integral role in carbon sequestration, especially under management-intensive rotational grazing systems. But they also release methane. Agriculture research into livestock diets can also help us find innovative ways to reduce emissions from these animals while maintaining the positive contributions of livestock to pasture-based systems.

Fourth, we must boost investments in on-farm energy initiatives. There was a 132 percent increase in farms with renewable energy systems—wind, solar, and other technologies—from 2012 to 2017. Renewable energy systems can provide new revenue streams for farmers, but they need incentives to help to reduce up-front costs.

Fifth, we must reduce food waste. If food waste were a country, it would be the third-largest greenhouse gas-emitting nation in the world. We have to support food waste reduction throughout the entire supply chain—from encouraging consumption of imperfect produce to standardizing food date labeling.

We don’t have to reinvent the wheel here. Farmers are already participating in voluntary conservation programs administered by the U.S. Department of Agriculture. Some states are incentivizing carbon sequestration through healthy soils programs. The private sector is also engaging in climate efforts, from creating new food products using cover crops to exploring how technology can help farmers measure greenhouse gas emissions.

But I believe policymakers need to do even more to incentivize farmers and offer solutions that work for them. As an organic farmer in the U.S. House of Representatives, I will work to ensure our farmers are seen as part of the climate solution and given the support to fight this crisis.