The single most important finding is that school meals are significantly healthier—41 percent overall, for lunches—due to Obama-era school food reform. 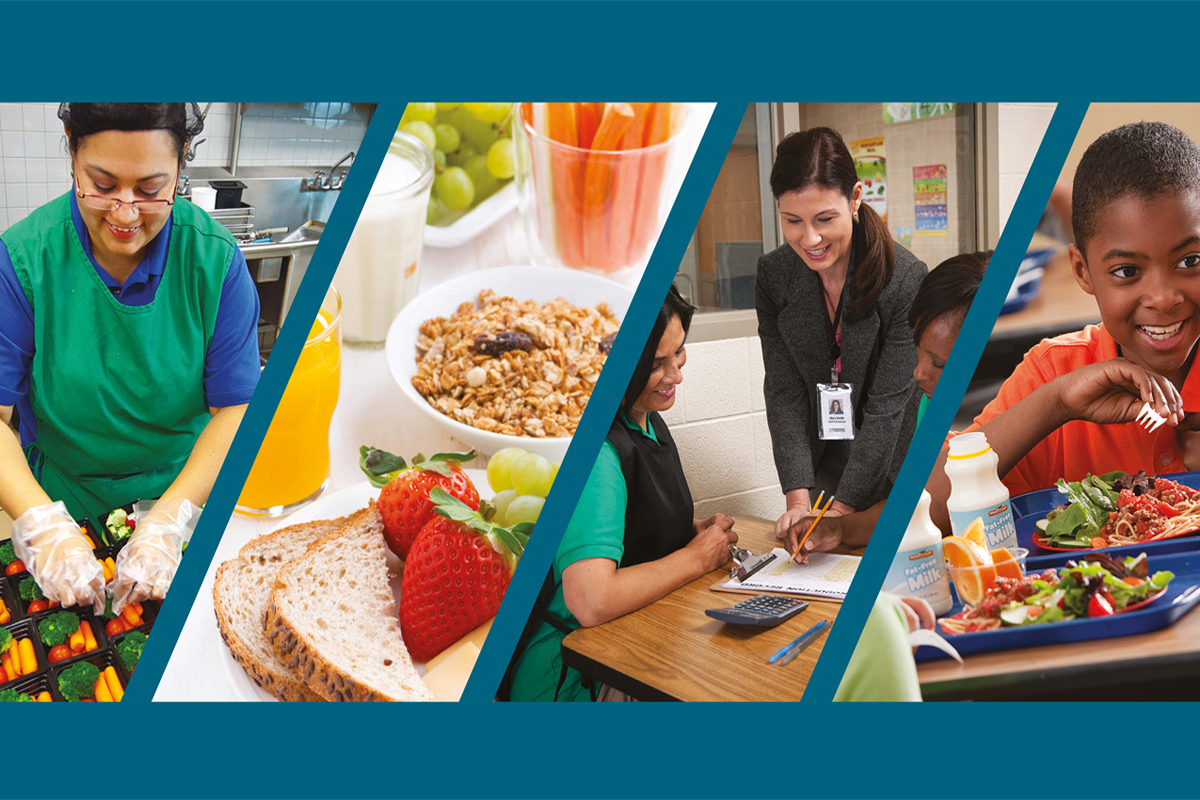 “If kids are not eating what is being served,” he said at the time, “they are not benefiting, and food is being wasted.” And in an earlier statement about the rollbacks, he similarly noted, “It doesn’t do any good to serve nutritious meals if they wind up in the trash can.”

Intentionally or not, on both occasions Perdue echoed talking points from the School Nutrition Association (SNA), the 58,000-member group of school food professionals that had urged the U.S. Department of Agriculture (USDA) for years to allow districts to offer more refined grains and sodium than permitted by Obama-era regulations. (The third rollback, relating to the fat content in flavored milk, was primarily the result of dairy industry lobbying.) Having finally succeeded in this effort, the SNA “commended” the weakening of these nutrition standards, reiterating in a press release that they had led to the “unintended consequences” of lower student meal participation, increased food waste, and higher costs.

But now a remarkably comprehensive new study—one commissioned by Perdue’s own agency—pokes holes in all three of these stated justifications for prioritizing regulatory “flexibility” over the health of the 30 million children who eat school meals.

The USDA’s “School Nutrition and Meal Cost Study,” which was quietly released by the agency on April 23rd, claims to be “the first nationally representative, comprehensive assessment” of school meals following the implementation of the Healthy, Hunger-Free Kids Act (HHFKA) standards. It draws mostly from data collected in the spring of 2015 at over 1,200 schools, and it covers such a wide range of topics that it’s been published in four separate reports, along with a summary of the entirety.

I’ve only just scratched the surface of the study, but perhaps the single most important finding is that school meals are significantly healthier—41 percent overall, for lunches—after the implementation of the HHFKA. As just two examples, in comparing lunches from the 2009-2010 school year to those served in 2014-2015, the Healthy Eating Index (HEI-2010) score for whole grains in school meals shot from 25 to 95 percent of the maximum score, while the score for greens and beans went from 21 to 72 percent of the maximum.

But did all that healthier food really increase food waste and costs, while sending kids running from the cafeteria? Here’s what the USDA’s own study has to say:

Plate Waste Is No Worse Than Before School Nutrition Reform

To assess plate waste, the USDA’s researchers measured whatever landed in the trash from over 6,000 lunch trays at 165 schools, and it confirmed that kids are in fact wasting food: elementary students wasted over one-fourth of their available school food calories and nutrients, while middle and high schoolers wasted around 12 to 15 percent. Vegetable and milk were the foods most likely to go uneaten, while desserts and entrees were the foods least likely to be wasted.

If cafeteria trash cans aren’t any more full post-HHFKA than before, then waste can’t be used as a justification to serve kids saltier and more refined flour foods. But here’s what does significantly reduce food waste, according to observations from the study: (1) implementing “Offer Versus Serve” at elementary schools, which allows kids to select just three of five meal components and skip the food they don’t want; and (2) not forcing kids to eat lunch before 12pm—two common sense approaches don’t compromise students’ dietary health.

Kids’ Participation Was Highest Where School Meals Were Healthiest

Both Perdue and the SNA would have us believe that kids regularly turn up their noses at healthier school food, but the USDA’s own study found the opposite to be true:

Specifically, after measuring school meals’ nutritional quality based on their HEI-2010 scores, the researchers found that “[r]ates of student participation were significantly higher in schools with HEI-2010 scores in the third and highest quartiles (that is, the top half) of the distribution compared to the lowest quartile” and that there “was a positive and statistically significant association between student participation in the NSLP and nutritional quality of the NSLP lunches.”

The federal school meal program has been chronically underfunded for decades, and the USDA study found that in 2014-2015, districts were spending around 50 cents more on meals for children entitled to a free lunch than they were reimbursed by the federal government. Even with other revenue, such as a la carte sales and student fees for full priced lunches, the study still found that the average district was operating at a “small deficit.”

On this point, though, it’s important to proceed with caution. Even the study’s authors admitted that this particular inquiry “posed a challenge for interpretation . . . because the multivariate models could only include a moderate number of variables,” and said it was possible that “increases in meal costs and nutritional quality over time were related but, by SY 2014-2015, this relationship was not readily identifiable given the reduced variability in HEI scores among schools and many other changes in the school meal programs over the period.”

But if in fact schools are struggling under the higher costs of healthier food, isn’t the obvious answer to increase their reimbursement rate instead of lowering the nutritional quality of school meals?

Why Isn’t the USDA Trumpeting the Good News About School Food?

As the federal agency overseeing school meal programs, one might think that the USDA would be eager to share some of the study’s most encouraging findings: that America’s school meals are signficantly healthier than the used to be, and that kids appear to be accepting healthier school meals more enthusiastically than meals that are less compliant with the new standards.

Instead, however, the USDA has been surprisingly mum. As of this writing, there is still no mention of the study on the USDA’s newsroom page, nor (to my knowledge) has Perdue offered any public statement about it. In fact, the study was removed from the Internet entirely for a period of time after its April 23rd release, then reposted under a new URL. It was eventually disseminated to the public yesterday morning via a USDA email blast, which went out a few hours after I asked the agency spokesperson why the study had not yet been publicized. (Though that’s likely just a coincidence.)

So yesterday I reached out to the USDA’s press office to learn its reaction to the particular findings I’ve outlined here. Specifically, I asked an agency spokesperson whether this new data, commissioned by the USDA  itself, might encourage Perdue to reverse course on his recent weakening of school meal standards. I also wanted to know whether the agency is at all worried about how these findings might play out in two federal lawsuits filed last month by a coalition of states and health advocates challenging the legality of the nutrition rollbacks.

Over the past few years, we have seen great improvement in school meals — and no one wants to lose that progress. Schools now serve whole grain-rich foods and meals with reduced sodium, and USDA has not reversed the progress made since the Healthy, Hunger-Free Kids Act was implemented.

The specific changes were targeted to assist on-going Program operator challenges while not changing the overall meal components, macronutrient, and calorie requirements for the school meal programs.  Even when in compliance with the requirements, the challenges identified by operators include decreased student participation and/or meal consumption, difficulties preparing whole grain-rich food items, and limited ability to offer appealing meals with lower sodium content. When USDA offered the ability for school districts to request exemptions to the whole grain-rich requirement in school year 2017-18, nearly 1 in 4 requested this flexibility. Additionally, 29% of milk served in the NSLP was wasted.

Regarding the lawsuit you mentioned, USDA cannot comment on ongoing litigation.

I’ll likely share more findings from the School Nutrition and Meal Cost Study in the days and weeks ahead. And thanks to Washington Post food columnist Tamar Haspel for alerting me to the report which, for the reasons cited above, I might not have otherwise seen.

This post originally appeared in The Lunch Tray, and is reprinted with permission.