Fast Food Workers Can Be Fired For No Reason. A New Bill Could Change That. | Civil Eats

Fast Food Workers Can Be Fired For No Reason. A New Bill Could Change That.

The New York City Council is considering "just cause" legislation to enshrine fairness and dignity for fast food workers. It could become a model for other cities and industries. 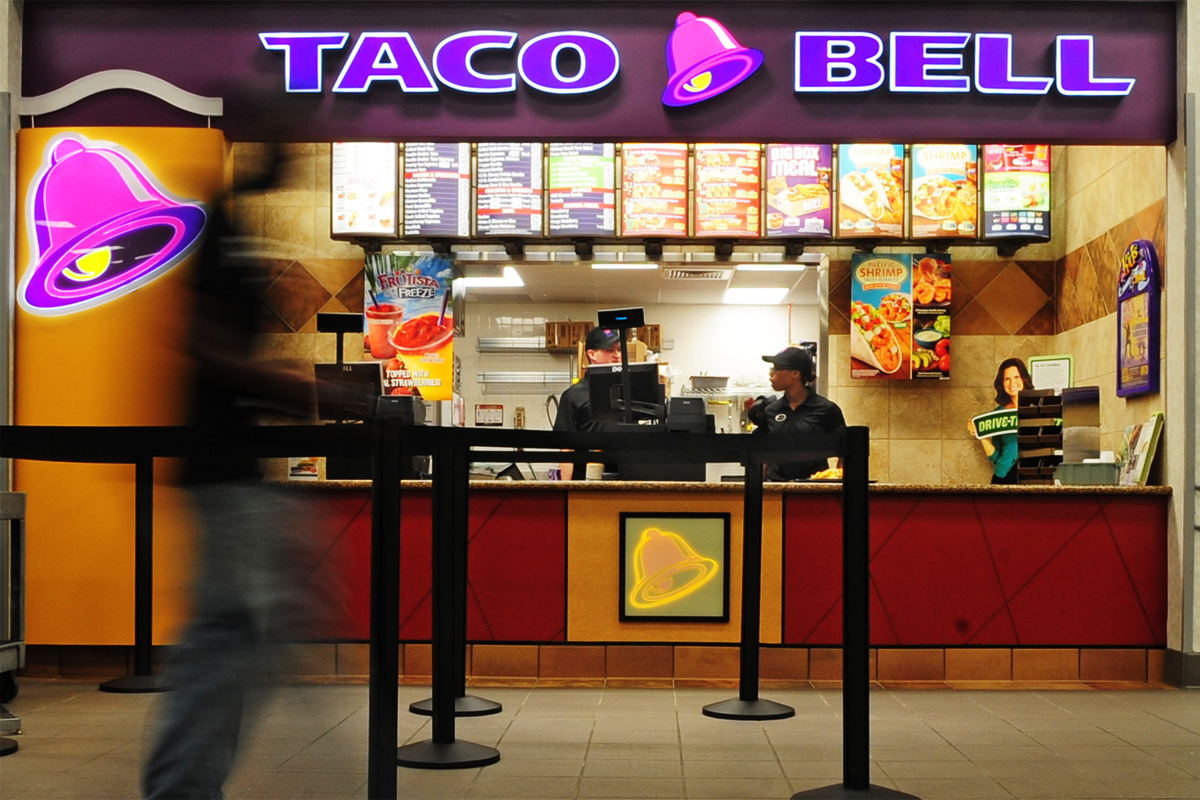 Francis Gomez vividly remembers the day she was fired from her cashier job at a Taco Bell in Queens, New York. Just before last Christmas, she showed up for her shift when a manager told her, “Don’t clock in; you’re terminated.” The firing stunned Gomez, 27, who had worked on and off for the fast food chain since 2014. 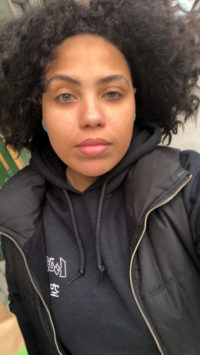 “I was completely surprised. I was accused of disrespecting a customer, but there was no customer complaint,” she said. “When I asked for a letter, I was basically told, ‘You’re already terminated, so it doesn’t matter.’”

Taco Bell hasn’t responded to Civil Eats’ request for comment about its firing practices, but stories like Gomez’s are one of the reasons New York City Councilmembers Brad Lander and Adrienne Adams have introduced “just cause” legislation to give fast food workers more job protection. The bill prohibits fast food companies from firing workers or significantly reducing their hours without a stated reason and would give employees the chance to correct their behavior before termination. With this legislation, New York City could lead the nation in offering job security for fast food workers.

Tsedeye Gebreselassie, president of Fast Food Justice, an organization that fights for workplace improvements for fast food employees, said that staff have been fired for infractions as trivial as not smiling enough. But more often than not, she said, they’re deprived of real reasons for their terminations, making New York City’s just cause bill a potential game changer for workers.

“The legislation the New York City Council is considering the first of its kind in the country for the fast food industry, but it could become a model for other cities and industries that want to enshrine fairness and dignity for workers and ensure they are only fired when there’s a reason that warrants it,” she told Civil Eats. 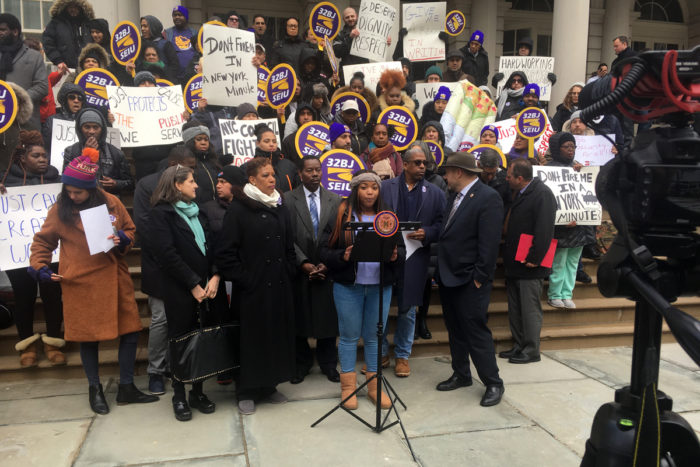 Princess Wright (center), a worker at a Brooklyn McDonald’s, speaks on Feb. 13, 2019, next to New York City Council Member Adrienne Adams, who sponsored one of the two “Just Cause” bills. (Photo courtesy of 32BJ SEIU)

As the national Fight for $15 campaign highlights the need for living wages for fast food staff, New York City’s just cause legislation stresses the importance of keeping some of the labor market’s most vulnerable workers employed. While more job protection certainly benefits workers, supporters of just cause legislation say it could also help the fast food industry save money by stabilizing its workforce.

By some estimates, the fast food industry has a 150 percent turnover rate. Each year, most chains lose their entire staffs, plus half of the replacements hired. The frequency with which fast food companies fire and hire workers usually comes at the expense of employees such as Gomez, who have little recourse when they’re terminated, labor advocates say. While nearly all Americans who don’t have union jobs are considered “at-will employees”—meaning they may be fired at any time for any reason—companies typically use progressive discipline for employees rather than terminate them without warning. Fast food workers tend to have the opposite experience.

“For far too long, fast food workers have been the victims of unfair reduction of hours or arbitrary termination,” New York City Councilwoman Adrienne Adams said in a statement to Civil Eats. “By enacting just cause legislation, the city could require that fast food chains demonstrate a legitimate reason for terminating a worker or reducing their hours.”

A recent report entitled, “Fired On a Whim: The Precarious Existence of NYC Fast-Food Workers,” found that 58 percent of 237 fast food employees have had their hours severely cut, and 65 percent have been fired without a reason. The National Employment Law Project (NELP), the Center for Popular Democracy, 32BJ SEIU, and Fast Food Justice collaborated on the analysis.

Paul Sonn, NELP’s state policy program director, said the New York bill would require fast food chains to implement basic fair practices before cutting employees’ hours or terminating them. The restaurants would have to clearly outline job expectations and give workers warnings, chances to improve their behavior, and notice of possible termination. In extreme cases, such as workplace violence, companies would not have to use these practices before firing an employee.

The “disposable culture” of the fast food world has made such guidelines necessary, Sonn said.

“This is an industry that has sort of latched onto a high turnover/low-wage business model,” Sonn argued. “They generally pay as little as they’re legally permitted to pay, and they don’t invest in workers. In some cases, having a high turnover model is a way to avoid workers from starting to organize and assert their rights. There’s also a very high turnover rate among the managers. There’s a lot of instability, and some of the basic good HR practices seem to be shockingly uncommon in a lot of the fast food industry.”

Stephanie Seguino, a University of Vermont economics professor, said that the legislation will lead fast food chains to reflect on their business practices, particularly the arbitrary dismissal of employees. She places the fast food workforce in the context of the Great Recession, which led to a process called labor market flexibilization, more colloquially known as the gig economy. The 2008 recession and the decline of labor unions means that workers in various fields have fewer protections than they once did, and companies in a number of industries are increasingly firing and hiring people at will, or using third-party contractors to hire workers, to avoid giving employees benefits.

“It shifts the burden of economic insecurity to the worker, and that’s the problem,” Seguino said. “We’re seeing workers involuntarily placed in part-time work or working for temp agencies on a contingency basis. This is a growing trend, and it’s particularly damaging to people with families.”

Seguino says that single mothers are especially at risk in industries such as fast food, where missing a shift or being late for one can result in job termination. These women bear most of the responsibility for childcare and, therefore, have few options other than to miss work if their children fall ill or a daycare crisis occurs. Having to pick up and drop off children at school also increases the odds that mothers will be late and possibly fired, Seguino said. 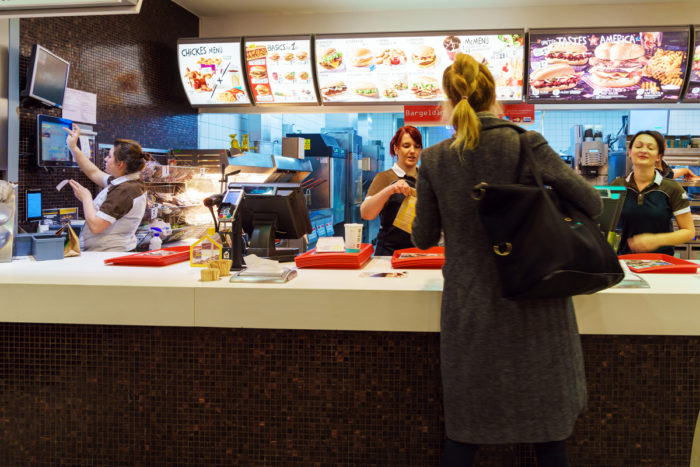 Terminating workers has dire consequences for fast-food workers. According to the “Fired on a Whim” report, 62 percent of respondents who lost a fast food job or had their hours cut experienced food insecurity, housing instability, and the inability to pay for childcare. Some were evicted or forced to move or quit school.

Gomez, who still has not found full-time work, said that she has struggled financially since losing her Taco Bell job in December. Joblessness during the holiday season is particularly challenging, not only because it makes paying for Christmas gifts tough, she said, but also because it’s too late to apply for the seasonal work already underway. Gomez has depended on her wife to support over the past five months and has used some of the financial aid from her college education to cover expenses.

“Right now, I’m a full-time college student,” she said. “I do odd jobs here and there. It’s hard to pay rent and bills even now.”

While it’s clear that job security benefits workers, it also offers advantages to the fast food industry. According to the National Restaurant Industry, turnover costs restaurants an average of $150,000 per year. That number is likely higher for fast food restaurants, which have more than double the turnover of the overall restaurant average of 61 percent annually.

“Turnover absolutely costs tons of money,” said Rachel Deutsch, supervising attorney for worker justice at the Center for Popular Democracy. “The recruiting process, the hiring process, training new people, it’s far more productive to keep workers who have been on the job because they’re more invested.”

Seguino agreed, pointing out how in the early days of the auto industry, carmakers such as Ford underpaid their workers, resulting in a high annual turnover rate. Ford eventually realized how much it cost to replace its workers and raised its pay to reduce turnover.

“Firms don’t realize that some of their practices may be undermining their bottom line,” she said. “Job security is a win-win for businesses and workers.”

As labor advocates support New York City’s just cause bill, Gomez said that she encounters far too many people who don’t consider the job “real work.” But Gomez has a very different take on her former position.

“We’re the backbone of this city,” she said. “When everyone goes to lunch, they don’t understand that the workers have sometimes been there since 5 or 6 in the morning or that the late-night workers are there until 2 a.m. cleaning up. There are workers who raise their children off these paychecks. It’s not fair, it’s not humane to fire someone without a proper reason, to know you can get fired at any moment. We’re doing a lot more than you think.”

The New York City Council will likely vote on the bill during the summer, and advocates hope that if it passes, it will have a domino effect nationwide.

“In New York City, we must stand up and address these injustices in an effort to protect workers in this industry,” Councilwoman Adams said. “Just cause legislation is a necessary step to bring accountability to fast food giants and security to their employees.”