Is it a Farm if it Doesn't Sell Food? | Civil Eats

Is it a Farm if it Doesn’t Sell Food?

More than one-fifth of all farms in the U.S. report making $0 in annual sales. Because the USDA won’t release that data, the nation is missing critical information about the health of the food system. 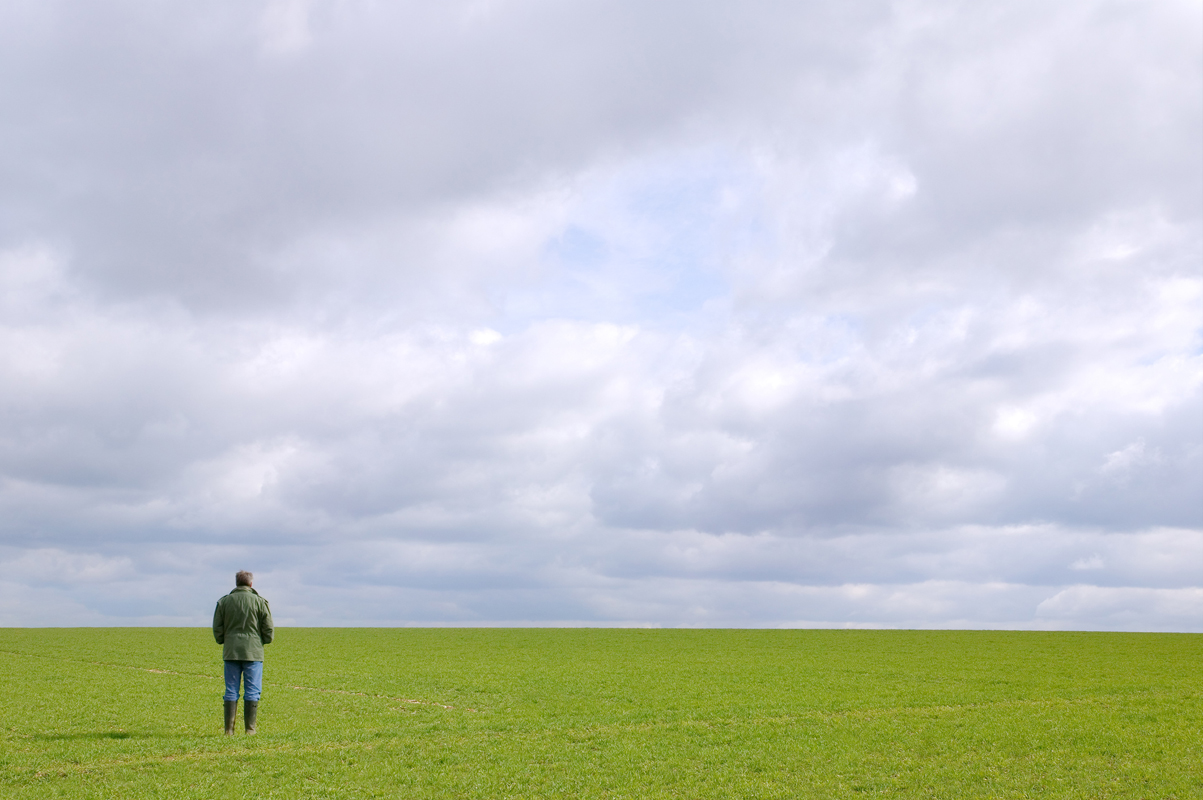 The latest Census of Agriculture, released yesterday by the U.S. Department of Agriculture (USDA), shows a number of familiar trends: farm consolidation is continuing; the largest agribusinesses are increasing in number and acreage; the average age of American farmers is still climbing; and mid-sized farms are fading away.

And while just 5 percent of the farms are producing 75 percent of the nation’s food, the data also shows a more positive trend: The numbers of very small farms, women operators and young farmers all appear to be on the rise. And yet, when we drilled down, we found that picture is far more complicated.

The Census of Agriculture is conducted every five years, and is administered by the USDA’s National Agriculture Statistics Service (NASS). The agency collects data on demographics, economics, land, and farm activities directly from farmers and ranchers. That data is important because it tells the story about farming in the U.S.—and it gets used by media organizations, educators, the government, and private sector to shape decisions about agriculture.

The small farm count is an important indicator because smaller operations are often (if not always) seen as linked to young farmers, more diversified farm operations, more people living in rural regions, etc. But census methodology, recent changes in census outreach, and the way government researchers tabulate the data may actually mask evidence that small farms aren’t growing full force. In fact, some experts say there is no evidence that the number of small farms is increasing—in some categories, such as young farmers, the number could actually be declining.

In a paper titled “Farmers who don’t farm: The curious rise of the zero-sales farmer,” researcher Nathan Rosenberg, a visiting scholar at the Harvard Food Law and Policy Clinic, used previously unreleased Census of Agriculture data collected between 1982 and 2012 to track a massive increase in the number of farms that do not make any money from agricultural products. (The paper was published in October 2017 in the Journal of Agriculture, Food Systems, and Community Development.)

The Census of Agriculture defines “farm” as “any place from which $1,000 or more of agricultural products were produced and sold, or normally would have been sold, during the year.” The $1,000 threshold has been around since 1974, according to the National Agricultural Statistics Service (NASS). Small farms, according to the Census of Agriculture, are those with sales of less than $350,000. They can also be defined by the small number of acres.

In 2017, this trend seems to continue. The new census shows that nearly 604,000 farms reported sales below $1,000, a slight increase from 2012. It’s not known how many of those farms had zero sales, since that data isn’t published by the USDA, and the office declined to release it to Civil Eats.

In order to count as a farm, the land “has to have the potential of producing sales [of $1,000 or more],” said Ginger Harris, a NASS statistician and demographer. It could also include farms that didn’t sell anything in a given year due to drought or flooding, added Harris. Or operations that happened not to sell cattle in a particular year, but sold a lot the previous year and the following year. But it also includes land that could be used as pasture or cropland. In other words, property owned by people who are never going farm is also counted.

“This data should be available and part of the discussion on the census of agriculture,” said Rosenberg. “We’re talking almost a quarter of the farms in the census not selling anything. If the USDA treated zero-sales as its own category, it would be the largest sales category in the census.”

In 2012, 602,119 farms were counted in the below $1,000 in sales category by the census. Rosenberg’s analysis showed that the vast majority (440,000 of the roughly 466,000 farms) that generated no income in 2012 were owned by white operators. “Most zero-sales farms are owned by wealthy families,” Rosenberg said. “It looks like there is a large number of rural landowners who USDA counts as operators who aren’t producing anything for commercial or non-commercial markets.” This may be because anyone who owns a land designated a farm is eligible for a tax break, regardless of whether they sell or produce food.

At the same time, he said some farms with zero sales are owned by families that would farm—or make an income from farming—if they only had the resources. This is especially true of minority and female operators, who were disproportionately represented among farmers without income: At least 30 percent of Black, Native American and women farmers reported no sales in 2012, the analysis showed. Older and beginning farmers were also more likely to report zero sales.

John Boyd, founder and president of the National Black Farmers Association, said many Black farmers show no income, because they’re not getting access to credit at the USDA or the top 10 banks. Despite the settlement of the Pigford v. Glickman lawsuit, which aimed to rectify decades of historical discrimination on the part of the agency, Boyd said many Black farmers are filing for bankruptcy because of low crop prices, and some are even committing suicide because they see no way forward.

“The USDA has done a poor job providing technical assistance and outreach for Black farmers,” he said. “There’s no financial safety net. We’re not going to be able to compete if we’re not participating in lending programs and relief programs like other farmers.”

Rosenberg cautioned that the data has many unknowns. Not all white farmers who reported no income are wealthy. And there are a range reasons why farm operations don’t sell any products or participate in markets. Some people, for example, may choose to farm only to feed their own families. Some may just be starting out. Some have fallen on hard times. Many farms with no sales, in other words, are still working farms, they just aren’t participating in the marketplace or generating income.

This was the case for farmer Dena Hoff in eastern Montana, near Glendive. Recently, Hoff said, her farm had two years with no crops—and no farm sales—because of hail and strong winds. This year, Hoff and her husband were able to pull in some income from seed, corn, grain, and alfalfa, she said—but it wasn’t enough to make a living. “The reason we’re still here is that my husband had an off-farm job for 32 years, and we’re using his pension to stay on the farm.”

Many farmers in Hoff’s neighborhood are not so lucky. Speculators are buying up their land. And they can’t pass the farms on to their children unless they have high-paying careers off the farm. “The cost of everything is going up. On top of very high taxes and insurance, this year there are no sugar beet, alfalfa, or malting barley contracts. People are at a loss as to what to plant. If you aren’t at the very top of the pile economically, then you don’t deserve to exist,” Hoff said.

Making no-sales farms more central to the Census of Agriculture might point the way forward to address some of these challenges, by identifying individual or groups of farmers that need greater assistance. More legislation and programs to support local and regional food systems would also help, Hoff said. As well as anti-trust enforcement to break up monopolies, she and other point to the need to break up the big monopolies in meat packing, grain, and exporting. And highlighting non-working farms owned by wealthy landowners that serve primarily to soak up subsidies might help free up money to support those who really need the help.

Part of the challenge in the census, said Harris of NASS, is the methodology, which the USDA began to adjust after it took over the Census of Agriculture from the U.S. Census Bureau in 1997. In 2002, the agency adjusted its approach to correct for non-response to its surveys and to under-coverage (farms that were not included on its mailing list). NASS uses the so-called capture-recapture methodology: Every June, an area survey is conducted, and researchers visit a one-square-mile segment of land to count agricultural plots. This and other methodological changes may have resulted in more small farms that aren’t actually farms being included in the census, Rosenberg said.

Another issue is that the USDA has improved its outreach to young, female, and minority operators—meaning it located many more existing farms. Another complicating factor is the fact that each farm can now claim more than one operator—meaning that women and younger family members and partners may now be counted who weren’t part of the USDA’s farmer count in the past.

That’s a good thing, Rosenberg said, but it may have increased the count in those categories when there wasn’t an actual increase on the ground. “They [minority farmers] were there all along,” he said. “It’s just that the USDA is now putting money into finding farmers that previously the census undervalued. It makes it appear we have increases in these groups when that’s not the reality.”

In the end, the lack of a zero-sales category on the Census of Agriculture may muddle the data and make interpretations challenging. Rosenberg said it could imply that small farms and certain groups of farmers, such as minority farmers, are increasing and thriving, when in fact, they are struggling. But without seeing the data, it’s even harder to help those groups succeed.