The Dangerous Food Additive That’s Not on the Label

Perchlorate, a byproduct of bleach and packaging, is found in organic, conventional, and bulk foods alike—and it has an outsized impact on children's health. 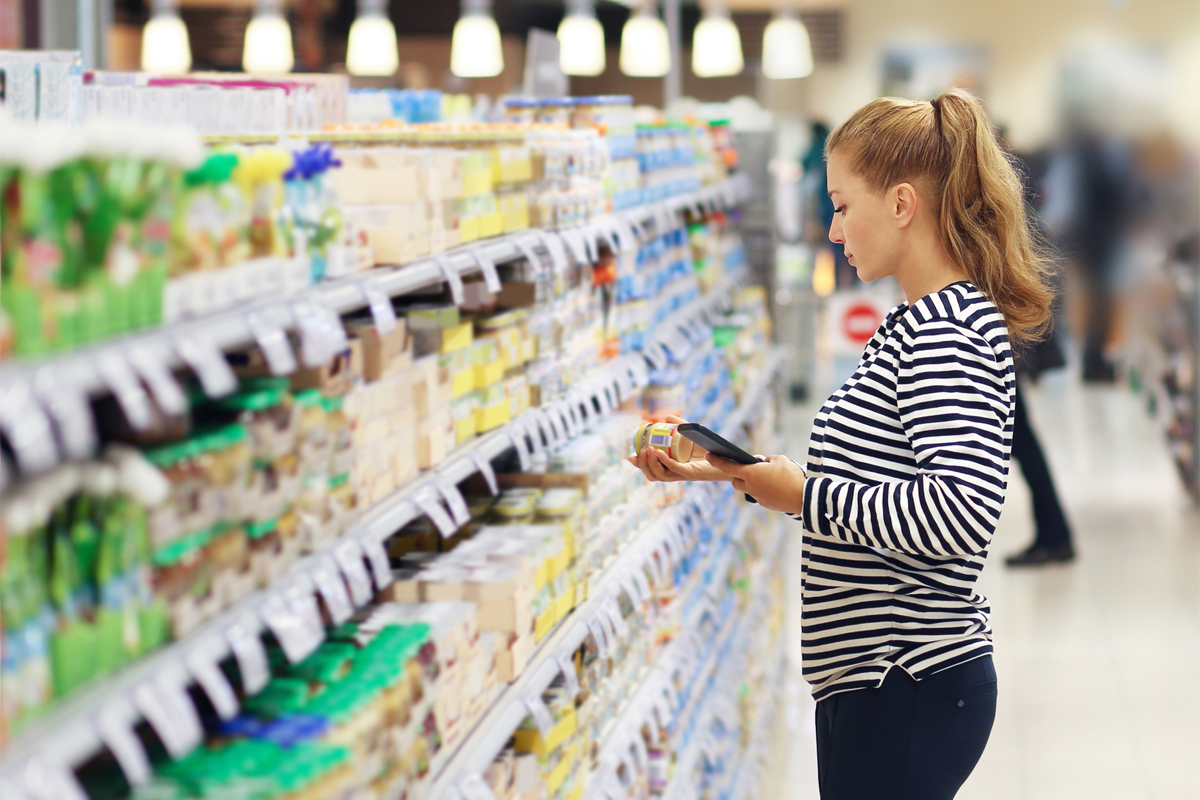 June 19, 2020 update: The EPA yesterday announced that it would not impose any restrictions on the use of perchlorate, noting that state and local water agencies had already taken sufficient steps to protect water quality.

But choosing organic at the grocery store won’t protect consumers from chemicals that originate in food packaging. And while there’s been a fair amount of focus on phthalates and perfluorinated “forever chemicals,” there is one important “additive” that doesn’t show up on ingredient lists at all, but has been finding its way into more foods—organic and conventional alike. The chemical, perchlorate, isn’t added to the food itself, but is used in packaging, and appears to have been contaminating a growing portion of food since it was approved as an additive by the U.S. Food & Drug Administration’s (FDA) in 2005.

Perchlorate, which comes from both natural and synthetic sources, has health experts concerned because it has an outsized impact on children. It’s been found to disrupt thyroid function, reducing production of a hormone needed for healthy brain development; insufficient levels of this hormone in a developing fetus have been associated with significant declines in IQ, among other impacts.

Since the agency approved the chemical, the FDA’s own scientists have found that perchlorate exposure in children has climbed significantly. The agency published a study in 2016, for example, showing that infants were ingesting 34 percent, and toddlers 23 percent, more perchlorate through food between 2008 and 2012 than before it made its 2005 decision. Health experts are alarmed by these increases, and, because of how it interferes with their developing brains, by the fact that children are the most exposed to the chemical proportionate to their body weight.

A number of environmental and health organizations, including EWG and the EDF, have been calling on the FDA to ban perchlorate in food. In the meantime, according to Neltner, some states are considering whether to take their own action. “We are also talking to food companies and others about testing food products for perchlorate contamination, since FDA apparently stopped its own testing program after 2012,” he said. 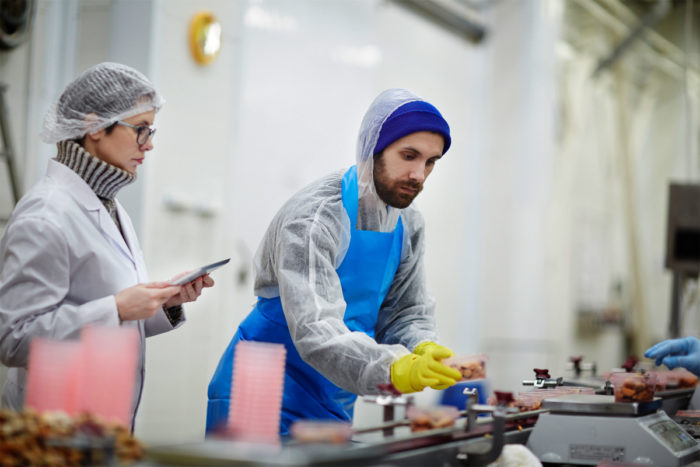 Particularly frustrating for Neltner and colleagues is that in most or all instances, perchlorate is entirely avoidable. It appears in food both deliberately and inadvertently; it’s added to plastic food packaging as a way to control static electricity, and is also a byproduct of bleach (which is widely used to clean food processing equipment and fresh produce) when it breaks down, often from age or improper storage.

The Plastics Industry Association (PLASTICS) declined to discuss how companies might deal with a ban on perchlorate in food packaging, issuing this statement instead: “PLASTICS is not in a position to discuss whether any replacement substances would be technically suitable in this specific application.”

How Perchlorate is Contaminating Food

It’s easy to eliminate perchlorate coming from bleach, Neltner argues, because it doesn’t require any change other than due diligence in how the bleach is used and stored—not in the sun, for example. “You don’t have to get rid of bleach, you just have to better manage it,” said Neltner. In addition to calling for more effective regulation, he said he and colleagues are trying to work with bleach manufacturers to educate their own customers about best management practices.

In cases where perchlorate enters food through packaging, it’s considered a food additive, even though it’s not added to the food itself (the FDA defines a food additive as any substance used in the production, processing, treatment, packaging, transportation or storage of food). It plays an important role in packaging, since when static builds up, it can ignite sparks or worse. “Explosions are bad,” said Neltner. “But there are many, many ways that are not perchlorate to prevent explosions.”

What’s more, the impacts of perchlorate exposure may be mitigated in children who have adequate iodine intake. Most people lack iodine because sea salt is used in place of iodized salt, or due to the increase in specialized diets, which can be low in iodine, or higher consumption of processed foods, the salt in which is usually non-iodized.

Perchlorate interferes with the thyroid in part by blocking iodine uptake, and iodine is crucial, particularly during pregnancy and infancy, for healthy brain development. Deficiency can impair neurodevelopment, with impacts as simple and perhaps unnoticeable as reduced IQ and increased risk for attention deficit hyperactivity disorder. Pregnant women also tend to consume less iodine than the fetus needs, particularly when it’s most vulnerable to the impacts of perchlorate exposure.

The industry could avoid it, but doesn’t mean that consumers can. It enters food when it’s still upstream from becoming a retail product—in large-scale storage and facility cleaning, for instance—so even steps like buying shelf-stable foods in bulk or bringing your own cloth bag will not spare you the exposure.

In its response to the initial petition, the FDA suggested that the chemical doesn’t leach from bulk packaging into the food, but Neltner says the data shows otherwise. It’s hard to identify the full scope of where and how it happens, but, he says, it gets an open invitation when a dry food is transferred out of a massive storage bag.

If a bag holding a ton of rice, for example, is opened to release the contents, the speed of that much rice passing through a narrow opening creates a lot of abrasive contact between the bag and the food, causing the chemical to be released from the bag and into the food. “FDA did its analysis and it never considered abrasion as a source,” he said. “We think FDA got the science wrong.” 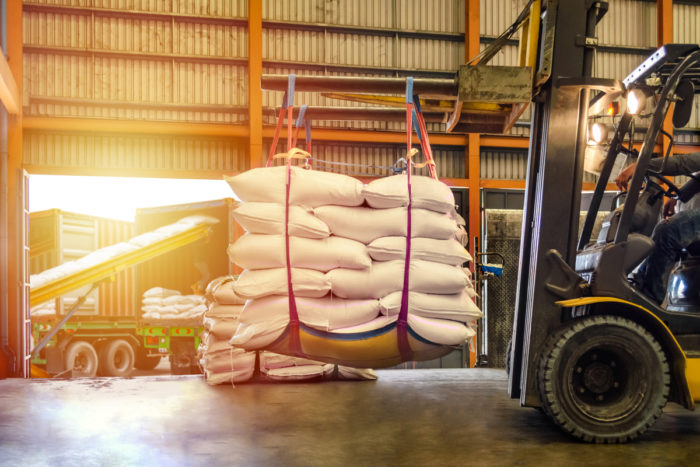 Neltner thinks this underscores a fundamental flaw in how FDA regulates what gets into the food supply. “Their whole system is built around testing and thinking of final packaging, and they haven’t thought and designed exposure studies to mimic what happens in real life,” he said, like the abrasion. Asked what consumers can do, he said people should make sure they are getting enough iodine, especially women and children. That’s totally achievable; iodine-rich foods include seaweed, certain kinds of fish, dairy and grains—and iodized salt. And, he added, “Expect more from manufacturers and from FDA.”

After the agency approved perchlorate as a food additive, EDF, EWG, and other organizations filed a petition to fight that decision. The agency denied it in 2017—on the same day it approved an industry-supported petition to remove the use of potassium perchlorate in sealing gaskets for food containers. In response, the groups filed an objection to that decision, and requested a formal public hearing that would allow for an independent judgment of the evidence.

The FDA has not issued a response to that challenge, and the agency declined to be interviewed for this story. Neltner and colleagues expect a decision imminently, but say in the meantime, children continue to be put at risk.

Perchlorate in the Water Supply

Perchlorate is also turning up in water supplies, with one estimate from 2015 suggesting that 7 million people around the country had some level of perchlorate in their water. The U.S. Environmental Protection Agency (EPA), which also declined to be interviewed for this story, has been working to reduce public exposure to perchlorate, but until it takes more rigorous action, health experts say the risks to children are that much greater.

“It does not really matter if perchlorate is coming from food or water,” said Olga Naidenko, senior science advisor at EWG. “Once it is ingested by the mother, it can interfere with the proper function of the thyroid system, and that can in turn harm the developing brain in the fetus.”

Setting a standard for perchlorate in drinking water can go a long way, she said. “Without a standard, any amount of perchlorate in water is legal,” added Naidenko. That makes it harder for state agencies to act on perchlorate contamination, because they have no healthy limit to point to; and as an unregulated substance, it’s not tested for routinely in food, meaning that current estimates of exposure likely significantly underestimate the extent of the problem.

Like in food, bleach is one source of perchlorate contamination in water; and like Neltner, Naidenko isn’t arguing for water agencies to stop disinfecting water, just for the EPA to require more due diligence in how they do it. “The EPA’s job is to make sure the disinfectants are not bringing in additional toxic chemicals,” she said.

For Neltner, the main thing he and colleagues want to see from the EPA is a proposed rule, which it is under court-ordered deadline to issue by the end of April, “sufficient to protect fetal and infant brain development,” he explained in an email. “Central to that is the ‘reference dose’—essentially the maximum daily intake from all sources—that the agency determines will prevent harm. That reference dose will be used to shape standards on bleach and guide FDA’s decision on food.”

There’s a lot about perchlorate, and other chemicals in food in general, that we don’t yet fully understand, because the research is so far behind.

“They’re using science from the 1980s, and not applying what we know today,” said Neltner about the FDA’s approach to acting on perchlorate. But while there are some things we don’t know yet, such as the full list of possible sources, or the full extent of foods that are contaminated, he added that the lack of information is all the more reason to be concerned. “We don’t know, but we think we should figure it out,” Neltner said.