After Bourdain, Mobilizing to Create a Safety Net for Chefs | Civil Eats

Sacramento lost at least a dozen members of its restaurant community in 2018. Patrick Mulvaney of B&L is leading an effort to address and support stress, anxiety, and depression.

The food world suffered a major shock in 2018 when celebrity chef, writer, and television host Anthony Bourdain died by suicide. A cynical yet compassionate realist, Bourdain was often candid about his bouts with depression and substance abuse, and that fact made him more relatable to many of his fans and admirers. Despite his candor, however, many were left shocked and distraught by the news of Bourdain’s passing, including Patrick Mulvaney, owner of the exalted Mulvaney’s B&L in Sacramento, California. But in Mulvaney’s case, the grief he felt was compounded by what was happening locally.

“It was brutal. Just in between middle of December and middle of January, four people died in Sacramento, hospitality people. Three of them were either working or had worked for us before, and one was a long time Sacramentan. So, this is about as ‘home’ as home can get,” Mulvaney told Civil Eats.

Mulvaney has been a pioneer in the city’s farm-to-fork movement and has committed to cutting nearly all food waste in his restaurant. The back room at Mulvaney’s, “The Snug,” has been a staple for meetings of the mind among power players of government and business in California. So, when he shifted to focus on mental health in the community, it wasn’t something he did casually. And the response, among his Sacramento peers as well as nationwide, suggests that others in the industry are beginning to take this matter seriously, too.

Food Service as a Harbinger of Mental Health Epidemics

The hospitality and restaurant community in Sacramento lost at least 12 people to mental health complications, including substance abuse and suicide, over the course of 2018. In addition to current and former employees, Mulvaney also lost a close friend and former coworker, Chef Noah Zonca. According to Patrick and his wife and business partner, Bobbin Mulvaney, after the death of Zonca, the local restaurant industry needed space to come together, mourn, and figure out how they would address what felt like a local epidemic—one all too real for many Americans. 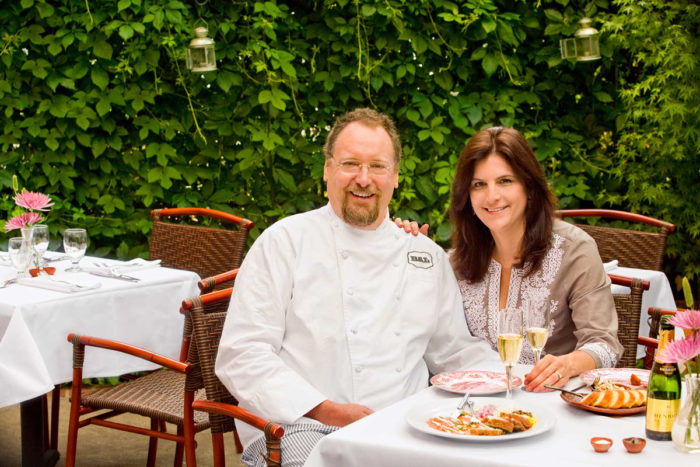 According to the National Institute of Mental Health, about one in five Americans lives with a mental illness, yet only half receive treatment. Moreover, depression and anxiety disorders are the leading cause of ill health and disability across the globe, as reported by the World Health Organization. Service workers, particularly the nearly 10 million who work within the hospitality and restaurant industry, are more susceptible to developing and succumbing to mental illness than workers in non-tipped, salaried industries.

This group is also more likely to self-report illicit drug use and has the highest rates of substance abuse disorder than any other sector. While the factors leading to these disparities are not entirely clear, the odd hours, unpredictable scheduling, low wages, lack of full benefits, high turnover rates—and the requirement to constantly be “on” at work—may all play a role.

Despite being the sector with the most new jobs in the U.S. economy, hospitality and restaurant workers hold some of the lowest-paid occupations, which can range widely from a barely livable wage as a bartender to less than livable as a table busser, runner, dishwasher, or fast food worker. Research published by the U.C. Berkeley Food Labor Research Center and Restaurant Opportunity Center has also found that gender and racial disparities often relegate women and people of color to less lucrative positions within the industry. Brenda Ruiz, an independent contract chef and president of the Sacramento Food Policy Council, isn’t surprised by these statistics.

“A lot of [Americans] are having trouble accessing benefits and full-time hours,” says Ruiz. “Folks are struggling and on the margins—living paycheck-to-paycheck, dropping off the kids, working a few hours at the first job, picking up the kids, going to their second job—that’s everywhere. It just so happens that this sector is built to receive everyone who is willing to show up.”

Wolete “Sunny” Atherley, chef and owner of two Sacramento-area restaurants, Just Divine’s Bakery and Caribbean Cafe and the recently opened Dub Plate Kitchen, hires a number of young adults from the local neighborhood, who gravitate to the atmosphere she has set up. “They feel like they can be themselves [here]” says Atherley. “Over time, though, I realized a lot of my young employees were dealing with depression.”

To counter what she saw, Atherley began to prioritize community care. She made it a mission to create and maintain a jovial environment in her restaurants, intentionally playing uplifting music, and encouraging her employees to adopt a healthy diet, stay active, get rest and sunlight, and stay positive. More importantly, she encourages them to be their authentic selves at work.

“If you’re quirky, be quirky. If you love anime, do your anime. If you love poetry or music, do your art,” says Atherley. “It’s okay, but a lot of my employees felt secluded and disconnected from community, even though many were neighbors who became coworkers.”

Both Mulvaney and Ruiz say that the nature of the work can still make it difficult for hospitality and restaurant workers to adopt and maintain healthy practices. “We have an industry with a problem that we don’t always talk about,” says Mulvaney. “We’re in hospitality, so we want to know how your soup is, whether your drink is right, or if your steak is cooked right, and we don’t necessarily think about ourselves that much.”

Restaurants can also be high-stress, time-sensitive environments, where head chefs and managers are notorious for leveraging whatever tools available, including yelling and harsh rhetoric, to push their workers to maintain high levels of performance. Many restaurant workers also reach for drugs and alcohol to help them unwind—especially if they work weekend, early morning, and late-night hours and only have time off when recreational spaces, outlets, and activities tend to be closed or unavailable. Add on-going social and economic inequity and the daily political strife playing out in national politics, and it’s no wonder that an air of hopelessness is so common among hospitality and restaurant workers.

Working Toward a Solution

The deaths in Sacramento prompted Mulvaney to use his connections to respond. Last year, he began working in partnership with Kaiser Permanente, VSP Global, WellSpace Health, the Steinberg Institute, and the James Beard Foundation to design, implement, and expand a pilot program to end the silence on mental health in the industry called “I Got Your Back.” The program is a peer-to-peer or near-peer counseling program that first launched in Mulvaney’s own restaurant. It involves training select workers—peer mentors—to identify signs of mental distress while on the floor. Peer mentors are identifiable in the restaurant by a purple hand on their uniforms, and empowered to check-in with their coworkers in a supportive way.

“Suicide happens in bursts or waves; it’s not individual incidents. You need to be cognizant of something called ‘contagion’ and how it manifests after traumatic incidents,” says Mulvaney. “That could be employees expressing how they don’t want to get out of bed or leave their home, or an abrupt, extended decline in activity on social media. Simply checking in on employees can go a long way.”

In addition to getting trained himself, Mulvaney has begun hosting mental health seminars and workshops for other chefs and restaurateurs to keep the conversation going. The next step is developing online resources for restaurant workers looking to connect with a mental health professional if and when they are in or nearing a crisis.

“If we can affect even one person, then we’re good at my restaurant,” says Mulvaney. “If we can affect the city by having more of us in the restaurant world adopting I Got Your Back—and we want to do this across spectrums, not just James Beard restaurants, we want all restaurants from fast food to high-end eateries to adopt it—that would be cool. And, if this works [we’ll have] California, [then hopefully] Illinois, Oregon, Nevada, and other states bringing the conversation out and expanding the coalition of the willing.”

Efforts to broaden the conversation around mental health in the food scene, like Mulvaney’s pilot program, are also occurring around the nation. New York City-based food writer Kat Kinsman, for example, launched the website and Facebook group, “Chefs with Issues” in 2016 to destigmatize mental illness by providing an online space for people in the industry to “share their stories and resources for dealing with the particular pressures of restaurant life, so that other people may feel less alone.”

Brenda Ruiz commends these efforts. She also stresses that given the current economic conditions in Sacramento as well as the country, securing and normalizing a livable wage, access to affordable health care, and affordable housing for all hospitality and restaurant workers are paramount to improving their mental health.

“I think for the mental health issues, restaurant owners and the industry can definitely educate their employees about accessing health care,” says Ruiz. “In California, for example, there is now the Small Business Marketplace in Covered California, the state’s health insurance marketplace. Small businesses, like restaurants, can pool together and offer employees health care affordably. I don’t think enough business owners know about it.”

Ruiz also hopes to see the conversation extend beyond chefs in full-service, high-end restaurants to expand on bringing systemic reforms across the board to help minimum-wage workers in food courts, chain restaurants, cafeterias, and other segments of the industry.

And Sunny Atherley encourages leaders in the hospitality and restaurant industry to take a deeper look inward at their peers and employees to see them as full humans and build a community.

“That’s one thing a lot of restaurateurs forget, I think; they forget to encourage their employees to take a moment,” says Atherley. “If you’re in a high-stress environment and you’re always working … the anxiety is too much; the pressure is too much. Remind your employees to take a mental break. Cultivating human connections with and among your employees, eye-to-eye contact, a kind gesture or note once in a while, can all make a world of a difference.”

If you or someone you know is having suicidal thoughts, call the National Suicide Prevention Lifeline at 1-800-273-8255 or contact the Crisis Text Line by texting HOME to 741741.