Farmworkers Are on the Frontlines of Climate Change. Can New Laws Protect Them? | Civil Eats

Farmworkers Are on the Frontlines of Climate Change. Can New Laws Protect Them?

As temperatures heat up, farmworkers face mounting health risks. Some advocates are creating and expanding laws to protect them. 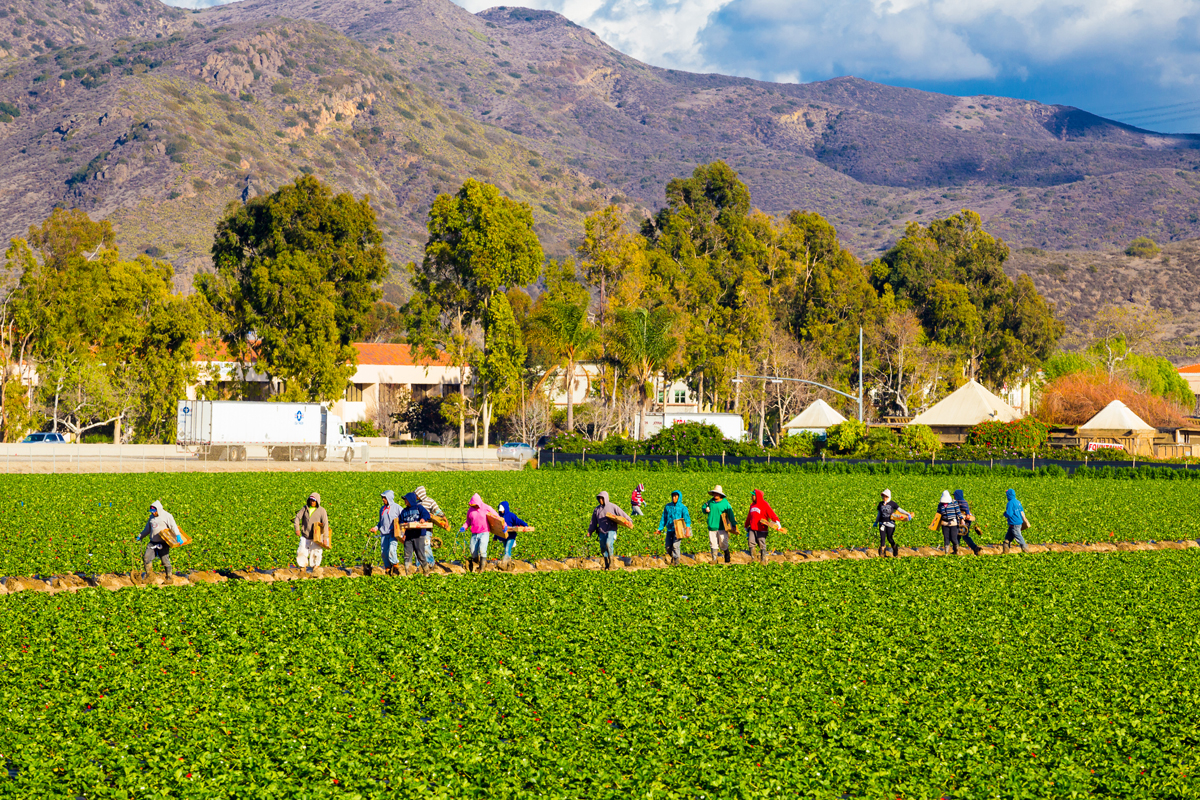 On an early February morning just east of Florida’s I-75, sea fog lies low over the fields. It nearly obscures the farmworkers, ghost-like, bent over as they harvest the winter crops. Though the sun’s just coming up, they’ve been laboring for hours.

“It’s cool in the early morning, but even the winters are getting warmer,” said Jeannie Economos, project coordinator with the Farmworker Association of Florida. “By the afternoon, it will be in the 80s in the sun.”

Most people are unaware that the abundant produce available in modern supermarkets—tomatoes, strawberries, even oranges—is all picked by hand. And because farmworkers are often paid by the piece, they pick as fast as they can, even when that means neglecting to take breaks and drinking water. Even nursery workers do piecework, especially in Florida where the nation’s ornamental plant industry has skyrocketed. When it’s hot, the stress of this rapid harvesting takes a hefty toll on the body.

The summer of 2018 was the fourth-warmest since record keeping began and it caused serious problems for farmworkers, who already face a legion of health challenges. The National Ocean and Atmospheric Administration (NOAA) reported that 23 states across the West, South, and Northeast recorded above average daytime highs, while in the contiguous U.S., night-time lows averaged 60.9º Fahrenheit, 2.5 degrees warmer than previous summers. Scientists from NOAA’s Climate Prediction Center suspect the current El Niño weather pattern may last well into 2019, making this year’s upcoming summer the hottest yet.

Central Florida faced record-breaking temperatures when the usual cooling afternoon thunderstorms didn’t occur; and in California’s Central Valley, Fresno recorded daytime highs of 100º or more on all but four days in July. Hotter temperatures make it much easier to become dehydrated in the midday sun, and the risk of heat stroke is serious. But it’s the constant daily heat exposure that causes health problems down the road. 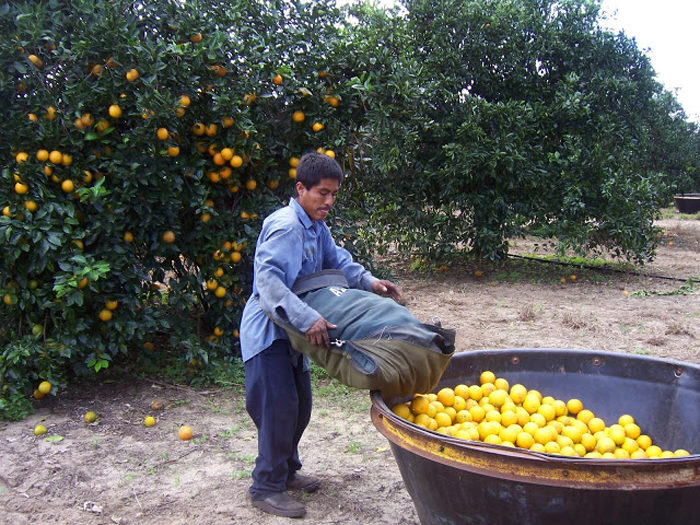 In response to these often-invisible conditions, a number of researchers, advocates, and lawmakers are working to gather data, train workers, and push for new legislation to protect workers. “This is a public health issue,” said Economos. “But it’s also a justice issue, because people who feed us deserve strong protections from the effects of climate change.

The U.S. Department of Labor’s Occupational Safety and Health Administration (OSHA) has no regulations for heat stress, despite well-documented temperature increases. OSHA’s general-duty clause requires employers to provide a safe workplace with access to potable water and shade, but offers no specific standards to guard workers who labor long hours in excessive heat. Advocates say that’s not enough.

The nonprofit consumer advocacy organization Public Citizen presented petitions to OSHA to provide better heat protection for farmworkers in 2011, which was rejected. In July 2018, a coalition sent another petition to OSHA requesting regulations for heat stress, and is still waiting for a response. Heading the campaign are the United Farmworkers (UFW) and Farmworker Justice, joined by 130 other organizations. Eula Bingham, head of OSHA under President Carter and a pioneer of worker protection for rising temperatures, and Ellen Widess, the former head of California’s state-level OSHA, have also both endorsed the petition.

“We used Florida because the data was nuanced, but the campaign recognizing heat stress is national,” said Devine. At this time there are only three states that have any legislation governing heat stress, she added. “California and Washington protect outdoor workers, while Minnesota protects indoor workers only.” Meanwhile, she said, “Florida has no standards at all.” 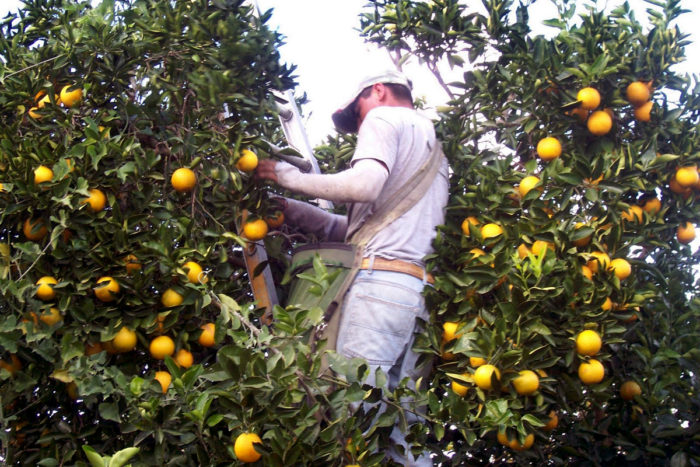 The report compiles information from Emory University’s Woodruff School of Nursing and the Farmworker Association of Florida. The Emory study collected Florida workers’ blood and urine samples before and after fieldwork to monitor for symptoms of heat-related stress, and provided workers with digital monitors like those worn by athletes.

Valerie Mac and Linda McCauley, both registered nurses with Emory University, monitored Florida’s farmworkers for the last four years, taking vital statistics throughout the day to document the effects of heat. Even before work, they found that 75 percent of workers were dehydrated. On at least one day, 80 percent of workers had a temperature of at least 100.4º F. Mac compares the increased temperature to having a fever every day of your life.

“We checked core body temperature,” said Mac. “We also shared information with the workers who participated and let them know if they showed any abnormalities, which they appreciated.”

She says the response from small farmers is very encouraging. “They are interested in ways to keep workers productive and safe in order to compete with the big operations, so they ask to work with us,” said Mac. “We’ve had good luck with them because they know these interventions have to occur.”

Some workers are testing new devices, such as cooling vests and special caps that help keep workers cool in the heat, but these are expensive and not available to most workers, said Mac. A California teenager also developed an app to warn farmworkers about dangerously high temperatures, though it is currently targeted at California farms and farmworkers.

According to the National Institute for Occupational Safety and Health (NIOSH), during the summer months of 2018, Florida’s outdoor workers in every county were exposed to dangerous levels of heat between 7 a.m. and 7 p.m., exceeding NIOSH’s safe limit for moderate labor at least 45 percent of the time.

According to Public Citizen, 130 million U.S. workers earn a living outdoors, notably farmworkers and construction workers. Between 1992 and 2016, nearly 70,000 of those workers suffered serious heat-related injuries, and 783 people died. OSHA’s most recent statistics from 2016 lump all heat-related incidents together, so specifics for farmworkers are unknown.

But it’s clear that farmworkers are among the most impacted. Not only do they bear the brunt of sun and heat, but they often work very long hours. In Belle Glade, where workers have toiled in the rich muck on Lake Okeechobee’s shores for a century, they line up before dawn to take buses to the fields.

In the tiny Southwest Florida farming town of Immokalee, the Coalition of Immokalee Workers has advanced a Fair Food Program, which includes a requirement for access to shade and available potable water. The program includes audits and a complaint mechanism for workers, but it has no legal teeth. And for those working on farms that haven’t signed on to the program, protection is nonexistent.

“We have not been very fair to these people who provide our food,” said Antonio Tovar, the interim executive director for The Farmworker Association of Florida.

Tovar has worked with Florida’s farmworkers for 14 years, and travels the state educating workers about heat-related injuries, symptoms, and the long-term effects of persistent heat stress, such as kidney stones and kidney disease caused by dehydration. 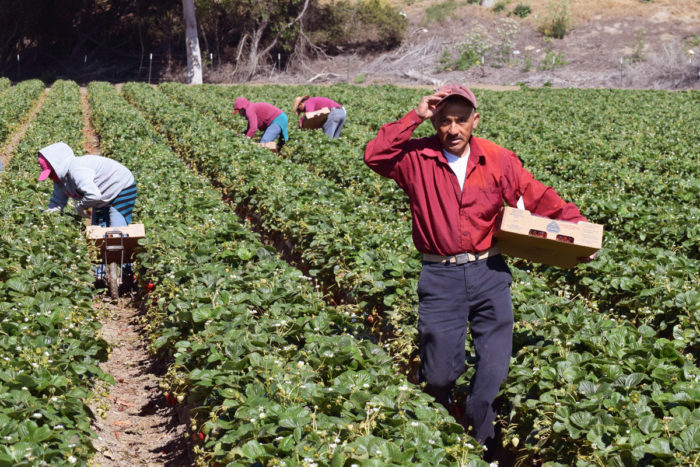 Tovar also believed that heat-related incidents are under-reported. Heat stress can be easily misdiagnosed or ignored because the symptoms—such as feeling light-headed, having a headache and nausea—mimic pesticide poisoning, the other major hazard for farmworkers.

“When I teach workers how to spot heat stress, most everyone in the group knows someone who’s experienced problems,” said Tovar. “Last year in Collier County, a worker suffered brain damage after a heat stroke, and now cannot walk or talk, and two others have died—that we know of.”

Another hurdle is language. Besides written information explaining heat stress, signage needs to be pictorial because many indigenous Central American workers speak a Mayan dialect, and understand neither Spanish nor English.

“Right now we are teaching classes in Creole because we have many Haitian workers,” said Tovar. “But there are lots of Indigenous people who speak Maya.”

Some members of Congress have seen the writing on the wall, and they’re stepping forward to propose new laws regulating heat exposure for outdoor workers.

Public Citizen’s Shanna Devine says the group is working with Representative Judy Chu (D-California), and Senator Michael Bennett (D- Colorado) on a pair of heat protection bills that will be introduced in the house later this year. “This administration wants to roll back worker protections,” said Devine, who sees the bills, which include requirements for water, shade, training to identify heat stress, and whistleblower protection—as a potential counter-measure.

“Whistleblower protection is very important, because many farmworkers fear deportation, or just losing their jobs if they report their bosses,” adds Devine.

Advocates are optimistic, as farmworkers have received renewed attention in the new Democrat-controlled House. Earlier this month, Senator Kamala Harris (D-California) and Representative Raúl Grijalva (D-Arizona) reintroduced “The Fairness for Farmworkers Act,” which would grant farmworkers the right to collect overtime pay for the first time since they were excluded from the 1938 Fair Labor Standards Act.

“We need more employers willing to work with us,” said Mac. “We want to show that implementing these measures either maintain or increase productivity for the farmer’s bottom line. Heat stress slows workers and the physiological effects can injure them if not addressed.”

This article was updated to correct the dates of Public Citizen’s petitions to OSHA for heat-stress regulations.