A Green New Deal Must Include Food and Farming | Civil Eats

A Green New Deal Must Include Food and Farming

Congressman Earl Blumenauer is calling for solid, lasting bonds between the climate justice movement and the movement to reform the food system. 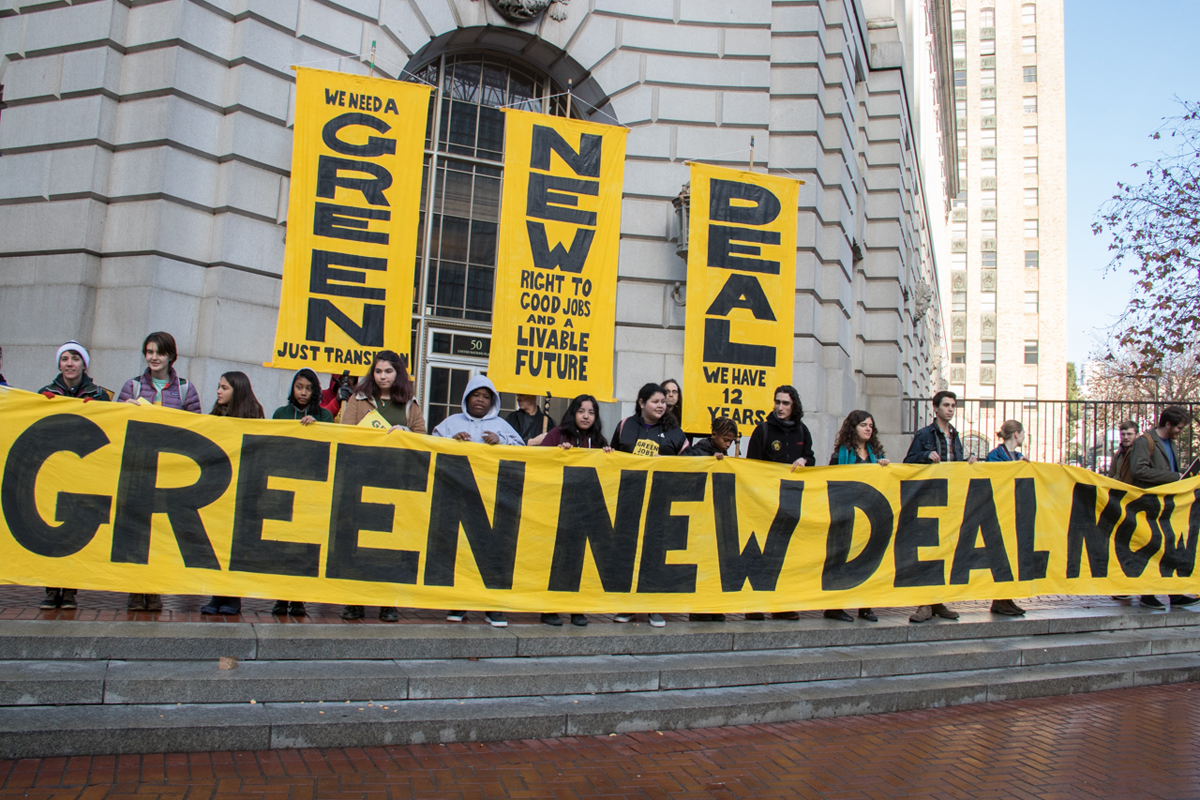 Our food system and environment are inexorably linked. What we grow–and how we grow it–has a tremendous impact on our land, water, and climate. And right now, our climate is in crisis. The Intergovernmental Panel on Climate Change (IPCC), the gold standard for climate science, implores the world to cut greenhouse gas pollution by half in the next 12 years, and eliminate them entirely by 2050, to avoid the most catastrophic effects of climate disruption on people, economies, and the natural world. We must build solid, lasting bonds between the climate justice movement and the movement to reform our food system. This starts with a Green New Deal.

The Green New Deal is an incredibly powerful social, economic, and environmental effort to invest in clean energy jobs and infrastructure. While the exact details have yet to be worked out, underlying this movement is a series of policy proposals to stop investing in fossil fuel development and redirect these resources toward decarbonizing the economy and making it more equitable.

Fueled by immense social power, it is designed to build on Franklin Delano Roosevelt’s sweeping New Deal that invested in natural resource conservation, built massive public works projects, and reformed financial institutions in order to pull the country out of the economic crisis of the Great Depression. Today, the Green New Deal is intended to make massive investments and reforms on the same scale in order to pull the world out of the climate crisis. 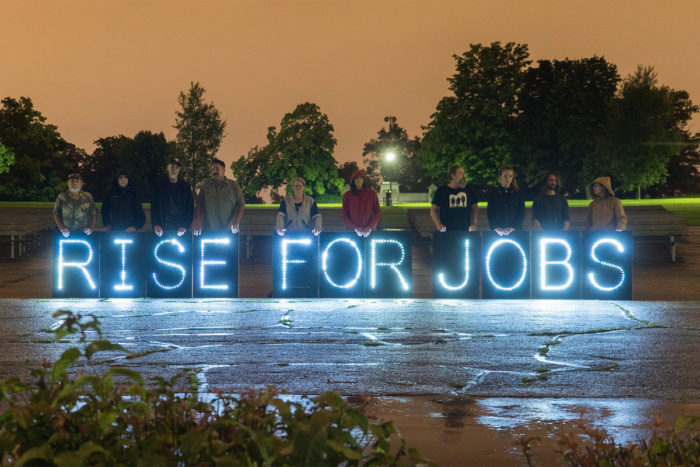 But the Green New Deal won’t have the impact we need it to without a fundamental change to the way we produce our food. As of 2016, American agriculture contributed over 9 percent of U.S. greenhouse gas pollution, largely due to emissions from livestock and poor soil management. If we are to reach the climate goals set by the IPCC, the food system must play a key role in reducing these greenhouse gas emissions and even sequestering carbon—actually taking carbon dioxide out of the atmosphere—through regenerative agriculture practices.

I’ve long said that as a nation we pay too much to the wrong people to grow the wrong food in the wrong places. We pour billions of dollars into subsidies for just a few commodity crops, which are grown year after year on the same pieces of land in a way that saps our soils of nutrients while polluting the air and water. We enshrine agricultural practices that use dangerous pesticides and threaten the health of farmworkers. We look away as farm practices pump greenhouse gases into the atmosphere, while giving very little support to regenerative agriculture and other techniques that sequester carbon. Even worse, our food system often shuts out small and beginning farmers, undercuts sustainable agriculture, and reinforces centuries of structural inequities that block access to land, capital, and opportunity for farmers of color and other underserved communities.

Every single one of these activities has an impact on the climate, and we need bold ideas to both rebalance the food system and tackle the climate crisis. A Green New Deal can start by incorporating the principles of agricultural reform and applying them to practices that will decarbonize the economy, while bringing justice to the food system. This means linking the billions of dollars we spend on subsidies to conservation and farming practices that reduce agriculture’s carbon footprint, and, in the process, lowering the cost of healthy food for all Americans. Many of the ideas to implement these kinds of changes and policy proposals are included in the legislation I introduced last year amidst the 2018 Farm Bill negotiations, The Food and Farm Act. 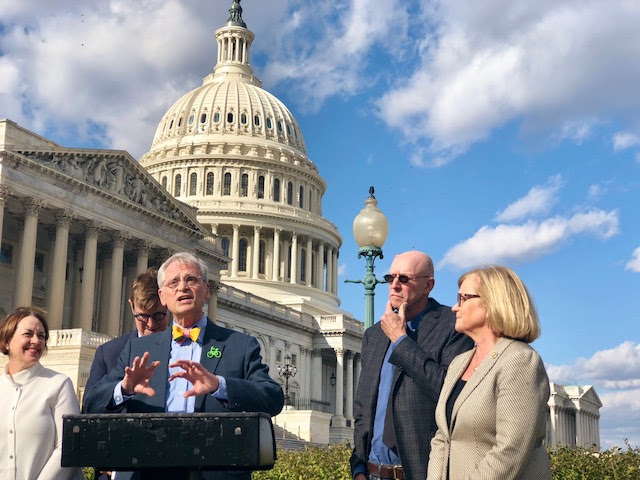 Rep. Blumenauer (left) rolling out the Food and Farm Act in 2017 in front of the Capitol, alongside Michael Pollan (center) and Rep. Chellie Pingree (right).

Now is the time to fundamentally shift farm infrastructure. A Green New Deal should reforest riparian areas, invest in conservation practices that rebuild degraded soil, and remove carbon dioxide from the atmosphere to reduce the 9 percent of greenhouse gas pollution from American agriculture to zero. By connecting communities to their food and investing in farmers, this suite of policies can ensure that locally grown, affordable, healthy food is accessible to everyone.

It shouldn’t be so hard for farmers to get by growing the food that sustains our nation. With the right investments, a Green New Deal could provide living wage jobs for agricultural workers, prioritizing low-income communities, communities of color, Indigenous groups, and frontline communities who are disproportionately affected by climate disruption. We can mitigate and address both climate change and the longstanding inequities and disparities that exist in the food system and the American economy.

In the last Congress, I led the resistance against a farm bill that followed the status quo. And I believe that in order to achieve generational change for the food system, we need a movement that includes an entire generation. It’s clear to me this change is possible with a Green New Deal, and its momentum is growing. The food and farm movement must join forces with the climate movement to save the planet and restore balance to our communities.

Congressman Earl Blumenauer (D-OR) has represented Oregon’s 3rd district since 1996. He is a senior member of the House Committee on Ways and Means.