The Georgia-based farm group supports hundreds of Black farmers to become economic powerhouses in their communities. 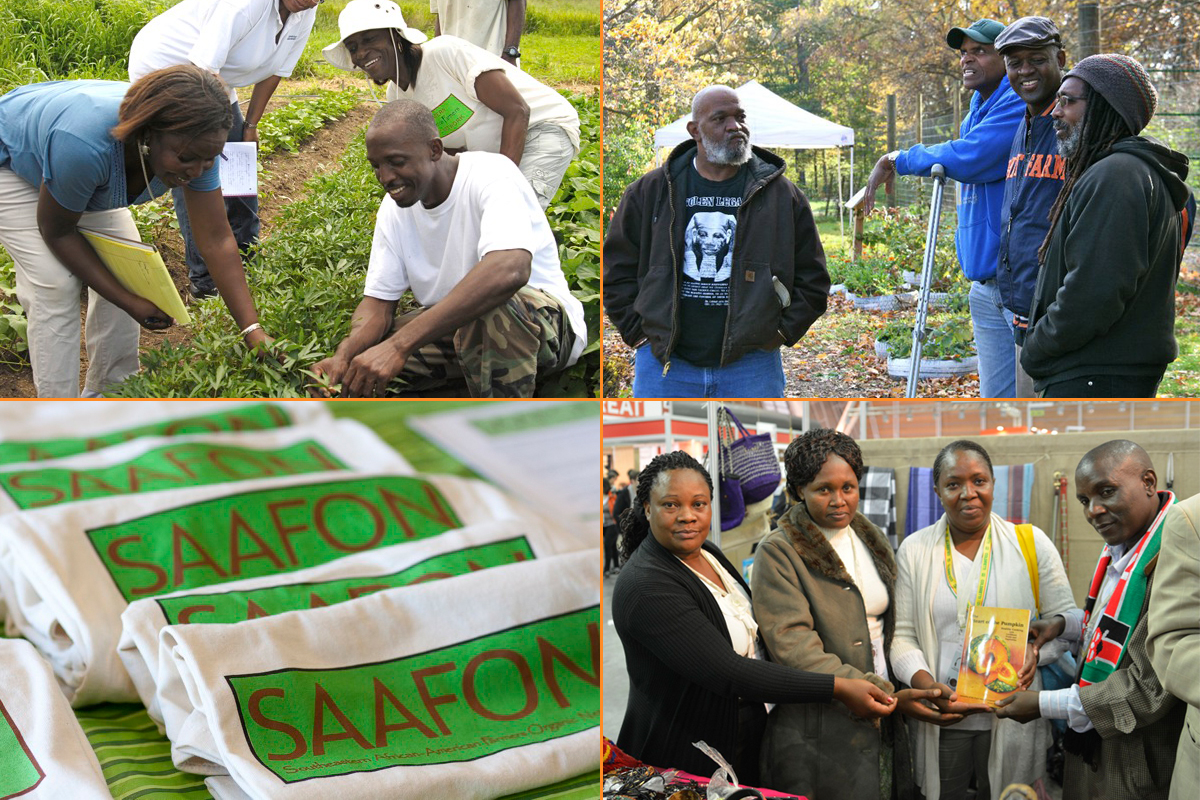 When Tamara Jones sees the large swaths of agricultural land in the Southeastern U.S., she sees ground that’s rich with history and opportunity for Black farmers. “It’s not just about growing and selling food,” Jones says. The history of Black farming in this country—and Black communities’ ties to the land—are just as vital. “We have to create agro-communities, reimagine and rebuild land justice for Black people,” she says.

Jones is the executive director of the Savannah, Georgia-based Southeastern African American Farmers Organic Network (SAAFON), which was founded in 2006 by Cynthia Hayes, a food activist who won a James Beard Foundation Leadership Award in 2013 for helping Black farmers in the region secure organic certification from the U.S. Department of Agriculture (USDA). 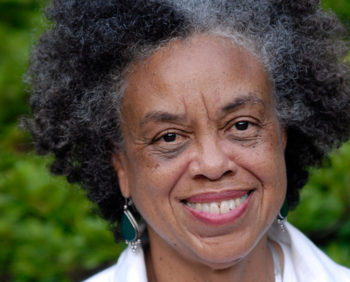 “Black farmers … were originally organic producers, but they were also out of the loop in terms of sustainable agricultural projects and USDA Organic certification,” Hayes said in an interview in 2013. SAAFON works in nine states (Louisiana, Mississippi, Alabama, Georgia, Florida, North Carolina, South Carolina, Virginia, and Maryland) and the U.S. Virgin Islands.

Though organic farming has been one of the fastest-growing sectors of the American farming market, Black farmers have historically been left out of that growth due to discrimination in startup capital and land loss. In fact, in 2012, the USDA found that only 116 of 33,000 Black-owned farms were certified organic. That discrimination equals fewer dollars for Black-owned farms, since organic farms can earn 22 to 35 percent more profits than conventional ones.

To help combat this trend and put more dollars in Black farmers’ pockets, Hayes traveled the country beginning in 2006 to provide workshops and classes on organic farming and help farmers navigate the opaque, 19-page application process required to receive USDA Organic certification. Hayes passed away in 2016, leaving a large hole in the organization and the network of farmers for which she was a channel of information and guidance.

That same year, Jones took the helm at SAAFON and has since been working to maintain and grow a network of field coordinators, farmers, and partner organizations to continue the group’s important work. She oversees fundraising, management, connecting farmers, and identifying organizations that share similar goals of food justice and food sovereignty.

Networking Around the Land

SAAFON provides a variety of services, such as creating business and marketing plans for struggling Black farmers, through a network of about 30 coordinators spread throughout the Southeast and offers a three-day training in completing the extensive organic application. The organization also hosts events and informational meetings in Mississippi and Florida where coordinators visit communities where Black farmers reside to talk to them about their specific needs.

“We work with each farmer to see what their vision is and figure out how to get what they need,” says Jones. 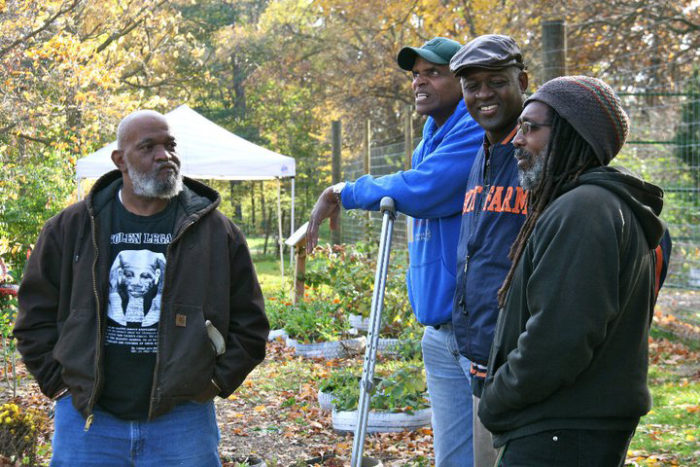 SAAFON ambassador Malik Yakini (right), with Growing Power’s Will Allen (center) and others building a hoop house for a farm in Detroit. (Photo courtesy of SAAFON)

SAAFON also works closely with other organizations that support Black farming like the National Black Food & Justice Alliance and the Black Dirt Collective to create programming for their members. The group’s network coordinators spend time in the field connecting Black farmers to one another so they can see their work reflected in their peers, learn from one another, and be reminded that they’re not alone. Together, farmers and SAAFON coordinators work on “possibility models,” based on what the farmers hope to see in the coming years for their farmland and for themselves.

For Whitney Jaye, a network coordinator for SAAFON and member of the organization’s Georgia farmer network, the stereotypical image of the older white farmer in the U.S. is pervasive—and contributes to Black farmers feeling unseen in their work. “We have to dismantle that idea that our food system needs to recreate that model and only serve that kind of farmer.” She says a possibility model allows the farmers to dream and design a working model for their specific needs.

Mark and Earcine Evans are husband and wife and the co-owners of Francis Flowers and Herb Farms in Pickens, Mississippi; they grow organic flowers and herbs that they use to create all-natural hair and skin products. They’ve had a relationship with SAAFON since 2009, but officially joined in 2017 after the group hosted a screening of a documentary about couscous farming.

“It was really good to see Black farmers in an organization that was community-based,” Evans says. In August, he and his wife invited some other farmers in the network to visit and tour their operation.

Brandon King, an activist, founder of Cooperation Jackson, and co-coordinator of Freedom Farms Urban Farming Cooperative in Jackson, Mississippi, attended the event, and appreciated the chance to see the Evanses’ herbs, machinery, and all the systems they’ve put in place. King and a small group helped till the soil and ate a meal made with the farm’s herbs and vegetables. “It was just a really cool opportunity to connect and see how people are using their land, and it was dope to see other Black people thinking this way and seeing how we can work together,” he says. 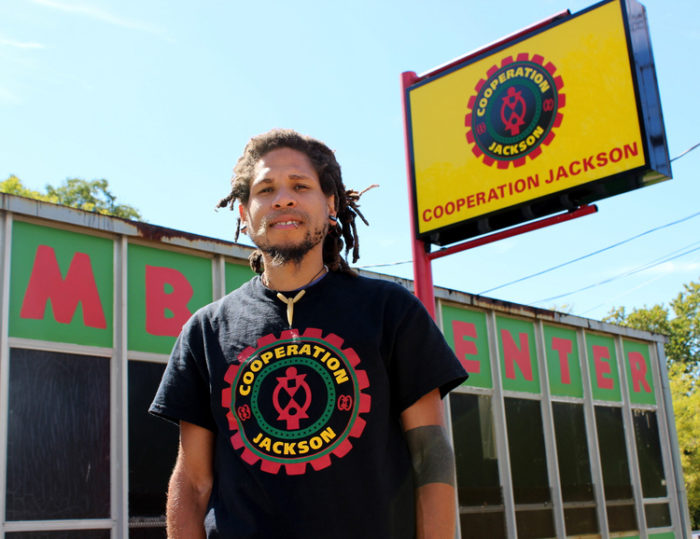 Sharing his techniques and philosophy has become an imperative for Mark Evans, who is 66, and wants to see a new generation of Black farmers maintaining the land he’s worked on for decades. “My wife and I, we’re getting up in age,” he says, “and we can still do the work but not at the level that we could when we were young. So, it’s gratifying to see young people caring about growing their own food.”

SAAFON worked with more than 100 farms this year, but Jones hopes to build SAAFON’s capacity to work with thousands of Black farmers at a time. When they’re supported, these farmers create a ripple effect through sales of their product, land advocacy, and youth programs. “If Black organic farmers are seen as economic powerhouses in their communities, their voices are loud and strong,” she says.

Whitney Jaye joined SAAFON in 2016 and runs Semente Farm in Lithonia, Georgia, where she and her husband host a community space and grow organic medicinal herbs, fruits, and vegetables. On the farm, she combines her experiences working with youth-focused nonprofits and her experience with Afro-ecology, a term used to describe the study of farming techniques established by Black farmers. “Afro-ecology is about the ways that Black folks have had a cultural, artistic, and spiritual connection to the land,” she explains. Jaye and SAAFON are piloting an Afro-ecology program with their Georgia members this year that will focus on teaching methods rooted in African farming techniques.

The ripple effect is already evident in farmers like King, who says SAAFON has solidified his work in organic farming and supporting Black farmers in Mississippi and beyond. “For us to be in relationship to the land and to each other and be able to produce what we need has been inspiring,” he says. SAAFON wants to ensure that more Southern Black farmers have that experience, and King agrees. “I feel like that vision will only continue to grow and deepen as we go on, he says.”