Rampant consolidation in food production is hurting farmers, eaters, and the economy. Senator Cory Booker’s bill would give policymakers time to level the playing field.

By Janie Hynson and Tyler Whitley 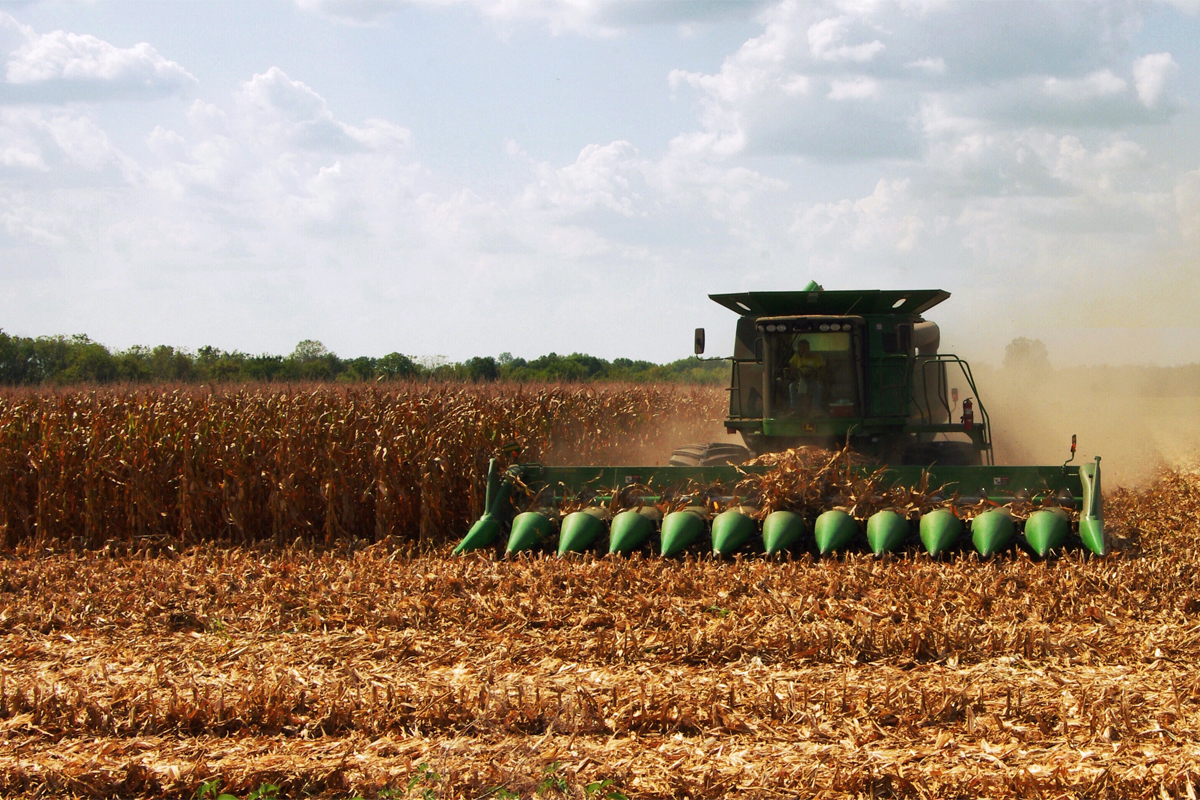 Most Americans are familiar with big box stores coming into communities and putting local shops out of business. Bentonville, Arkansas, Walmart’s corporate headquarters, offers a prime example of how a big business turns farmland into apartment complexes and wipes out family-owned feed stores. While consolidation and concentration are happening across many industries, it’s perhaps most pronounced—and most alarming—in the food system.

In the poultry business, five poultry integrators (the companies that own and control every aspect of poultry production, including feed mills, chick hatcheries, slaughtering plants, chickens, and the brands appearing on store shelves) have combined into just three—Georges, Simmons, and Tyson—in recent years as Tyson has gobbled up other integrators in the industry.

The same is happening across industries and across the country. “Larger fish keep engulfing the smaller fish,” says Reid Phifer, a North Carolina row crop farmer and poultry grower. “Market concentration is not good for the country, [and] it’s not good for the American consumer.”

As the number of competitors dwindles, those that are left own a larger and larger share of the food industry. And as one Bentonville-area farmer of more than 30 years said, “there are two things you don’t want someone else to own—your food supply and your water supply.” (Several of the farmers we spoke with for this piece did not want their names used for fear of reprisals from these companies.)

Politicians are starting to take notice. At the end of last summer, Senator Cory Booker (D-NJ) introduced a bill to halt big food and agriculture mergers and acquisitions for 18 months. The bill would also establish a commission to study ways to strengthen antitrust oversight of the farm and food sector and recommend improvements to merger enforcement. For the new Congress taking office this week, passing this bill would mark a real step toward protecting and strengthening farmers, rural communities, and the farm economy.

“The U.S. is losing farmers at an alarming rate, agricultural jobs and wages are drying up, and rural communities are disappearing,” Booker said when he introduced the bill. “This bill would put a much-needed pause on the largest, most consequential acquisitions and mergers in the food and agricultural sector.”

In the House, six Democrats introduced a similar bill, which would also impose a temporary moratorium on food and ag mergers and create a commission to review antitrust enforcement.

“Out-of-control consolidation has enabled agricultural firms to control prices at every stage of the food chain,” Representative Mark Pocan (D-WI) said in September about the need for this bill. “Today, corporate profits are soaring, but many middle-class families and farmers continue to struggle.”

Why Congress Should Pause Ag Mergers

Mergers and acquisitions consolidate control of the food and agriculture industries globally, and they harm farmers, consumers, and the environment. Research has found that consolidation leaves the vast majority of farmers, consumers, and communities powerless about key decisions that govern how we farm and what we eat. One Georgia poultry grower told us that “every merger and acquisition puts us one step closer to a handful of companies monopolizing the entire input.”

Big agribusiness and food companies put on a good show of appearing to maintain a competitive market, but with so few companies left in many aspects of the food industry, it’s hard not to suspect collusion at work. Take the bidding war over the value-added meat company Hillshire Farms as an example.

In 2014, Tyson Foods and Pilgrim’s Pride (owned by Brazilian meat company JBS) began a bidding war for Hillshire Farms. Tyson eventually increased their bid dramatically, outbidding Pilgrim’s Pride’s final bid by more than $8 per share. Soon after Pilgrim’s Pride withdrew from the bidding war, Tyson sold all of their poultry assets in South America and Mexico to JBS, a sequence of events that served to increase both Tyson’s control of value-added meat products in America as well as JBS’s control of the meat industry in South America.

Tyson Food’s recent purchase of Keystone Foods removes an integrator from the Georgia market, further driving down possibilities for Georgia growers and increasing Tyson’s control in the area. If this acquisition is allowed to proceed, this will be another example of antitrust laws not being enforced as they should. In light of past deals, we should watch closely to see if another deal will result after Marfrig sells Keystone to Tyson.

Fewer poultry integrators leave fewer options for farmers and drive down competition. Growers may be lured to contract farming by the promise of being their own boss, but often integrators do not disclose all costs associated with raising chickens, and it turns out growers really aren’t working for themselves. When growers realize this, they’re often deep in debt and left with few alternatives to escape abusive contracts. One Georgia poultry grower told us as much: “Integrators are determined to keep their boot on your neck and this [mergers and acquisitions] is one more arrow in their quiver to do that.”

Poultry companies can get away with intimidating and taking advantage of growers when they know growers’ options are limited. “In general growers won’t speak out about anything,” North Carolina farmer Phifer says. “It’s almost as if there is a gentleman’s agreement between companies, because if one company puts you out to pasture, the other one is not going to pick you up.”

Recent lawsuits further support claims that integrators are in collaboration to suppress grower wages, showing evidence of coordinated efforts to keep grower pay flat. One poultry grower we spoke with has only received a 1 cent per pound raise in nearly 20 years, while others have seen no raise at all.

Farmers who grow row crops have also seen considerable concentration in the seed industry. With fewer companies controlling more of the seed industry, there are fewer options for farmers looking for specific types of seeds or traits. This brings predictable threats to biodiversity and risks to our food supply from disease and blight, and it makes it harder for growers to sell their grain.

Although there are antitrust laws on the books, they are not working as designed. The farmers we spoke with would like to see Senator Booker’s proposed 18-month moratorium implemented because the failure to enforce those laws is leading to a concentration of power in food production.

“I’m definitely all for the moratorium,” Phifer says. “I don’t think the Department of Justice is doing their job. If they were, we would not allow the mergers of these mega chemical, seed, and food production companies. They would keep a fair, level playing field by allowing competition.”

Senator Booker’s moratorium would put a temporary hold on rampant consolidation and give our representatives a forum to address antitrust complaints. Although the government shutdown has temporarily stalled the possibility for action, the new Congress taking office this week has the opportunity to address the longstanding problems created by consolidation. It’s time to reintroduce these bills and hit the pause button and see if we can create a system that benefits farmers, eaters, and the economy.

Janie Hynson is a Communications Specialist at RAFI-USA. She holds a Master of Public Health from Boston University and a Certificate in Sustainable Food and Farming from the UMASS Amherst Stockbridge School of Agriculture. Prior to joining RAFI-USA, Janie worked as a Project Manager for JSI Research & Training Institute, Inc., a non-profit public health consulting company in Boston, and Community Food Lab in Raleigh. Outside of RAFI-USA, Janie is an aspiring gardener and homesteader. Read more >