Our Readers Respond: The Year in Food and Farming | Civil Eats

Our Readers Respond: The Year in Food and Farming

We asked you about the biggest food system stories of the year. Here’s what you said. 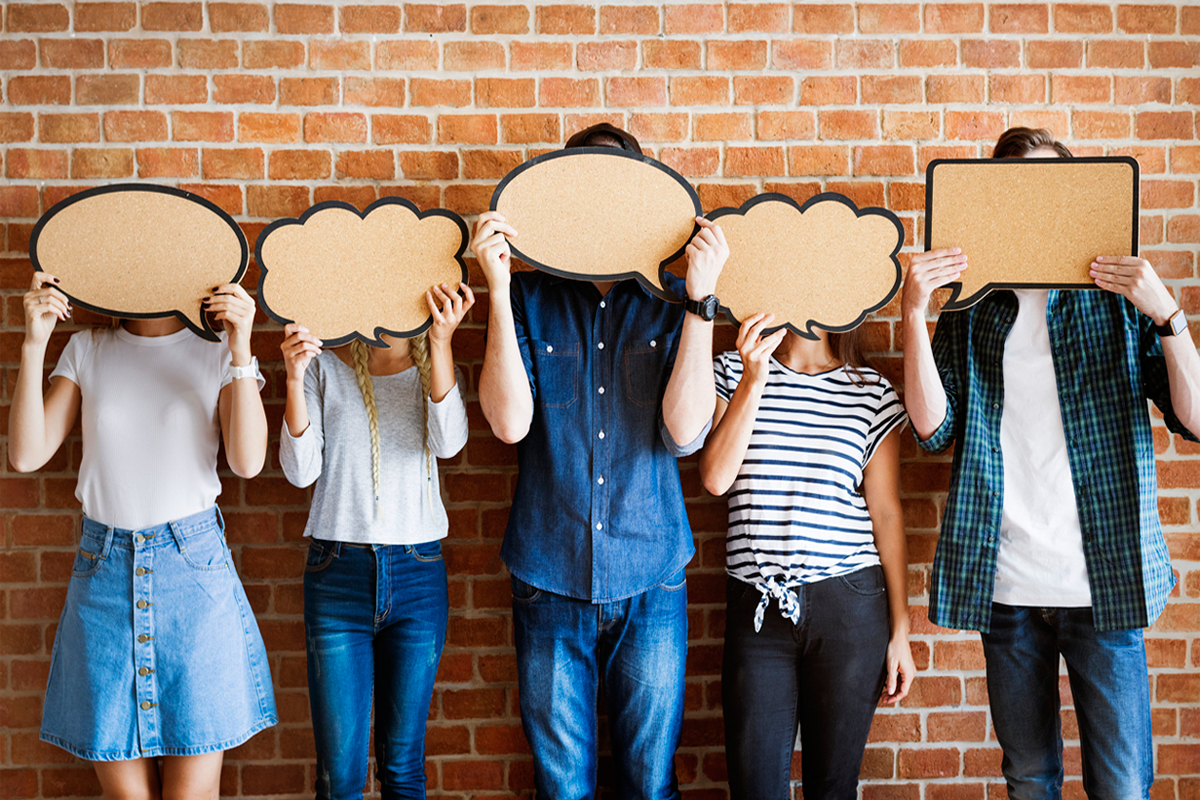 The farm bill. A trade war targeting farm country. Pesticides on trial. A vibrant food movement seeking justice for all. 2018 was an incredible year in food—incredibly frustrating and worrisome, yes, but also incredibly inspiring.

Earlier this week, Civil Eats published roundups of some of our best food justice and solutions-focused reporting of the year. But we also asked our readers—many of whom are deeply engaged and educated on the nuances of food and farming—to share their year-end reflections on what stood out for them in food and ag policy this year.

Below are some of the many answers to our year-end reader survey, edited for clarity and brevity.

The Biggest Food Politics Stories of 2018


We asked you, big picture, what you considered the most important food politics story of the year and why. You offered a variety of responses, from the trade war with China to agriculture’s role in climate change to the 2018 Farm Bill, which was finally approved last week.

The Trump administration’s trade war with China was a hot topic for a number of our readers.

“Even a short ‘war’ means breaking international relationships that can be replaced by other countries and/or difficult to reestablish,” explained Allan Konopka of Kennewick, Washington.

In a related vein, several readers highlighted the ongoing dairy crisis in the U.S.

“It impacts small rural economies that are already struggling,” wrote Denise Barstow of Hadley, Massachusetts. “We will lose land, local food, and heritage with the loss of local dairies. And drugs, the absence of jobs, and the flow of money out of rural America will destroy our country from the outside in.”

“I have appreciated Civil Eats’ coverage of the dire straits farmers (specifically in the dairy industry) face,” wrote Jenna Miller of Wisconsin, “because you are reporting the reality that so rarely makes it to national attention. Hopefully we can enact change soon before too many more farms slip off the cliff.”

Esteemed author and professor Joan Gussow of Piermont, New York, noted that the biggest story of the year was “the undermining of science in advancing the safety of agriculture and food.”

Several people mentioned the high-profile verdict against Monsanto in DeWayne Johnson’s cancer case, as well as Bayer’s purchase of Monsanto as the biggest stories of the year.


One of the positive stories that our readers noted included California’s efforts to tackle food waste.

“It’s incredible to see governments taking on this epidemic,” wrote Sueli Shaw of San Francisco. “Food waste is one of the most critical issues of our time, but addressing it requires new ways of operating, and a culture shift, for many food businesses. Creating real incentives and penalties tied to food waste is a way that we can actually influence the factors that drive behavior change.”

As we’ve reported before, food waste is also a cause of climate change, and many readers noted that climate change is “the big one.”

“Growing food will not be the same when we face a lack of water and climate variations,” wrote Paul Fuller of Sweet Creek Foods in Elmira, Oregon.

And some readers felt that promising solutions have gotten short shrift in the media.

“I’m particularly concerned by the blanket solution for everyone to eat less meat that is being promoted by more and more scientific and political groups, without any distinction between types of meat production,” writes Nathan Moomaw of Moomaw Farm in Oregon City, Oregon. “The big reports out this year mostly leave out any mention that grass-fed meat is actually carbon negative, and managing healthy soils and diverse grasslands are one of our best tools for fighting climate change.”

Many readers said the 2018 Farm Bill was the biggest story of the year, both because of “the unprecedented political division around it” as well as because “it influences everything impacting agricultural policy in the U.S.” It’s also an example of “the large corporate political pressure that only serves the largest corporate interests at the expense of family farms, taxpayers, and the 99 percent who also have to eat,” wrote L.A. Shapiro from Washington, D.C..

The last-minute passage of the farm bill earlier this month—which followed extensive controversy and political wrangling throughout the year—offered a mixed bag of wins and losses in readers’ eyes.

“The fact that SNAP was not lost and hemp is legal” were among the best outcomes for L.J. Levi from Cheyenne, Wyoming.

Jennifer Kaplan of Berkeley, California wrote, “Best: The fact that they dropped the provision that would have eliminated SNAP for returnees from prison. Worst: That big business still controls all the levers.”

“I’m relieved that it will continue to support critical supplemental nutrition programs that help alleviate food insecurity,” wrote Emily Landenberger of Middlebury, Vermont. “I’m also glad that it will allow for legal industrial hemp cultivation. However, I continue to be dismayed at the utter failure of the Farm Bill to protect and support small, diversified organic farms.”

Echoing our own farm bill analysis from Dan Imhoff, L.A. Shapiro from D.C. wrote, “Most promising: nothing. This bill was only marginally better than the House bill but contains almost nothing new or innovative in response to climate change and disaster planning. Most worrying: lack of serious conservation program funding.”

The policy’s focus on large corporate farms came up repeatedly in reader comments.

“Most worrying is that there is not a meaningful consideration of the farming crisis facing America, giving money to the largest farm operations and neglecting small- and medium-sized farms,” wrote Katie Lavin from Vermont. “Most promising includes support for the building of local food systems and access to healthy food as a catalyst for healthy communities and economies.”

Finally, Julie Taddeo from Takoma Park, Maryland wrote, the fact “that [Rep. Steve King’s] Preemption Amendment was killed is a huge relief (for now) for local communities that have passed laws to restrict pesticide use. What’s worrying is that the Farm Bureau and pesticide lobbyists will try again, like they always do.”


Looking beyond the coverage of food and farming in the news media, we asked you to share what is happening in your communities that you find inspirational. You answered everything from what you see unfolding on the farmland around you to sustainable ag education efforts to gains made in local political campaigns.

Some Civil Eats readers draw inspiration from the land beneath their feet. “I’m inspired by keeping my family’s farm viable for another 212 years—there’s legacy and pride involved in that,” wrote Denise Barstow of Hadley, Massachusetts. “I really believe in agriculture. Food is the most important thing that we do—for our bodies, for the land, for relationships, for culture. I’m motivated by the need for the product I produce and the intrinsic benefits carried with it.”

Doug Crabtree of Vilicus Farms in Havre, Montana, also finds hope in what he sees playing out on the land around him: “The abundant wildlife on our farm shows we’re doing (some) things right!” he wrote.

Jenna Miller of Wisconsin finds inspiration in the Amish way of life, which she encounters on a regular basis. “I work closely with the Amish population,” Miller wrote, “and their continual determination and ingenuity to preserve and continue the agrarian lifestyle is extremely inspiring to me.”

Susan Heath of Albany, Oregon, sees hope in the increasing numbers of progressive young people on the ballot in rural parts of the state. “Although we were not successful in our local elections here in rural Oregon,” Heath wrote, “we did have several awesome young people on our ballots who are concerned about our environment and healthier diets. With more work and resources, in the future we might/will get them elected to office. In the meantime, we are trying to educate our conservative neighbors, including farmers.”

In Takoma Park, Maryland, Julie Taddeo takes heart in the fact that a campaign against pesticide use has gained traction. “I led the campaign in Takoma Park and Montgomery Park, Maryland, to restrict pesticide use on lawns and parks,” Taddeo wrote. “The county is being sued, and this inspires me to keep fighting for our kids to have a truly safe, green space to play.”

Meanwhile in New York City, Ora Kemp is happy to see various food-related partnerships and initiatives come to fruition. “The partnerships between GrowNYC and the Hunt’s Point Food Distribution center, the push from BK Borough President to bring more plant-based foods into schools, the new reporting mandates for the state of New York related to food access” all inspire her, she wrote.

In Berkeley, Jennifer Kaplan takes heart in the fact that more and more people are being educated on sustainable food systems. “I teach a required course at the CIA [Culinary Institute of America] on Food Systems,” Kaplan wrote. “I teach it through a lens of sustainability and am hopeful that future chefs and food service professionals are being educated about the need for a more sustainable food system. The class provides ideas and tools for commercial improvements, and I am hopeful that this will lead to a change, or at least positive impact, on the food system.”

And finally, Emily Landenberger in Vermont sees promise in the ways industrial hemp, which was fully legalized by the 2018 Farm Bill, might help Vermont farmers. “Many struggling farmers in our community are beginning to cultivate organic hemp crops to meet the skyrocketing demand created by the local CBD product industry,” Landenberger wrote. “It’s exciting.”

Thank you to all the readers who responded to our survey; we hope to do more of this kind of work in 2019. If you want to be part of our next round of outreach, sign up for our newsletter today, and consider donating to further support Civil Eats.