Despite Small Wins, the New Farm Bill is a Failure of Imagination | Civil Eats

Despite Small Wins, the New Farm Bill is a Failure of Imagination

Maintaining the status quo in the farm bill might feel like a victory to some, but long-time farm bill expert Dan Imhoff says it still won’t support the kinds of agriculture we need most as the climate warms. 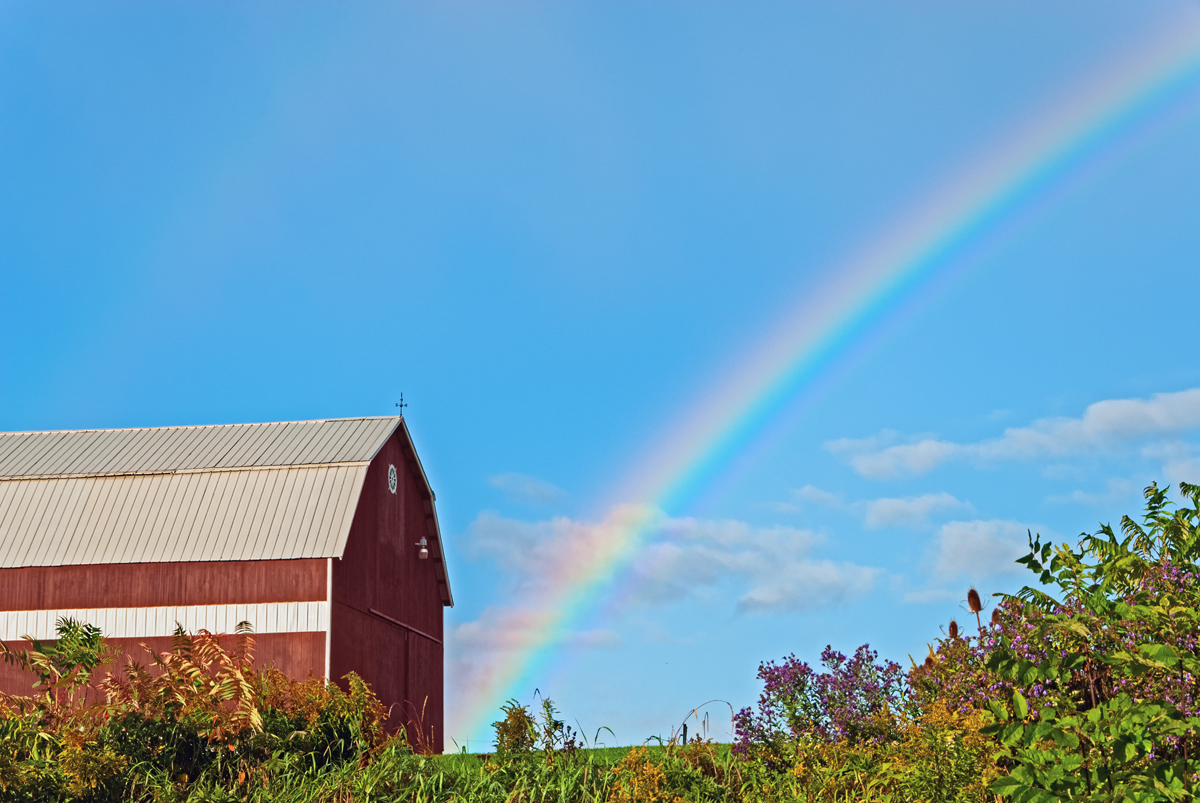 The $867 billion 2018 Farm Bill the House and Senate passed this week is a hot mess. The Washington Post editorial board described it as “a bad outcome—that could have been worse.” And they’re right. Unfortunately, we’re all going to be affected by it.

Congress passes a farm bill around every five years. It’s an encyclopedic set of rules that doles out nearly a trillion dollars every 10 years for farm subsidies and crop insurance, the Supplemental Nutrition Assistance Program (SNAP), and on-farm conservation programs.

To be fair, the farm bill is a mirror of our political process. As such, it is a lopsided mix of some good policy and a lot of bad. I’ll get into the good (and mixed) news in more detail below, but for now let’s just say that progressives can be happy that programs to combat hunger, expand local and organic food production, train beginning farmers, and protect the land were all successfully championed this time around.

Still, the revised farm bill will ensure that citizens continue to pay for their food at least three times: 1) at the checkout stand; 2) in environmental cleanup and medical costs related to the consequences of industrial agriculture; and 3) as taxpayers who fund subsidies to a small group of commodity farmers deemed too big to fail.

Granted, many of those farmers are caught in a vicious cycle. Most live in areas where the only market and infrastructure support commodity crops, and yet those crops don’t support a resilient farm system. One-half of agricultural counties in the United States were designated as disaster areas from 2012 to 2016. Current subsidies are supposed to provide a safety net to even out the financial ups and downs of crop production and help farmers stay afloat in a competitive global economy.

Instead, over the last half century they’ve created an expensive and polluting engine of overproduction, which drives down prices, saturates markets, and shifts the burden of recouping costs to taxpayers who subsidize farmers’ insurance policies and other relief.

The 2018 Farm Bill will strengthen crop insurance subsidies that guarantee farm income even across swaths of the U.S. where soybean, corn and wheat growers will benefit from more generous terms on government loans. Small dairy farmers, who are regularly swamped by a flood of cheap milk from mega-dairies, will also gain protection.

Perhaps the biggest boon for commodity producers is the opening of eligibility loopholes. By blurring the definitions of what constitutes a “family farm,” the new bill will allow these farms to balloon in size and exponentially dip into the public trough. Current household limits for the two largest subsidy programs are set at $125,000 per year per operator and $250,000 for a married couple. (Household operations with an adjusted gross income under $900,000, and $1,800,000 for couples, are eligible.)

The revised law will now permit children and their spouses to also be seen as “actively engaged” in farming and therefore eligible for subsidies. It doesn’t end there. Nephews, nieces, cousins, and other extended family members can be daisy-chained to receive benefits as long as they can demonstrate participation in farm management even if they don’t set foot on the farm. This was justified in the name of supporting a new generation of family farmers. It seems more designed to help the big operations get bigger.

Swaddling struggling commodity farmers in a lavish safety net might be acceptable if we were also building a nationwide foundation of stewardship and vibrant local food production. But most of the nation’s ever-increasing harvests of corn (farmers grew a near-record 14.6 bushels in 2018) and soybeans (farmers grew a record 4.5 billion bushels in 2018) aren’t even eaten directly by humans. They’re fed to cattle, hogs, and poultry or transformed into processed food ingredients and biofuels.

More than 20 percent of our agricultural output is exported. The real winners are the grain traders, meat packers, ethanol distributors, agrochemical corporations, equipment manufacturers, financiers, and insurers whose lobbyists write the farm bills and who benefit from low commodity prices and capital-intensive farming methods. There is a waste crisis as well: 40 percent of the food produced never reaches an eater’s plate; much of it ends up in landfills.

It is important to note that these increases in farm supports are the product of a compromise reached through negotiation. The bills passed separately by the House and Senate earlier this year were so different that they went into a process known as conferencing, wherein majority and minority leaders in both Agriculture Committees attempt to make a deal.

The House Bill included much-discussed work and job training requirements for some SNAP recipients. In the name of promoting “independence” this would have placed additional hoops in the path of over a million underemployed Americans seeking hunger relief—for questionable budget savings. This issue may not be settled, however. U.S. Department of Agriculture (USDA) Secretary Sonny Purdue has drafted a rule intended to crack down on recipients who currently have work requirement waivers. The House Bill also included riders that would have exempted pesticides from clean water violations and eased restrictions on logging in federal lands under the guise of reducing fuel loads. Democrats declared victory after these crucial elements were dropped in the conference process.

In the end, one wonders whether these were ever serious expectations or just part of a shrewd Republican strategy. More importantly, why did the Democrats not wait until January to conference the bill when the newly elected House may have offered an opportunity for much needed reforms?

There are a few gains to so-called “small but mighty” programs. Efforts to expand composting operations and reduce food waste in 10 states, along with the establishment of a food loss and waste reduction liaison were funded at $25 million per year through 2023. Industrial hemp will now be recognized by the USDA as a legitimate commodity crop, and may offer an additional cash crop to rotate in with commodity crops. (That may also provide some temporary relief in the form of hemp-derived, non-psychoactive cannabidiol, or CBD, for citizens frustrated by the lack of forward thinking in the bill otherwise.)

Permanent mandatory funding was also granted for local food initiatives, beginner farmer support, and organic research. Given the value that these programs generate and proven track records, however, their funding should have not only been guaranteed but increased ten-fold.

Conservation spending—which goes to help farmers use practices that reduce air and water pollution, improve the soil, and sequester carbon—was renewed at 2018 levels. There will be an increase of 3 million acres in the Conservation Reserve Program, which pays landowners not to farm on land and to protect on-farm habitat. CRP payments will be reduced to 80 percent of a county’s average rental acreage, however, making it a less attractive option than rolling the dice with crop insurance.

The innovative Conservation Stewardship Program (CSP) survived the House bill’s attempt to absorb it into the Environmental Quality Incentives Program but saw its budget nearly cut in half. The CSP, as it is known, rewards farmers for a range of stewardship activities rather than per acre output of corn, soybeans, etc. CSP pays farmers to reduce their use of chemicals, grow cover crops, optimize their use of energy, protect wildlife habitat, and diversify their operations. This is exactly the type of farming we need more than ever, as the climate warms and becomes less predictable and nitrogen levels in our waterways and oceans have reached crisis level.

Federal money spent on conservation programs are arguably the most justifiable investments the government makes in our rural landscapes. In the absence of policies that encourage supply management, crop subsidies and crop insurance payments encourage the overproduction of commodities by taking the risks out of planting. The consequences of low prices and intensive farming practices then become the responsibility of the taxpayers.

When global markets are flooded with cheap commodities, it’s often the small holder farmers in nations without subsidies who are most affected. Conservation programs should be designed to support landowners for efforts the market does not: building resilience with perennial habitats that can harbor fish and wildlife, filtering runoff, limiting storm damage, and removing carbon from the atmosphere by storing it deep within the soil.

Some policymakers have declared the preservation of conservation budgets at the current spending levels as a key victory. But in the larger scheme of things, citizens were still done a great disservice. Conservation programs were slashed by $6 billion during the 2014 Farm Bill and should have been restored to those former spending levels at a minimum.

That funding could be directed to drastically increase our use of cover crops such as rye and legumes, which provide non-chemical nutrients and build organic matter and protect bare soil on farms and rangelands. On-farm energy use could be aggressively reduced. Research into soil building, no-till and organic farming, and rangeland management must be significantly scaled up. Animals could be removed from massive feeding operations and re-integrated in lesser numbers in managed pasture rotations. This effort will require a whole new generation of training and infrastructure, including hundreds of regional processing facilities.

Farmers could massively expand habitat in and around farmlands by taking marginal lands and former field borders and drained wetlands out of production and planting deep rooted perennials to create a bank of underground carbon. There are historical examples of such bold action in response to crisis. In 1935, for example, the government launched the Plains Shelterbelt Project, with the goal of planting a 100-mile wide swath of trees from North Dakota to Texas to provide a line of defense against wind erosion and the Dust Bowl.

The farm bill is our chance to invest in agriculture that is ecologically and economically sustainable. When it comes to food and agriculture policy, we reap what we sow.