Craft Beermakers are Banding Together and Brewing for Good | Civil Eats

Craft Beermakers are Banding Together and Brewing for Good

Breweries nationwide are donating time and resources to benefit those displaced by the devastating Camp Fire. For most of them, charitable giving is business as usual. 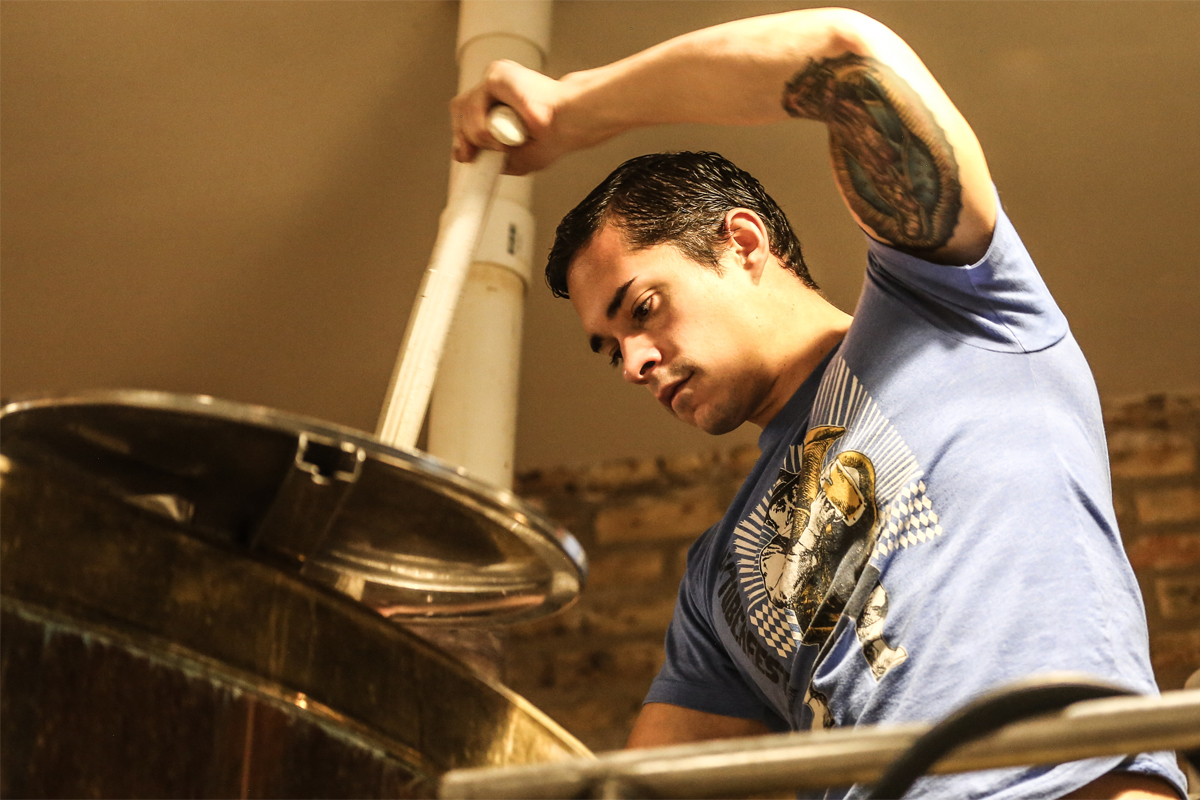 Around sunrise on Thursday, November 8, the first flames of the most destructive wildfire in California history flickered to life along Camp Creek Road in Northern California. The Camp Fire spread rapidly, overtaking the towns of Concow and Paradise within hours. A few miles away in nearby Chico, the employees of one of the nation’s largest craft breweries anxiously watched the smoke on the horizon and followed reports of the fire’s spread.

Sierra Nevada Brewing Company was founded in 1980 by homebrewer Ken Grossman and quickly became one of the most influential breweries in the nascent craft brewing movement. According to trade group Brewers Association, the brewery is now the second largest among the more than 6,000 craft breweries in the country. Even so, they’ve remained intimately connected to their small community.

“When the fire broke out, our brewery was closer to it than we felt comfortable,” said brewery spokesperson Robin Gregory. “Then it came down the hill and jumped the freeway a few miles away.”

The brewery shut down production for several days the day after the fire started, as part of a voluntary evacuation. By the time it reopened the following Monday, about 15 percent of the brewery’s employees had been displaced by the fire, and nearly everyone had friends and family who had been displaced. They began to look for ways to help their devastated community, focusing first on immediate needs by opening the taproom to feed survivors and first responders and giving out clothing to anyone who needed it.

But they also knew the problem was much bigger than they could address alone, so they asked for help. And something remarkable happened.

After setting up the Sierra Nevada Camp Fire Relief Fund, seeding the fund with $100,000, and pledging to brew a benefit beer named Resilience IPA to raise more money, Grossman asked the nation’s craft breweries to sign on to brew the beer as well—more than 6,000 of them—and as of press time, more than 1,250 have agreed. One in five businesses in this tightly competitive industry has signed on to participate in the benefit, with 100 percent of sales—not just profits—benefiting the relief effort.

“This has been a unique time of togetherness,” Gregory said. “We’re incredibly grateful to the breweries and suppliers across the country who have teamed up with us.”

The response Sierra Nevada received to its Camp Fire request illustrates a unique spirit of giving and camaraderie that permeates the beer scene. Not only are breweries across the country willing to pitch in during major tragedies, many have giving built into their business plans. From benefit beers to dedicated tap handles and charity nights benefiting local organizations, craft brewers are giving back to their communities in ways big and small.

Sierra Nevada worked with hops and malt suppliers across the country to donate and supply raw ingredients for the classic West Coast-style IPA recipe they designed for Resilience IPA, leaving breweries to donate their time, labor, and equipment. Grossman and his family are working directly with Butte County residents to find holes in coverage from FEMA and insurance to determine how to direct the funds raised.

“It really gave me perspective on what’s going on in our world,” said Josh Deth, founder of Chicago’s Revolution Brewing, who will be brewing a batch of the beer. “You think about all the people put out by this. We’re humans before we’re brewers.”

Since it opened in 2010, Revolution Brewing has been working regularly with nonprofits in Chicago to host events, and in 2017, the company partnered with the Illinois Craft Brewers Guild to get a state law changed so breweries could donate beer directly to nonprofits. Deth worked in Chicago’s nonprofit sector before brewing and wants to give back to groups seeking to do good. It’s an attitude you can find in nearly any brewery taproom.

Warped Wing Brewing in Dayton, Ohio, runs a program in which a regular portion of sales goes to local community organizations. Every Tuesday through their “Share a Pint, Make a Difference” campaign, Warped Wing gives $1 from every pint sold in the taproom to a different local nonprofit, allowing them to benefit 52 local organizations every year. 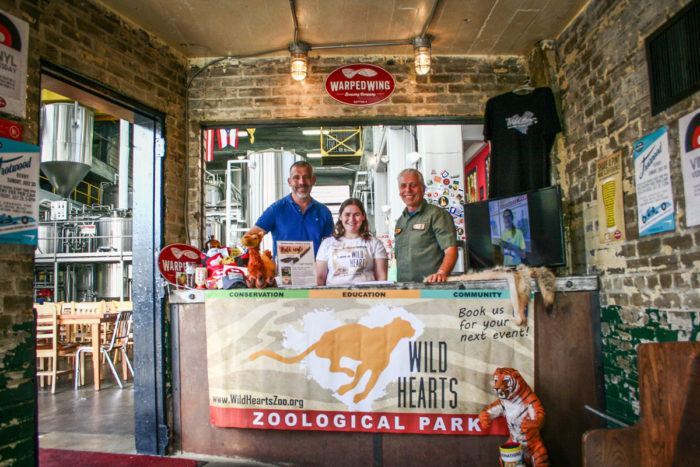 For Revolution and others, giving back often means brewing special benefit beers. “Our beer Spirit of Revolt is getting brewed this month and will come out in January to celebrate International Women’s Day, and all the sales—not just proceeds—will go to Connections for Abused Women and Their Children,” Deth explained.

In Denver, a much smaller brewery will also be brewing Sierra Nevada’s Resilience IPA.

“It’s easy to see something like [the Camp Fire] happening in Denver,” offered Betsy Lay, co-founder of Lady Justice Brewing. “We hope people would do the same thing for us.”

Lady Justice was opened in 2016 by Lay, Kate Power, and Jen Cuesta with the purpose of generating funds to help women and girls in Colorado. All three worked in nonprofits before brewing and found their organizations thirsty for funds during the recession. 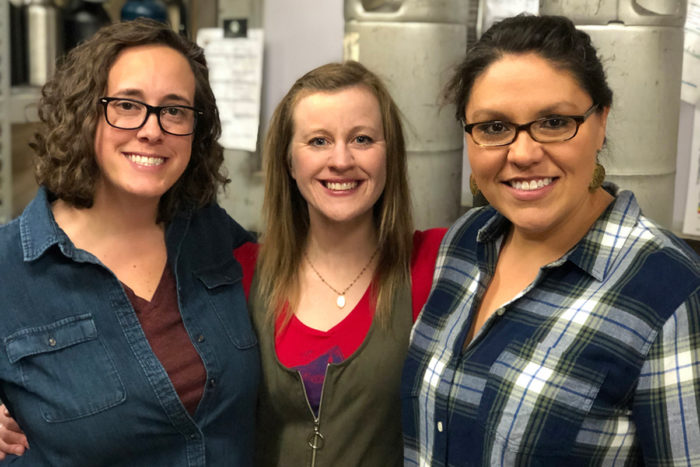 “Funding was really hard to come by. Grants had dried up. It was hard to get money to support the work we were doing,” recalled Lay, who is also the head brewer. “We would go out for beer and commiserate. Then one of us said, ‘How great would it be if our beer money could be helping these organizations?’”

Lady Justice Brewing is a low-profit liability company (L3C), a business designation that allows what would otherwise be a for-profit company to more easily direct their earnings toward charitable causes. The founders based the company on an unlikely model: Toms, the shoe maker that donates a pair of shoes for every pair sold.

Lady Justice harnesses beer sales for good primarily through a grant program focused on two categories: girls ages 11-17 and organizations serving women or girls. For the latter, any 501(c)3 nonprofit benefiting women or girls in Colorado can apply, and recipients represent a diverse array of creative causes. These have included the charmingly named Warm Cookies of the Revolution, which highlights women in political movements through community programming, and Hands of the Carpenter, which helps repair cars for single mothers while also providing them with education on car maintenance, and half a dozen others.

The Communal Spirit of Craft Beer

“There are not many other industries where you see two competitive companies saying, ‘Let’s get together and put both our logos on a beer and share information with each other,’” she observed of the common practice of brewery collaborations.

The do-it-yourself, communal nature of brewing—an overwhelming majority of professional brewers started out as homebrewers—has bled into the marketplace. Most brewers see their colleagues at other breweries as comrades-in-arms, not rivals. 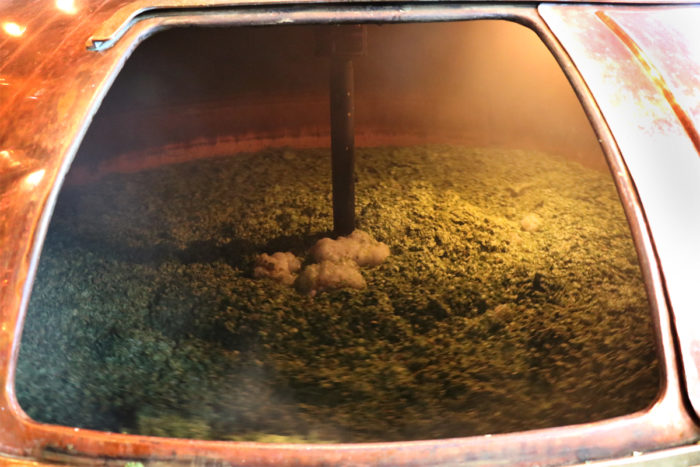 When the Camp Fire response was being organized, Sierra Nevada’s Ken Grossman reached out to Vinnie and Natalie Cilurzo, owners of Russian River Brewing in Santa Rosa, who had weathered their own wildfire relief effort last year, for advice.

“Russian River are—I hate to use this word—competitors of ours,” said Gregory, “but Vinnie officiated Ken’s son’s wedding, and Vinnie and Natalie gave up their Thanksgiving to come to our brewery to feed displaced community members.”

“Beer has a way of bringing people together, like food does,” said Lady Justice’s Lay.

Gregory offered much the same explanation. “Beer is nothing without community. It’s designed to bring people together to celebrate. That community in its essence is part of the success of our business,” she asserted.

“People want to drink beer together in good times and bad,” commented Deth, and this natural communal spirit allows craft beer to respond to tragedy with togetherness.