Congress Will Likely Legalize Hemp in the Farm Bill. It Should Also Heal the USDA’s History of Discrimination. | Civil Eats

Congress Will Likely Legalize Hemp in the Farm Bill. It Should Also Heal the USDA’s History of Discrimination.

As the final farm bill takes shape and includes regulations governing hemp, an attorney for farmers of color says it's also a chance to right historic wrongs. 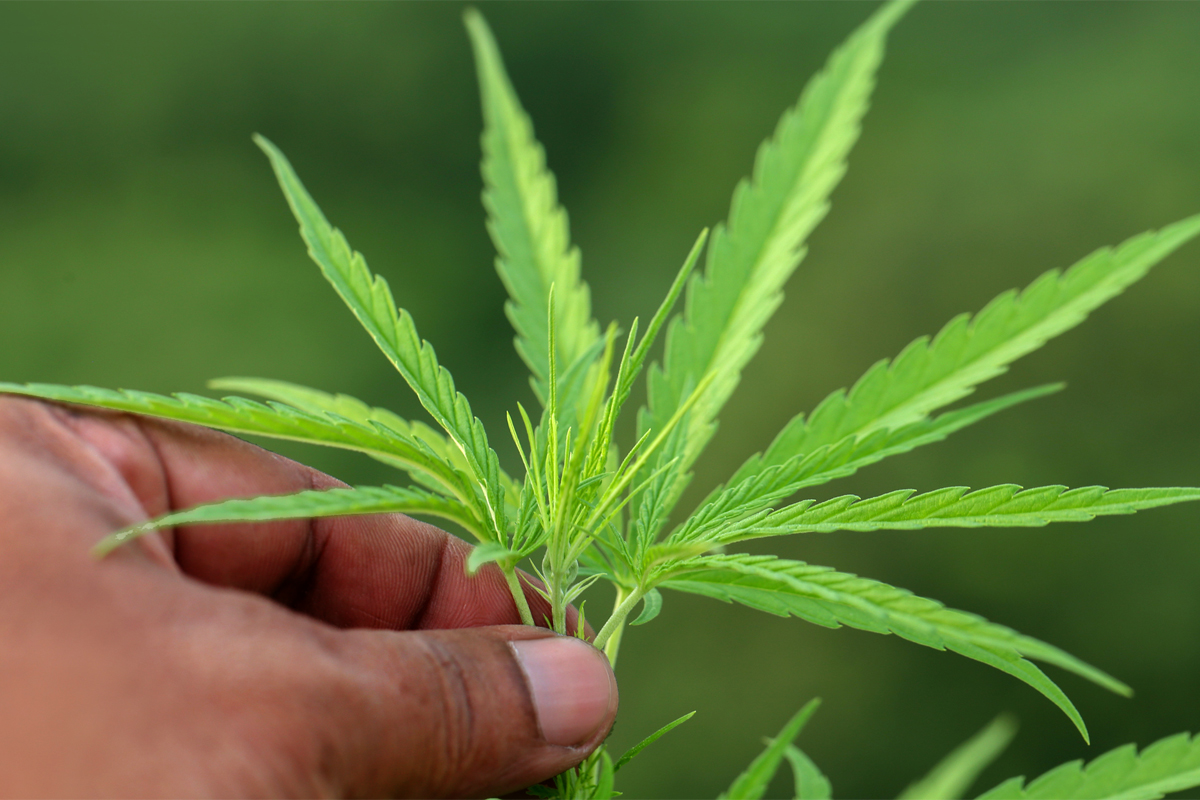 After more than 80 years, hemp is about to be legalized under the new farm bill, a shift that may offer farmers of color a unique chance to right historical, discriminatory injustices. But as a lawyer who works with farmers of color, the need for the U.S. Department of Agriculture (USDA) to ensure fair programming is at times missed. With the history of discrimination against farmers of color in mind, Congress needs to include protections that prevent continued discrimination as it finalizes the farm bill and establishes the regulations governing the new field of industrial hemp and cannabis.

Hemp has been prohibited since the passage of the Marijuana Tax Act in 1937 and considered a Schedule 1 drug on par with heroin and LSD since the Controlled Substances Act of 1970. A provision of the 2014 Farm Bill began allowing farmers to grow hemp for research purposes, however, and since then more than 30 states have passed legislation allowing its cultivation. Currently, Senate Majority Leader Mitch McConnell (R-KY) is moving to legalize hemp fully under the 2018 Senate version of the farm bill.

USDA has a long history of refusing farmers of color when it comes to lending and other crucial forms of assistance. And although the agency’s admission of discrimination in the settlement of class action suits since the late 1990s has brought monetary relief to some farmers of color, the relief has been minimal. In many places, the issues at the root of the suits are still challenges—people of color are still denied loans for farms, and they still encounter the use of intimidation, the spread of misinformation regarding farm program requirements, and more.

Allowing all farmers to grow hemp would create a fair playing field and give farmers of color the opportunity to generate revenue to expand their operations. But many are wary of the potential downsides present alongside the opportunities in this budding space.

While the U.S. Drug Enforcement Agency (DEA) has overseen the growth of hemp as a crop since 2014, the Senate version of the 2018 Farm Bill puts its cultivation under the jurisdiction of the USDA, which regulates commodity crops like corn and soy. For most farmers of color, the USDA’s long history of discrimination casts doubt on the future fairness of the department’s potential regulatory authority over hemp farming.

From 1998 to 2002, Black, Native, Latino, and women farmers filed four discrimination class action suits against the USDA, all stemming from the Office of Civil Rights within the USDA being closed or reorganized for nearly 15 years and the agency’s lack of oversight on civil rights and discrimination. All four suits were settled, but the sting of discrimination remains.

Some might perceive the establishment of the reservation system in the 1830s and the “40 acres and a mule” program during Reconstruction as beginning efforts to correct injustices associated with land and race. But based on the rapid decline of Black land ownership and the many challenges faced by Native people, this perception is far from the truth.

The government’s plan to regulate hemp cultivation may also pave the way for discrimination. Originally, the Senate version of the farm bill prohibited individuals with prior drug convictions from growing industrial hemp—a prohibition that compounds past injustices in drug-related arrests and convictions. The latest reports suggest that the final version of the 2018 Farm Bill would strip out bans on previously convicted individuals growing hemp; although the final bill is not yet public, that change would be a great start in correcting past discrimination patterns.

Organizations like Minorities for Medical Marijuana, Diasporic Alliance for Cannabis Opportunities, and senators like Cory Booker (D-NJ) support the need for such regulatory protections. In October, I had the opportunity to interview Gagan Hunter, who serves as the chief operations officer of Earth Science Tech, Inc., a Miami-based company that specializes in high-grade CBD oil (which is extracted from hemp—not cannabis—and contains no THC), also believes the Farm Bill needs to build in protections for people of color.

“There needs to be a component of reparations within the farm bill,” Hunter said. As a Black male in the CBD industry, Hunter’s success represents a change in the right direction. Unfortunately, many Black men are struggling to amend past cannabis convictions for a substance that is scheduled to be legal. I would like to see the farm bill include additional programming for reformed individuals.

One program model Congress can mimic is the city of Oakland, California, whose Equity Permit Program allots 50 percent of cannabis licenses to individuals who have past marijuana convictions. Fortunately, the Farm Bill’s proposed legalization of hemp complements Senator Booker’s proposed Marijuana Justice Act, which addresses this issue at the federal level decriminalizing marijuana and expunging prior convictions for its use or possession.

Although the bill does not yet have any co-sponsors, the upcoming change in House representation and the fact that criminal justice reform is a bipartisan matter may increase the chances of parts of the bill being included in a larger effort. Even just eliminating the felony restriction in the Senate version of the farm bill would be a great start.

If the USDA were to regulate hemp like any other cash crop, it would create much-needed opportunities for beginning farmers of color, as the average U.S. farmer nears retirement age. The USDA should also build trust by placing employees of color in positions of authority to provide services to disadvantaged farmers in rural counties that have high filings of civil rights complaints.

If the USDA implements a hemp certification program, it should make sure the fee is affordable; the high costs of the annual food safety certification fees have squeezed many small produce operations out of the business, and learning from the past will create a different path for hemp. Because hemp will be a new crop for most farmers, they will spend the next few years learning the ropes; so it’s refreshing to hear the proposed farm bill will also allow hemp to qualify for crop insurance—hopefully, it will extend that to the non-insured crop disaster assistance program specifically designed to reduce the costs of crop insurance for women and farmers of color.

If the government plays its cards right, advocates like Lezlee Colrane, founder of Community Wellness Foundation, a North Carolina nonprofit building a new hemp economy for Black farmers, see genuine opportunity in the crop. “Hemp is the future to creating a green economy for the people who historically grew it for centuries as enslaved people,” Colrane explained in an interview earlier this year.

Agriculture needs to represent the true demographic makeup of the country; as the USDA lays the foundation for the hemp industry, it must engage people of color in writing regulations and implementing and overseeing programs. This inclusion will be vital to building trust in communities where it has been lacking.

Jillian Hishaw, Esq. is the author of “Don’t Bet the Farm on Medicaid,” member of the State Policy Committee of the National Cannabis Industry Association, former US Department of Agriculture Adjudicator of the Office to the Assistant Secretary of Civil Rights, Agricultural Attorney and Founder & CEO of Family Agriculture Resource Management Services (F.A.R.M.S.) a national nonprofit that provides technical and legal services to small farmers. Hishaw has a Biology degree, Tuskegee University, Juris Doctorate and Legal Masters in Agricultural Law, University of Arkansas-Fayetteville Law school. Read more >