The unprecedented new measure establishes a minimal sales tax to support healthy food access and food education programs for Denver youth over the next 10 years. 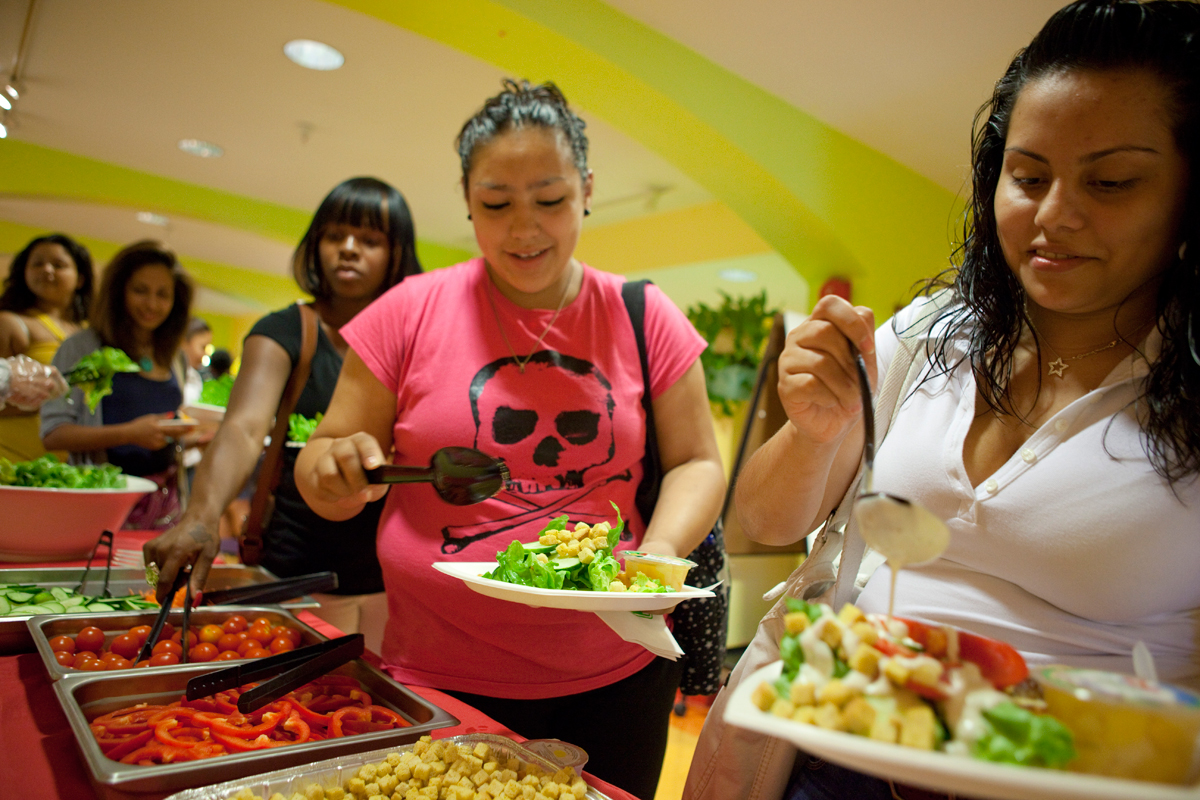 The biggest takeaway from the recent election night in Colorado was the state’s historic blue wave, with Democratic candidates winning every statewide office and taking control of the state Senate. But voters in Denver also passed an ordinance that may be historic in its own right—and, with 59 percent voter approval, it also appears to transcend partisan politics.

Ordinance 302, placed on the ballot by the Healthy Food For Denver Kids campaign, establishes a nominal sales tax (less than a penny on any $10 purchase) to fund healthy food access and education programs for youth in Denver over a 10-year period.

Under the initiative, a 13-person commission will be created (through a preexisting city-coordinated process) to allocate the funds—$11.2 million in the first year and as much as $100 million over the full 10 years—to Denver organizations that are already working to get more healthy food to children in low-income families.

With its passage comes a new funding stream for organizations focused on reducing hunger and increasing food education—two often-overlooked needs in a city that is experiencing explosive growth. According to the Healthy Food campaign, one in seven kids in Denver missed a meal in the last 30 days because of cost; Colorado itself is the third fastest-growing state for childhood hunger.

“One of the reasons Ordinance 302 is so exciting is that it represents the values and will of a community to provide money to help advance local food and healthy food for the most vulnerable among us, in this case kids,” said Blake Angelo, the main organizer of the campaign, who also served as the city’s first manager for food systems development. “We’ve reached a point where ideas [that people in the food movement have talked about for years] are mainstream enough to earn $100 million of public investment over the next decade.”

Tax-based mechanisms for improving health have traveled a sometimes-rocky path. The soda and sugar taxes passed by cities such as Berkeley, San Francisco, Philadelphia, and Boulder, Colorado remain in effect and have led to decreases in sugary-drink consumption, even in the face of lawsuits and heavy opposition from the beverage industry. A similar tax in Illinois’ Cook County was repealed one year after voters approved it due to a string of litigation.

Angelo explains that Ordinance 302 takes a different approach altogether, one he hasn’t heard of being adopted elsewhere: citizens self-imposing a tax to collectively solve a problem, rather than imposing a tax and penalizing individuals for making the “wrong” choice.

The ordinance will increase the city’s sales tax by .08 percent to 3.73 percent; the state’s sales tax of 2.9 percent is, according to the campaign, one of the lowest in the country.

The tax is the next step forward for Denver’s long-term strategic plan to achieve a healthy and equitable food system. The 2017 Denver Food Vision, which the city and county of Denver published after a year of public outreach efforts, lays out a number of goals for the city, such as building more complete neighborhood food environments with community involvement, increasing demand for whole foods and fruits and vegetables and ensuring they are affordable, and developing Denver as an epicenter for a regional food economy.

The new tax puts the city on track to meet some of the goals laid out in that plan, said Shannon Spurlock, manager of external relations for the nonprofit urban agriculture and education organization Denver Urban Gardens (DUG). DUG is one of many food justice organizations that are active in the city, such as the GrowHaus, Re:Vision, and Denver Food Rescue, which could benefit from the ordinance.

“If we want to see these changes come to fruition, we need to back [the tax],” said Spurlock. “A plan without funding is really hard to consistently implement.”

The focus on early education has important potential long-term benefits. Angelo explained that children who are offered healthier food may like it at first but not know how to prepare it the same way at home and never try it again; or they might have a negative experience and, without any context or education about it, be scared off for good.

It’s crucial “to make the healthy choice the easy choice,” said Spurlock. When young children get involved in gardening and food preparation, they learn to turn healthy choices into long-term habits. “This investment in kids—it’s not just for the next 10 years, but the lessons and experiences that they learn now have the potential to benefit them for a lifetime.”

“We know that when kids don’t have access to healthy food, it plays out in the classroom,” said Ellie Agar, interim communications director for Hunger Free Colorado, explaining that nutrition  impacts everything from physical health—and more visits to the nurse’s office—to academic achievement.

“We’re really excited that Denver voters backed [the ordinance] so strongly,” she added.

It will be up to the commission to decide which organizations will receive funding from the ordinance—which also includes an explicit preference for food sourced or produced in the surrounding region.

Denver Urban Gardens is one likely recipient, according to Angelo, because they already work with schools throughout Denver. “They have gardens at schools, and then those gardens become teaching platforms,” he said, pointing to things like youth-run farmers’ markets that teach business skills in addition to a better understanding of where food comes from and how to cook and eat it.

But, he made it  clear that, “Nobody has been written in and, at the end of the day, it’s the commission that will make the decision.”

While the funds won’t begin to be allocated until mid-2019, Spurlock hopes it will help groups expand and deepen their work. For DUG, that includes stronger partnerships with Denver schools, a key focus for the organization. “There’s a lot of research out there showing that when kids grow their own food, they’re more likely to eat it,” she said.

“We tend to not take a one-size-fits-all approach,” she continued. “I think [the funding] would help us build our school programming out in a way that would be most beneficial to [each] specific community and school.”

Ultimately, Ordinance 302 posed a straightforward question for voters, says Angelo, adding that “the idea was, could we all pitch in a little to help the next generation of Denver kids an awful lot?” Their answer was a resounding yes.