Hold the Soy, Save the Pollinators | Civil Eats

Hold the Soy, Save the Pollinators

Ethnobotanist Gary Nabhan argues that instead of compensating soybean farmers for losses, we should pay them to plant native perennials to protect bees and butterflies. 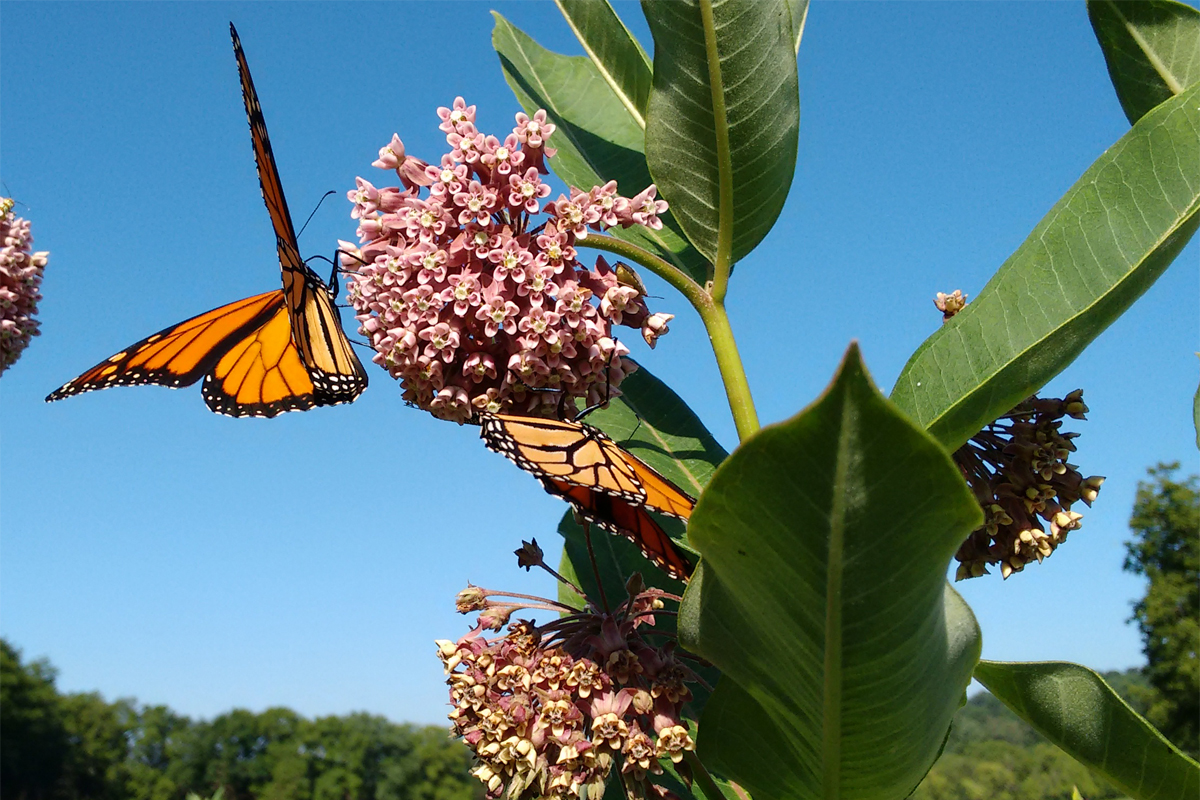 These are tough times for soybean farmers. As President Trump’s trade war with China drags on, retaliatory tariffs are clobbering soybean prices—and some farmers are selling their crops at a loss.

The federal government has stepped up to help: At the urging of Midwestern senators, the USDA is compensating farmers for some of their losses, shelling out $3.6 billion to soybean farmers so far. While the subsidy is appreciated, many soy farmers I’ve talked to see it as a politically motivated handout that won’t help them in the long run. They would rather work toward lasting solutions than accept a quick fix.

So, here’s a proposal. Instead of simply compensating farmers for their losses, let’s pay them to plant native perennials on land taken out of soy production. If we do that for a decade or more, we can help restore lifesaving habitat for monarch butterflies and bumblebees—saving these critical species from extinction, and protecting the future of American agriculture.

Pollinators are in deep trouble: some bumblebees have been listed as endangered species; the majestic monarchs, which have declined more than 80 percent in the last two decades, are likely to be listed next year. Pollinators are essential to the web of life—and to three fourths of all crops grown in the U.S. Their loss would be devastating for many American farmers. Moreover, if the monarchs are listed as threatened—a determination that must be made in 2019 — farmers will have to cope with tight regulatory constraints on how they grow their crops and use their land.

Habitat loss is a major cause of the pollinators’ decline. In part, that’s because millions of acres that were once part of the USDA’s Conservation Reserve Program (CRP), the federal program that pays farmers to set farmland aside, have been put back into corn cultivation over the last decade because farmers can get bigger subsidies for ethanol production.

Other habitat is threatened by commonly used agrichemicals. A recent report by the Center for Biological Diversity suggests that 9 million acres of monarch and bee habitats could be damaged by the off-target movement of the herbicide dicamba. Chemicals like dicamba and glyphosate kill native milkweed, which feeds monarch caterpillars.  We need 1.5 billion new milkweed sprouts to stave off further monarch declines.

The good news is that farmers are aware of the problem—and many are willing to help. In the 2016 Iowa Farm and Rural Life Poll, 81 percent of the farmers surveyed said they were aware of monarch declines, and 65 percent were concerned about them. A majority of the farmers said they would like to learn how to improve monarch and pollinator habitat on and near their land.

That’s not just idle talk. Since 2008, the Xerces Society has trained more than 120,000 farm professionals in pollinator habitat conservation and restoration; many more have participated in workshops facilitated by the federal government, universities and non-profits. According to Mace Vaughan of Xerces, those efforts have helped restore more than a half million acres of wildflower-rich habitat on working farms across the U.S.

The current trade crisis offers an opportunity to greatly expand these efforts. Given the falling price of soybeans, we could see 6.7 million fewer acres planted in soy next spring.  While many farmers will switch to corn, cotton, or another crop, some of that acreage may remain fallow due to the high transition costs of planting other crops. If even a portion of that land was restored as habitat, we might be able to save pollinators from extinction.

The 2016 Iowa farm survey revealed that a quarter of the farmers were on board to plant as much as 4.8 acres with native plants each, if they could receive full reimbursements for planting and maintaining pollinator habitats. Extrapolated out to just a quarter of all of the 300,000 current soybean farmers in our country, that would suggest that more than 360,000 acres of pollinator habitat could have been voluntarily planted even before the tariff wars began.

Imagine that the current incentives (CRP funds, National Fish and Wildlife Federation grants, and Monarch Collaborative grants and contracts) support farmers to ramp up the plantings to 360,000 acres of additional pollinator habitat for each of the next five years, supporting 900 million additional monarchs in new milkweed-rich pollinator habitat.

But we don’t need to stop there. To save the monarchs—and prevent their listing as an endangered species—we’ll need as many as 1.8 billion additional stems of milkweed plants in North America, according to a recently published U.S. Geological Survey (USGS) study. Scientists with the USGS found that a total of 3.6 billion milkweed stems are needed in the landscape to reestablish a stable monarch population, but only 1.34 billion stems remain in the U.S.

Next year, farmers are expected to plant 82.5 million acres in soy, down from 89.1 in 2018—a decline of 6.6 million acres. If they plant 500 milkweed stems on just over half of those acres—3.6 million—we’d have the needed 1.8 billion milkweed stems to assure a viable monarch reproduction and successful migration.

Since soy farmers say they don’t just want a handout, let them get paid for bringing back pollinators instead. Soy farmers received a substantial cash infusion from taxpayers to ease their suffering from the tariff wars. And that was on the heels of U.S. farm policies that facilitated 17 straight years of growth in sales of soy to China.  That two-decade surge in the proliferation of herbicide-resistant soy came at the expense of much needed pollinator habitat in the Midwest, and in particular, at the cost of imperiled monarchs.

It’s time for the 300,000 soy farmers in the U.S. to sing for their supper. I  propose that bean farmers given cash infusions be mandated to put a percentage of acres formerly reserved for soy into pollinator habitat, using funds from NFWF, NCRS, the Monarch Collaborative, and industry to support monarch and bee recovery over the next five years.  The percentage should be calculated to ensure adequate habitat for the monarchs and other pollinators.

Today, farmers and pollinators are both in trouble. By diverting a portion of farm subsidies and wildlife conservation funds to support monarch habitat restoration, we can ease the financial strain on soybean farmers, while saving the pollinators on which we all depend.