Conserving and restoring American forest, farm, and natural lands could cut a fifth of U.S. emissions—equivalent to emissions from all U.S. vehicles. 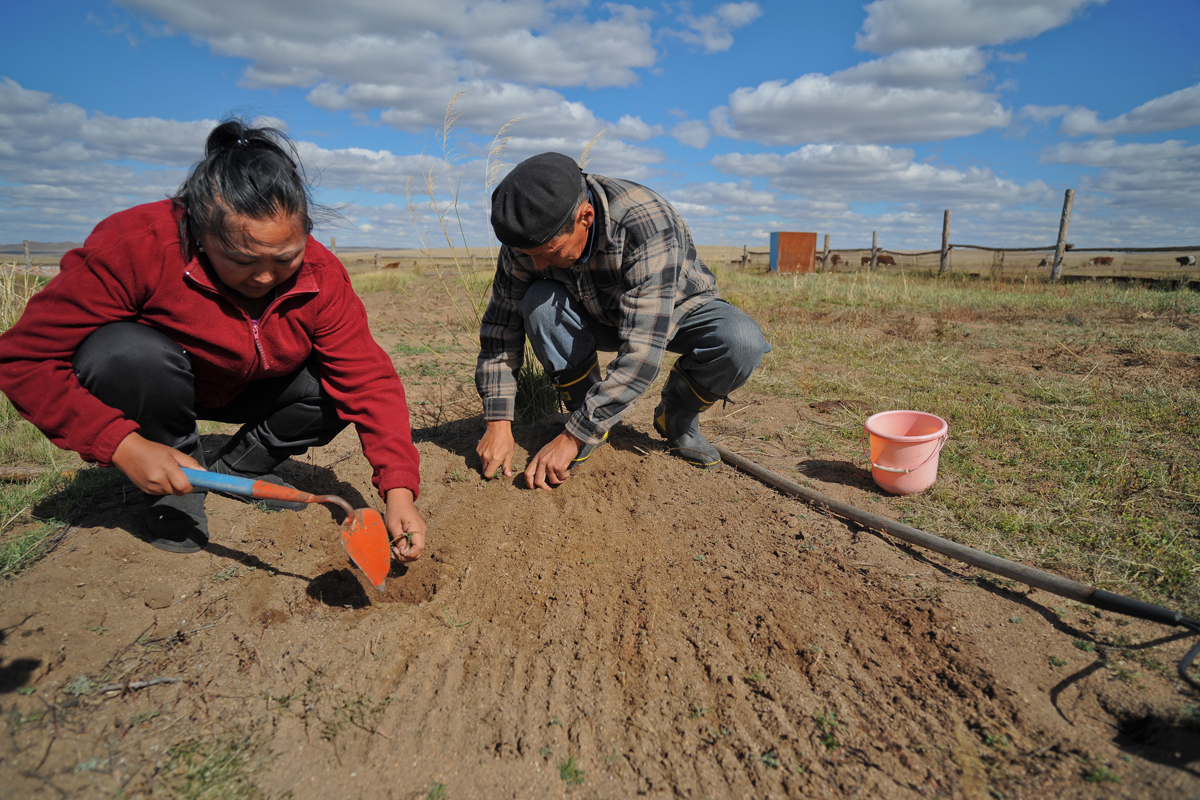 A team of 38 researchers spent more than two years looking at “natural climate solutions”—a range of strategies that includes planting trees in cities, preventing the conversion of natural grassland to farmland, and shifting to fertilizers that produce fewer greenhouse gas emissions.

In a study just published in Science Advances, researchers report that these solutions, if deployed across agricultural lands, forests, grasslands, and wetlands, could mitigate 21 percent of the country’s net annual greenhouse gas emissions, getting the U.S. closer to meetings its goals under the Paris climate agreement.

“It’s the same as if every car and truck in the country stopped polluting the climate,” said Joseph Fargione, the study’s lead author and the science director for  The Nature Conservancy North America region. “There’s much bigger potential than most people realize.”

Importantly, the study finds that these cuts could happen at relatively low costs. In order to meet the goals of the Paris agreement, carbon would have to be priced at $100 or more per megaton, the report said. But the report finds that many of these solutions cost a fraction of that—or nothing at all—and have additional benefits and incentives, including cleaner water, better air, and more productive soil.

“There’s a range of reasons that people might choose to invest in these natural climate solutions beyond carbon,” Fargione said. He pointed to the wildfires raging in California, and noted that certain forest-thinning practices not only store carbon better but also reduce wildfire risk.

The authors say their findings prove that developed countries—especially the U.S., one of the largest greenhouse gas emitters—should adopt land-based strategies, which are as crucial for stabilizing the climate as reducing greenhouse gas emissions from power generation or transportation.

Their report comes weeks after another authoritative report, from the Intergovernmental Panel on Climate Change (IPCC), reached similar conclusions. The IPCC found that countries must find a way to reach net negative emissions to keep global warming in check, and it homed in on agriculture and land-sector strategies as cost-effective, near-term solutions for storing massive amounts of carbon.

The Potential of Reforestation

Researchers have looked previously at the potential for agricultural, forested, and other lands to store carbon, but this study is the first to assess the potential of all these landscapes in the U.S., and with updated, comprehensive data, Fargione said.

“We defined 21 distinct natural climate solutions,” Fargione explained. “We looked at all the opportunities or pathways that were available and demonstrated in the scientific literature.”

The researchers found that reforestation had the single largest maximum potential to store carbon or take it up from the atmosphere—nearly 307 million metric tons. Most of the potential lies in forests in the Northeast and south-central regions of the country. “Natural forest management” strategies, which include extending harvest cycles or reduced-impact logging, could mitigate an additional 267 million metric tons. (The researchers calculated the overall net emissions of the U.S. as 5.8 billion metric tons, factoring in existing carbon sinks.)

Solutions in the Soil

The researchers looked at a number of solutions in agriculture, including avoiding the conversion of grassland to cropland, using cover crops planted in the off-season that add carbon to the soil, and using fertilizer more judiciously. The solutions also included biochar—a form of charcoal made from a number of sources, including agricultural residue, that can be used to build healthier soil—and the practice of “alley cropping,” or planting trees between crops.

Altogether these agricultural practices have the potential to mitigate nearly 440 million metric tons of carbon dioxide a year, the researchers found.

The authors, who come from 22 different groups and institutions, were conservative in their estimates. They also didn’t factor in lands considered necessary to produce food and fiber.

But, even within these limitations, the researchers found that more than 12 million acres of cropland could be restored to grasslands, forests, and wetlands, without impacting food production. That’s an area roughly the size of the acreage taken out of the Conservation Reserve Program, run by U.S. Department of Agriculture, which pays farmers to take environmentally sensitive, “marginal” lands out of production. Since its peak enrollment in 2007, farmers have disenrolled millions of acres, choosing instead to plant on the land because of high crop prices.