A new generation of Native Americans is celebrating its food culture and promoting good health—with the help of social media and YouTube-friendly videos.

Andi Murphy made her first online instructional cooking video after noticing that people in her New Mexico community had been given wild rice—an ingredient that’s indigenous to the Upper Midwest—as part of a commodity foods program. “If you just dump wild rice on a bunch of Navajos in the middle of the reservation, they’re like, ‘What’s this?’” says Murphy.

The 29-year-old Albuquerque resident, a member of the Navajo tribe, has worked as a food writer and photographer and hosts a podcast called Toasted Sister celebrating chefs and farmers from around the country involved in creating and preserving Native American foods.

Murphy hoped to get people in her community excited about cooking wild rice, so she shot some simple footage of a method that calls for chicken stock, butter, cranberries, and toasted pine nuts. The video received hundreds of views in just a few days.

Since then, she has made similar short videos of herself making pine nut pie and amaranth corn pudding. The goal, Murphy says, is to show how easy it is to prepare traditional ingredients from scratch. “I want to show the beauty and simplicity of Native food,” she adds.

At a time when many Native American communities are plagued by long drives to grocery stores and high rates of diet-related illnesses—Native Americans are twice as likely as white people to have diabetes, and the American Indian heart-disease death rate is 20 percent higher than other Americans—Murphy’s work is part of a wider trend among young people to share Native food culture.

For Gladstone, a 24-year-old member of the Blackfeet tribe in Northern Montana, promoting Indigenous food is not just about the joy of cooking, it’s about health and survival.

While it can take as long as 40 minutes to reach the closest grocery store in her area, Gladstone believes that the land her family lives on has the ability to feed her community in ways that a supermarket cannot. She describes freezers stuffed with wild game that her cousins hunted, big rainbow trout from the lake, wild licorice, berries, and edible greens growing right outside her door.

“Our ancestors did not have grocery stores and were able to survive,” she says. “Blackfeet are lucky to be on our homeland, so our stories connect with that environment and we still have the traditional plants and animals,” she says.

According to Gladstone, Native American people are very active on Facebook, and her videos are made specifically for social media—she refers to them as “digital moccasin telegrams.”

A-dae Romano-Briones, director of programs for Native Agriculture and Food Systems for the First Nations Development Institute, agrees that Native food is receiving newfound attention, and she sees is as part of a larger continuum. 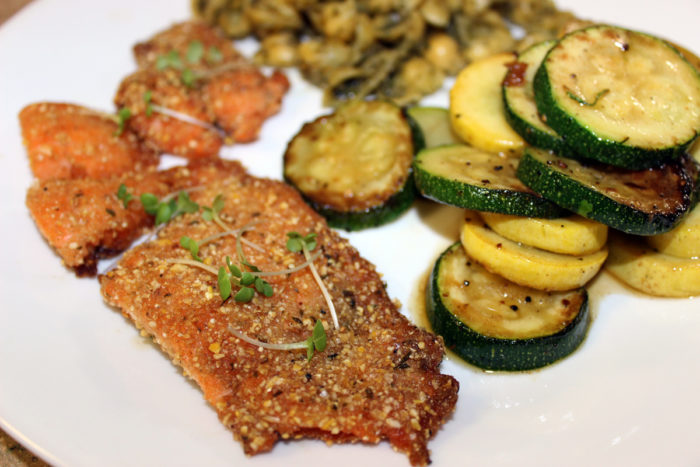 She thinks that social media is shining a new light on what’s been there the whole time. Tech savvy young people are “finding new ways to tell the stories that we have told for generations,” she adds.

Romano-Briones is also helping to produce an upcoming movie called Gather that celebrates Native food culture. (Civil Eats has partnered with the Gather team to publish a series of articles about Indigenous foodways.)

She believes that as regional food cultures have been popularized across the U.S. in recent years, many stories about Native communities have been largely overlooked.

“The movie is meant to share stories of Indigenous communities and their long-standing relationships with food and their fight to continue to have access to their traditional foods,” she says.

Overcoming a History of Trauma

For Gladstone, upholding Indigenous food is partly about healing from a history of trauma. The processes of colonialization and the genocide of Native peoples across North America was mirrored by the devastation of the plants and animals that Native Americans had long relied on for sustenance and spiritual companionship.

Romano-Briones, who is from the Cochiti Pueblo in New Mexico, says that when her community’s agricultural land was flooded by the Army Corps of Engineers in the 1970s, it was devastating. “I grew up in a time when people were asking themselves, ‘Can we exist without being farmers?’ And the answer was, ‘No, we can’t.’ As people, we are so connected to our food; that’s what makes us Indigenous,” she says. 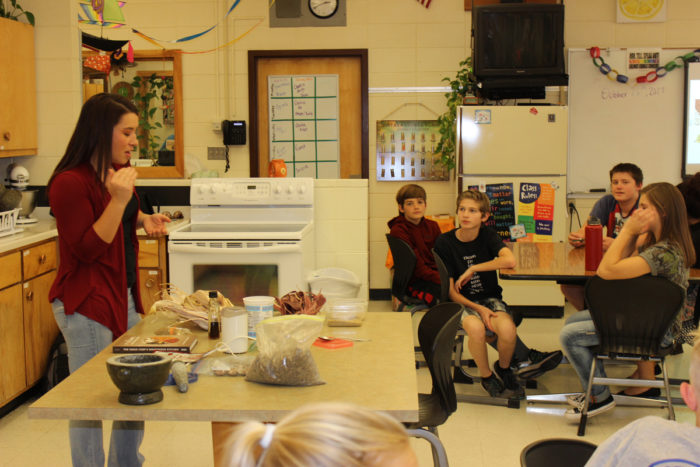 The 20th century is rich with other examples of government projects destroying Native American and Alaska Native food sources, such as the Grand Coulee Dam in Washington, which devastated salmon populations in the Columbia River in the 1930s, and the Kinzua Dam, which forced the relocation of hundreds of Seneca people from their native land in Pennsylvania in the 1960s.

And many Indigenous communities across North America continue to fight for their land, including water protectors resisting pipeline development at Standing Rock in North Dakota; the Yurok and Hoopa Valley tribes suing the U.S. Department of the Interior over their management of the Klamath River in California; and First Nations communities in Canada fighting against the Kinder Morgan pipeline and other fossil fuel industry developments in defense of their traditional lands.

Gladstone believes that the trauma of genocide and the devastation of food-giving landscapes had a large impact on driving poor health outcomes in her community, as evidenced by disproportionate rates of diabetes and cardiovascular disease. “Right now, 50 percent of Native kids are expected to get Type 2 diabetes in their lifetime,” she says. “That’s a staggering statistic.”

But, she adds, the persistence of Native food culture—now with the help of social media—is an indication of the resilience of Indigenous communities. “These foods have survived in the face of incredible environmental disaster and near-extinction—like we have, and that’s a testament to our resiliency.”