Four Chefs Share the Importance of Feeding Your People 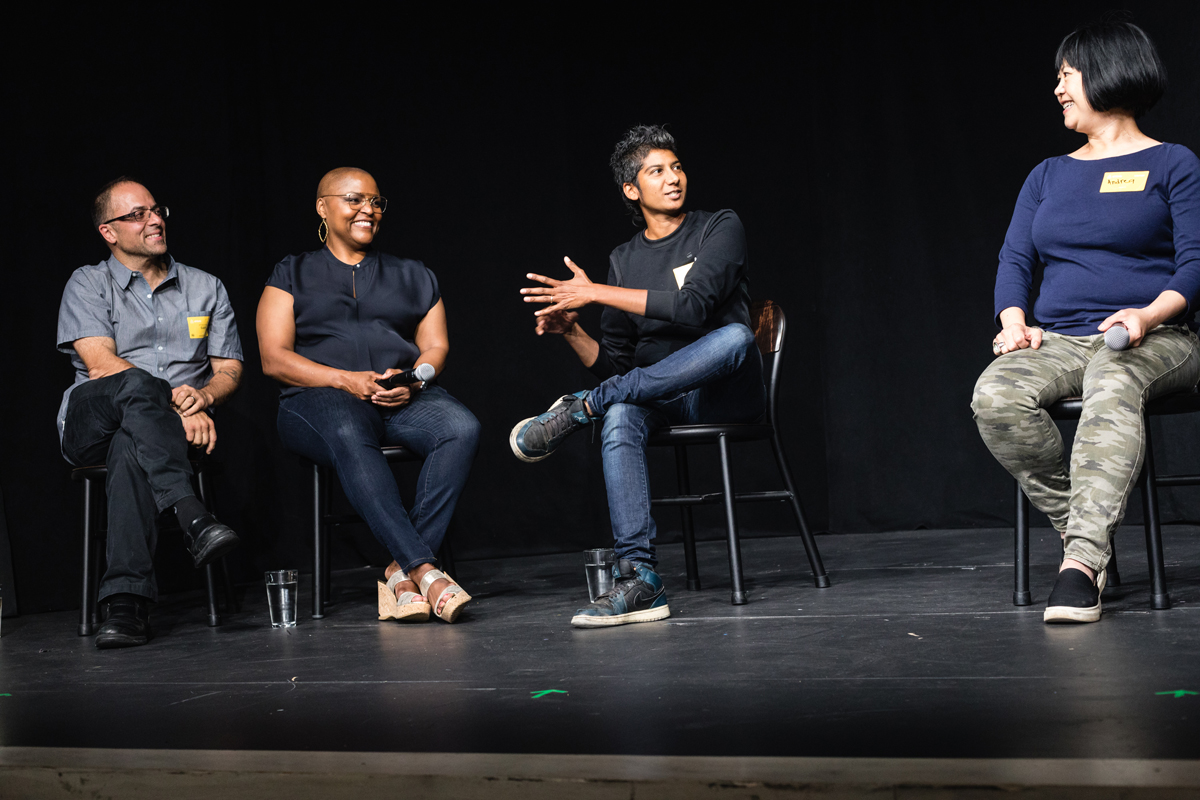 The idea for Leslie Jonath’s new cookbook, Feed Your People: Big Batch, Big Hearted Cooking and Recipes to Gather Around, was born—ironically—from an experience she had eating solo. One night, she decided to attend a meal at 18 Reasons, a San Francisco nonprofit that provides cooking classes to low-income residents and hosts monthly community dinners. As a single diner, Jonath was a bit shy at the beginning of the meal, but it didn’t take long for her to feel the warmth of community inclusion. 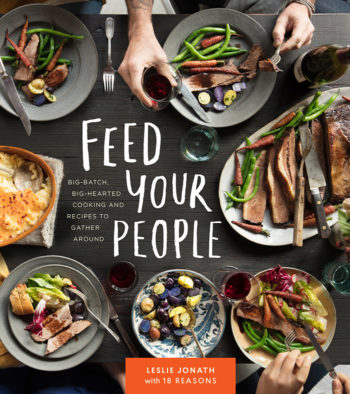 “The experience confirmed my feeling that there is no easier way to meet and connect with people than at the table,” she writes in the book. That light-bulb moment, in fact, paved the way for a partnership with 18 Reasons and the collaborative creation of a “modern community cookbook,” which features recipes and practical instructions from 60 chefs on how to cook for large groups of people.

On a recent weeknight, another community of people gathered in San Francisco—this time at Airbnb headquarters—to eat a meal together and hear from a panel of four local chefs who contributed to the book: chef and author Preeti Mistry, cookbook author Andrea Nguyen, chef Tanya Holland, and chef and business owner Sam Mogannam. The discussion, led by Airbnb’s food program manager, Regine DesRoches, explored the topic of just what community is, and how food creates, maintains, and strengthens communities. An edited and condensed transcript of the conversation follows.

Regine DesRoches: This question goes to everybody on this panel. How do you feed your people? Is there a special dish or special gathering that feels like an opportunity for you to show love and friendship?

Andrea Nguyen: I feed my people in a lot of different ways and sometimes my people is just my husband. He is one person, but he is also my people. My neighbors are my people, so I feed them by giving them a lot of stuff that I am recipe testing. That’s one way to feed them.

Another way is to invite people over. A dear friend of ours had a fire recently. So I texted him and said ‘I’m so sorry about the fire, and if you want to come over anytime, let’s do it.’ And he said, ‘Let’s do it!’ And he said, ‘When I think of you, I think of dumplings. Can I come over and can we please make dumplings?’ So I set things up, made all the fillings and doughs and he came over and he brought champagne and everything was tremendously better by the end.

Preeti Mistry: As an [Indian] immigrant, I grew up thinking of American food as really exotic because it was not the food that I ate at home. 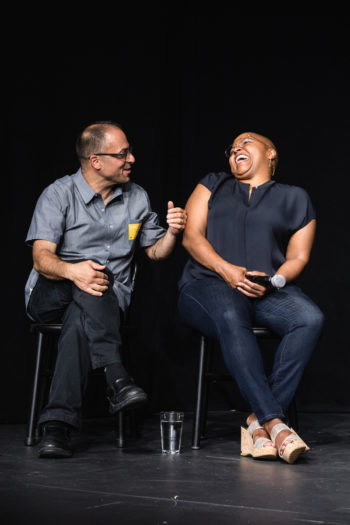 I really love cooking this super North American traditional Thanksgiving and doing everything, even the cranberries. Nobody eats them, but still. Thanksgiving doesn’t have any religious affiliation. To me it felt like, this is for everyone. Mashed potatoes and stuffing and turkey and gravy, it was like all those things you see on TV that the American people eat like every day and I was so excited about that.

It’s those kinds of moments when I feel like I can do something elaborate and really make people’s days, make their evening, make them feel pumped by food.

Tanya Holland: Even though I went to school in France, I am greatly influenced by my mom: frying chicken and making gumbo and leaving the door open and making sure that anyone who needed a plate or wanted to eat would have it. And those are the most popular dishes at my restaurant.

And then gumbo too, that big pot of slow-cooked food I really enjoy. So those are two dishes I like to feed my people with.

Sam Mogannam: I learned to feed my people from my mom, and I think the most important ingredient that she cooks with is love. It’s the base for everything that I do. My mom was always willing to share, and she taught me how important it was to share whatever it is that you have and to share yourself. And, for me, cooking is that, right? And feeding is that. It’s sharing, it’s giving of yourself and connecting.

DesRoches: Andrea, as a teacher and expert on Asian food, how does the culture embrace big-batch food? Is it a part of the collective heritage? 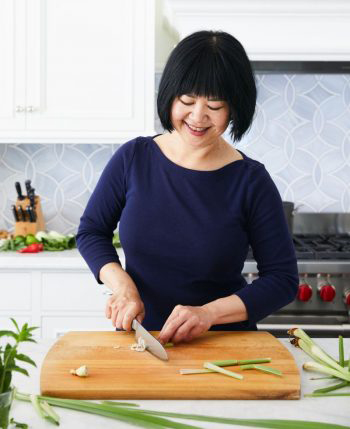 Nguyen: I think that’s inherent in a lot of Asian cooking. Because there’s so much damn chopping involved; so much prep work. And people traditionally didn’t have a machine, so you’re pounding and chopping and squatting on the floor … But there’s a thing about communal cooking, communal prepping. All the food is labor-intensive, but the labor is reduced because you’re spreading the work out. And it’s not even work because it is time to share and you’re gossiping. When I was growing up my mom had a family of seven to feed and when we fled Vietnam, she packed a little orange notebook with handwritten recipes. My sisters and I became her little minions. We cooked together, with my mom overseeing these projects. And my brother, she’d send him out with a machete to get a piece of a banana leaf from the front [yard].

DesRoches: Preeti, so you have a fascinating background. How has your community influenced you in your unique expression of cooking, and what have you done to shape your community in return?

Mistry: As an immigrant community, food is so important: It’s really what binds us. I think about when my father moved to the United States before my sisters and my mother and his first friend was the other Gujarati doctor at the hospital, and his wife was there. So they were like, ‘Hey, come to our house for dinner.’ And my parents really paid that forward as they got older. My mom’s a pretty good cook. And they were known as good entertainers. People always had a good time at their house. 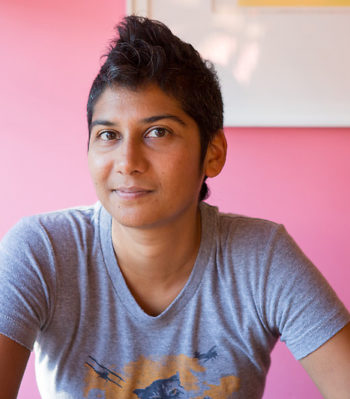 My wife and I met when we were really young, in our early 20s. We went to San Francisco and we didn’t have any money. I realized I couldn’t survive on burritos and slices of pizza, and I started missing my mom’s cooking. I grew up eating from-scratch meals five, six nights a week.

So I started cooking, and we would have friends over and it just kind of came naturally to me. And the entertaining part came really naturally to my wife … It kind of created this community. Ann and I really felt proud that we were the household that everyone wanted to come to and they felt really taken care of while they were there. And then people were like, ‘You guys should really open a restaurant.’

I feel like it really has translated well into our lives: I see my parents and the community around them. And for us it has become the Oakland community, which is a very diverse community. The queer community also really seemed to find Juhu as a place that spoke to them.

I’m sure some of you remember the pride weekend when the Supreme Court legalized same-sex marriage in the whole country. And all of a sudden all these people just started showing up: friends, friends of friends, and random queer people that we didn’t even know. People just felt like this was a place they wanted to come to celebrate this moment and to be in a community. I remember I was working the line and I texted my wife, ‘I think you should get down here right now … and experience this moment.’

I feel this same sort of emotional pride in bringing my community—a community that’s mostly women of color, queer, in Oakland, and their friends and neighbors and allies together—that my family feels with their Indian community in Ohio.

DesRoches: Tanya, how did your upbringing lead you to choose to create Brown Sugar Kitchen in such a way that it feels like a community? Was it your intention from the very beginning?

Holland: I tried to come up with a concept that reflected the neighborhood. Living in Oakland, I saw this largely African-American population and I felt like the eating establishments were not representing that population well. My goal for years was to highlight the cuisine of my heritage. 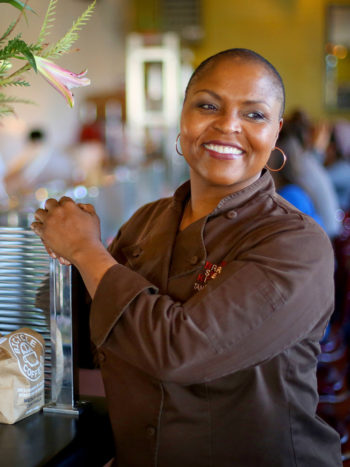 I’m not a child of an immigrant; I’m a child of a formerly enslaved people. And so…it’s a very different dynamic, especially the baggage that’s associated with the cuisine. And, you know, soul food for so long has been looked upon as bad for you, ‘It’s all fatty, it’s this and that, it’s causing obesity.’ And so I had to deal with that a lot opening up. But clearly, people got over that and because my intention is diversity, I always aspired to have a larger restaurant and I wanted everybody to feel like they could come in because I didn’t want one group to take over, and every day I don’t take for granted how diverse the population is in my restaurant: of gender persuasion, color, ethnicity, age, socioeconomic levels. And it’s because that’s my intention. I welcome everyone and I create this community. My parents always told me, ‘Everyone is welcome.’ So I just kind of carried that through with me and that’s how I connect with other people in this world. So it’s just authentic.

DesRoches: Sam, your mission is to create community through food. At Bi-Rite Market you create community in every aspect of the business, from how you work with farms and vendors to your employee culture and day-to-day operations. Can you give us a specific example of something that you’ve done that has had a positive impact on the community? 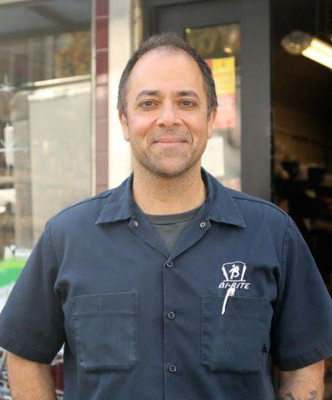 Mogannam: The example that I want to share is 18 Reasons. It’s really top of the mind for me because we’re celebrating our 10th anniversary.

18 Reasons started off at this tiny little 200-square-foot space. We started playing around in the space and feeding people, bringing in some of our producers and giving them a chance to connect with the people that they’re actually feeding on a daily basis. It’s so hard for a rancher or a cheesemaker or a winemaker to truly connect with the people that are consuming their food. So many farmers love going to the farmers’ market, that’s their opportunity to connect, right?

We’d work all day and then go and do these events at night and quickly realized that our neighborhood, our community, really needed space to connect like this, around a big table where you can look at each other in the eye, enjoy a glass of wine, and share a big plate of food. It was physical, it was real, it was emotional. We started to expand the program, we started teaching kids and teens, and five years in we were fortunately able to merge with another awesome organization, Three Squares, and then we really began to run the programming and teaching beyond 18th Street.

We’re in the entire Bay Area, teaching 3,000 students for free outside of our 18th Street classroom basic nutrition, basic cooking, and giving them a space to find that pride to connect with other people, to eat a nutritious meal. Our students graduate and they get a certificate, and for many it’s the first time they are recognized publicly for doing anything.