After selling his legendary Star Route farms for $10 million to the University of San Francisco last year, Warren Weber is ready for his next gig.

If you’re a farm nerd like me, Warren Weber is something of a rock star. Weber, now 77 and semi-retired after decades of organic farming in California, doesn’t remember me fawning over him more than 15 years ago as I made a cross-country pilgrimage to visit his jewel-like Star Route Farms, the oldest organic farm in the state, nestled in the tiny, oceanside town of Bolinas, California.

But for me, and many people, Weber—who founded the farm in 1974, and a year before helped craft the state’s first organic certification standards—defines the history of organic farming in California. His commitment to sustainable practices, and his involvement in organizations such as California Certified Organic Farmers (CCOF), the Organic Farming Research Foundation (OFRF), Marin Organic, and the Marin Agricultural Land Trust (MALT), make him a hero to many.

Last year, Weber and his wife Amy sold the 100-acre farm to the University of San Francisco (USF) for $10.4 million, and when I spoke to him recently, he was happy to report that the entire operation, including the staff, farmworkers, crops, and accounts remain the same a year later. USF will utilize Star Route Farms for occasional academic use (faculty will use it for teaching purposes, field trips, etc.) beginning in spring 2019. 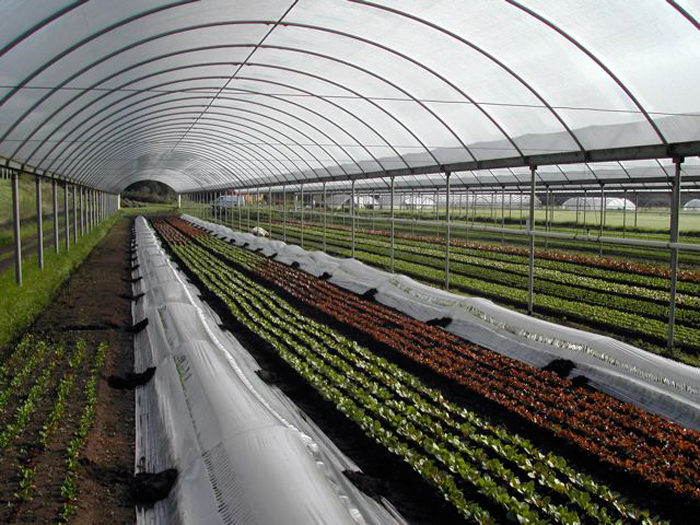 Since then, Weber has moved off the property, but continues to lease their land in Coachella Valley and spends his time consulting with farmers on succession and other farming issues. He wants people to know he’s for available to consult for hire and pro bono; he’s eager to help continue to forge the future of food in California. Anyone who cares about agriculture in California should put Weber on speed dial.

Weber spoke on a panel last month at the Center for Urban Education about Sustainable Agriculture (CUESA) with Alice Waters, third-generation peach farmer Nikiko Masumoto (who is also the daughter of author and peach farmer Mas Masumoto), and others about the future of organic farming in California, the challenges of farming in the state, and what it takes to make it as a farmer in 21st-century California.

Civil Eats spoke with Weber after the panel about what’s keeping him busy, if he misses farming, what his life is like now, and what’s next.

Your farm sold for $10 million. Do you think that raises questions about the larger landscape and what it takes to keep high-dollar land in agriculture?

It’s a challenge, but it also depends on what part of the state you’re in. The market value of land has typically always been ahead of its agricultural value. It’s one of the reasons that commercial agriculture land is leased out; we have a lot of commercial farm land that’s leased out in the state. The best way to operate as a farmer is to lease. It works because people can get long-term leases (five or 10 years) and that’s long enough to establish yourself. If you’re doing permanent crops, like orchards or grapes, it’s harder to justify a shorter lease.

I did this in the desert in late ‘80s, early ‘90s; I started leasing there, as the business developed, and then I was able to take on a mortgage, and have enough profits to own the land. But a farmer may end up leasing forever.

The Bolinas farm is really an urban farm, and it drove up the cost. It didn’t have to be an institutional buyer; it could have been a family, but if they wouldn’t have known how to farm, they could have leased it out. We looked for a long time for a buyer, [we talked to] land trusts and other individuals; I went through a lot of different scenarios.

There are all sort of different kinds of farms. And there was no reason that Star Route needed to be replicated by the next person; it didn’t need to be the university to do so. There was a lot of different potential there and a lot of possibility to grow lots of different crops. I had an idea of growing mushrooms in the extensive woods there. And we thought a lot about creating a Stone Barns Center for Food & Agriculture, with a chef like Dan Barber there as well.

What advice would you give to a new or young farmer today?

At any level of farming, it has its challenges. The margins are difficult because of the nature of the price of food. It’s a sustainable nut to crack. [I’d advise a new farmer to] look at how you’re really doing [financially] and be aware of it. You could be caught short at the wrong time when something happens, either in the marketplace or on your expense side or if you lose your crop, or there’s competition. If you can live with those margins, it’ll work out. But you’ve got to be a good business person. That’s one of things that Farmlink does so well; they’re focused on helping farmers to be better business people.

What’s your take on food tech?

On one level, it’s kind of scary. I just believe that we really need nature in our agriculture. Organic farming is based on soil organisms creating nutritious and healthy food. These high-tech efforts—growing in a soil-less medium, or inside of a factory with artificial light, just giving the plant the spectrum of light it “needs”—that’s a brave new world and I’m not too fond of it. There’s “culture” in agriculture and that means biodiversity in our farming. I’m just old-school, I guess. 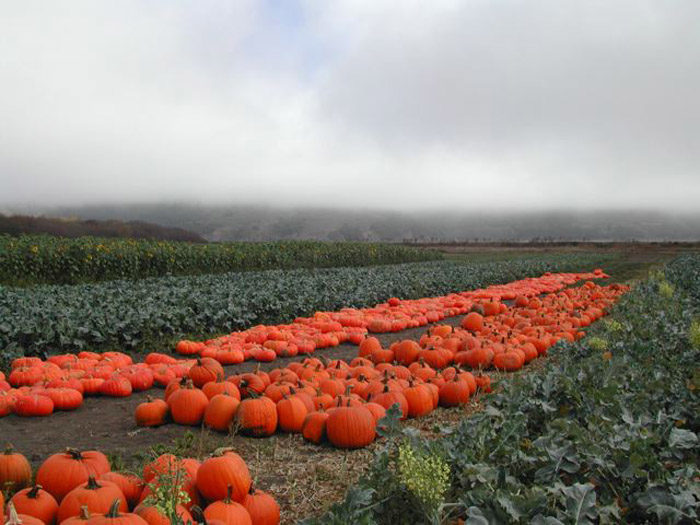 There’s always been tension between agriculture and environmentalists. And there are folks who think that growing food like this is better for the environment, but we need to find a balance between our natural resources and those used for food production. I don’t know how that battle will play out.

How do you feel about not farming every day?

I miss the farm. A lot of it was the aesthetics of the farm, but I miss the people. I do not miss the responsibilities, however; it got to be too overwhelming. Especially in California; the regulatory environment is difficult, and so are labor, water, and environmental issues.

What do you see as the future of food and farming in California?

People eat. Unless we start eating pills and ersatz food, people are going to want to continue to eat organic food. It has challenges, but it has a great future ahead of it. Fashions and business cycles swing. We might swing into some unfortunate phase, but organic agriculture has really proven itself. We can look back and say, yes, we can grow organic crops commercially, and we can grow almost every crop, and from a cultural point of view, we’ll always have young people who will want to do it. And that’s all we need, young people who want to do this. I’m optimistic.

Top photo: Warren Weber, profiled in The Lexicon of Food.