Renewing a Vision for Rural Prosperity

By Mary Berry and Debbie Barker 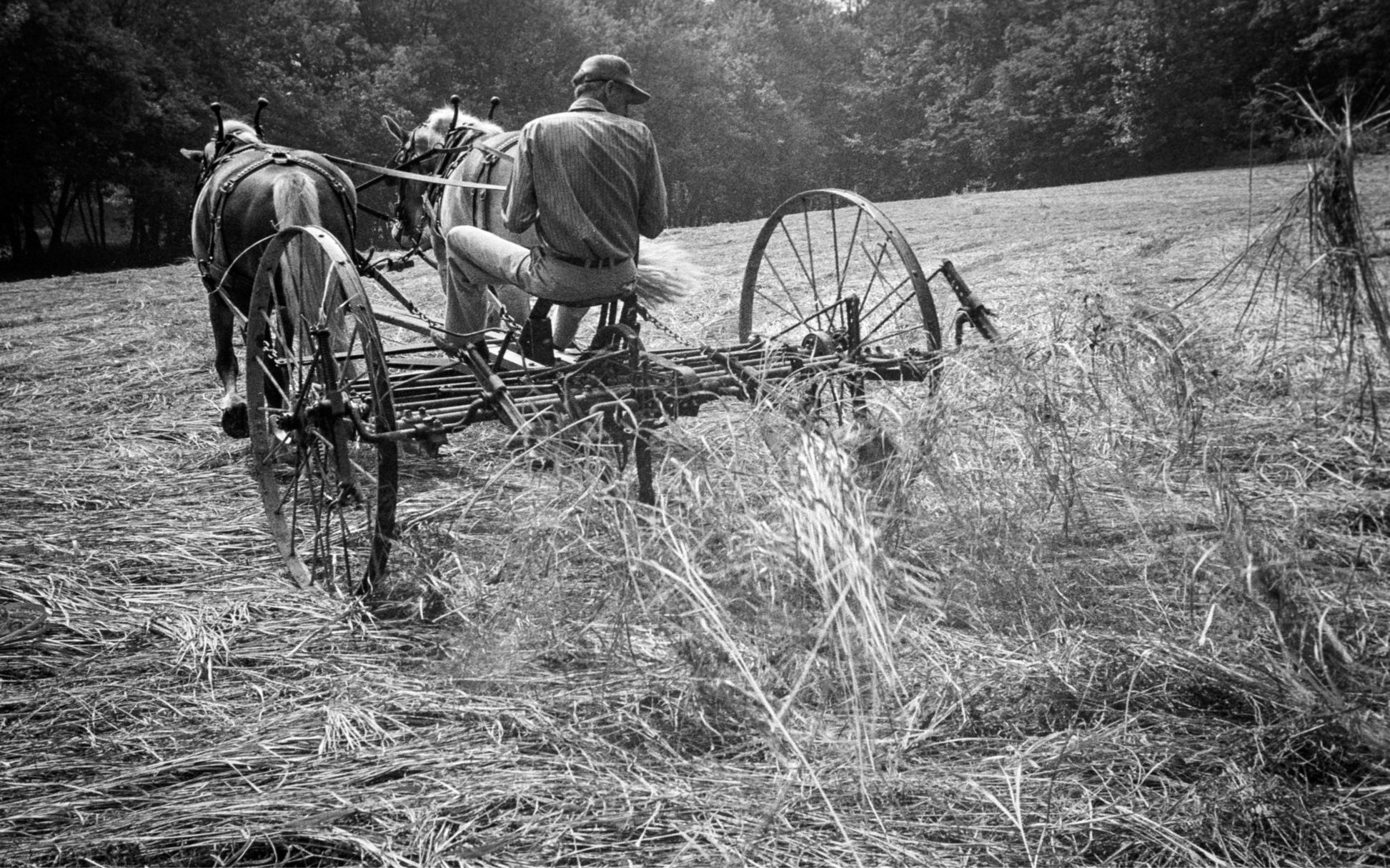 “We see the hideousness and the destructive-ness of …the kind of mind that can accept and even applaud the ‘obsolescence’ of the small farm and not hesitate over the possible political and cultural effects; that can recommend…tillage of huge monocultures … massive use of chemicals … and not worry at all about the deterioration or loss of soil. For cultural patterns of responsible cooperation we have substituted this moral ignorance, which is the etiquette of agricultural “progress.”

~Wendell Berry, The Unsettling of America

In 1978, Wendell Berry (Mary’s father and Debbie’s mentor and friend) sounded the alarm about what was happening in farm communities all around the country. Unfortunately, the state of agriculture is even worse today.

The high turnout in rural areas to vote for Donald Trump not only reflects the increasing urban-rural divide, but it reflects the same unsettling Wendell Berry spoke of—and its impact on democracy, social civility, and political discourse.

The despair is palpable—the suicide rates among farmers and farmworkers in the U.S. are among the highest in the country.  Trump’s trade policies have hit many farmers hard (and many smaller operations won’t benefit from the $12 billion relief package announced last month). Opioid addictions in rural counties are three times higher than in urban counties, and rural Americans are dying from drug overdoses at a faster rate than urban Americans. Increased soil erosion and degradation, polluted water sources, and disappearing forests are evidence of the tragic harms caused by industrial farming, real estate development, and other endeavors marketed in rural regions with promises of economic prosperity.

The dismantling of agrarian economies and communities is at the heart of this unsettling. So what will it take to build healthy local food and farm economies, landscapes, and cultures? Perhaps some of our experiences working in farming and policy can offer some insights.

I (Mary) and my husband, Steve Smith, have been farming in North-Central Kentucky all of our adult lives. We both farmed within a federal program that was first launched as part of New Deal reforms in the 1930s—the Burley Tobacco Growers Co-operative—and also  supplied local products for local markets. Steve started the first CSA in Kentucky and I raised and processed pastured poultry and grew organic vegetables for farmers’ markets. When the Burley Co-operative ended in 2004, we worked to ready ourselves and our farming community for the end of the tobacco economy. We had high hopes that a new local food system would emerge to sustain operations like ours. But that hope turned out to be naïve: the infrastructure and customer base willing to pay what the food was worth just didn’t materialize.

The reality is that while some—mostly urban and suburban—communities can support a limited number of small- and medium-scale local and organic farmers, the vast majority of us, particularly in the middle of the country, are locked out. Despite the increase in farmers’ markets, the growing availability of organic foods, celebrity chefs who add farmers’ names to their menus, and lots of good intentions on the part of consumers, most farming in this country has not fundamentally changed in the last decade.

Today, less than 1 percent of our population farms for a living. Only 16 percent of small family farms earn the majority of their household income from farming.  While working on federal and global policy fronts over the last few decades, I (Debbie) witnessed how federal and global policies increasingly benefited big, industrial agriculture corporations. Trade and agriculture policies in particular have resulted in a handful of companies now controlling pricing and the supply chain.

This has left no place for small- and mid-sized farms—those who bring in between $50,000 and $500,000 a year. These are the farms we’re losing the fastest and the farms that could be filling our local grocery shelves. Not all small farms can afford to specialize to develop community supported agriculture (CSA) subscriptions or participate in farmers’ markets. And mid-sized farms can only grow bigger by taking on massive loans, often to build large animal feeding operations or produce commodities where pricing is controlled by a handful of consolidated, global corporations. These corporations roam the world in search of cut-rate labor and the lowest environmental standards in order to produce the cheapest food.

Many believed that increasing sales of organic foods, once considered the backbone for building local food systems, would be a boon for farmers. And for some it has been. But the global organic industry—mimicking practices of industrial agriculture—simply bypasses most domestic farmers. Consider that the value of U.S. organic exports was $548 million in 2016, while our organic imports were at $1.65 billion. While some of the imports include high-value items that can’t be grown in the U.S.—bananas, coffee, etc.—we also import many organic foods that we grow conventionally in this country. For example, we import organic corn and soy even though these are the two largest industrial crops grown in the U.S.

So how do we begin to build local, healthy farm and food models that are economically viable in the shadow of an entrenched giant, globalized ag industry? In today’s political climate, this is going to have to be grassroots work. That work starts with new infrastructure systems that allow farmers to afford to keep farming.

Producer’s Program—Reviving a Model From the Past

In Kentucky and seven other states in the mid-South, the Burley Tobacco Growers Co-operative, also known as “the Producer’s Program,” provided a fairly stable and equitable economy for rural communities from the mid-1930s until 2004.

The Program—led by John Berry, Sr. and later John Berry, Jr. (father and brother, respectively, to Wendell Berry)—organized regional cooperatives and established essential tenets of production control and parity pricing, which meant that farmers received enough money to cover the price of production and provide an equitable, fair profit. It allows for pricing to be adjusted based on farm input costs, which can go up or down from year to year.

With the passage of the Agricultural Adjustment Act (AAA) in 1933, and then a revised version in 1938, the government provided powerful backing for the farmer co-ops, which had struggled mightily against the tobacco industry cartel. Federal and state governments worked with and on the behalf of farmers of all sizes to provide long-term stability. 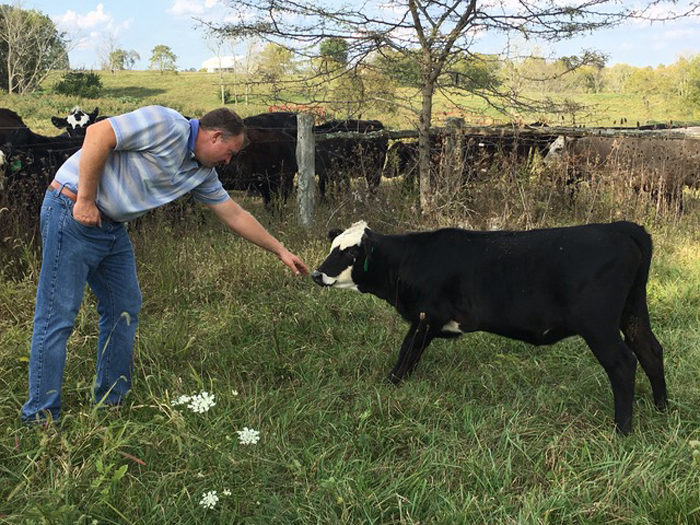 Livestock farmer John Logan Brent with one of his cows.

The Producer’s Program established production quotas (for each farm) and set pricing. The widespread participation in the Program gave farmers a say in their destinies; it gave them an asking price. “When producers of commodities have no asking price, the result is plunder of both land and people,” Wendell Berry wrote in The Art of Loading Brush.

Small- and middle-scale farming was viable and, as a result, there were hardware stores, restaurants, banks, pharmacies, and grocery stores in towns that now have mostly boarded-up storefronts. While tobacco was the crop that provided economic stability, the Producer’s Program enabled a diverse farm and food economy as well—including dairy, grains, vegetables, and livestock. And while tobacco turned out to be an indefensible crop, the Producer’s Program still stands out as a model of how to sustain these farms and communities.

The Producer’s Program ended in 2004 with the passage of the misleadingly named Fair and Equitable Tobacco Reform Act. The demise of the program was linked to several things—the role of technology in farming, increasing dominance of the “free market” creed, the tobacco industry’s political persuasion (most often in the form of campaign contributions), among other pressures. And while tobacco is indefensible in terms of its unhealthy uses, it is worth reflecting upon society’s replacement of small-acreage tobacco crops with highly toxic, massive, and erosive corn and soy crops, which favor large farms catering to large agribusiness companies.

After the Program ended, thousands of small- and mid-sized farms were lost. Kentucky lost around 791,000 acres of farmland, more than any other state in the country. However, Kentucky and other states that were part of the Program still have more small- and mid-size farms as compared to other regions of the country that didn’t have a supply management program (Kentucky has over 77,000 such farms).

At the Berry Center, a non-profit I (Mary) founded in 2011, we are continuing my family’s work and supporting small- and mid-sized farmers. We’ve launched a modern iteration of the Producer’s Program cooperative called Home Place Meat, which links local livestock producers to local markets. Home Place Meat offers parity pricing to local livestock farmers who follow animal husbandry and environmentally sustainable practices and carefully monitors supply. We are building strategic alliances among farmers, processors, distributors, and retailers to supply local meat at local stores and restaurants. 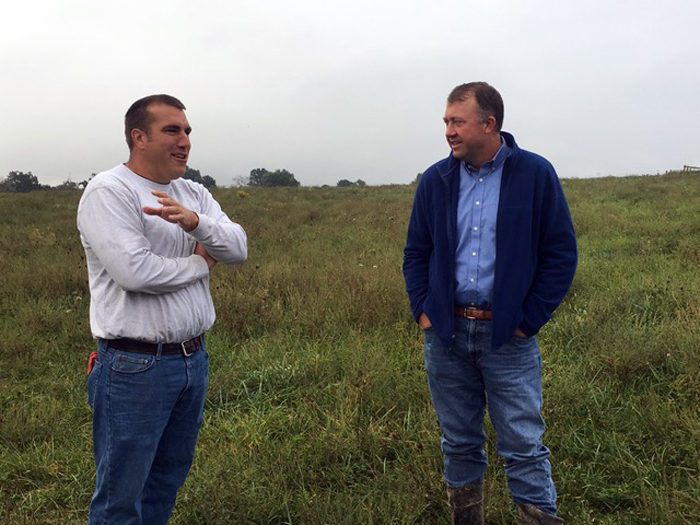 We hope the Program can be a model, a new kind of Farm Bill for local communities. As Home Place Meat gains traction, we will create long-term buyer commitments and eventually plan to transition into an independent local co-op.

A healthy American democracy requires rural communities with vibrant local economies and environmental stewardship, and farming is at the heart of this vision. And we won’t become a nation that treats each other and the land well as long as we are willing to accept an economy that allows people and land to be sacrificed for quick profit.

“Are we, or are we not, going to take proper care of our land, our country?” Wendell Berry asks in the second preface of The Unsettling of America. “And do we, or do we not, believe in a democratic distribution of usable property? At present, these questions are being answered in the negative.” Telling the truth about what’s happening in farm country is a step toward building local models that support healthy, thriving, and land conserving agrarian communities. Let’s get on with it.

Mary Berry is the Executive Director of the The Berry Center. She and her brother, Den Berry, were raised by their parents, Wendell and Tanya Berry, at Lanes Landing Farm in Henry County, Kentucky from the time she was six years old. She farmed for a living in Henry County starting out in dairy farming, growing Burley tobacco, and later diversifying to organic vegetables, pastured poultry and grass fed beef. Mary is married to Trimble County, Kentucky farmer, Steve Smith, who started the first Community Supported Agriculture (CSA) farming endeavor in the state of Kentucky. If daughters Katie Johnson, Virginia Aguilar and Tanya Smith choose to stay in Henry County, they will be the ninth generation of their family to live and farm there. Read more >

Debbie Barker is a consultant for The Berry Center and other civil society groups working on issues including food and farming, ecology, trade, and more. She was formerly the international director for the Center for Food Safety, a legal and public policy institute in Washington, D.C. and prior to this was the director of the International Forum on Globalization, a think tank on economic globalization issues. She’s written on numerous issues including food and agriculture systems, trade and economies, climate change, and more. Read more >