From farmworkers and graziers to entrepreneurs and advocates, these women are leading the change for more just and sustainable food. 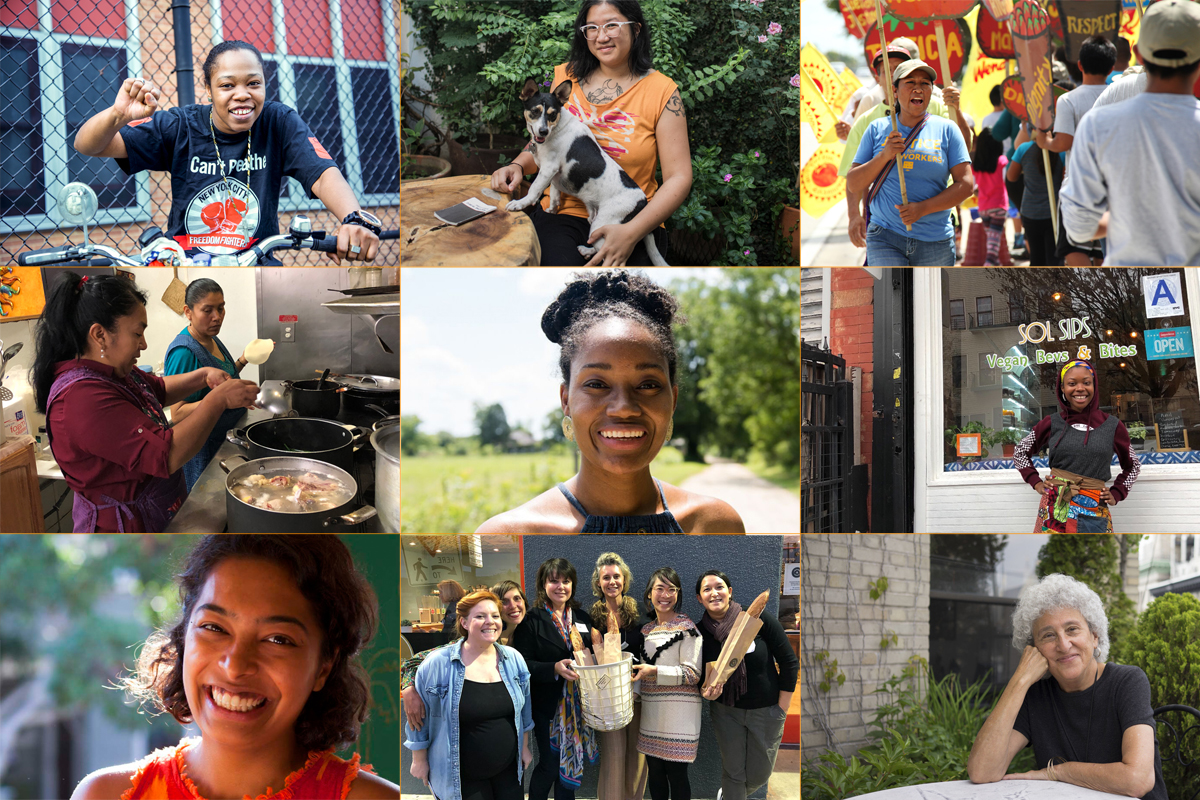 Editor’s note: Civil Eats is taking the week off. To tide you over until we resume our regularly scheduled programming, we are highlighting some our recent coverage of innovative, pioneering women in the food system. These inspiring women are farmers, bakers, ranchers, fast food workers, lawyers, entrepreneurs, farmworkers, and so much more, and their stories reveal the diverse and powerful roles that women play in the food system today. 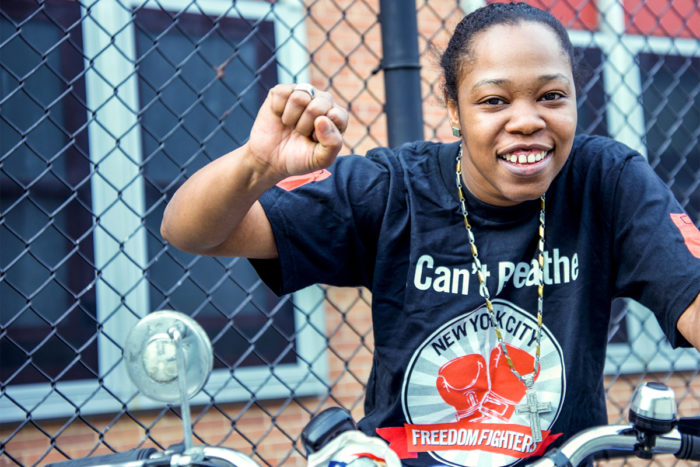 Shantel Walker: A Fast Food Worker Who Became an Activist

Walker, a Papa John’s employee for nearly two decades, refused to accept the unlivable wages and unpredictable scheduling that working in fast food often requires, so she decided to try to make a positive change for herself and other workers like her by joining the Fight for $15. 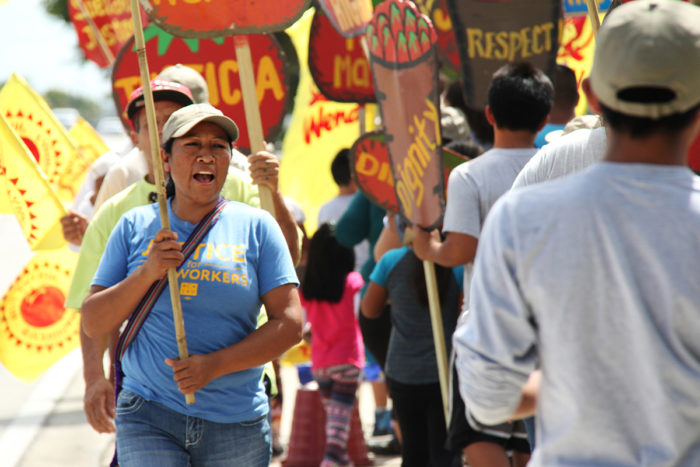 Farms are notoriously unfair and unsafe for women workers; farmworkers in the Coalition of Immokalee Workers have started a movement that empowers women from all walks of life, from farmworkers to fashion models. 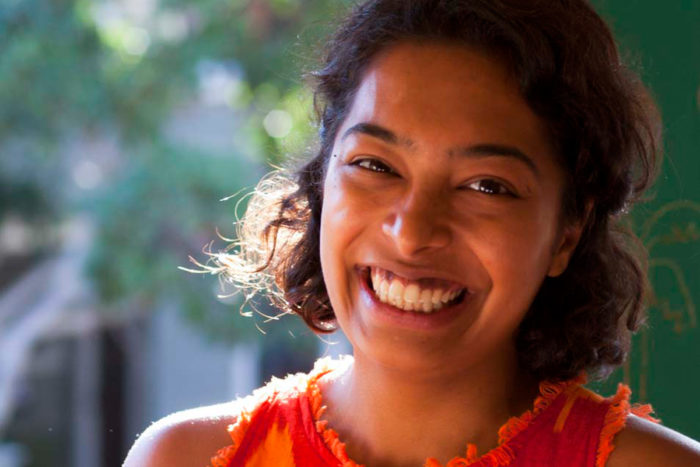 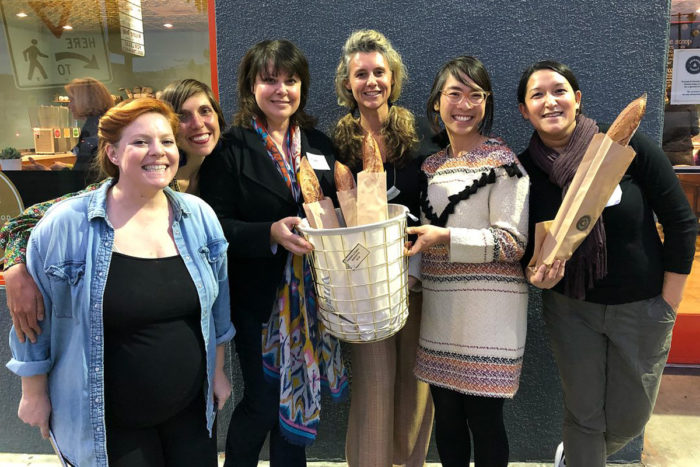 These female grain growers, millers, and artisan bread bakers are collaborating to lift women’s role in bread into the spotlight. 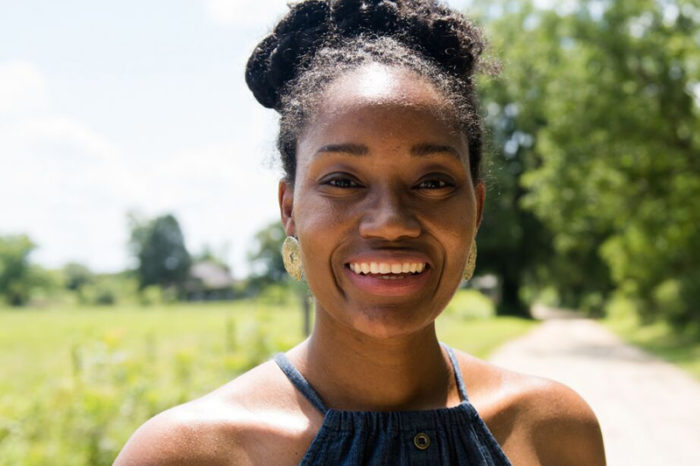 Through her organization FARMS, this farmers’ rights advocate helps Black farmers—and all farmers from historically disadvantaged groups—in Southeastern states retain ownership of their land, saving family farms for today’s farmers as well as the next generation. 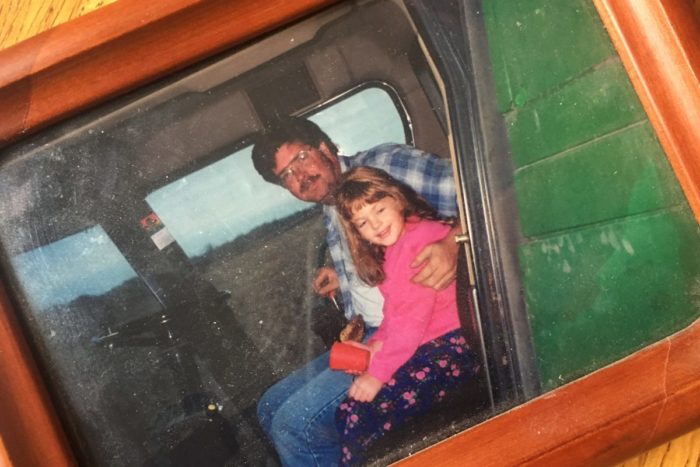 Ash Bruxvoort: The Daughter of a Conventional Farmer—and a Sustainable Ag Advocate

“I grew up on the urban-rural divide. I live it every day. And I’ve come to see how we collectively suffer when we see it as a debate, rather than an opportunity for growth and understanding.” 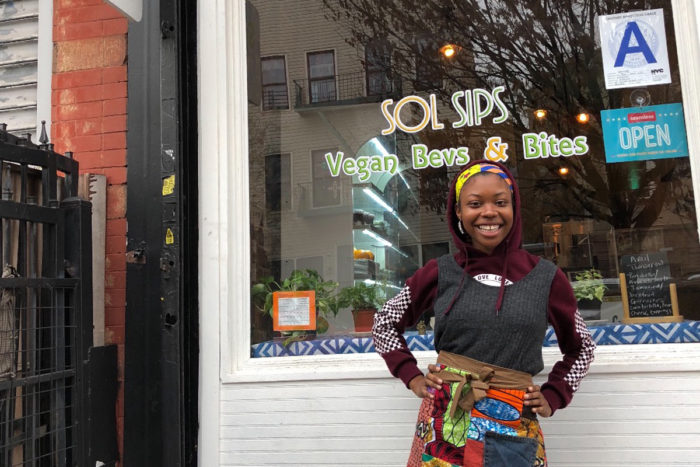 For young people who are surrounded by organic grocers, boutique cafés, and fancy restaurants, the dream of opening a vegan café may seem easily within reach. But for Chaney, a native of East New York, Brooklyn, it meant envisioning a business unlike any of the bodegas and corner stores that occupied her community. 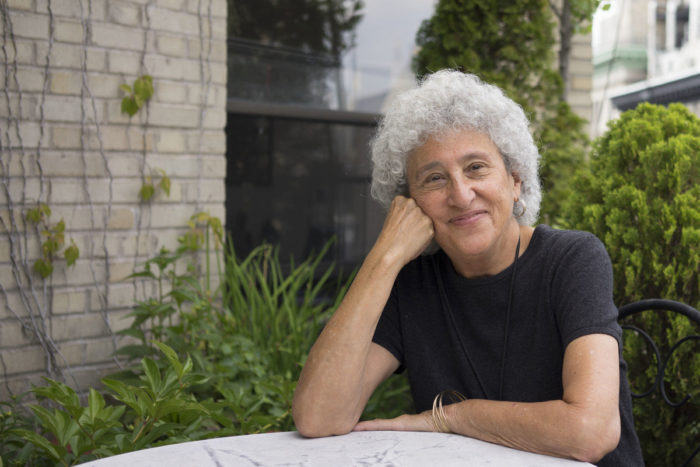 Marion Nestle: Looking Back at 30 years of Agitating for Better Food

In the three decades since Nestle pioneered the country’s first real academic food studies program at NYU, she has had a hand in changing how food is studied, understood, and even—many would argue—produced. And although on paper she has recently retired, there’s no sign that she plans to slow down. 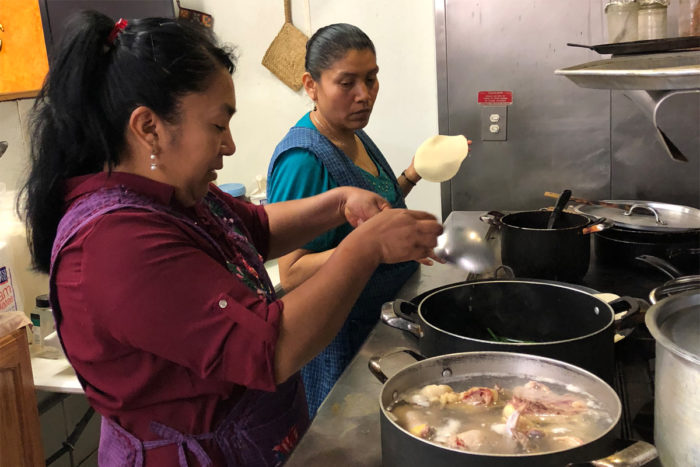 Rojas and Hernandez have forged an alternative path to farm work through their restaurant in Madera, California, which offers the many indigenous Mexicans in this part of the Valley a much-needed taste of home.

Emmer, O’Hare, and Resor constitute the all-female braintrust behind Salt Point Seaweed, which is poised to become the state’s first open-ocean seaweed farm—and a delicious solution to global food insecurity. 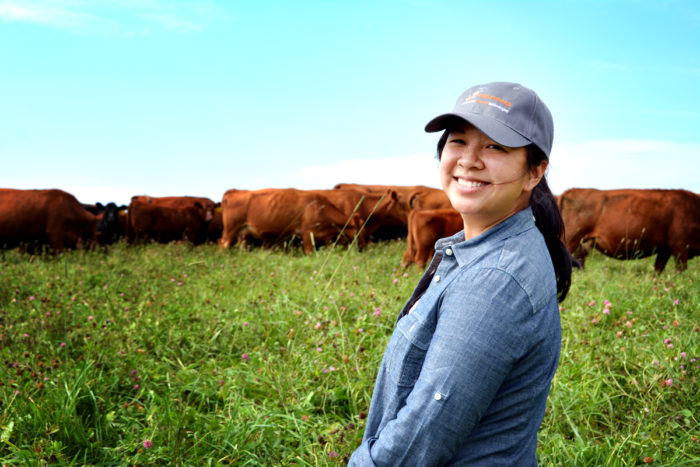 Soleil Ho: You Should Listen to Racist Sandwich

Ho and Zahir Janmohamed use their groundbreaking podcast to talk with chefs, restaurateurs, writers, and cultural critics to explore the points of tension and passion embedded in every meal, and question how identity, work, and power intersect from the prep line to the farmers’ market. 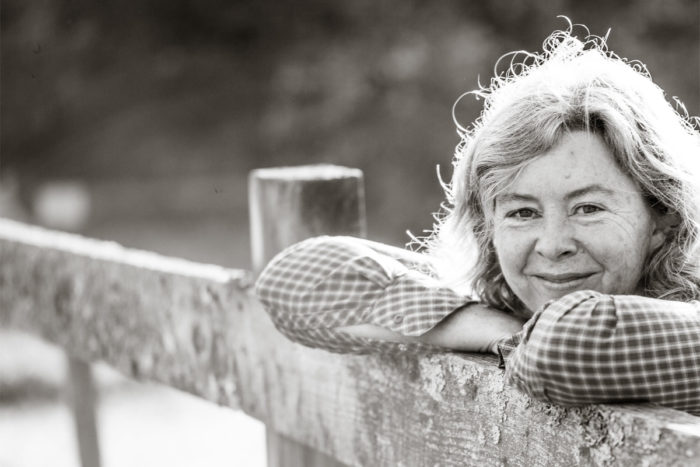 For two decades, Flack has travelled throughout the United States, teaching farmers how to harness the inherent power of the ecosystem to transform their land by grazing livestock intentionally. 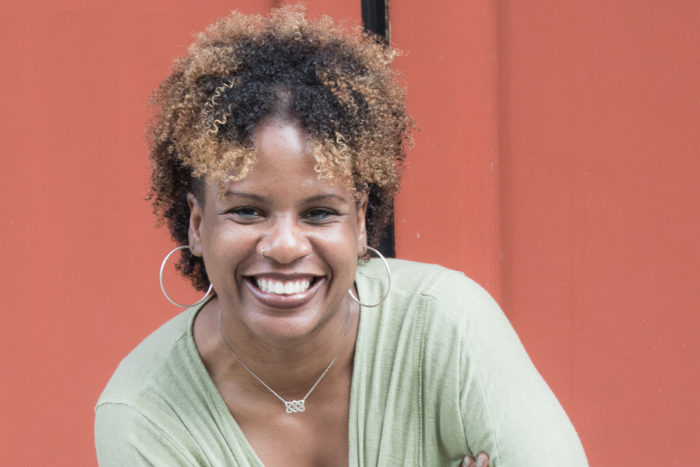 Cooper, the co-founder of the National Black Food and Justice Alliance, is redefining the problems in food systems across the country and helping develop community-based solutions to address racial equity, food sovereignty, and land injustice. 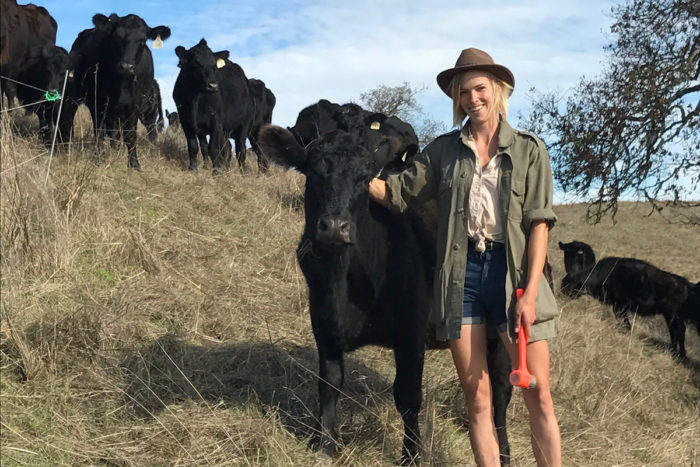 Ariel Greenwood: ‘Eat Less Meat’ Ignores the Role of Animals in the Ecosystem

“As a grazier and land manager, I’m part of a growing group of people who have committed our lives to restoring the health of environments directly, through exquisitely precise grazing on sensitive land, and who depend on the support of our communities to do this work.”

Penniman and her family founded Soul Fire Farm as a multi-racial, sustainable farming organization that would run food sovereignty programs with the goal of ending racism and injustice in the food system. They are also leading a movement of Black farmers who are calling for reparations for centuries of slavery, systemic racism, and racial inequity in the U.S.