Federal nutrition assistance only covers about half the amount it would cost a family to follow the federal guidelines for a healthy diet. 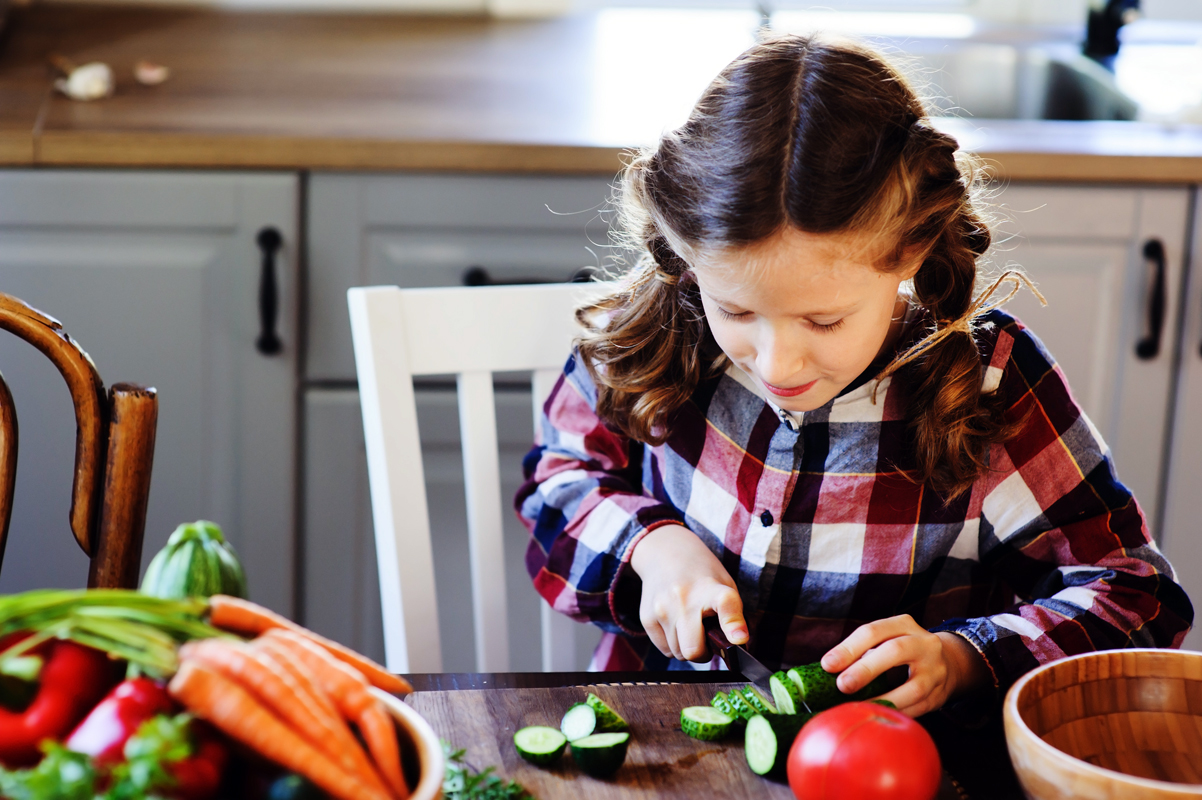 While researching how hard it is for low-income Americans to eat healthy on tight budgets, I’ve often found a mismatch between what people want to eat and the diet they can afford to follow. This made me wonder what eating right costs and how much of this tab gets covered by the largest federal nutrition program, commonly known as SNAP or food stamps.

To find out, I teamed up with Kranti Mulik, an agricultural economist.

We based our nutrition assumptions on MyPlate, the federal government’s dietary guidelines, which account for differences according to age and gender. The guidelines spell out what you should eat from five food groups: fruits, vegetables, grains, dairy, and protein—including meat, beans, eggs, tofu and other soy-based products, nuts, and seeds.

SNAP benefits also vary, based on household income and how many eligible people live in a given household.

These modest benefits, which average about $1.40 per meal, reduce the number of people who would otherwise go hungry at the end of each month by nearly 30 percent, according to Urban Institute economist Caroline Ratcliffe. 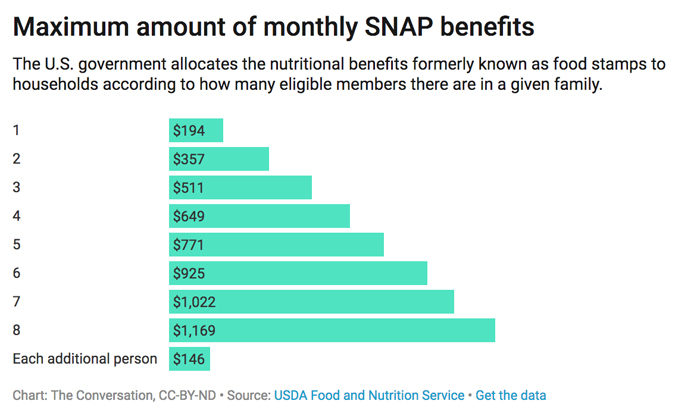 Conversations around healthy eating often leave out cooking time. But to estimate the monthly shortfall for people living in economic hardship who get SNAP benefits, we took into account not just grocery prices and SNAP benefits but also the effort eating home-prepared meals requires.

This includes traveling to stores and shopping for ingredients, as well as prepping, cooking, and serving meals and cleaning up afterwards. To estimate this value, economists have used the average U.S. hourly wage rate, multiplying it by the time it takes to prepare meals. They find that labor is worth 40 percent of what Americans spend on food that they eat at home.

For people who rely on SNAP benefits, the labor costs can be daunting. They may not live close to supermarkets or any stores that sell produce. They might not own cars and lack access to transit, and they might lack the basic cooking equipment needed to prepare meals.

The government does not officially bill SNAP as covering everything that beneficiaries spend on food—that’s why the word supplemental is part of the program’s name. In 2016, however, it estimated that Americans could afford to feed a family of four a healthy diet for as little as $588 a month—less than the $649 that a family of four can get at most in SNAP benefits. Remember, this amount excludes the labor of preparing meals.

We calculate that it would take about $1,100 per month, including labor, to keep food on this hypothetical family’s table. According to our calculations, SNAP covers about half—between 43 and 60 percent—of what following a MyPlate diet costs after taking into account the labor required for meal preparation.

For households that purchase only fresh produce, grains, dairy, and meat, this shortfall is much bigger than for those buying canned, frozen fruits and vegetables. Serving a meal of freshly steamed broccoli, whole-wheat pasta, and roast chicken costs more than heating up canned diced tomatoes and red beans to eat with white rice.

Besides, many breadwinners who have to stretch their food dollars work multiple jobs or have other constraints on their time. For them, every hour spent on meal preparation can amount to an hour’s worth of pay lost.

Based on our model, we found that a family of four with two adults and two teens or tweens would need to spend more than $600 per month in addition to their SNAP benefits, if they ate only fresh produce, grains, meat, and dairy.

That same household would need to spend almost $500 more than the maximum SNAP benefits if they ate a vegetarian diet with a mix of fresh, frozen, and canned fruits and vegetables—and derived their protein from tofu and other soy-based products, beans, eggs, nuts, and seeds.

Even excluding the labor it takes to put food on the table, that family would need to spend at least $200 monthly on top of its members’ SNAP benefits to consume a healthy diet.

Dr. Lindsey Haynes-Maslow is an Assistant Professor and Extension Specialist in the Department of Agricultural and Human Sciences at North Carolina State University. She researches policies that lead to a healthy behavior, and is an expert on the intersection between food systems, nutrition and public health, as well as the impact of government policies driving the food system. Read more >