Expanding SNAP Work Requirements is a Ticket to Poor Health

As Congress aims to pass a new farm bill, the House version is bad for the health of American families, especially those that are already mired in the tangled cycle of poverty. 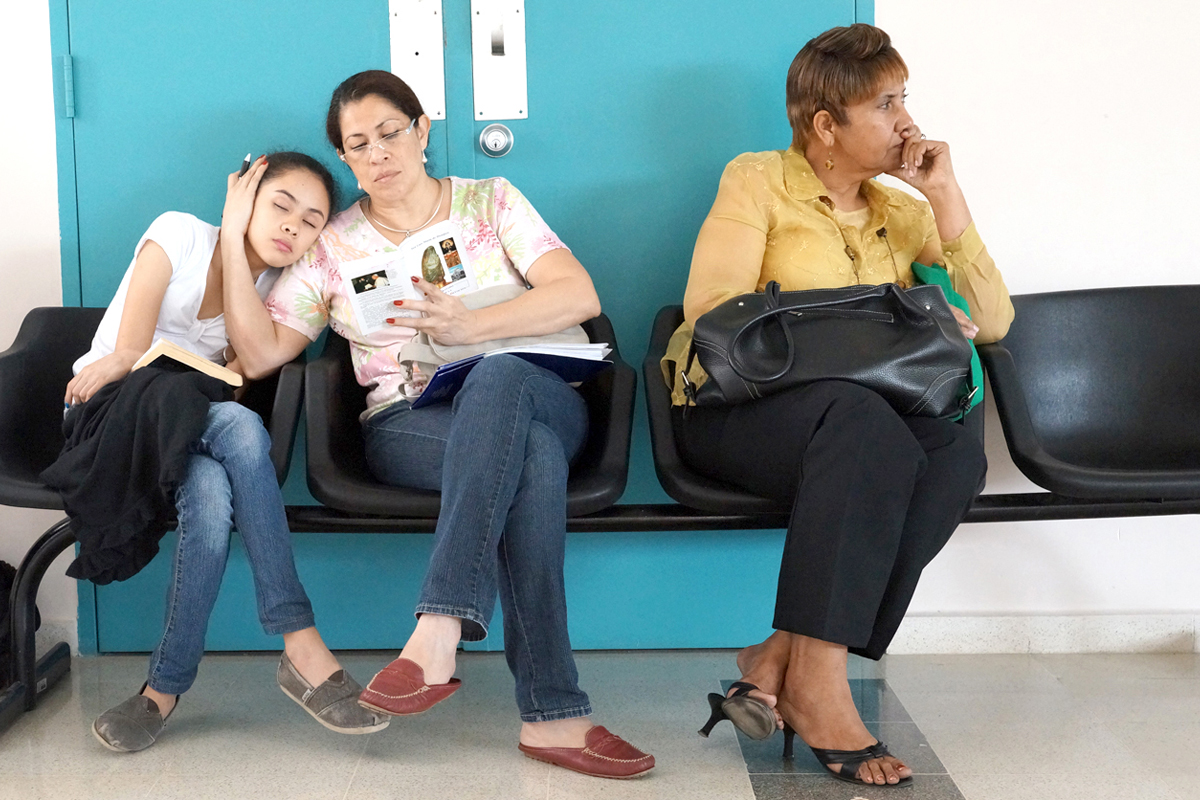 In the classic children’s board game Chutes & Ladders, players move along a game board by rolling a dice, encountering either ladders that advance their progress, or chutes that send them slipping backward. The game carries an eerie resemblance to the experience of 40 million Americans who rely on the Supplemental Nutrition Assistance Program (SNAP) to move them past the scary pitfalls associated with income inequality and food insecurity.

It is in this environment that House congressional leaders are proposing changes to SNAP in the 2018 Farm Bill. The changes, which would expand work requirements and mandate that participants submit monthly proof that they’re complying, have major public health implications. They would exacerbate the effects of poverty and lead to an increase in costly health inequities for millions of Americans, not providing a ladder up to self-sufficiency, as House Republicans have touted, but a chute straight back into the cycle of poverty.

People who fail to meet the new requirements would lose access to benefits for one to three years. Much has already been written about this proposal, and the evidence that shows it won’t work to improve employment or support local economies. But what’s missing from the discourse is how bad this would be for the health of American families, especially those that are already mired in the tangled, cyclical mess of poverty.

SNAP is the country’s most effective anti-hunger program, helping 1 in 8 Americans afford a basic diet (Of the more than 40 million people served, almost half are children.) A fifth of these participants have no other source of income for food, making it a key tool in fighting food insecurity. If more stringent work requirements are implemented, it would reduce or eliminate benefits for more than 2 million people.

As an anti-hunger program that fights food insecurity, SNAP also essentially functions as a national health care program. Losing SNAP benefits and letting more people go hungry more of the time has compounding and cyclical effects on health, leading to a feedback loop of negative consequences that includes malnutrition, stress, poor health and disease, a reallocation of financial resources to food from other critical needs such as housing and health care, increased health care costs, and difficulty in finding and maintaining work. These outcomes are all bad enough on their own, but they’re also interconnected and feed into one another, further compounding the problem.

Take, for example, a parent who loses benefits. They and their family are immediately exposed to food insecurity, which results in hunger, stress, depression, and difficulty paying attention at work or school. Food insecurity is also connected to some of the most common and costly long-term health problems and behaviors, meaning that people who face food insecurity over time are exposed to diabetes, heart disease, stroke, obesity, and developmental risks for children. As a result, medical costs rise, which means that the money earmarked for food must be diverted to cover doctor appointments and medications.

Keeping up with appointments, medical symptoms, and stress takes time away from maintaining a healthy and safe household and makes it extremely challenging to gain and maintain employment. That makes financial resources even more scarce and the stress worse—starting the cycle all over again. These compounding factors all result in higher costs for society.

Low-income households already experience a greater burden of diet-related disease. Limiting access to affordable food by instituting more stringent work requirements in SNAP will come at a tremendous cost to the health of people in poverty, as well as the state and local governments that will be left to pick up the pieces. Low-income adults not participating in SNAP incur 25 percent more per year in medical care costs than adults who do have access to the program. That which could amount to up to $2.8 billion more in health care costs nationally once the changes are implemented.

An analysis conducted amid threats to SNAP in the 2014 Farm Bill found that if poverty rates increased as people lost their SNAP benefits, even in increments as low as 1 percent, the increase in medical spending for diabetes alone could reach $2.95 billion—far exceeding any savings achieved by the proposed changes that reduce participation.

The proposed changes in the House farm bill are not guaranteed to pass. The House will soon begin reconciling its bill with the Senate version, which expands funding for voluntary SNAP employment and training programs and does not include punitive restrictions of benefits.

Members of Congress could choose to drop those punitive restrictions and instead focus on the many existing and potential policy solutions that could strengthen and support SNAP: waivers that allow states to pause work requirements when the local economy can’t provide sufficient employment opportunities, more funding for job training programs that help people move out of low-wage jobs to more secure and sustainable careers, affordable housing to help families avoid having to choose between food and shelter, and expanding the Earned Income Tax Credit and Child Tax Credit which help to provide work, income, educational, and health benefits to children and families.

Efforts to restrict benefits are part of an intensifying attack on social safety net programs; if allowed to go forward, they will further widen the health gap experienced by low-income people, pushing them off the economic ladder and ensuring that they stay at the bottom.

Nessia Berner Wong is a senior policy analyst at ChangeLab Solutions, focusing on food systems, including equitable procurement, healthy vending, and federal food policy. Prior to joining ChangeLab Solutions, she spent 5 years at the US Department of Agriculture’s (USDA) Food and Nutrition Service, working on school nutrition programs throughout the western United States. Read more >