With a massive budget from its insurance activities and its policy emphasis on industrial-scale farming, the Iowa Farm Bureau isn't helping rural communities. 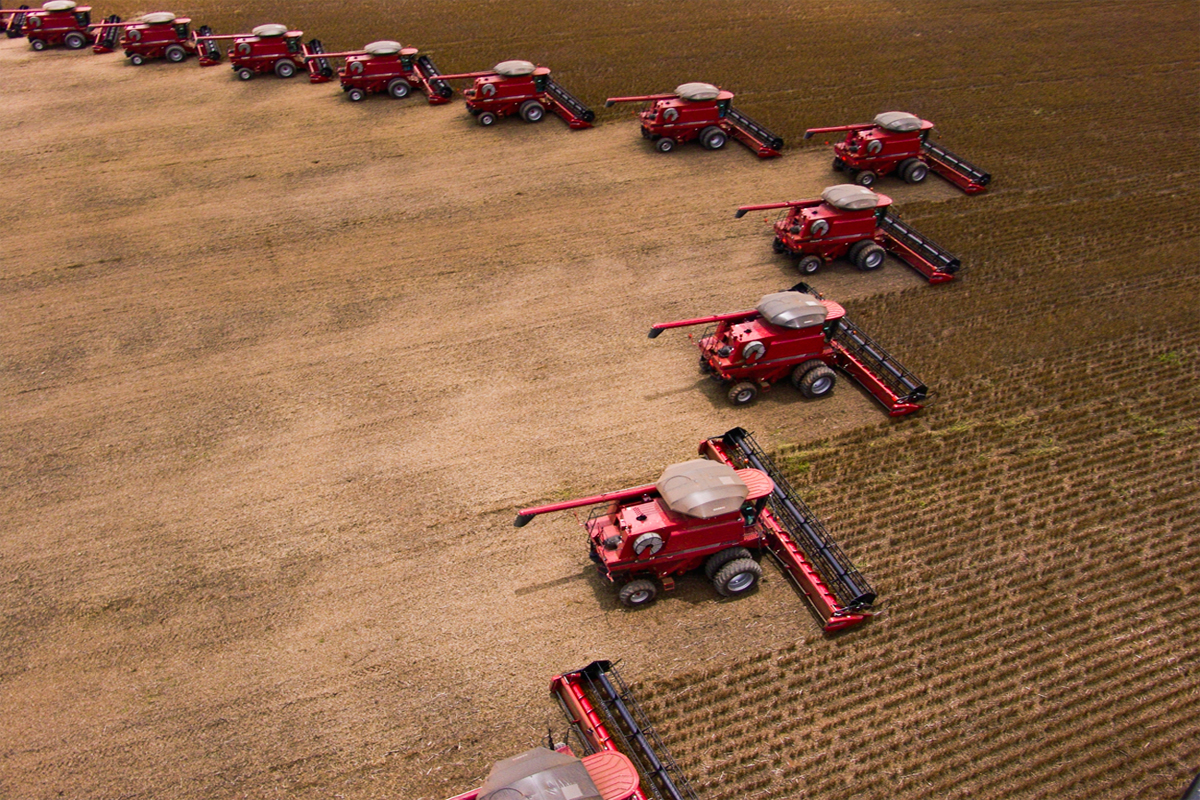 Over the past three decades, obesity rates have more than doubled among adults, and tripled among children and adolescents while diet-related illnesses such as diabetes and heart disease have reached a crisis point.

These epidemics are well-documented, but most people point to individual’s personal responsibility as the root cause.

In reality, what we eat is a political problem. A recent landmark article in the journal Lancet identified structural changes to the farm bill in the 1970s as the culprit of the obesity crisis. At that time, the Secretary of Agriculture Earl Butz replaced the New Deal agricultural policies that sought to manage supply and protect farmers from the big agribusiness companies with a system with one that forced farmers to get big or get out, and to plant commodity crops—corn, soy, wheat—from fencerow to fencerow. Butz’ mantra was simple: volume, volume, and more volume.

Monopolies thrive under this system, at the expense of our health and environment. Grocery stores now teem with a cornucopia of different products, but a few firms with dominant market positions manufacture the vast majority of the supermarket items, as highlighted in a 2013 report from Food and Water Watch. This focus on volume—in farming as well as in food production—has led to a seemingly endless availability of cheap carbs and highly processed sugar- and salt-laden convenience foods, at the expense of more nutritious options. The same companies that make these foods also tend to own the weight-loss products designed to solve the problems caused by those foods.

Iowa is the nation’s largest producer of pork, and the world leader in corn production and one of the biggest proponents of this system—and one of its biggest beneficiaries—is the Iowa Farm Bureau.

Although the Iowa Farm Bureau was created to advocate for farmers and rural communities and is registered as a non-profit corporation, it now receives 84 percent of its revenue from its for-profit insurance arm, the FBL Financial Group, which controlled $10.1 billion in assets in 2017 alone. Its holdings include millions of dollars of investments in large agribusiness conglomerates like Monsanto and Tyson.

This unique for-profit arrangement makes the Iowa Farm Bureau very powerful. I recently ran for Congress in Iowa’s 3rd Congressional District, and one of the biggest lessons I learned during my campaign is that the Iowa Farm Bureau sets the nationwide conversation on agricultural policy. Its operating budget—$89 million in 2016 alone—is more than twice that of the American Farm Bureau Foundation (AFBF) and 22 times larger than the $3.9 million annual budget for the National Farmers Union, the largest progressive sustainable farming organization.

This financial power means that the Iowa Farm Bureau has the ability to exert a lot of influence in the agricultural space, both within Iowa and at the federal level. To this day, the Farm Bureau continues to push for cultivation of those few crops, without any consideration of the consequences of this model. No other organization—including the AFBF—has so much power over agricultural policy at the state or the federal level. And the AFBF and its state-level chapters have long been criticized—by farmers, policy makers, nutrition advocates, and many others—for the negative effects its policy platform has had on people, communities, and the environment.

The Iowa Farm Bureau was granted tax-exempt status based on the understanding that it will serve the public interest. The Iowa Farm Bureau’s stated mission is to help “farm families prosper and improve their quality of life.” Yet the organization’s actions have destroyed family farms, devastated rural communities across America, and created the conditions for the American obesity problem.

The best way to address this obesity epidemic is to revoke the Iowa Farm Bureau’s tax-exempt status. It would certainly be more effective than another fad diet. Tackling the corruption of the Iowa Farm Bureau—the most powerful voice for agricultural monopolies across the country—is the biggest possible move in creating a more sustainable American food system.

It’s time to recognize what many farmers already know: The Iowa Farm Bureau is a corporate insurance company pretending to be the voice of farmers.

A version of this commentary originally appeared in the Des Moines Register.

Correction: This post was updated on July 14 to reflect the fact that the National Farmers Union budget is $3.9 million per year, not $600,000 per year, which is the budget for the NFU’s research and educational operation.

Austin Frerick is the Director of Special Projects at the Open Markets Institute. Read more >