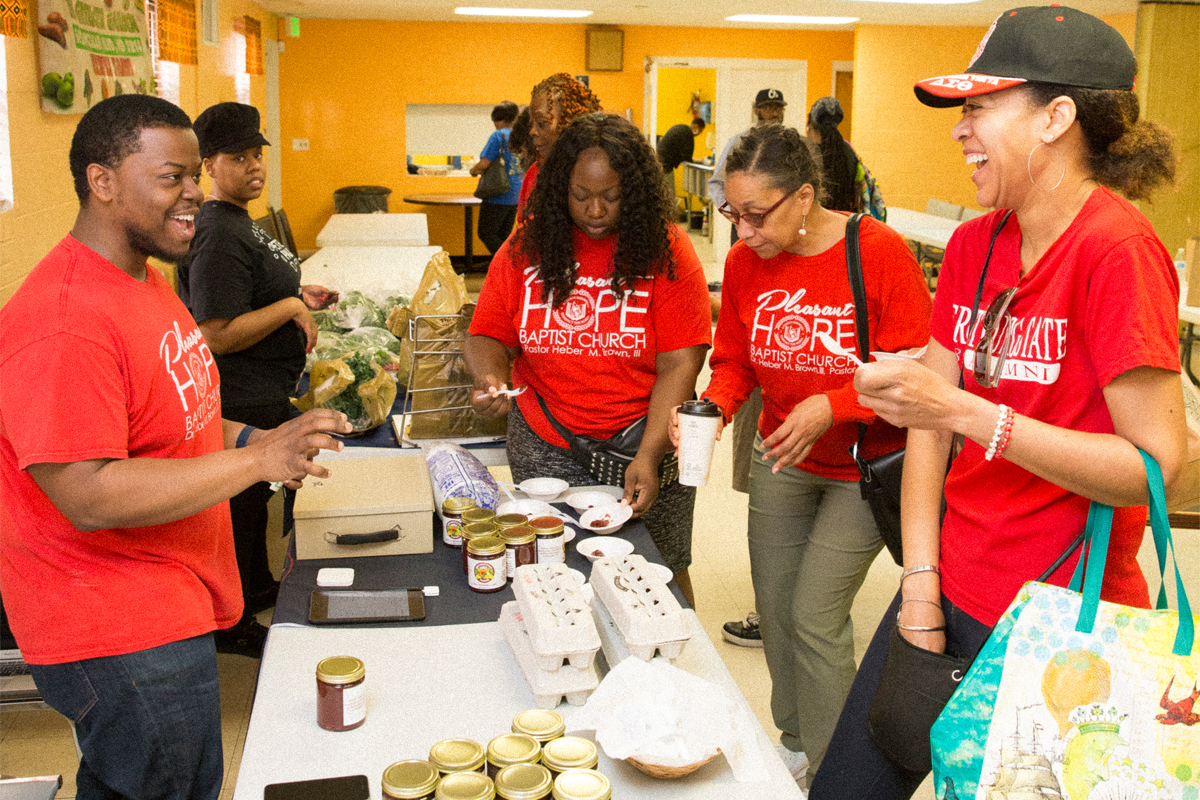 On a warm weekend in early May, Reverend Heber Brown of Pleasant Hope Baptist Church in Baltimore led a delegation of his members on a tour of Browntown Farms in Warfield, Virginia and the Coalition for Healthier Eating food hub in Bethel, North Carolina. For Brown, the founder of the Black Church Food Security Network (BCFSN), the day trip was a concrete step toward solidifying strong relationships between Black residents of East Coast cities and Black farmers in the rural south.

“We explored how we can help one another, as we’re impacted by food inequity in similar and distinct ways,” says Brown. 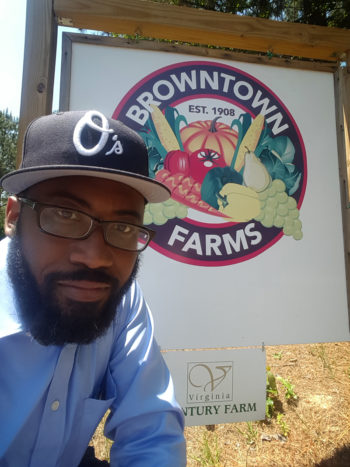 Heber Brown during a tour of Browntown Farms.

The ultimate goal is to build a sustainable, community-centered food system anchored by Black churches and Black food producers and led by those most directly affected by economic inequity. In both places, access to healthy, fresh, affordable food can be challenging due to what Brown and other activists call “food apartheid.”

“We feel that apolitical and ‘color-blind’ approaches to addressing food inequity fly in the face of the statistics, which clearly show that Black people are disproportionately impacted in a negative way by food apartheid, environmental racism, and discrimination in planning and public policy,” says Brown. “To ignore these realities in [so-called] food justice work is a gross miscalculation at best.”

The network provides guidance and ongoing support for people starting gardens on church-owned lands, finding and screening volunteers for those gardens, establishing pop-up produce stands before and after-church services in the Baltimore metro area, and connecting with Black farmers to stock those stands.

In this way, BCFSN operates outside of the charity model. Instead, it calls itself a “self-help” organization, intent on challenging what Brown describes as “the harmful and dehumanizing dynamics of initiatives that make it almost a requirement to be in a posture of subservience and dependence on the benevolence of those who have the resources.”

Since 2015, BCFSN has expanded to include 10 churches across greater Baltimore and five Black-owned farms in Baltimore, North Carolina, and Virginia. This year, as interest grows, it’s on track to double those numbers and expand the network into Washington, D.C. and Maryland’s Eastern Shore.

A Garden and an Uprising

BCFSN began with a garden and an uprising. Seven years ago, Brown, now 37, was a new pastor at Pleasant Hope Baptist Church. One day, as he was walking toward the church, contemplating how to help members of his congregation who had ended up in the hospital for diet-related problems, he had a vision of the front yard lawn transformed into a vegetable garden. 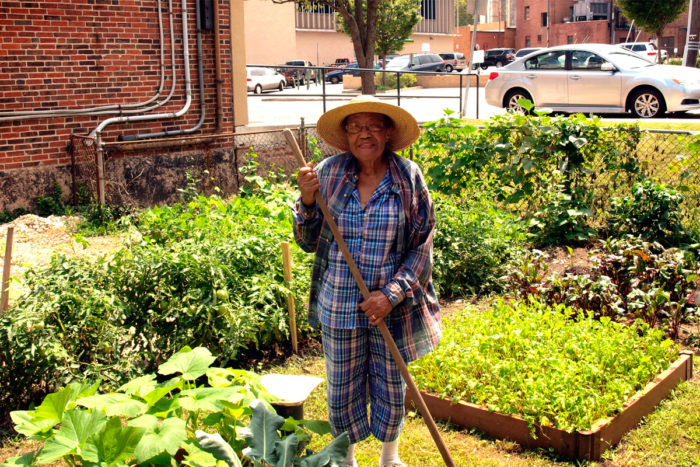 “The land wasn’t in regular use; it was just being cut and made presentable so the people walking or driving by could appreciate a well-manicured lawn,” says Brown. His idea was enthusiastically embraced by the congregation—particularly the seniors—and within a year, the land was tilled and transformed into a productive garden. Now, it produces upwards of 1,100 pounds of produce each year. For the first five years, the food was given away to church and community members. This model wasn’t financially sustainable and now they sell the produce at prices generally lower than local markets.

A few years after they started gardening, the city of Baltimore was embroiled in violence and chaos after Freddie Gray died while in police custody. The ensuing uprising, born of routine discrimination and abuse toward low-income Black residents at the hands of the Baltimore Police Department, shut down parts of the city, making it difficult for some residents to access food.

Food was already the calling card of the Pleasant Hope congregation. When the church started to receive pleas from hungry people, members jumped into action. Brown contacted Aleya Fraser, a farmer with the Black Dirt Farm Collective, and she and other farmer friends collected fresh produce for distribution. Pleasant Hope transformed into a command center where the food was processed, put on a truck, and driven to street corners across the city. With this, another vision was born: a “soil-to-sanctuary” program linking Black churches and Black farmers. 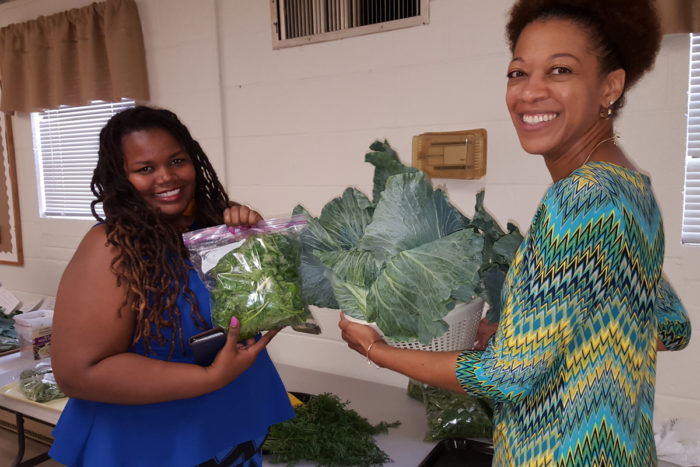 “While the nation saw images of bottles thrown and windows broken, the Black Church Food Security Network was being born,” says Brown.

Brown hopes the network can respond to the many challenges Black farmers face—from land grabs in the South to systemic discrimination at the USDA to property passed informally to heirs without a will (the leading cause of Black involuntary land loss), and lack of access to capital. In 1910, 218,000 Black farmers were registered as owners of 15 million acres of land, but by 2007, that number had shrunk to 28,000. Black farmers on 2.9 million acres of land, according to the Center for Social Inclusion.

BCFSN presents a chance to offer Black farmers a sustainable business model by creating the infrastructure—such as farm stands—and consumer demand from within Black church congregations to support their businesses. And, in many ways, the demand was already there.

“Many of the communities where we are active have suffered under the political violence of food apartheid for years, and have been crying for something to be done,” says Brown. 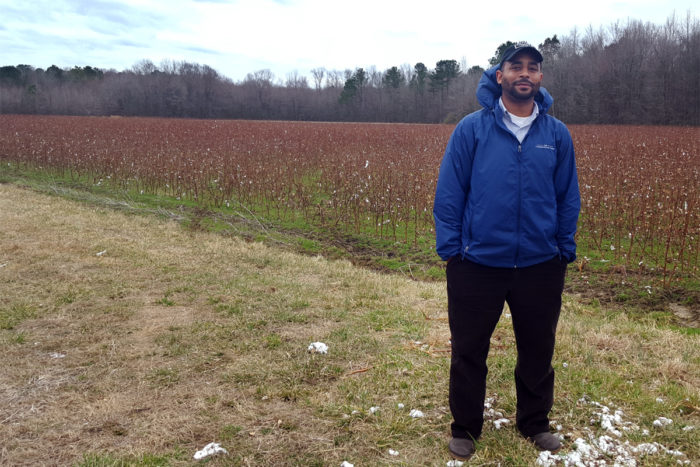 Julius Tillery is a fifth-generation cotton and vegetable farmer in North Carolina who has partnered with BCFSN. The impact has already been tremendous, he says. “Many Black farmers have been burned by planting too much and then not having interested parties wanting to buy their products,” says Tillery. “[The network] has given Black rural farmers confidence that the institution will have their backs when they stretch themselves to plant as much as possible to sell.”

Tillery also sees the clear benefit for the customers, who have a new opportunity to build more intimate relationships with healthy, local food. “They are trusting that good food is better for them and their health, not because some academic says so, but because they can actually feel and taste the love in the food and see who produced it.”

The explicit emphasis on Black churches is intentional, says Brown. Even as private Black land owners were drained of their resources, Black churches continue to own property across the U.S. Longevity is another factor; some Black Christian congregations go back centuries, resilient in the face of an onslaught of traumas.

“They have lasted through two World Wars, the Great Depression, racist violence, and the lynching of our family members,” says Brown. “They have withstood fire-bombing at the 16th Street Baptist Church—those little girls killed in Sunday school, and [the murder] of Pastor Clementa Pinckney in Charleston. I wanted to make sure that our organization was in the bosom of an institution that could stand the test of time.”

Black churches, he says, are a powerful cultural and socio-political force that has been overlooked in many food and environmental circles—they sit in a blind spot of the so-called Good Food Movement.

“I went to conferences where nobody was talking about African-American churches; they were not at the table,” he says. “Thankfully our work is helping to change that. There is a whole world out there, a whole universe, that we should be more sensitive to.”

Maxine White, executive director of the Coalition for Healthier Eating lives by the motto, “The person who controls the food controls the mind and the wellness of the body.”

Her food hub in North Carolina was a stop on the Pleasant Hope day trip. White’s organization, which has trailers and other key food-distribution infrastructure, has partnered with BCFSN to get fresh vegetables, fruits, meat, poultry, and eggs produced by local Black producers to Black churches and community members along the East Coast. 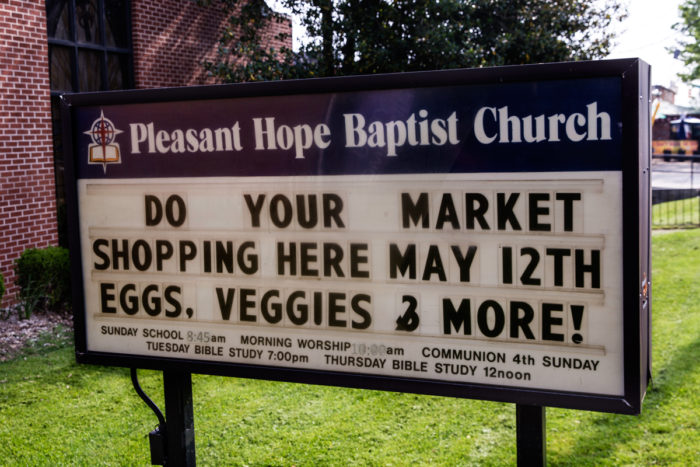 “Prior to the whitewashing of food production, everything our ancestors produced was done in a healthy and sustainable way,” says White. “Black society then began to rely less on providing for ourselves, and more on what the big grocery store owners—most of whom are white—could provide us to feed ourselves. BCFSN is returning the old feeding ways back to our community. People are eating seasonally, preserving what is reasonable to preserve, and Black producers are producing almost year-round what comes to the table—on their own terms.”

Over 100 people attended the market, which also included a vegan juicer, a bakery, herbal medicine and cooking workshops, and vending by farms such as The Greener Garden, a local, chemical-free urban farm. It was a rousing success; Brown said the eggs sold out within 45 minutes, followed closely by the produce.

“One of our urban farmers sold out of her produce in less than two hours, whereas she usually has to vend for six hours at the city’s farmers’ market and sometimes doesn’t even break even,” Brown says.

All signs point to the beginning of a national movement, says farmer Julius Tillery.

“I believe that Black economic development through food will build bridges for many Black people to be active in their churches and support small Black business again,” says Tillery. “In faith, I believe BCFSN will be leaders in that movement.”

All photos courtesy of BCFSN.