SNAP is a Boon to Urban and Rural Economies. Proposed Farm Bill Changes Could Cripple Them. | Civil Eats

SNAP is a Boon to Urban and Rural Economies. Proposed Farm Bill Changes Could Cripple Them.

Changes to the SNAP program in the House version of the farm bill could lead to a crippling economic domino effect that often starts at the local grocery store. 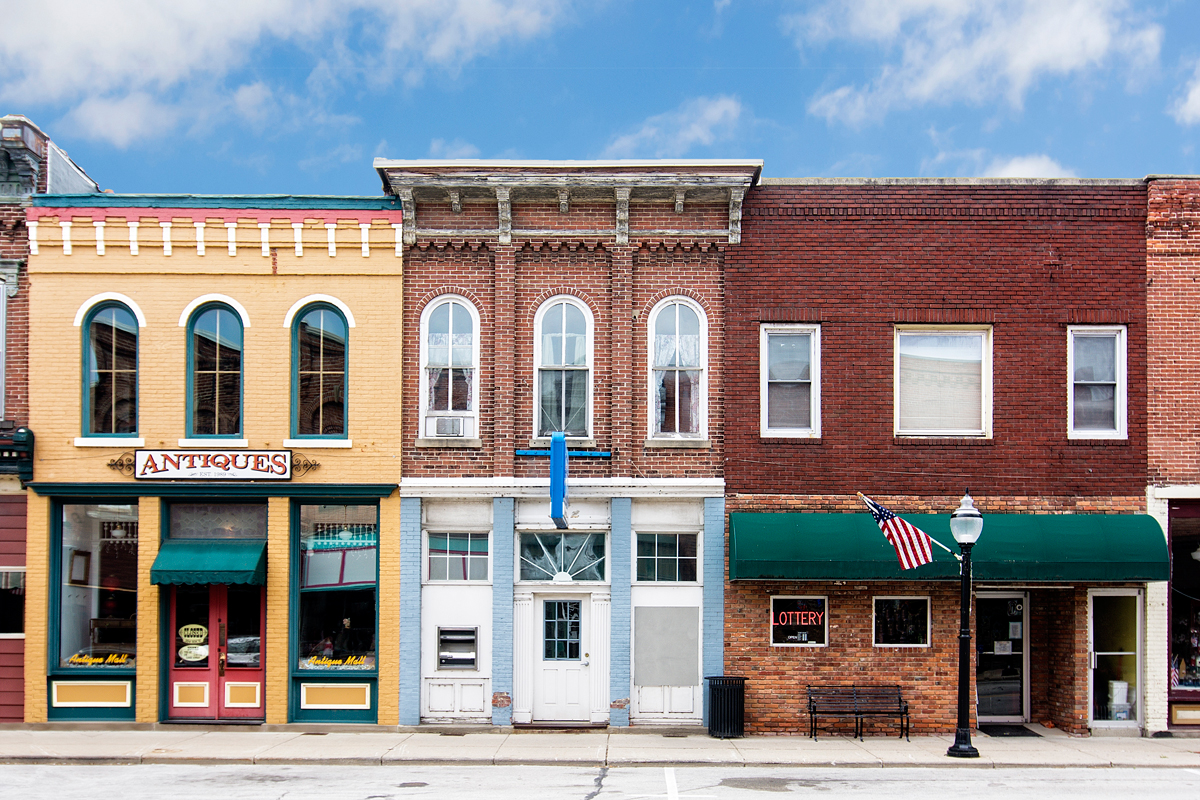 In case you missed it, Congress is in the midst of a pretty major food fight. At the center of it is the Supplemental Nutrition Assistance Program (SNAP), which is the first line of defense against hunger for more than 21 million American households. Going forward, however, an estimated 2 million people stand to lose SNAP benefits if the farm bill proposal passed by the House of Representatives last month becomes law.

The bill’s draconian work requirements and eligibility changes threaten to upend the lives of some of the nation’s most vulnerable individuals and families. But it could also deliver a serious blow to the economic vitality of many rural and small-town communities, in an economic domino effect that often starts at the local grocery store.

Despite improvements in the national economy since the 2008 recession, rural communities across the United States continue to face economic uncertainty, and grocery stores are among the small-town businesses that are finding it hard to stay afloat. The challenges faced by rural food retailers are numerous: competition from increasingly powerful “big-box” stores, the rise of online retailers, and high operating costs are but a few of the challenges threatening the economic viability of today’s grocery stores. But there’s another major driver of food sales that impacts rural retailers and residents alike, and it has to do with how much families can afford to spend.

Many households in low-wage, low-prosperity rural counties turn to SNAP to augment their food budgets—in fact, they do so at higher rates than their urban counterparts. About 16 percent of households in rural or non-metro areas participate in the program, compared to 13 percent in metro areas. And in a recent analysis of publicly available data, the Union of Concerned Scientists found that 136 of the 150 counties with the highest percentages of SNAP participation by household are located in rural areas.

We know the benefits that SNAP dollars bring to the people who use them. SNAP participation bolsters financial stability and food security; increases the likelihood that kids complete high school, while decreasing their risk of obesity and metabolic syndrome into adulthood; and saves about $1,400 in annual medical costs for low-income adults. But where do those dollars go next?

The Ripple Effect of SNAP Spending

Following the path of a SNAP dollar can help us understand the invaluable role SNAP plays in supporting local industries and bolstering the broader economy. The graphic below shows the path of a dollar spent at a local grocery store.

How SNAP stimulates the economy (click image for full-sized version)

It isn’t difficult to see how SNAP dollars are a boon to grocery stores—particularly for businesses in low-income areas, where SNAP purchases account for a greater share of sales. Dr. David Procter, Director of Kansas State University’s Center for Engagement and Community Development, knows a thing or two about the food economy. He’s been working with rural grocers for over a decade as part of the Rural Grocery Initiative, which helps small-town stores develop sustainable business models in the face of a food landscape that is rapidly changing.

“Small town grocery stores stand as a bulwark against the ever-rising number of rural Americans living in food deserts,” says Procter. “These food retail businesses are a vital element of the local food system, providing residents with access to produce, dairy, breads, grains, and meats. They are important to the local economy, creating jobs and generating tax revenue. Finally, these stores are community hubs, gathering places where social capital is built and maintained.”

But the economic impact of SNAP doesn’t end at the store; in fact, this is only the beginning of a series of transactions that results in what is referred to as a “multiplier effect.” The standard USDA model estimates that, during a weak economy, $1 in SNAP spending generates about $1.80 in economic activity. This would mean that the $64.7 billion in SNAP benefits distributed in fiscal year 2017 could have generated an estimated $114 billion in economic activity, creating and supporting more than 567,000 jobs across the country.

So how does it work? Suppose the economy in Anytown, USA takes a turn for the worse. A factory relocates, or maybe a natural disaster shuts down the town’s major industry for an extended period of time. Many households find that they have less money to spend, and business at local establishments slows. Because of hardships resulting from the economic downturn—perhaps job loss, or reduced hours—some families apply for SNAP benefits.

As those families use SNAP dollars to help put food on their tables, the grocery stores they shop at begin to recover. With more revenue, these stores can hire back staff; resume full operation and pay for operational costs like lighting and refrigeration; and, of course, purchase more food from farmers and distributors to meet growing demand. And as SNAP spending is propagated through the supply chain, each sector that gets a share of that additional money is able to spend more money in turn.

The effect extends to a wide range of sectors. Here’s why: studies have suggested that each additional dollar received in SNAP benefits results in between 26 and 60 additional cents spent on food—meaning an extra SNAP dollar received doesn’t equal an additional dollar spent on groceries. This is because, as many of us know, low-income households (including those experiencing temporary financial distress) are constantly making difficult decisions about how and when to pay for necessities such as housing, education, and transportation.

And when SNAP benefits relieve some of the strain on a family’s food budget, they also help to free up a portion of income once spent on food for other expenses. From an economic standpoint, this means that a range of industries outside of the food supply chain also benefit indirectly—and not insignificantly—from SNAP spending. This multiplier effect shows how SNAP can effectively guide economic recovery.

This brings us back to the farm bill. If we want to preserve SNAP’s essential function as a safety net for our families and for our economy during tough times, we need to protect the program from the ill-advised overhaul making its way through Congress.

We can also leverage farm bill legislation to ensure that more of each SNAP dollar goes straight into farmers’ pockets and stays in our local communities. According to USDA models, the jobs that could have been created or supported by SNAP spending during fiscal year 2017 include nearly 50,000 agricultural jobs—a significant number, yet less than 9 percent of the estimated total. Many of the programs contained in the Local FARMS Act, a bipartisan marker bill introduced early in the farm bill process, offer win-win solutions that help farmers expand local and regional food sales while providing low-income populations with greater access to fresh, nutritious foods.

Though these “tiny but mighty” programs represent a small fraction of the farm bill budget, they provide the means to effectively amplify the return on federal investment in programs like SNAP—which can make all the difference for families and rural farming communities that have been slower to recover from economic depression.

This article originally appeared on the Union of Concerned Scientists blog, and is reprinted with permission.

Sarah Reinhardt is the food systems and health analyst for the Food & Environment program at the Union of Concerned Scientists. Read more >