Local Food Grown by Immigrants is Connecting this Seattle Suburb 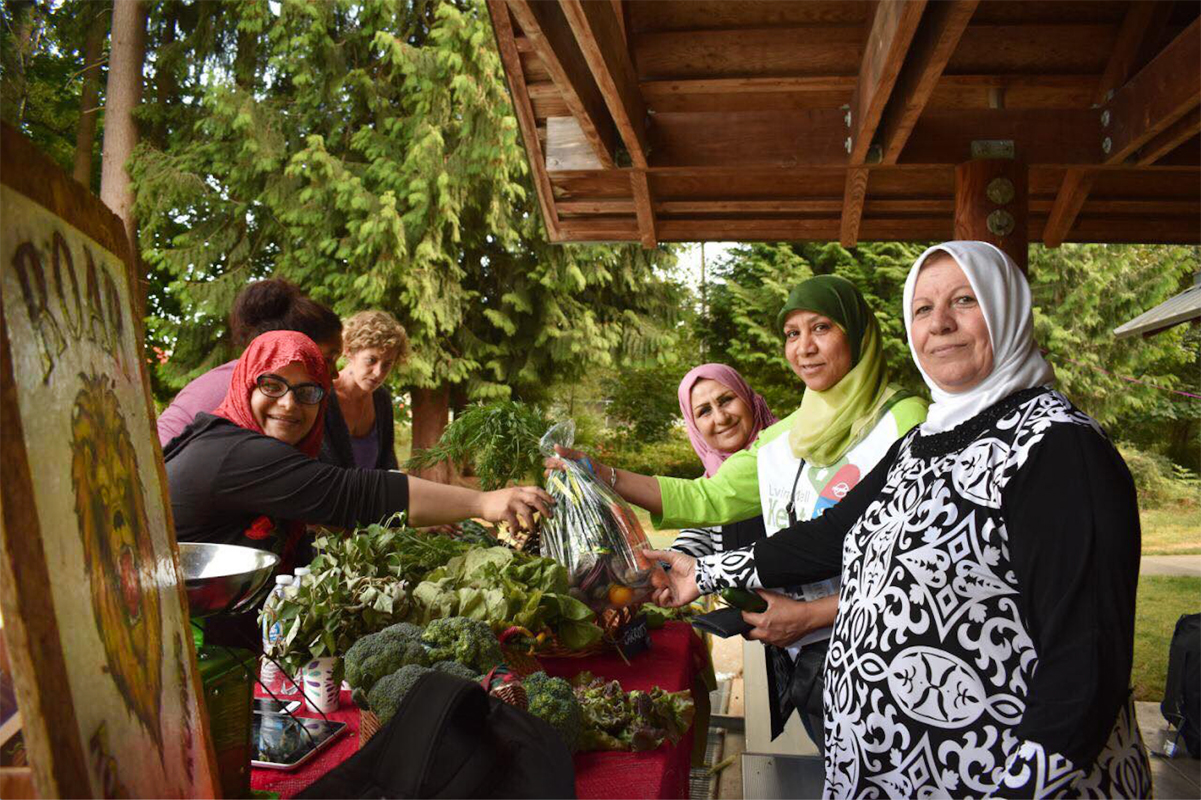 A group of immigrant farmers is bringing life back to a campus of dormant greenhouses south of Seattle, growing a variety of vegetables seldom found in American supermarkets. Inside one of eight climate-regulated greenhouses, and flourishing alongside the radishes and onions, is row after row of spider plants and amaranth—“ethnic vegetables,” the farmers call them, the newest superfoods.

The first harvest will be available at the East Hill Farmers Market in the city of Kent. The market, which opened last week and runs through the fall, is operated by Living Well Kent, a grassroots collaborative led almost exclusively by immigrants, refugees, and people of color.

“Some of these are produce we as immigrants use at home,” says David Bulindah, a Kenyan native who heads the farming enterprise “We planted the radishes for this [American] market, but we also wanted to create a new market with ethnic vegetables, knowing that with their nutritional value, many people would enjoy those, too.”

The farmers expect to grow at least 10 different kinds of greenhouse-produced vegetables, from tomatoes to cucumbers, cowpeas to spinach, not only for sale in the farmers’ market, but also to donate to area food banks.

“Our goal from the start was to have immigrant-grown food grown locally,” says Shamso Issak, Living Well’s executive director. “Kent is a diverse city, and we want our community of immigrants to find food that they used to have back at home.”

The Kent farmers market is in its second year. It was established out of residents’ concerns about food insecurity. Kent is a city where many newly arriving immigrants have settled alongside American people of color being pushed out by Seattle’s higher housing prices. Issak says her organization’s assessment showed that many of the new arrivals face food insecurity—a lack of accessible grocery stores and a scarcity of healthy and nutritional options from their culture.

“Accessibility to healthy foods is not equitable to all communities because of a number of factors: a lack of income, transportation, lack of knowing where things are if you are an immigrant or new to this country,” she says.

A longtime Seattle-area resident originally from Somalia, Issak and a group of local people had been meeting periodically to discuss ways to address these barriers. They launched Living Well Kent four years ago after receiving a small federal grant, administered by the public health agency of Seattle and King County, for the purpose of addressing poor nutrition and other health disparities.

Living Well Kent amassed dozens of volunteers, mostly among the immigrants and refugees living around south King County. And it created a platform to engage residents on issues around healthy living, in some cases in their own languages and in ways that are culturally familiar to them. 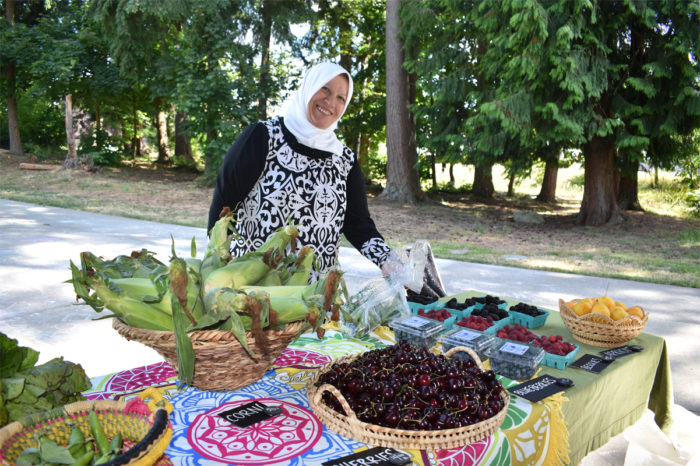 The group established a Food Policy Council that collaborates with other local organizations and agencies to influence policies that directly affect the health of Kent residents.

The result was “a diverse core group of people working together, in spite of differences in language, race, ethnicity, or other differences,” Issak says. After assessing local community needs, the council recommended setting up the farmers market.

“This is what I always imagined our food access program would be—for immigrants to grow their own food and sell their own food, contributing to the local economy,” Issak says. “Our motto has been, grow, sell, and eat all in south king County.”

The greenhouses are so spacious, Living Well Kent is only utilizing one of them for now. It allows the farmers to extend the growing season while protecting their crop from pests and other threats. The ethnic vegetables, most of them indigenous to Africa, are grown from imported seeds, Bulindah says. The spider plants, for example, also known as African cabbage, are a hardy green vegetable that grows throughout Africa and Asia, while cowpeas, also called black-eyed peas in the southern United States, are grown for both their edible leaves and the bean inside.

For Bulindah, the farmer, the greenhouse and the vast land around it are a far cry from the small patches of urban land he and his family farmed when he was a kid growing up in Kenya.

Land ownership there is a privilege, and his large but poor family had none, he says. So his mother found a piece of land that no one else was farming and planted vegetables her family could eat. If the owners of the land showed up, they were out of luck, Bulindah recalls, laughing. “And if they didn’t, we’d give thanks to God.”

Two years ago, when he moved his family from Delaware to the Seattle area following a visit, friends back on the East Coast warned him that the Northwest was wet and dreary. “I told them, That’s great, because I’m going to be a farmer there.”

Earlier this year, when he connected with Living Well Kent and learned that the farmland was available, he jumped at the opportunity to fulfill that goal: “I say it was a divine connection,” he says.

This article was originally published on Yes! Magazine, and is reprinted with permission.

Lornet Turnbull is an editor for YES! Magazine and a Seattle-based freelance writer. Read more >