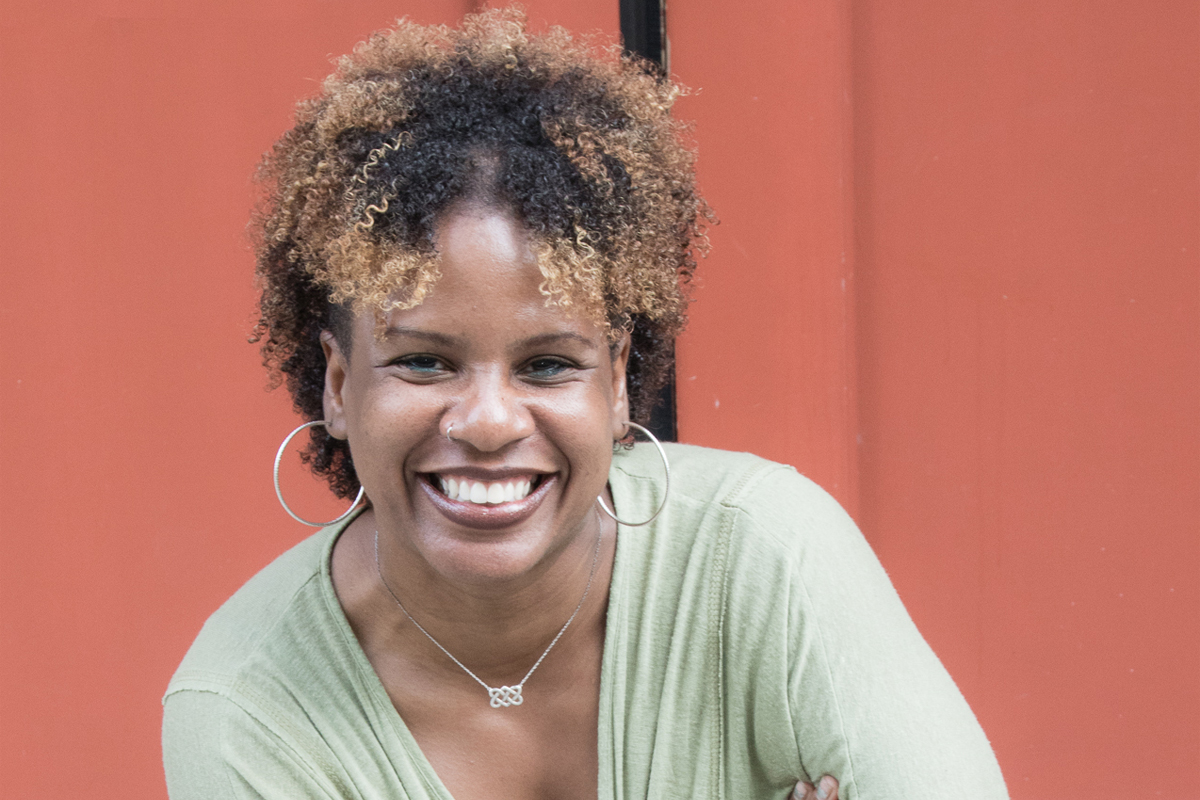 “Definitions are important because whoever gets to define a problem gets to define its solution,” says Dara Cooper, activist, organizer, writer, and co-founder of the National Black Food and Justice Alliance (NBFJA). “Black communities are often beholden to white [power structures] and their definitions, so they’re also beholden to their solutions,” she adds.

Cooper is redefining problems in food systems across the country and looking at ways that communities of color can reclaim, redesign, and reimagine their own foodways.

In a recent report titled “Reframing Food Hubs: Food Hubs, Racial Equity, and Self-Determination in the South,” Cooper writes: “If we want a truly transformed system—a truly just system—we must commit to divesting from our current system, naming race, and ultimately destroying what we know as a system of white supremacy that does not benefit the majority of the population.”

The report is the result of four months that Cooper spent traveling across the South, interviewing farmers, food hub leaders, and community organizers to identify the most pressing solutions to transform food hubs—popular models for distributing local food more effectively—for greater racial equity.

“In my mind’s eye, the report is aimed at the practitioners of this work, people of color who never get to see themselves in the mainstream narrative, who felt invisible,” she says. But she also wants the larger food justice community to see the report, too, in hopes that it convinces people to see new solutions to old problems.

Earlier this year, Cooper was named a James Beard Foundation Leadership Award honoree for her work, which she describes as “rooted in resistance, self-determination, and, quite frankly, survival.” She sees herself as a conduit for organizations and communities that are working to find community-based solutions to problems.

Cooper started working in food justice 15 years ago, after noticing children on their way to school stopping at a gas station in Chicago for breakfast. “They were eating Cheetos with five-day old hamburger meat and plastic-looking cheese and that was what they had access to. That didn’t seem right to me,” she remembers. At the time she was working to help low-income residents in Chicago do tax preparation focusing on earned income tax credits. But after seeing the lack of food options many families faced, she decided to shift her focus to food justice.

Civil Eats recently spoke with Cooper about the NBJFA, what inspires her food justice work, and her hopes for the future.

What are some of the guiding principles of your work?

All the work I do is about liberation. I focus on food sovereignty, land rights, and land injustice in my role with NBJFA. I work with three other organizers and a larger network of food organizations focusing on food justice, youth leadership, elders in our communities, working towards creating self-determining food economies, and land justice. We mobilize to protect Black people from losing their land, and we work to promote indigenous sovereignty.

There are historical and contemporary laws that have separated Black people from land, and my work is about how we can reclaim the system and move to a more collective system. We look at using co-op grocery stores and land trusts to deepen our agency and our means to create and design food systems that give us full dignity and agency. Native peoples and Black communities have always had to think about community-based ways of protecting one another and we have to think cooperatively when facing the system. In a group you have more power.

You’ve talked about your work to end “food apartheid,” instead of using the better-known term “food deserts.” Can you explain your choice of language?

One of the things that I’m aware of is all of the ways that Black people experience violence in our country. [Lack of healthy] food is a deep-rooted form of violence. Junk food is concentrated in Black communities, and fast food industries are concentrated there, too. We have research saying kids need nutrition to develop proper brain functions, and when they don’t have access to food with nutrients, that’s violence. We see high heart disease in our communities, and that’s by design. We use the term “food apartheid” instead of “food deserts” because it’s violence that has created this system.

The musician Moby recently wrote an op-ed for The Wall Street Journal about how the Supplemental Nutrition Assistance Program (SNAP) shouldn’t be allowed to pay for junk food. What are your thoughts on that?

I’ve been in arguments with people about this for many years. This conversation is so layered, and it’s absurd to point the finger at individual choice. When you do that, it can be classist, racist, and paternalistic. When you do that and you don’t mention legislation that makes junk food cheap, you don’t challenge the industries that profit off of this.

I went to South Africa and I saw “crisps,” or what we call chips, were really expensive, and a bag of spinach was really cheap. It made me think about our system in America and how it’s the opposite here. When I went to Jamaica, I saw fruit trees everywhere, and they belong to everyone; they’re in service of the island. Being out of the country has really allowed me to see our capitalist-driven food system and its consequences more clearly.

I’d say to Moby he needs to check himself, his research, and his privilege. We need to point the finger at our systems.

What are you seeing change as part of your work?

I have the great privilege of knowing people that are doing [food justice] work, and we bring these people together to design national strategy. We’ve been focusing on Black co-op work and [helping] Black communities be able to organize themselves.

Solutions [associated with the term “food deserts”] tend to focus only on [adding more] grocery stores, but that’s too narrow—we need to look at all of the different ways communities meet their retail needs like community gardens, dinner swaps, mobile markets, buying clubs… I’ve even experienced senior centers coming together to carpool to local farms and grocery stores. We want to have a more expansive definition of what that can look like.

We understand that ultimately if we want anything to change with our food system, we have to address the land question. We really want strong land reform advocacy that prioritizes creating ancestral connection to the land instead of ownership. Capitalism creates an extractive relationship with the land and makes it about what we can get instead of how we can sustain ourselves and the land at the same time.

I think about our work on a continuum. We have emergency situations where we have to help a farmer keep their land, and we have to think more collectively [over longer time frames] about how we make sure we’re not repeating the same exploitative system. How can we make sure future generations have the land as well?

There are many people thinking about how to create land trusts. We also want to see this in urban areas, since urban farmers are losing their land too. Black Dirt Farm Collective is doing amazing things in that space and urban farmers are organizing.

What does a completely reimagined food system look like to you? What do you dream of seeing in the future?

It’s a system that’s much more creative, not capitalism-centered, with more tax dollars redistributed so communities can benefit from land owned by communities. I also want to see communities organizing at a larger scale, training more farmers, and creating a culture of good food. All of the junk food advertising would shift to okra, collard greens, all of the beautiful things we enjoy when we’re connected to the land. I want to see a shift to thinking about the sustainability of the planet. I want to see the people who grow, pick, and package our foods be able to support their families.

I hope to see that we can really make the connections between [the many ways] capitalism is failing us. We need to center joy and fairness if we care about our children’s children. Quick judgments about SNAP recipients are deviations from conversations that actually create change. Our food system is a direct reflection of how we show love for one another, and there’s always an opportunity to show that you care about people.