Klaas Martens grew up farming intensively with chemicals; now he and his wife Mary-Howell are organic devotees operating a thriving farm and grain mill helping boost the regional economy in upstate New York. 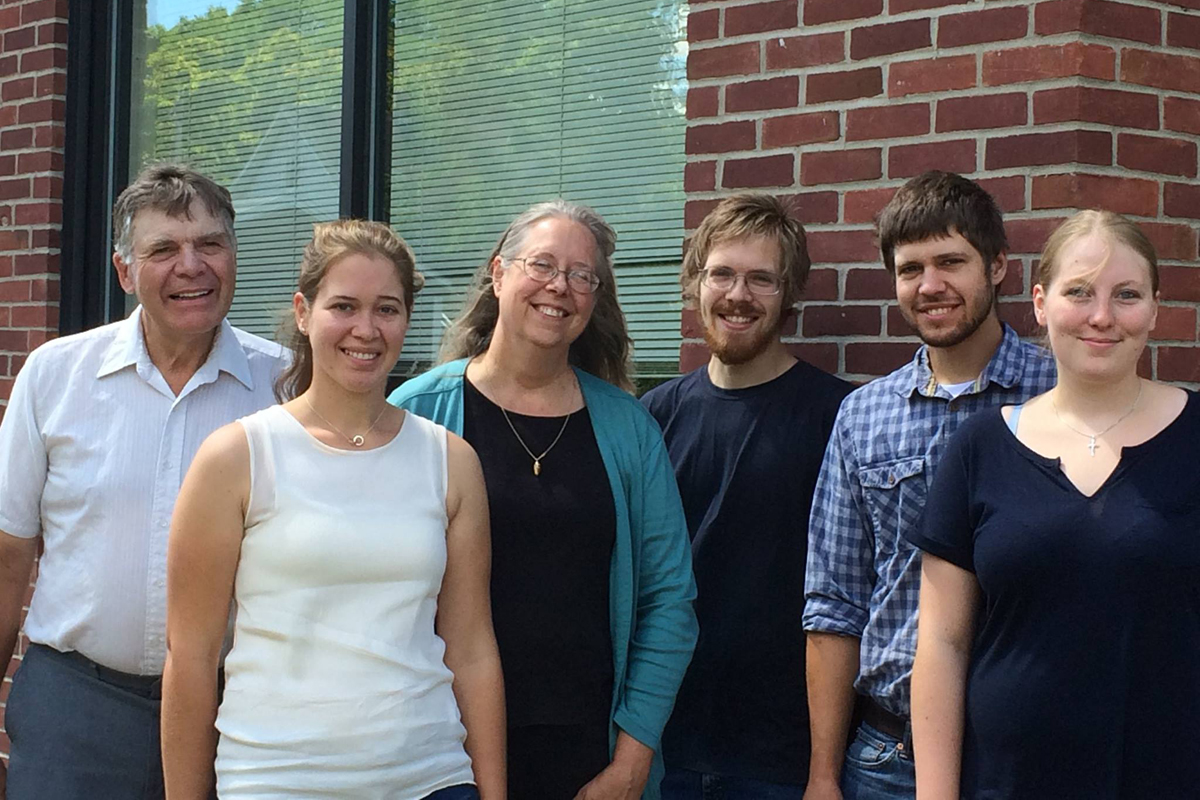 “The day will come, probably in the near future, when prophylactically killing pests and weeds with toxic chemicals and neurotoxins will seem primitive and irresponsible,” Mary-Howell Martens of Lakeview Organic Grain exuberantly predicts.

In addition to operating a feed mill, Mary-Howell, her husband Klaas, and their son Peter farm 1,600 certified organic acres of grains and vegetables in the Finger Lakes region of New York on land they both rent and own. If anyone’s predictions on the demise of conventional farming—using chemicals to control pests, diseases, and weeds—should be taken seriously, it is that of the Martens’.

Klaas, who is a third-generation farmer, and Mary-Howell started out decades ago as conventional farmers. In their early years, they relied heavily on external inputs like herbicides and synthetic fertilizers and routinely plowed soil left bare outside of the growing season.

Then, following a pesticide-related health scare more than 20 years ago, the Martens switched “cold turkey” from conventional farming. Today, they are highly successful certified organic farmers and well-respected leaders who never tire of sharing their expertise with anyone who asks, including those who doubt that organic farming can feed the world. 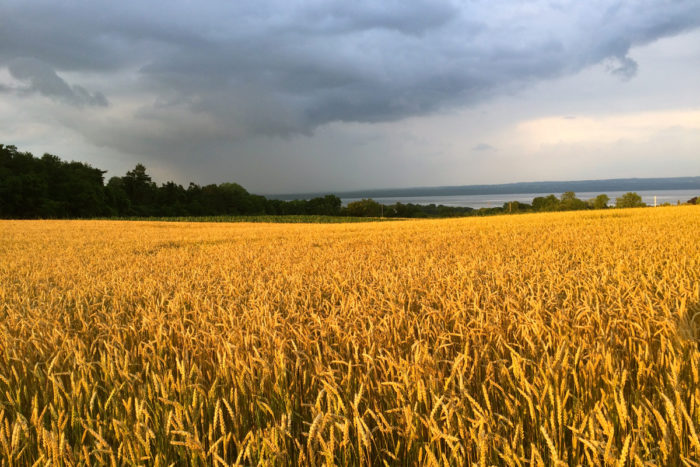 The couple’s influence stretches far: Klaas was featured as this year’s OGRAIN keynote speaker, and the two jointly gave the keynote presentation at the Canadian Organic Farmers Eco Farm Days 2018. They have contributed numerous articles to sustainable farming publications, were featured in several documentary films, won the Sustainable Agriculture Research and Education Patrick Madden Award in 2008, and have served on various government or non-profit boards associated with sustainable farming.

The couple are keenly aware that certified organic practices are often misunderstood. Many conventional farmers don’t understand how eliminating synthetic chemicals can produce healthier crops without sacrificing yields or profits, they say. Others simply want to substitute permitted certified organic sprays into their existing system in an attempt to reap the higher pricing associated with organics—but they do not make any other fundamental changes, such as using cultivation practices as a first defense against pest and disease concerns.

The Martens are also concerned about what they see as industrial-style organic farms skirting around the USDA National Organic Program’s standards, and in their view, seemingly operating outside the fundamental tenets that have guided the organic farming community since its inception.

“Often, organic farmers are defined by the ‘shalt nots’: no pesticides, antibiotics, synthetic fertilizers, genetically modified organisms [GMOs], growth hormones, sewage sludge,” Mary-Howell says, referring to practices that are prohibited by USDA Organic regulations. “But in reality, it is the ‘shalts’ that make organic farming possible. The secret for success in organic agriculture is the substitution of a more skilled level of management and observation, rather than the substitution of alternative organically-approved materials.”

“Organic farming at its best uses management inputs in the place of outside inputs,” Klaas explains. As an added benefit, “our costs per unit of production are lower today than when we farmed conventionally.” 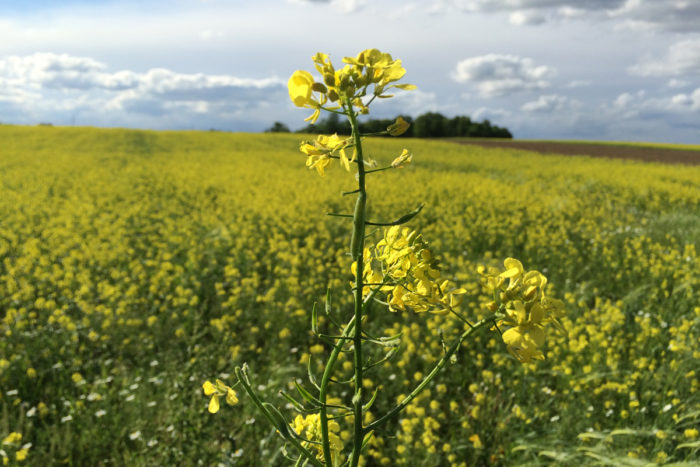 Yellow mustard fields are an important part of the rotational cropping system on the Martens’s farm.

When asked for a concise description that could convey the reality of organic farming, Mary-Howell has a ready reply: “intentional biodiversity.”

The Martens’s farm may feature amber waves of grain, but not with uninterrupted acres of a mono-crop often seen on a conventional commodity grain farm. Instead, it’s a patchwork. A field of spelt awaiting harvest may bump up against a field of soybeans ready to flower. As the Martens harvest one crop, they quickly plant another in the same location. Two crops, such as a clover cover crop planted between rows of a grain crop often share the same acreage.

“The total acreage appears to be much higher than our land base because over half of our land is double-cropped each year,” Klaas explains.

The key to this abundance is paying attention to the interaction between the crops and the role each crop plays in the farm system. As an example, Klaas highlights ancient grains—spelt, Einkorn wheat, and emmer wheat—now included in the farm’s rotations.

“Every new, well-adapted species we introduce to our system makes it stronger and more resilient,” he says. “Ancient grains have traits that make them more stress tolerant than our more highly specialized crops.” As a result, the system tolerates drought, increasing temperatures, and other less-than-ideal growing conditions much better. 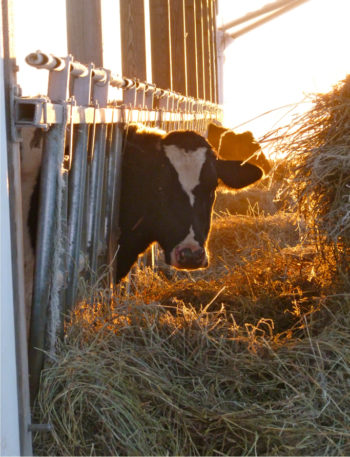 Animals, too, play an integral role. The Martens raise 70 or so heifers and dry cows for nearby dairy farmers. They feed them primarily on the cover crops, crop residue, and crop by-products—clover, barley or oat residue, and corn stalks. In exchange, the animals provide manure as a natural source for soil fertility.

“The goal is to feed the animals without reducing our production of other food crops,” Klaas explains.

Because of their expertise, the Martens work regularly with Cornell University researchers on trials related to soil health and nutrition, small grains breeding, weed science, and seed propagation. They also work with the Rodale Institute, perfecting no-till best practices, including crimping and rolling rye to terminate cover crops, then planting a soybean crop into the residue.

“The overall principle that has tied all of the research together is that every agronomic problem we encounter in farming can be relieved or often eliminated by introducing the right new species into our system at the right point,” Klaas says. “Every pest, pathogen, or problem that we encounter is rooted in a chemical or biological imbalance in our farming system and is a symptom of that imbalance.”

Jeff Moyer, the executive director at the Rodale Institute, first met the Martens in the 1990s when they visited the Institute to learn. “Klaas was eager to learn everything he could about organic production, especially weed management. Learning soon morphed into teaching as both Klaas and Mary-Howell excelled in their transition  an intensive conventional approach to a dynamic organic approach,” Moyer says. “Student and teacher both at the same time, that’s Klaas.”

In addition to their focus on biodiversity, the Martens have also worked to develop economic diversity on their farm and in their community. Two decades ago, they bought a defunct mill and brought it back to life as the Lakeview Organic Grain mill, which enabled them to find multiple markets for their crops—for example, their corn and rye are used for distilling, feed, and seed; their soybeans for seed, feed, and food; and their wheat for feed, seed, and straw.

The mill also revitalized the organic farming sector in the area. “The Martens have had a positive and lasting impact on the Finger Lakes Region,” says Moyer. “By creating marketing opportunities for their own farm they’ve created opportunities for the entire region. They truly are a model for how one farm can grow an organic community.”

Chef Dan Barber, who is a longtime customer of the Martens, credits the farm with widespread impacts, chronicled in his 2014 book The Third Plate. He calls the mill “one of the most vital contributions to the town’s economy,” creating jobs and incentivizing regional farmers to grow grains like triticale, oats, and barley, which improve the health of the region’s soil.

“In just two decades,” Barber writes, “Klaas and Mary-Howell have gone from harvesting a few organic grains to complex rotations that include heirloom wheat, vegetables, and legumes—many of them farmed on leased land. They’ve added seed production to the mix, and a seed distribution company to supplement the thriving mill and grain distribution business.”

The mill sells locally adapted seed and feed crops that meet the particular needs of organic farmers in the region. It buys grains from neighboring farmers, too, providing a reliable and equitable market for local operations. And it pays farmers a fair price and does so in a timely fashion—two things often missing in commodity grain sales.

“From the very start, we envisioned Lakeview Organic Grain as a community resource, providing the tools that our upstate New York organic farmers need to be successful,” Mary-Howell says. “We intentionally build the sense that this is a community, that we are all in this together.”

As the Martens learn new techniques and insights, they also actively share them with other farmers—in online forums, in published articles, at conferences, at farm open houses and on their Facebook page. “If we can help other farmers feel more secure, hopeful, and successful,” Mary-Howell says, “then our time is well spent.” 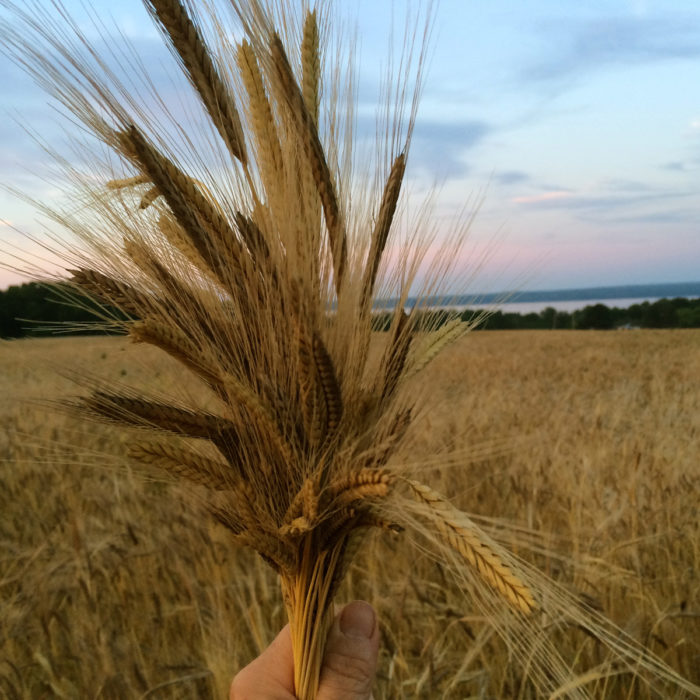 Their Future of Organic Farming

The Martens’ farm is now well into its second generation, with their 30-year-old son Peter farming independently and in conjunction with his parents since his teenage years. He has taken over the operation of some of farm’s rented land. The two farms, integrally linked, share the same shop, barn, equipment, and philosophy as father and son work the land together.

“Peter is of an interesting demographic of ‘next-generation organics’—these young people who grew up on organic farms, never learning to farm conventionally,” Mary-Howell says. “Organic farming is just normal to him.”

Soon, farming organically may be the only way, she continues.

“As the climate changes and we experience increasingly unpredictable weather and market conditions, a diversified, flexible cropping system gives us more chance that at least some of our crops will be adapted and successful each year,” Mary-Howell says.

The argument that organic farming can’t feed the world will be debunked in the near future, says Mary-Howell, as new technology allows larger-scale organic production.

Although he is a steadfast proponent of soil-based farming, earlier this month Klaas expressed an openness to gene-edited crop varietals, as long as potentially breakthrough technologies like CRISPR are used to “mimic naturally occurring varieties,” rather than serving to further corporate consolidation of seeds and expanding the use of synthetic pesticides and fertilizers.

The Martens currently use technology such as mechanical in-row cultivators, GPS systems, and solar energy generation.

“We are trying to use GPS for planting and cultivation, and we would use much more, but that is made unnecessarily difficult because of the poor internet service and poor tech support” in their rural region, Mary-Howell states.

“With diverse and well-planned crop rotations and the right equipment, we can now be completely true to organic standards and intent and grow high-quality, high-yielding crops with effective weed control on thousands of acres,” she says. “Organic farming is now on the cutting edge, and there is nothing old-fashioned about where this is going.”

All photos courtesy of Mary-Howell Martens.