This is Our Moment to Zero in on the Farm Bill

Congressman Earl Blumenauer says both the House and Senate farm bills maintain a deeply flawed status quo and weaken support for healthy food and sustainable farming. He believes there is a better path forward. 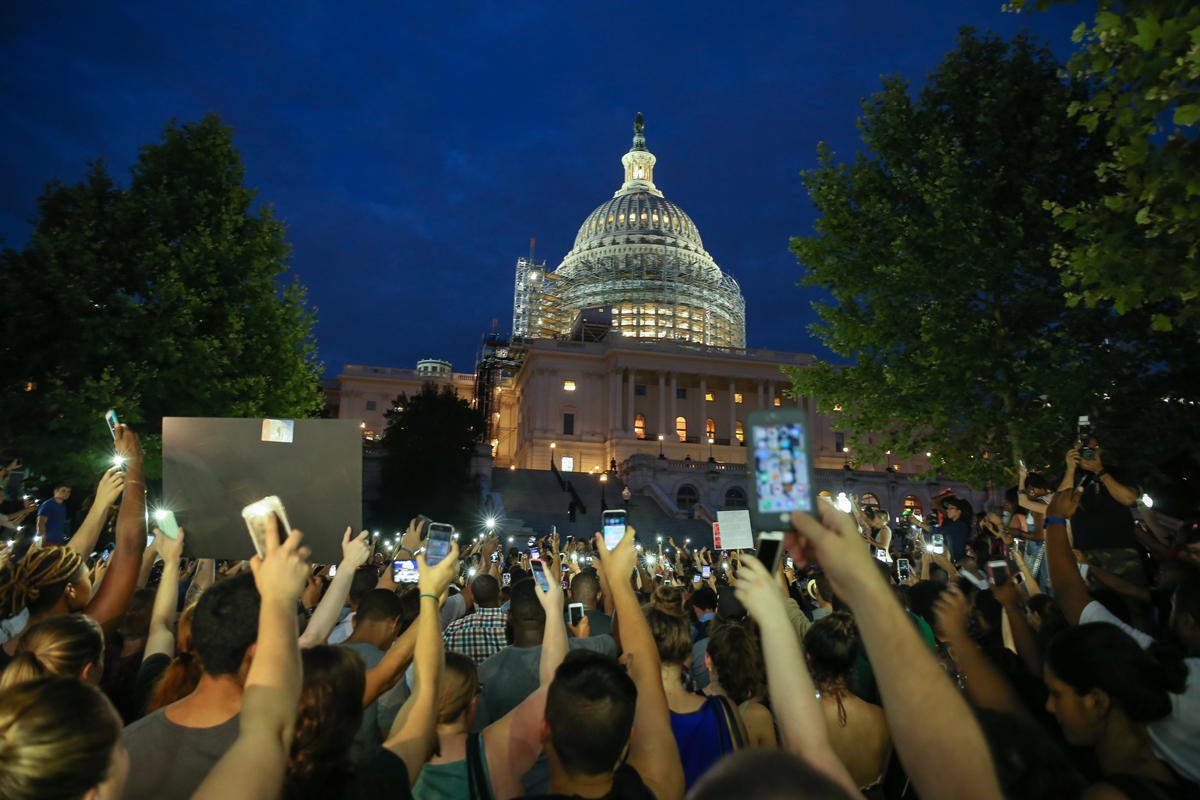 Health care, climate change, economic development, and jobs are some of the major issues at the heart of current American politics. And there’s major legislation making its way through Congress right now that impacts all of these areas and every American who eats. Yet, most people know nothing about it.

The farm bill has flown under the radar for too long, with large agribusinesses and their lobbyists exercising an outsized influence on our nation’s food and farm policy while the rest of the country is left fighting for crumbs. That is—unless more people raise their voices.

As Congress works to reauthorize a new farm bill by September 30, it’s time for everyone to wake up and get involved.

Sadly, our current food and farm policies fail to meet the needs of the American people. We pay too much to the wrong people to grow the wrong food in the wrong places. The federal government spends an exorbitant amount of taxpayer dollars to help the wealthiest and most powerful agriculture operations get bigger and more profitable. Recent data shows that the bill’s high dollar farm subsidy programs paid the same 28,000 farmers $19 billion for 32 straight years.

Meanwhile, small and medium-sized farmers and ranchers, the environment, and American families receive too little attention, too little concern, and too little help. This is unacceptable.

This Congress, unfortunately, only promises more of the same, and in some cases it has been working to make the situation worse.

In May, Republican leadership tried to force its farm bill through the House of Representatives. The legislation failed in a highly partisan, dramatic vote on the floor of the House. Several far-right Republicans, who want draconian changes to U.S. immigration policy, voted no. And every Democrat was unified in opposition to the bill’s blatant attack on those in need.

The controversial bill drastically cuts Supplemental Nutrition Assistance Program (SNAP) benefits, enacts burdensome requirements for recipients, and forces them to attend an untested, unproven job-training program with strict penalties. While these cruel policies alone should be enough to defeat the House Republican farm bill, they are only the most obvious of many egregious provisions in the bill.

The House bill takes the “savings” from cutting programs benefiting the neediest Americans and puts much of it in the hands of corporate farms, helping them get even richer, all in the name of the farm “safety net.” But current farm subsidy programs are less of a safety net and more of a corporate welfare program. The House bill doubled down by creating new loopholes for those who don’t need more help. For example, a farmer’s nieces, nephews, or cousins who do not even live or work on the farm would become eligible for additional farm subsidies.

Rather than investing in family farmers who grow real and healthy foods, the legislation helps large operations grow six commodity crops—many of which we already have in excess and are made into unhealthy processed foods. The bill also shortchanges farmers’ markets and local food promotion programs. All of this together puts Americans at greater risk of health problems, such as diabetes and obesity. We are subsidizing a diet that is literally making Americans sick.

The House bill also threatens our environment by further removing incentives for farmers to protect sensitive land. It puts wildlife habitat and water quality at risk. Rather than offering meaningful reforms such as rewarding performance-based conservation, the bill instead proposes drastic cuts to urgently needed conservation programs while failing to do enough for sustainable farming practices.

One of the most outrageous provisions in the bill is the King amendment, which guts consumer, environmental, and animal welfare protections and allows any state with strong standards to be undercut by states with weaker protections. The Harvard Law School’s analysis of the provision should be deeply disturbing for those who want states to have the power to protect their residents.

While the Senate bill is less harmful to low-income Americans and the environment, it doesn’t offer much for food reformers to get excited about. Weeks after the House bill failed, the Senate introduced its own version that, while not mounting the same attacks on nutrition and farmland-conservation programs, would otherwise maintain the status quo, and fails to implement badly needed reforms. As a result, both the House and Senate bills are a missed opportunity for Congress to seriously address our food and farm policies.

It doesn’t have to be this way. We can and should do better. After spending years engaging a wide variety of stakeholders to determine what a farm bill should look like for Oregon, I developed an alternative approach that is more just, equitable, and cost-effective.

The policies outlined in my Food and Farm Act would force the federal government to reset its priorities. It focuses resources on those who need it most, helping beginning and socially disadvantaged farmers get the support they need. It promotes access to healthy foods, expanding assistance for farmers’ markets and strengthening regional food infrastructure. It encourages investments in the planet, doubling resources for key conservation programs and reforms them to better help the environment. All the while, it cuts and reforms wasteful subsidy programs for commodity crops.

But it’s not too late. The next vote on the House bill has been delayed until later this month, and the Senate is just beginning its debate. Eventually, both chambers will have to come to an agreement on one bill to become law. This extra time is a gift for Congress and the public to focus attention on this critical legislation.

The next several weeks will be crucial in our fight for a farm bill that works for everyone, not just a select few. Now is the time for people across America to pay attention, find their voice, and get involved.