A new project in the Motor City is developing a model of equitable, sustainable, cooperative, community-driven food production. 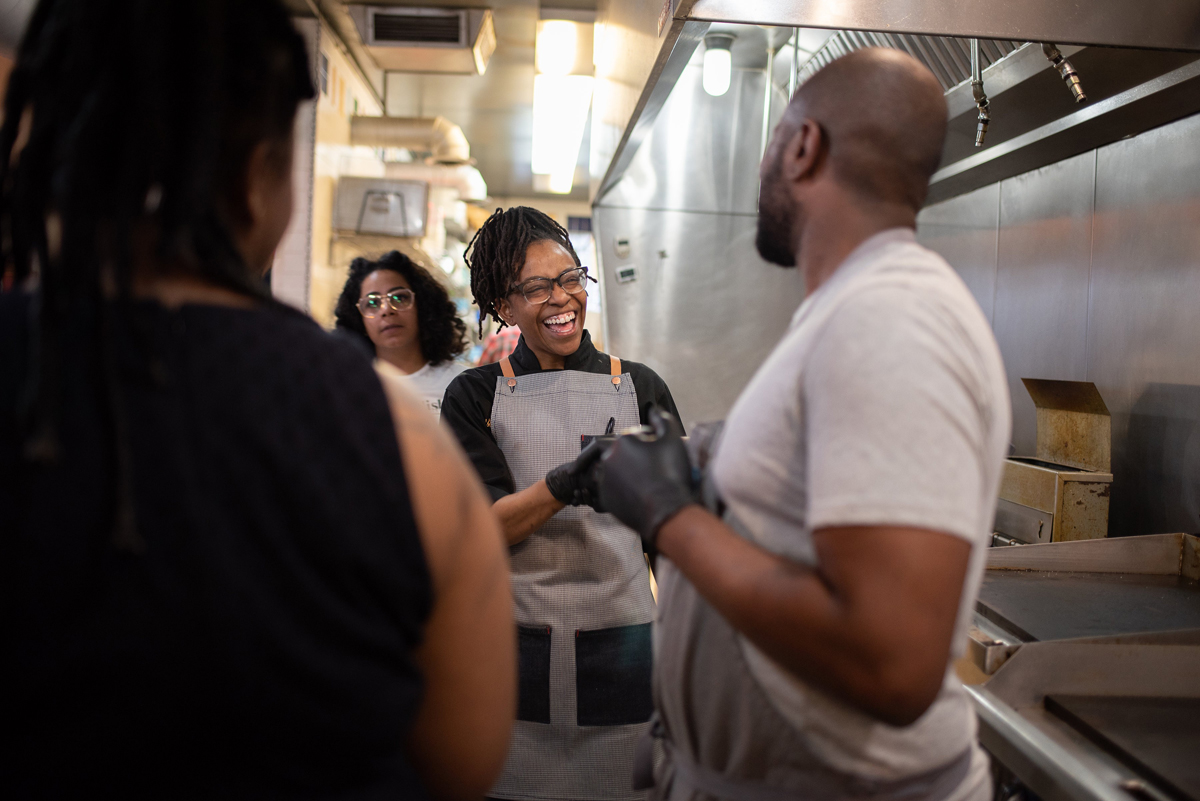 That’s despite that the city’s population is nearly 90 percent people of color.

So it’s worth asking: How would things look if the food system centered around people of color and other marginalized groups instead of white people? A new project called the Dream Cafe and Community Food Hub spearheaded by FoodLab Detroit and Allied Media Conference (AMC) is not just imagining that, but developing a model of “food production and service that is truly equitable, sustainable, cooperative, and community driven.” 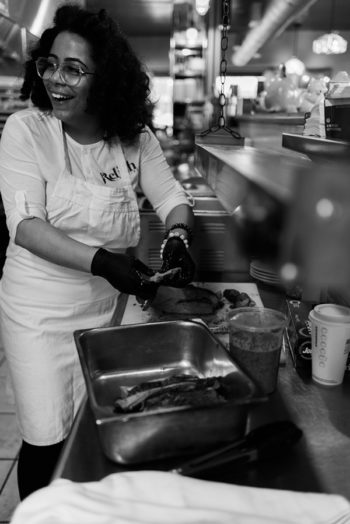 And though there’s a deeper goal in the Dream Cafe, the June 14 through June 19 event is a welcoming celebration that includes a temporary full-service cafe run by local black-owned businesses that will take over the Cass Cafe; a series of pop ups featuring local and visiting chefs; hands-on cooking workshops; and an outdoor market showcasing local producers.

The entire event is made possible by collaborative partnerships among urban farmers, local producers, local chefs, visiting chefs, the chefs’ crews, and food sovereignty organizers. In that way, the event not only imagines how things could look, but also celebrates all the work that people of color who live here are already doing.

Diners will find a wide range of foods and meals, from a Palestinian brunch to a pan Caribbean feast to a cooking exchange hosted by a multigenerational group of indigenous chefs. Beyond the food, there will be comedy, music, meet ups, a dance party, screenings, workshops, talks, and more.

The end game is culinary and economic sovereignty for marginalized groups, and the laying of a foundation for a stronger local food economy that benefits groups the food system often exploits. In that way, the Dream Cafe is looking at food not just as “food,” but as a strategy to build community resilience and autonomy.

As FoodLab Detroit director Devita Davison puts it, Dream Cafe seeks to deconstruct and decolonize the food system, and instead center it around different cultures in a way that we don’t often see in Detroit, or elsewhere.

“What does it look like to tear up every single negative notion about Black and brown people, about their labor being undervalued, and start talking about how we can build something better together? This is what it looks like when you tear all of that shit up and come together and build,” she says. 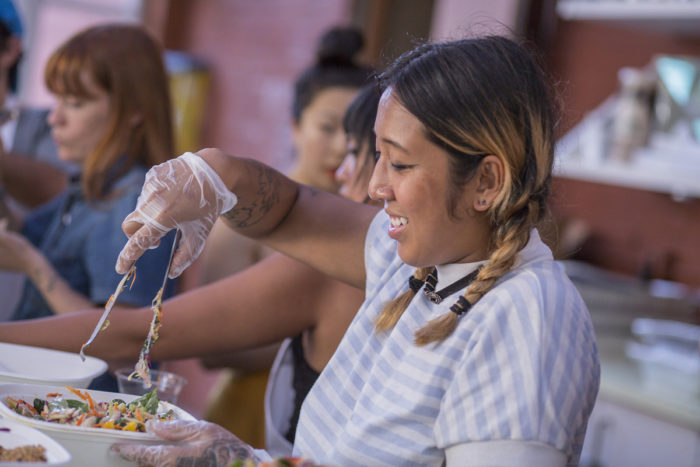 The project grew out of Allied Media Conference and Feeding Emerging Resistance Movements, Envisioning Nourishing Traditions’ (FERMENT) effort to develop a food component. Last year, FERMENT held a dinner that brought together Earthworks Farms and visiting Cambodian-American chef Chinchakriya Un and her Kreung pop up, but this year’s event is on a whole other level according to Ora Wise, AMC’s culinary director. She notes that the program is in line with AMC’s core principles that include cooperation, sustainability, network building, creativity, autonomy, and interdependence.

“We’re applying that to food on an epic level this year,” Wise says. “We’re building out a food component intentionally designed to empower people and center the voices of people who are at the margins … and whose cultures are exploited by the food industry. And we will learn from and celebrate the brilliance and resilience of Detroit”

FoodLab is running the full-service restaurant component of the Dream Cafe and bringing together their partner businesses. On June 14, Ryan Salter of Salt + Ko and Reniel Billups of Irie Occasions Catering will prepare breakfast; Friday will see Lamont Mitchell and Viana Rickett of Simple Goodness Detroit prepare breakfast with Le’Genevieve Squires and Brittiany Peeler of Relish Catering; Jerome and Samuel Brown of Detroit Soul and Doniss Hicks of Nu Sol Bowls will work together on the June 16 breakfast.

FoodLab program associate Ederique Goudia, who is also a partner in the forthcoming Gabriel Hall creole restaurant, bar, and music venue, notes that the collaborations between businesses and people in different parts of the food systems is partly what makes Dream Cafe so valuable.

“People are going to be collaborating with each other in ways that they may not have before,” she says. “That’s the exciting part—building a circle and building relationships with each other and farmers of color. They can build on those relationships as they continue on with their businesses.”

FoodLab is also organizing the outdoor market, which will be held from 11 a.m. to 5 p.m. on June 15 and June 16 on The Commons lawn across the street from Cass Cafe. It will feature FoodLab members and Black-owned businesses offering prepared foods, jams, teas, sauces, and other fare that one would find at a farmers’ market.

Among AMC’s exciting pop ups is Matriarchy in the Kitchen, which Wise describes as “an incredible collaboration by women of color across generations who are telling story about their food.” It’s an effort that features the cuisine of a queer Black chef from the deep south and a young Trinidadian and Jamaican chef of Supper Club From Nowhere and Kit an Kin.

Chefs from all of Dream Cafe’s events are mostly sourcing from 11 Detroit urban farmers of color, and the menus are largely designed around what those farms have available.

“We want to prioritize local growers, then work out from there,” Wise says. “The idea with all of this is is to build capacity and deepen relationships within Detroit’s good food movement, and strengthen an already inspiring, living local food economy. All of us who are from the outside are excited to be a part of that with Detroit.”

Stepping back and looking at the sum of it all, the Dream Cafe really appears to be creating a small model of what could be carried out on a regional and national level.

“It’s ‘Local Food 2.0’ This is the the beta version,” Davison says. “We in beta, baby, and then we gonna work out the kinks, work out all the bugs, and we gonna go across the country with it.”

This article originally appeared in the Detroit Metro Times and is reprinted with permission.