Who Gets to Define Heritage Breed Chickens? | Civil Eats

Who Gets to Define Heritage Breed Chickens?

Advocates say distinguishing heritage breeds is important for the long-term stability of the food supply and animal welfare—but a proposed certification is stirring up controversy. 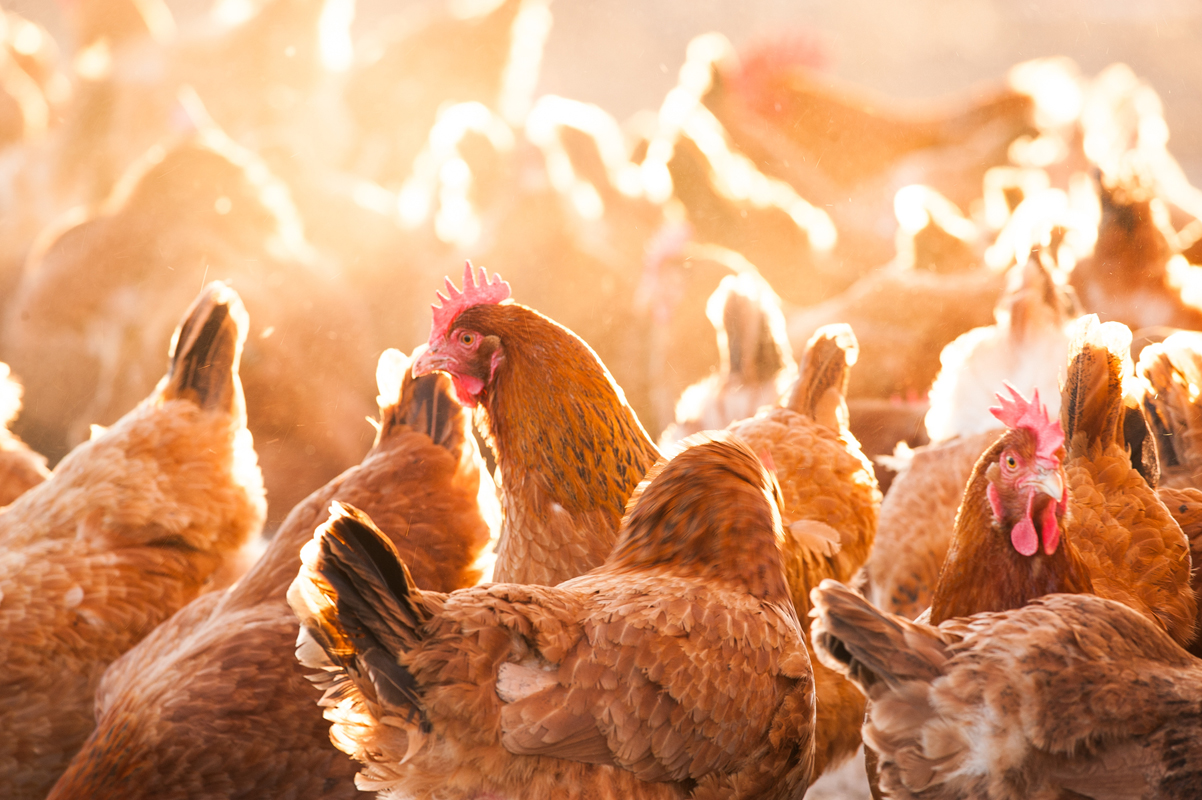 As consumer interest in heritage-breed meats grows, more companies are looking to get in on the market—especially when it comes to chicken.

In response, a group of farmers, business owners, and advocates are involved in a race to safeguard the term “heritage chicken,” to make sure it only applies to birds with a specific genetic profile that predates industrial animal agriculture.

Food and animal welfare advocacy group Farm Forward, for example, has been combing through hundreds of pages of U.S. Department of Agriculture (USDA) documents to determine how the agency is currently policing the term on food labels. It will also roll out an independent verification and “Certified Heritage Poultry” seal within the next few weeks in an attempt to address confusion in the marketplace.

The group and its allies say that protecting the true meaning of heritage chicken is essential to preventing the loopholes that have been created in relation to similar labels such as cage-free and grass-fed. The advocates point to a USDA petition already filed by one producer looking to define “heritage chicken”—which they deem to be incorrect—as evidence that the co-opting of the term has already begun.

Why does a term related to chicken genetics matter at all? At the root are two big ideas. First, that distinguishing heritage breeds from modern chickens will safeguard genetic diversity for the long-term stability of the food supply. Second, that many of the conversations around raising humane chicken production focus on giving the animals more space while ignoring the real cause of the animals’ suffering—the way they are bred to gain weight much faster than heritage breeds, causing multiple health issues.

“Good genetics are the most important factor in humane animal production,” says Patrick Martins, founder of leading seller Heritage Foods USA and another advocate for protecting the definition. “If the animal grows too fast, it suffers. Period.”

No matter who is talking about heritage chickens or turkeys, all roads lead back to Frank Reese, owner of Good Shepherd Poultry Ranch in Central Kansas. 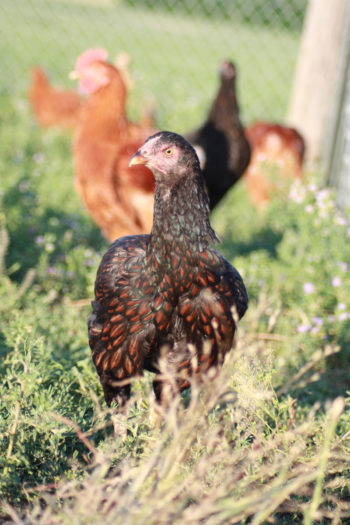 Reese is a fourth-generation poultry farmer—and one of the farmers featured in the upcoming film, Eating Animals, based on the book by Jonathan Safran-Foer and narrated by Natalie Portman. He is an exhausted evangelist for chicken welfare and thinks a lot of well-meaning people—from conscious consumers to animal rights groups—are making the wrong arguments.

“People think chickens are growing fast because of antibiotics or growth hormones. They grow that fast because they’ve been genetically engineered through multiple genetically mutated lines,” he says. “If I brought those chickens to my farm, they’d still grow to that size in that amount of time, and the animal pays a tremendous price. Ninety percent of all suffering that industrial chickens and turkeys go through isn’t about how they’re raised, it’s their internal genetics.”

Hybrid poultry breeding started in the 1950s as a way to produce a lot of cheap chicken quickly. Today’s industrial chickens have been bred to have large breasts (for more meat) and put on weight at an incredible rate. Both make it difficult for them to move around (since their legs are too small to support their body size), breed on their own, and survive past a young age. They also get sick easily since their immune systems are underdeveloped.

In recent years, animal rights activists have directed consumer attention to the way chickens are raised. For laying hens raised for eggs, that has meant getting them out of crowded cages, and companies like McDonald’s have committed to selling only cage-free eggs. For broilers raised for meat, it’s meant discontinuing the use of routine antibiotics and in some cases switching to slightly slower-growing birds and giving them more outdoor space outside of cramped barns.

But Reese says that ignoring the birds’ DNA while changing the conditions they live in can even be crueler. “Now you want to put these obese animals on pasture … and the poor things can hardly walk,” he says.

Add that argument to the fact that most heritage breeds are becoming very rare.

“Conserving history is definitely a significant part of why we [campaign to preserve heritage breeds], but our mission is also about keeping genetic diversity in agriculture,” explains Livestock Conservancy communications manager Ryan Walker.

Just like crop biodiversity is seen as crucial to managing the challenges of producing produce and grains in an era of climate change, Walker adds that livestock biodiversity can also be seen as protection against natural disasters and disease outbreaks.

“We don’t know what agriculture is going to look like 100 years from now, and we may need the traits these breeds carry in order to meet challenges that arise in the future,” he says. For instance, some heritage breeds can survive outside for longer periods of time, can be resistant to disease and parasites, and have more intact mothering instincts.

For all these reasons, chef Antoine Westermann serves heritage chickens at his poultry-centric restaurant Le Coq Rico in New York City, but he also points to an additional benefit: they have incredible depth of flavor.

“[Heritage birds] have time to develop flavors that quick-growing birds don’t, and they actually reveal a terroir, like fine wine,” he says, noting that he’s become a sort of “poultry sommelier” over the years. “Beyond that, I believe that when an animal lives a good life, you can taste it.”

More than 50 endangered heritage chicken breeds exist, and few farmers other than Reese are raising them commercially. In 2009, the Livestock Conservancy issued an official definition of heritage chicken specifically to draw attention to the endangered breeds and support long-term conservation.

It was supported by many in the industry, including Reese. According to the definition, a heritage chicken must meet four criteria. First, it must be on the American Poultry Association’s list of “Standard” breeds, which includes breeds recognized prior to 1952 with genetic lines that can be traced back generations.

It must also be produced through natural mating, be able to live a long, active life outside, and have a slow growth rate that means it reaches market weight in no fewer than 16 weeks. (Industrial chickens are reproduced via artificial insemination and typically reach market weight at about seven weeks.)

After USDA’s Food Safety and Inspection Service (FSIS) issued guidance on how they would evaluate animal-raising claims on labels, those in the industry were under the impression that the agency would use the Livestock Conservancy requirements to evaluate whether a company could use heritage chicken on its label. But they started to notice the claim on some chickens that they felt didn’t qualify. 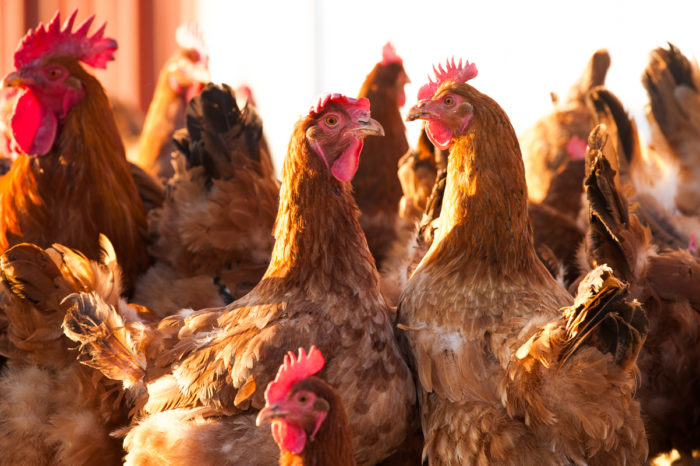 “By and large, I think what they’re doing is great,” says Andrew deCoriolis, Farm Forward’s director of strategic projects and engagement, of Joyce Farms’ work. “But it’s not heritage [because of the breed]. This is about the actual label claim and how the USDA is interpreting it.”

Last July, Joyce Farms stirred things up further by filing a petition with the USDA to add a heritage chicken classification rule—which would spell out when the term “heritage chicken” can be used on a label—where one currently does not exist. (Rulemaking is different from “guidance” in the complicated world of government agencies.)

The definition of heritage chicken they requested in the petition did not include some of the Livestock Conservancy’s requirements. Most notably, the proposed rule did not include that heritage chickens would have to be verified as APA Standard Breeds. This would potentially mean that any slower-growing chicken, regardless of its genetics, could qualify for the label. The petition also defines slow-growing as reaching market weight at 12 weeks, versus the Livestock Conservancy’s 16 weeks.

(In response to a request for comment on whether heritage should include a breed requirement, Joyce Farms emailed Civil Eats saying that they believe heritage chickens “should be slow-growing … suitable for outside (pastured) production, have a carcass appearance reflective of older breeds… be able to mate naturally, and generally have colored feathers.”)

No one disagrees with these broad requirements; it’s what’s not in the definition—the specific breed requirement—that’s causing the contention.

DeCoriolis is quick to point out the fight is not with Joyce, a small farm that shares a lot of the same values as it is with those on the opposite side of the issue. But he fears that if what Joyce proposed as a definition were approved, it would be much easier for large, industrial producers to take advantage of and bastardize the label.

That’s why his team is quickly moving the “Certified Heritage Poultry” program forward. Two producers will begin using it on eggs within the next few weeks, and others will follow soon after.

“In our minds, heritage breeds are the only breeds we think can truly be separated from the factory-farmed industry,” says DeCoriolis. “If we can’t protect these terms and help [Reese] and others differentiate what they do, they won’t be able to compete. Having a certification behind that effort, he adds, “will give us some legal protection to police the term.”

Farm Forward is also helping Reese establish the Good Shepherd Poultry Institute, where he plans to educate more producers on the importance of heritage breeds and how to raise them and invite groups like 4-H and college students to learn about the issue.

“My mission is not to shut down factory farms,” Reese says. “My mission has been to save these breeds from disappearing off the face of the earth.”

This article has been updated to clarify which companies have made commitments to slower-growing laying hens and broiler chickens.