Growing California Rice and Almonds Against the Grain | Civil Eats

Growing California Rice and Almonds Against the Grain

These two crops are often treated like commodities in the state, but Greg Massa and Raquel Krach have prioritized a high-functioning ecosystem on their farm while selling direct to customers. 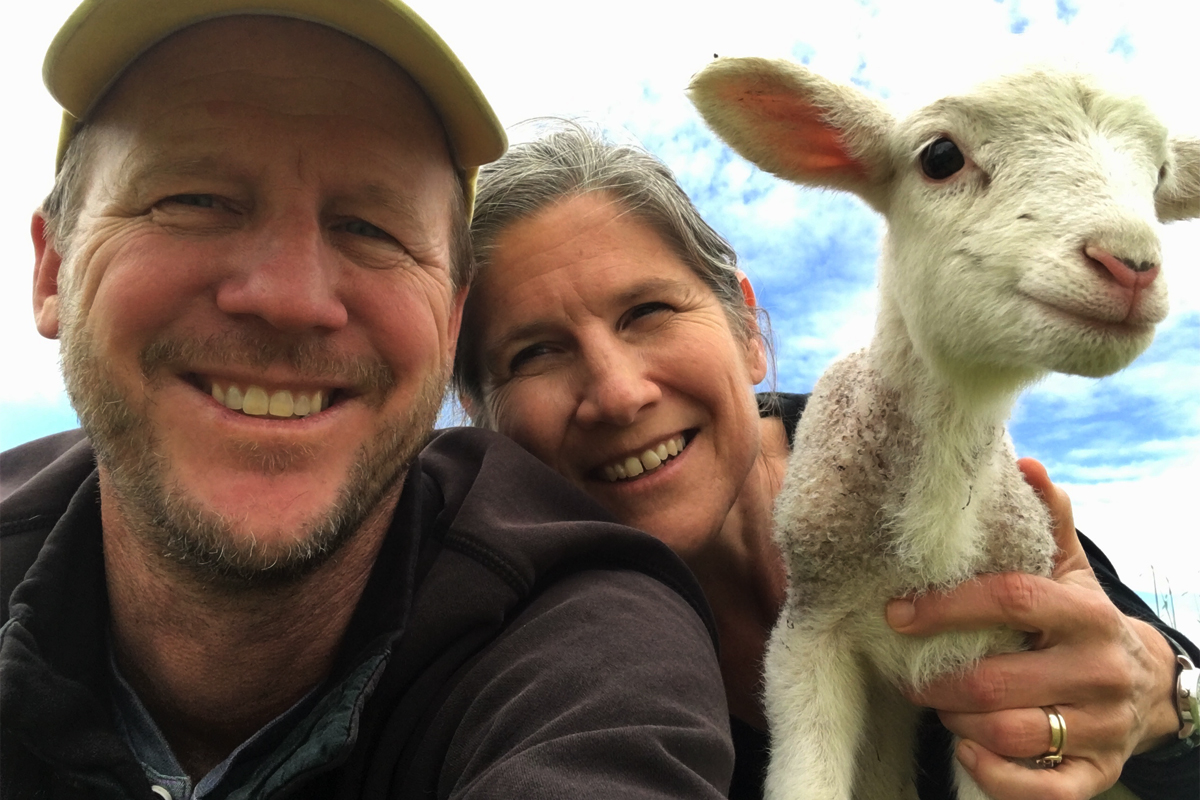 In his now-weathered, century-old diary, Manuel Fonseca penned an entry in Portuguese about the many challenges he faced as a new immigrant trying to grow rice in California’s Sacramento Valley. Fonseca planted his first crop in 1916 and found himself wrestling with an alarming number of weeds in the paddies.

Despite the challenges, the farm survived, and three generations and a century later, his great-grandson Greg Massa is still growing rice, along with his wife Raquel Krach. Although Greg’s father, Manuel Massa Jr., opted to use herbicides, Greg has chosen to farm organically, meaning he’s facing the same weeds as his great-grandfather, which are difficult to remove once he floods his fields with nourishing waters.

“We farm organically because we think spraying poison on food and on our environment is wrong,” Massa says. But being an organic rice farm has been anything but easy, requiring Massa and Krach to employ an arsenal of farming techniques: crop rotation, cover crops, field preparation, timely planting, and deep water followed by drought stress to restrain weeds.

“Rice is difficult to grow organically with modern varieties that were bred for high inputs of nitrogen and herbicides to kill weeds,” Massa explains. “Sometimes it works, sometimes it doesn’t. We’ve tried using goats, mowing, and spraying vinegar with limited success.”

Set on 200 verdant acres in Hamilton City, Massa Organics farms rice, almonds, sheep, and pigs. Sandwiched between two majestic national forests, the Mendocino and the Plumas, with the Sacramento River at its feet, Massa Organics is 15 miles from the university town of Chico. 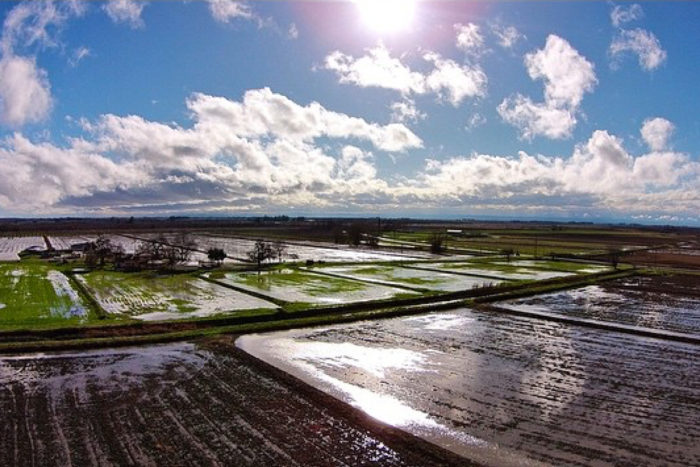 Though rice, which Massa sells to restaurants in town, is its primary selling staple, the farm also sells its grass-fed ground lamb at the Chico farmers’ market and raw nonpareil almonds, jars of almond butter, lamb, and pork to farmers’ markets in the Bay Area

In a rice industry dominated by larger producers like Lundberg (which does its own conservation work), Massa Organics is the rare independent brand selling directly to its customers through markets, CSAs, and small retail stores using social media as a marketing tool. Rarer still is the Massa approach to farming as a means of ecological work. The couple views each crop as part of a fully functioning ecosystem—the rice as part of a pond ecosystem and the almonds part of a woodland ecosystem—that relies on biodiversity and natural relationships for crop health.

An Ecological Approach to Farming

Massa and Krach both have Masters’ degrees in ecology and moved to the farm in 1997 with hopes of re-thinking his family’s approach to conventional commodity farming. Though they could have entered academia, the pair was inspired by Krach’s agroecology research on Costa Rican tropical tree plantations growing right next to rainforests without harming them.

“I was doing my research on this actual plantation and thought, ‘This is kind of weird that I’m doing this in a research-based situation when we have a real farm,’” Krach says. Hoping to engage in applied ecology that made an immediate difference, she convinced Massa they could convert his family farm into a living experiment.

“We chose organic farming as a means of doing conservation work because our methods promote biodiversity by mimicking natural ecosystems,” Massa says. 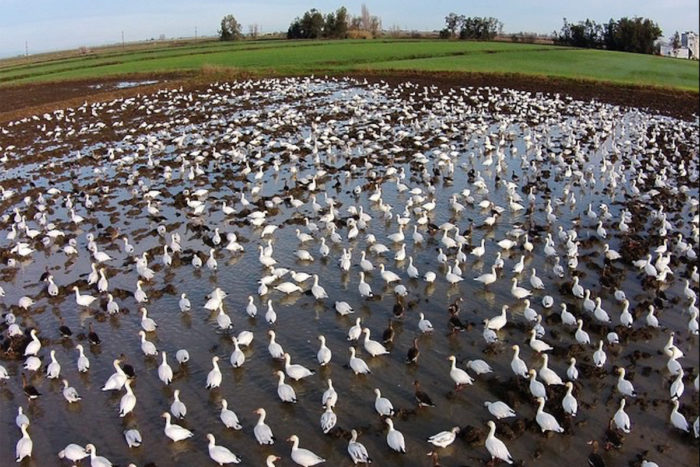 Snow geese spend a winter morning on the farm in this photo from a drone flying over Massa’s fields.

Like Massa’s ancestors, he and Krach chose to farm medium-grain Calrose rice, a versatile variety bred specifically to flourish in California. The result is a sweet, nutty brown rice high in fiber and taste that Charles Phan, executive chef at the renowned San Francisco restaurant The Slanted Door, serves and swears by. But its taste isn’t the only reason that Massa and Krach chose Calrose over jasmine and basmati varieties.

“Small farmers in Thailand sell a little jasmine rice, and they’re reliant on that for their income,” Massa said. “Many generations of Thai farmers worked to select jasmine rice to make it what it is. We decided early on we were not going to grow jasmine or basmati because it felt too much like stealing their genetic heritage.”

Soon after taking over, Massa and Krach began to transition the land to organic, eventually diversifying the operation, adding almonds, wheat, and several heritage breeds of animals to the mix. By 2002, the rice operation was certified, and the rest followed over the course of the next eight years. Today, their whole operation is certified organic. 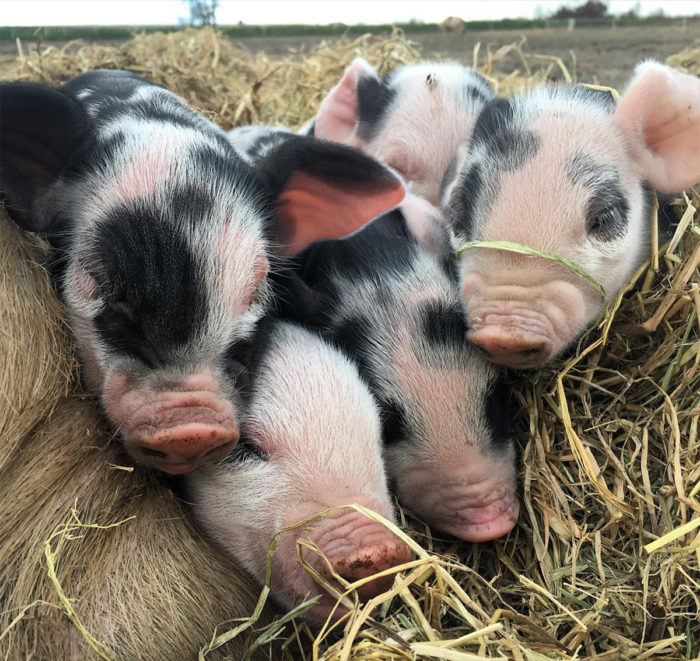 Some of Massa Organics’ piglets.

Krach and Massa have pioneered a natural grazing pattern for their sheep, converting their 30-acre almond orchard into a natural woodland. Every morning, and sometimes in the afternoons, Massa and Krach move an electric fence to cover a different 6,000- to 8,000-square foot area, guiding 100 Dorper sheep and lambs to a new patch of orchard.

Mimicking the ancient patterns of pack herbivores like pronghorn antelope, the sheep graze happily on perennials and other grasses. In the process, the herd replicates a natural woodland ecosystem—one that consists of mature trees, understory plants, large mammals, small mammals, birds, and insects all living in symbiosis that serve the crops well.

The woodland environment attracts beneficial insects that protect against pests, and the grazing animals naturally remove weeds, fertilize the almond trees with their waste, and create a richer soil for insects and thus a richer food source for birds.

Massa and Krach pasture their 120 pigs as well. In addition to creating natural fertilizer, Krach says the pigs provide a plowing function for the farmers, digging up stubborn weeds, and are mostly fed rice, wheat, safflower, and hay that is grown on the farm. “They’re part of the cycle,” she says. “If they tear up the ground, we can just plow it and move them out.”

Agriculture is intricately connected to the larger web of life for the pair. “Everything we do with the animals is totally counter to mass production,” Krach says. “Letting them live like they should is the only way we can imagine.”

Spring is a lively time for Krach, as she manages their animal operations. Most of the 45 ewes are pregnant this time of year and hungrily mow down the tall grasses by at least a foot over three or four hours in the field. Krach finds it hard to go inside when she’s standing in three-foot grass watching her ewes and 11 lambs, the babies frolicking in a beautiful pink sunset. 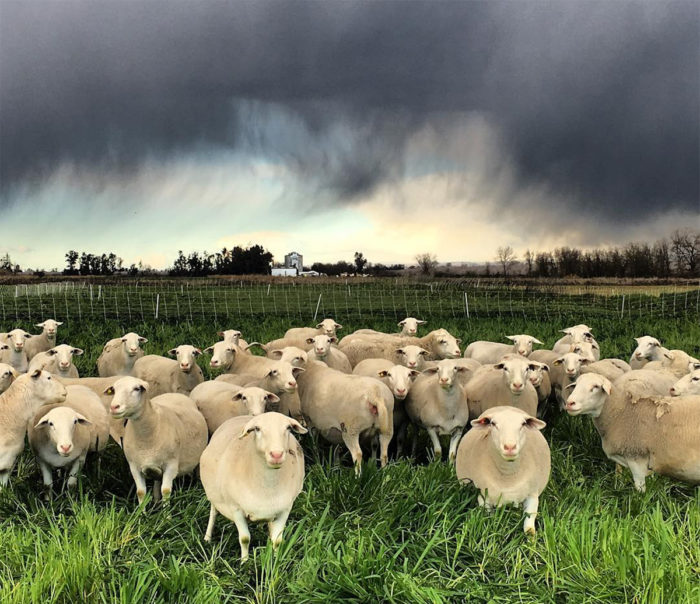 Sheep before an approaching storm.

“It’s pretty idyllic,” Krach says. “It’s hard work, but raising the sheep is fun, and it’s lambing time, so I can’t get enough of them.”

Soon, the lambs will go to the farmers’ market to be sold. Krach sees letting the animals go as part of the cycle and hopes to educate omnivores about where their meat comes from. “We hope we can teach people and they can learn about [how we raise animals] by knowing our farm or buying our products,” she says.

Water Limitations and an Ecological Lifestyle

Almonds, like meat, have often gotten a bad rap as a water-thirsty crop in drought-ridden California. But as an almond farmer, Massa sees much of that response as scapegoating.

“Yes, it takes some water to grow [almonds], but if you look at what you get out of these nuts, [it’s worth it],” he says. “They’re really full of health benefits—they can regulate your blood sugar and hold your hunger at bay for several hours. I’d challenge you to find another crop that could do that.”

Greg says rice used to have a similarly bad rap. “In terms of water used per serving, rice can be pretty good. Lots of crops use a lot of water, and in most of California, you can’t dry-farm everything.” 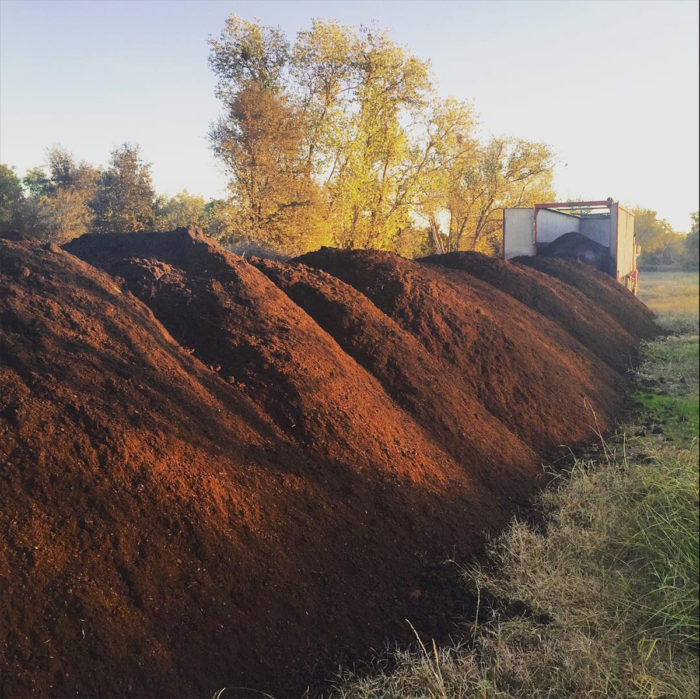 150 tons of compost to be spread on the Massa almond orchards.

With two water-intensive crops, Massa Organics is fortunately situated just a few hundred yards from the Sacramento River near its intersection with Stony Creek. Half the land is in an irrigation district with water rights from the river, and the other half of their water comes from what Greg called “very good groundwater,” with minimal sinking of the ground.

Massa and Krach’s dedication to ecology and conservation—a view of the bigger picture that goes far beyond profits—has also inspired innovation. They live in a well-insulated, energy-efficient rice straw-bale farmhouse, use solar panels to provide approximately 90 percent of the farm’s energy, and use biodiesel made from vegetable oil they recycle from local restaurants to power most of the farm’s vehicles.

“Our background in ecology directs everything we do on the land,” Massa says. “We’re always looking to stack enterprises, integrate processes, grow new things, and grow them better.”

Dakota Kim is a freelance journalist whose work has appeared in the Los Angeles Times, the New York Times, NPR, and elsewhere. Read more >